Lovin' the washover in Holgate ... 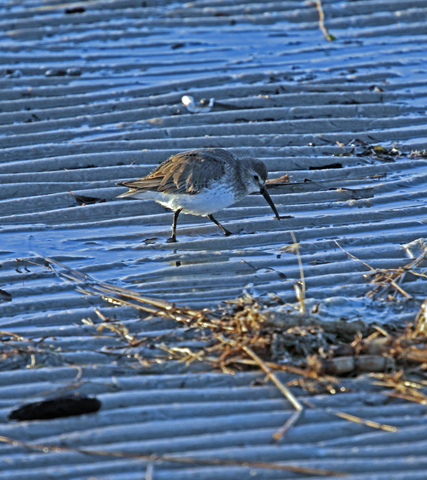 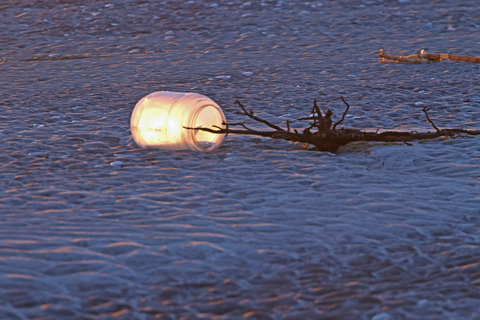 Monday, January 25, 2016: I’m neck-deep in work following the storm. I did go back to Holgate today just to see if maybe I was suffering from some form of post-storm stress disorder – and was hallucinating. Nope, the first mile-plus of the refuge area is wrecked to hell and back. Even worse, I thought maybe a touch of sand return would be showing. Not a grain’s worth.

Here is a video of the dune-building being done in Holgate. Not exciting but it’s good to see the process proceed. http://www.youtube.com/watch?v=h5spy4lLTeE&feature=youtu.be .

By the by, Beach Haven is also going through the self-build process.

PROPERTY DAMAGE READ: I’m going to catch unholy hell for saying this but that storm, locally, was far more drama than damage.

Oh, hell, I know the beaches and many a dune ate it big time, Holgate particularly. But property damage totals will show a bare minimum of loss.  In Beach Haven, hardest hit by the flooding, commercial property damage was thwarted, in large part, to very clever sandbag placements. Seems that businesses along the Boulevard in Beach Haven have an effective sandbag strategy. In fact, sandbags at the ready is now the new norm.

Yes, there was some leakage. I’m sure the Depend® people will devise something for that.

Overall, the Blizzard of January 2016 was a highly memorable storm but far from a life-altering hit.

Admittedly, I’ve been downplaying this entire weather affair. I’d rather rely on data than drama. I can then keep a healthy and sane storm perspective when other storms arise. And they will surely arise -- as they always have. If I see a future storm with all the scientific/meteorological hallmarks of this one, no sweat. It’ll be another wet time in the old town tonight – break out the sandbags. Lesson learned.

OVERPLAY KILLS: Is anybody beside me balking a bit at the high-profile way newscasts played up the Ocean City/Cape May storm hit as being “Worse than Sandy.”

I was here for Sandy … and I now see what they just got down … and it’s not even close. There’s a dangerous disconnect here somewhere, even though the flood heights down there were, admittedly, way up there. A certain destructive dynamic was fully missing. I have no idea why.

I promise I’m not playing some sort of “our storm was bigger than your storm” game. It is once again the need to maintain a healthy storm perspective to get a sound read on potentially deadlier storms of the future.

Imagine a future storm, with Sandy-like intensity, aiming for OC or Cape May. And everyone there thinking, “Oh, we got through that blizzard that was worse than Sandy. We got nothin’ to worry about this time.” Seeya.

For me, one of the main defenses I have for living here -- on the edge, as it were -- is I’ll be plenty informed enough to know when it really is time to hightail outta harm’s way. The only way I, or anyone, can make that life-and-death call is to have a full command of the threat level of approaching storms – based on data over drama.

Acme wastes no time getting into the ocean flow of waste.