Monday, January 02, 2017: Well, the weather held my vacation in good stead for as long as it could ... Get that calendar, dang ya!

You gotta check this out .. when making new plastic dangle baits for this year: http://www.youtube.com/watch?v=l1RDt0DfJa0

Below: Into some high-flying action ... for reel.

"Kennedy flying a kite for the first time today and loving the fishing pole starter for beginners. She enjoyed it for about 25 minutes then wanted to run on the beach." 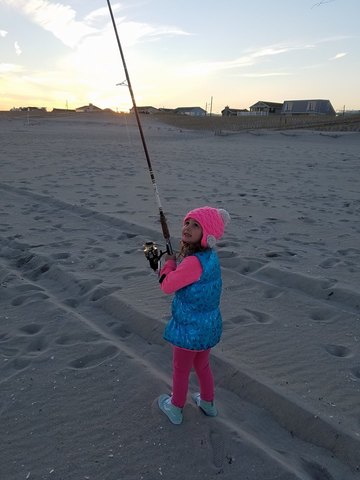 New Year's Eve through New Year's Day: all home-made (crackers, too!), & as I groan in memoriam, all I can say is...thank goodness we work the heck out!!! 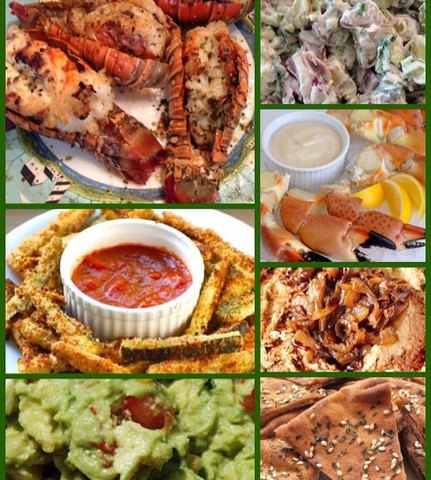 Monday, January 02, 2017: Happy New Year ... now get back to work. We have to ready our American lives for a new-ass president. Here's hoping he doesn't even know Long Beach Island even exists, lest he make a little inauguration gift of it to the Russians. Below: Putin getting in the swing of new relationships with the US. 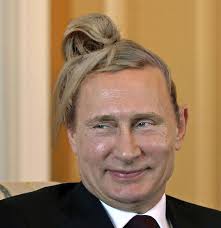 I hate to say it but we could see a spot of winter by week's end. Right now it looks like the coming weekend might try to get white all over us. It all comes down to how offshore or glassy the winds become, both of those keep the air cold enough. The ocean remains very mild, at 45 degrees, so any onshore wind component would mean rain along the coast and snow inland, possibly nearby. And where have you heard about that syndrome before? Three inches possible. Very cold after that but a rapid warming trend then possible.

As to fishing, tog, hake and (I'm guessing) cod might be awaiting near deeper structures.

Well, the weather held my vacation in good stead for as long as it could. Now it’s loosing rain for 48 hours straight, helping the water table but screwing up my efforts to get at a very deep dump, located in the suburbs of Timbuctoo.

While the large dump is not all that old, only dating back to the 1920s, it offers a load of old milk bottles, the type with the cream-catches at the top. Most of them are Millside Dairy of Burlington County, though I did once find a Mathis dairy, Tuckerton, there. I'm finding so many Millside bottles I'm just leaving them behind. Hey, it's along haul out so I have to prioritize. Next time there, I'll do a video so you can get a feel for the place, that is if it stoops raining. Below: Cream-catch bottle, example. 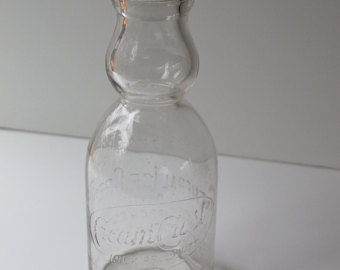 The problem is there’s no truckable way to reach it. I have to settle for a couple-mile mountain bike peddle, through sugar sand and quad-made moguls/whoopies. Try upping and downing on those on a bike while hauling nasty digging equipment.

I’ve been digging a beyond-remote dump. While it’s not all that old, only dating back to the 1920s, it offers a load of old milk bottles, the type with the cream catches at the top. Most of them are Millside Dairy of Burlington County, though I did once find a Mathis dairy, Tuckerton, there. The problem is there’s no truckable way to reach it so I have to settle for a couple-mile mountain bike peddle, through sugar sand and quad-made moguls/whoopies. Try upping and downing on those on a bike while hauling nasty digging equipment.

BARNEGAT BAY GROW OUTWARDLY: I got an interesting question about where, exactly, Barnegat Bay extends. I responded: Hereabouts, flooding is by the numbers. That why it’s utterly astounding how many coastal souls don’t keep those numbers in plain sight. I’ll explain.

This is the time of the year for calendarizing. I see your new one, with admirable sights by the monthload. We have stunning photos of the surf, shore, LBI, Barney,  pets, fishes, birds, sundry forms of wildlife – all happy shining scenes. Well, let’s see how well those calendars float you when waters rise.

I’ll bet less than 10 percent of coastal homes have tidal calendars, which – to be duly dramatic – can be a matter of life or sinkage.

Oh, I wouldn’t dare suggest you should nix your monthly look of kittens and puppies percolating about inside a laundry basket. Cute but clueless. How in bloody hell can you not also have a calendar that shows that early next week, at the height of the intensifying nor’easter, we’ll already be dealing with astronomical tides pushing 6.2?! 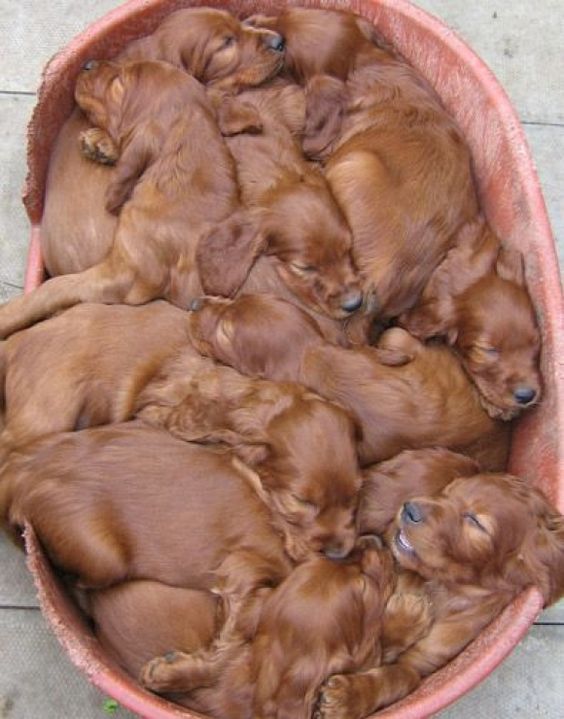 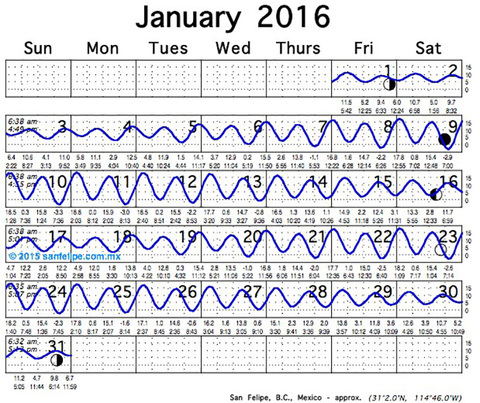 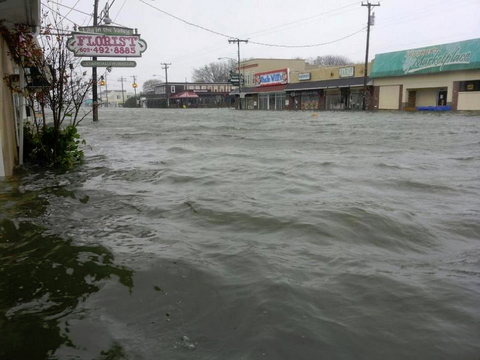 See that, you don’t even know that 6.2 means water would already be leaking across the Boulevard even without the frickin’ storm, which will add on the addition tidal hikes. Yikes. As over 2.5 feet worth of yikes!

You see where I’m going with this tidal calendar thing … right?

I’ll tell ya what, let me put a kinder and gentler convincing face on the subject. Let’s say the kids/grandkids/friends are all coming down on Saturday. They live and breath beachcombing. Great. It’s fall and the Holgate end is open to goodie grabbing. In fact, it should be shelling heaven out there. So, you pack everyone into three separate vehicles and arrive in Holgate, the gang rushing onto the sands toting plastic bags, backpacks and absurd fanny packs. They reach the beach only to find a 5.9 ocean high tide covering the sands, with suds sniffing around all the way up at refuge’s “Keep Out” signs.

Below: Wrong beachcombing tide in BL. 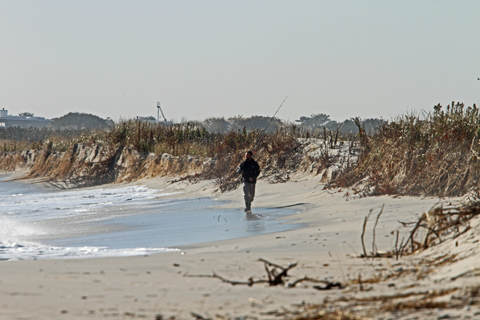 Oh, the shell collecting that very day would be epic. There would even be a 1737 Spanish coin and a dolphin vertebrae found … during a -2.0 low tide. Instead, you just displayed coastal-life cluelessness – and tidal calendar lackingnesss -- by bringing the now thoroughly bummed gang to the beach six hours too early! 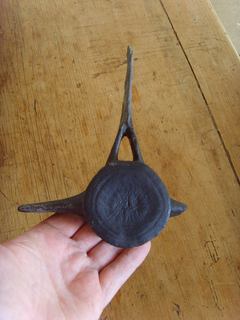 We live in a place where things can go sinkingly south in just a single tide or two, as evidenced by more recent sudden-sinking experiences, like the out-of-nowhere 2011 Halloween Storm high tide and the ’92 Storm, the later capturing more LBI vehicles, dead in their tracks, than Sandy.

OK, I’m sure not saying tidal calendars will in any way thwart such tidal sneak attacks. In fact, in sneak attacks, they tend to offer what might be called an educated escape window. Hint: When a thoroughly pissed off the ocean is in play, you might want to time a get-away with, say, low tide. “So, Jay, what time would that low tide be?” Well, let me check my tidal calendar … like the one you don’t have! Can I get Sam Kinison scream here?

Below: Note that the '92 storm had a higher tide mark in AC than Sandy. Hurricane of 1944 and Sandy were neck-in-neck.

I don't recall that record low tide of 1978 but it must have been insane.

I took tons of photos in 2016. This weird one taken at low tide in Holgate ended up my favorite: 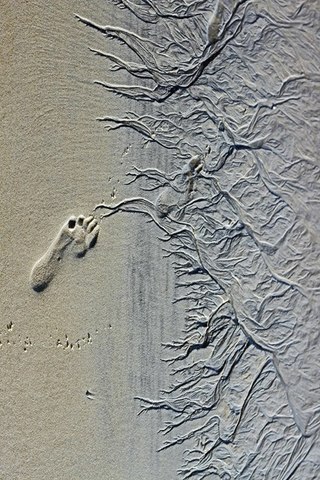 Well i had 3 Van Staal's Fishing reels stolen from my garage yesterday,I cant prove who took them,Called the police and since there are know witnesses there is nothing i can do about it.All reels total cost are $2400 Witch is a felony..I'm so hurt right now and i just feel like crying..

KUSA - Furniture Row Racing’s Martin Truex Jr. was named the 2016 Driver of the Year by NASCAR.com.

Truex was also named Driver of the Year by the Eastern Motorsport Press Association (EMPA).

In addition, Furniture Row Racing, along with Team Penske, received honorable mention recognition for Team of the Year. That award went to Joe Gibbs Racing.

Also receiving honorable mention recognition was Chris Gayle, who joined Furniture Row Racing as crew chief for the team’s new entry in 2017 — the No. 77 5-hour Energy Toyota to be driven by Erik Jones.

Gayle was the XFINITY Series crew chief for Joe Gibbs Racing No. 18 entry in 2016. The Crew Chief of the Year award went to Chad Knaus of Hendrick Motorsports.

Funny back story with this week's video. Set-up in a quiet place in the woods, when around the 4 minute mark out of the corner of my eye a couple of kids emerge from the tree line, stopping 20 yards from me; and then two more. And then they lit a joint and stood there watching me as I talked to a camera about fishing. I may have gotten distracted, but I still got 'er done!

Slow days in between Christmas and New Year’s, but there is action to be found. Believe it or not, the Shore…

Molds are HOT ! Smoking it up !! Triple Injector getting a workout !!!
— at RiverSlung Custom Bass Lures. New for 2017 and the Luna lure family medium diver 8" 4 to 4 1/4 oz. they dive to to 6' in a mellow current. They can get down further depending on situation and changing your technique. Only made 2 dozen to make sure they were going to perform all I can say is BOOM!!here beasts!!! HAPPY NEW YEAR!!!


Sending all my love to my hunk in Pasadena today!!! Hurry up and win and come home already!!!
with Mike Gesicki.