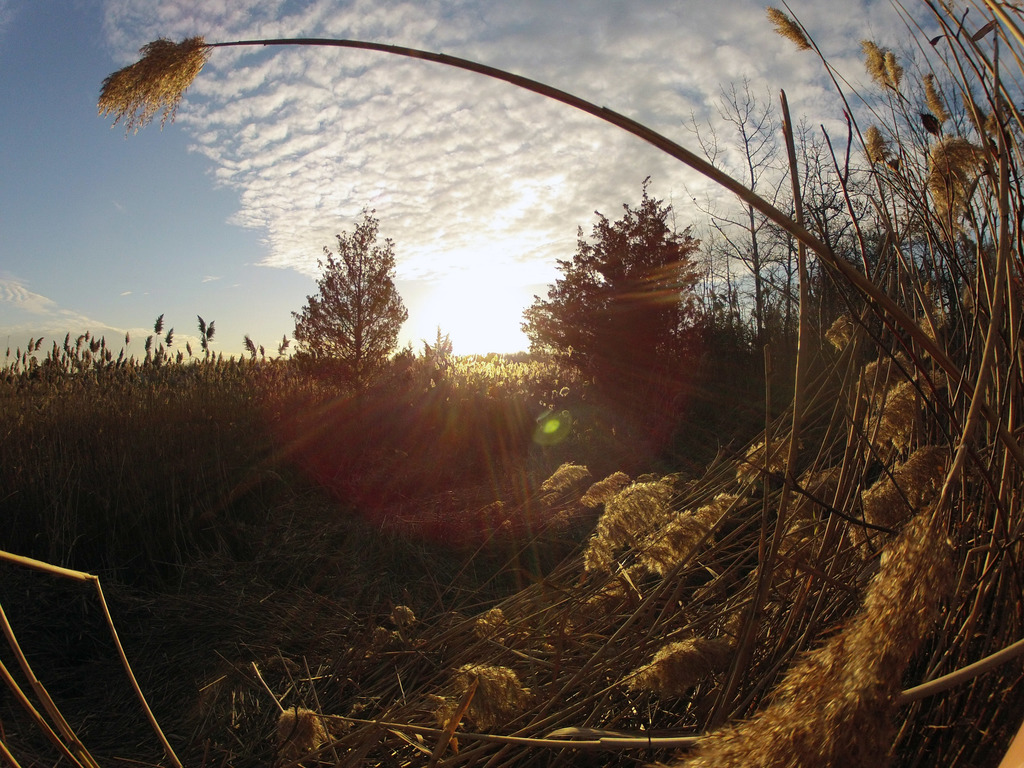 It might just be me and my wobbliness over the impacts from this fall and winter but fair weatheredness sure doesn’t seem to hang around very long of late. There is definitely the gun shyness factor, where seemingly every storm on even the far edge of the horizon rears up on forecast computers. Even when it’s sunny, we seem to be clouded over by forecasts of impending sky convulsions. What’s more, the weather folks are now intent on covering every single forecast base. If one computer so much as hints at things going south, a mention is made in the forecast. Prior to Sandy, most divergent computers weren't even vocalized to the public at large. Hey, I guess it sells ads and commercial time to note that there’s a one on a million chance a tiny Great Lakes low might become a 1,000-year storm.

Along those same nervousy lines, I just don’t trust the bay any more.  And I’m not the only one. Folks living on the edge – or on the sedge, as the case may be – are fully fretting over how easily the bay’s banks and bulkheads get compromised if the winds come onshore for even a few hours.

I stick with my theory that the bay has shallowed so severely it goes beyond its confines so much easier than before. That’s beyond troubling to those who have to have live bay water breathing down their necks. At the same time, the ocean beaches haven’t been showing excessive tides and such. It’s a bay thing. 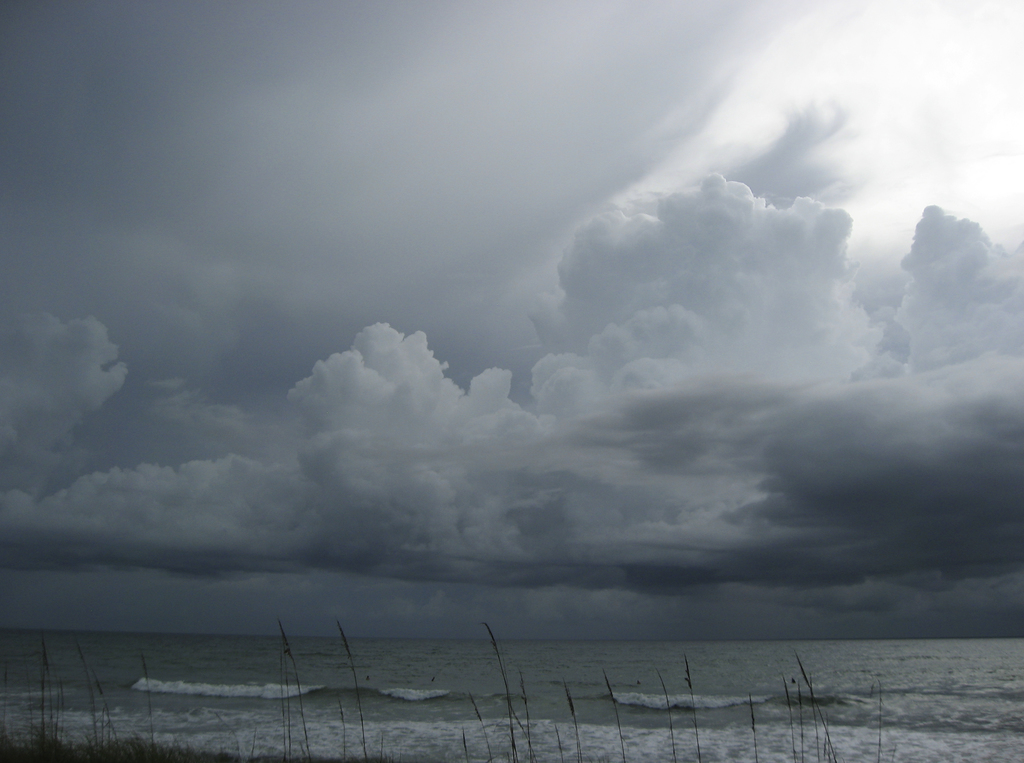 The membership of the Beach Haven Marlin and Tuna Club has voted to tear down the old clubhouse. It suffered wicked water damage at Sandy’s hands, being located in one of the most flooded places on all of LBI.

The fairly famed locale, home to the fully famed White Marlin Invitational, was no spring chicken. Still, it took some soul searching by members to demo things and start from scratch. From what I’m hearing the demo is mere moments away but the new building won’t start until fall.

Important: The 2013 White Marlin Invitational Tournament will positively be run – must be run. It’ll probably be held under tents – hopefully highly air-conditioned tents. Actually, the event has been partially tented for years so it’s not much of stretch to have it fully sub-canvas.

The new clubhouse must be placed on pilings. Admittedly, that’s not the worst call for such a bayside building -- adjacent to a navigable deep-water channel.

I’ll keep you posted on other “open to the public” tournaments, once I get word they’ll be happening. 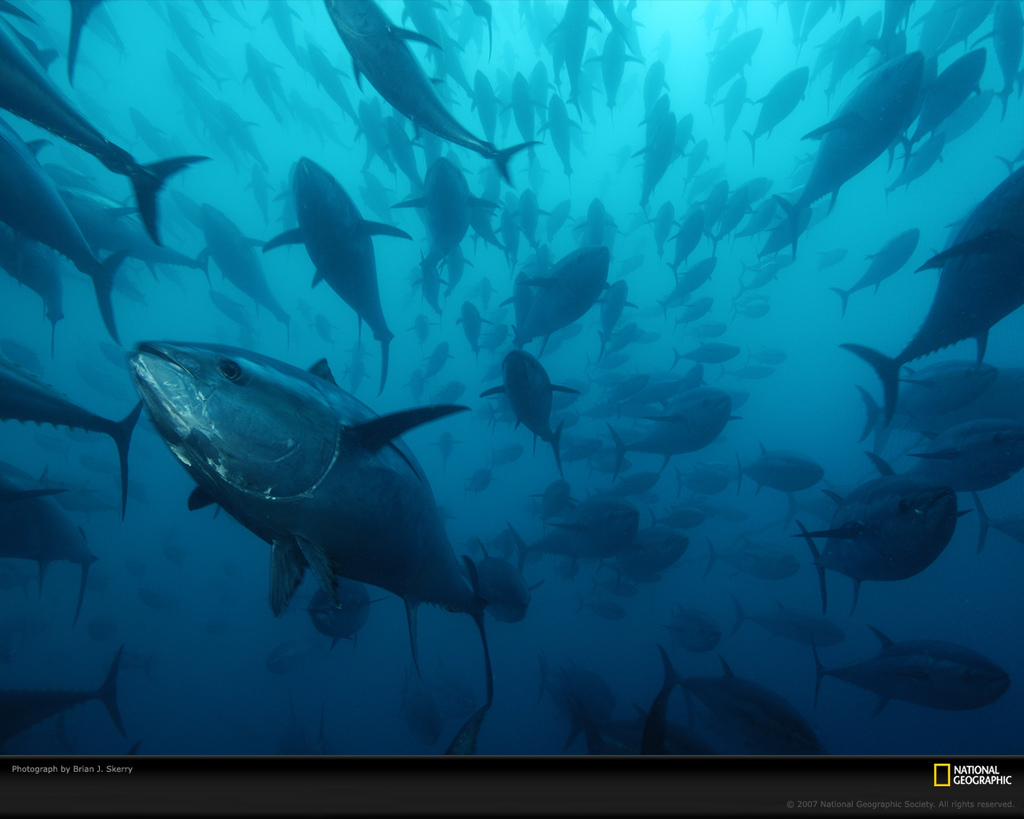 The ISSF released a report today on measuring the large scale sustainability of global tuna stocks against the MSC criteria, particularly principle 1, which relates to the overall health and management of the stock.

The report, titled An Evaluation of the Sustainability of Global Tuna Stocks Relative to Marine Stewardship Council Criteria, scores the current health of the 19 commercially fished tuna stocks, as well as the effectiveness of international management regimes, which independent and accredited assessment teams use, in part, to determine whether a fishery should be certified as sustainable.

The results were that overall,  only 5 out of the 19 stocks would currently pass the MSC scoring criteria.  In MSC terms, these two areas are considered Principle 1 and the international management component of Principle 3. The analysis does not cover management in national or bilateral jurisdictions, nor gear/fleet-specific ecosystem impacts (Principle 2).

"When a particular fishery applies for MSC assessment, you are typically looking at one gear type, in one region for one portion of a stock of tuna, and there have been some inconsistencies in results as well as an overall lack of a global benchmark standard," said ISSF President Susan Jackson.

"Rather than doing what the MSC process fosters, which is starting at the bottom and working at the local level on a particular fishery, we thought that the discussion would benefit from also starting at a top level and applying the principles systematically and equivalently across all 19 stocks and across all tuna regional fishery management organizations, or RFMOs."

While not an official MSC assessment, the report delivered some encouraging findings about tuna stocks, revealing that most of the nineteen assessed are stable. However, it also found that management systems in place are outdated or less effective than they could be. This is mostly due to a lack of harvest control rules or specific reference points in the guidelines of the four main tuna RFMOs.

The study is ongoing and will be continually updated to reflect changes in MSC Certification Requirements and to reflect the most up to date management measures adopted by tuna RFMOs each year.

Jackson added that, "In addition to serving as a resource for an interested public, this report will also help ISSF focus its resources on addressing the roadblocks to certification for tuna fisheries, which ultimately means the challenges that prevent us from declaring all tuna sustainable."

Joseph E. Powers and Paul A. H. Medley conducted the study on behalf of ISSF. Both have years of experience working on MSC fishery assessments.

ISSF has consistently argued that the primary problem for global tuna sustainability has been the weak management regime and lack of effective enforcement at the RFMO level.  The fishery by fishery approach of the MSC does not address this problem on a regional scale, but simply allows the best managed fisheries to certify even if they are part of a larger systemic failure. 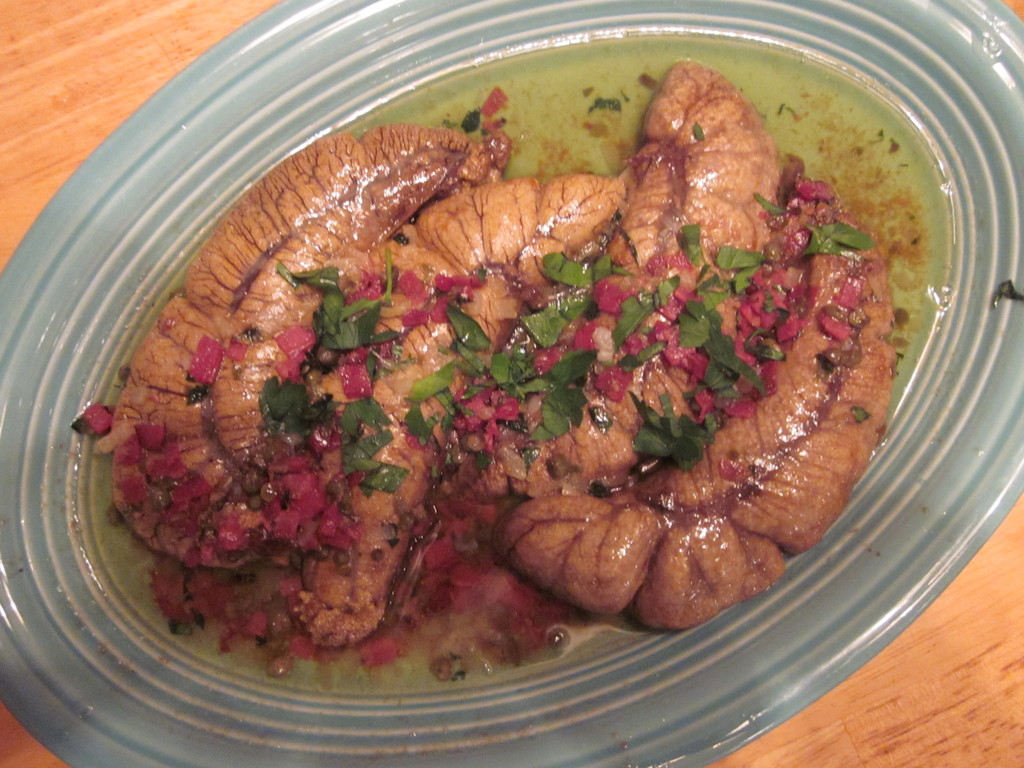 Long seen as a luxury reserved for the rich and famous, an exotic delicacy on Asian menus or a New Year’s Eve treat, roe is becoming more accessible on restaurant menus — and chefs say diners are eating it up.

“It used to just be caviar or bust,” chef Victor Albisu said of diners' growing interest in roe. “Nowadays, people are much more food smart. They are looking for the next food flavor.”

The former executive chef at BLT Steak, Albisu has long used fish roe on his menus in everything from ceviche and crudo to eggs and salads. For his soon-to-open Del Campo, a South American grill in Washington, D.C., Albisu has created a charred radish salad with a brown butter, trout roe and citrus vinaigrette.

“I’m a big proponent of using fish roe … I enjoy pairing it with all kinds of different things,” he said. “I find the texture interesting, the flavor elevating.”

So does John Critchley, chef at Urbana in Washington, D.C. “It’s just like truffles or any kind of unique and exotic ingredient,” he said. “Caviar itself has a great texture; it pops with fresh salty seafood in your mouth.”

Critchley uses caviar and roe as a fresh way to enhance flavors in dishes such as his Maine lobster pappardelle. Instead of adding pounds of butter he adds lobster roe to create a thicker, creamier and more intense lobster sauce. “It makes it richer without adding a lot of butter, [and it] turns the sauce bright red,” he noted.

For Justin Smillie, executive chef of Il Buco Alimentari e Vineria in New York’s NoHo neighborhood, using roe is part of the restaurant's efforts in nose-to-tail cooking. “All of these products are just an extension of the whole animal,” said Smillie. “Using roe/caviar is a logical extension of our already existing practice."

Smillie has been using bottarga, or cured roe, in his dishes since the restaurant opened 18 months ago. Currently, bottarga appears in two dishes: a spaghetti entrée and Insalata di Bottarga, an appetizer of Brussels sprout petals, radish, onion and celery.

A variety of caviars also appears on the menu of Il Buco Alimentari e Vineria. The restaurant is currently featuring trout caviar as part of the Hamachi Crudo.

At Tulio in downtown Seattle, chef Walter Pisano is stepping out of his comfort zone and using caviar and roe to add something unexpected to the menu. “We’re Italian. I’m not trying to do the fusion thing,” he said.

Pisano currently has on his menu an ahi tuna dish with sautéed Tuscan kale, pickled raisins, breadcrumbs and a side of tobiko, or flying fish roe. “I was really intimidated by the tobiko," he noted. "I stepped out of the box, going to Japanese roe.”

Diners' response has been so positive that Pisano says he may try the roe in another dish, perhaps pasta, next.

Meanwhile, chef Anthony Martin of Tru in Chicago is focused on the luxury of caviar and in his unique presentation of the different varieties. “Caviar is a luxury ingredient, so it fits with the image at Tru,” he said.

True to that image, Martin added the Coral Caviar to his menu two years ago. The dish features a large, bright-red coral replica with abalone shells resting in the branches, each holding different types of caviar. Since adding the item to menu caviar sales have jumped 1,000 percent, said Martin.

Last year, Martin added another show-stopper: the Levitating Caviar Amuse, a golden potato chip with reserve Kaluga caviar and crème fraiche that “floats” atop a tower-like serving platter. He serves the dish complimentary to guests on special occasions.

As for the cost of caviar and roe, which has a reputation for being out of reach for the average diner, many chefs are choosing to incorporate inexpensive varieties, such as tobiko, or offering several options in a range of prices.

Martin says his Coral Caviar has a starting price of $12 for salmon, trout and flying fish roe, and can goes as high as a guest would like.

Though lobster roe is quite expensive compared to other varieties, chef Critchley says it’s worth it. “The benefit of using it — the intense flavor — is much more important [than the cost].”