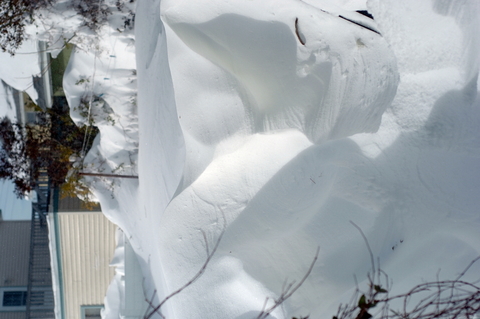 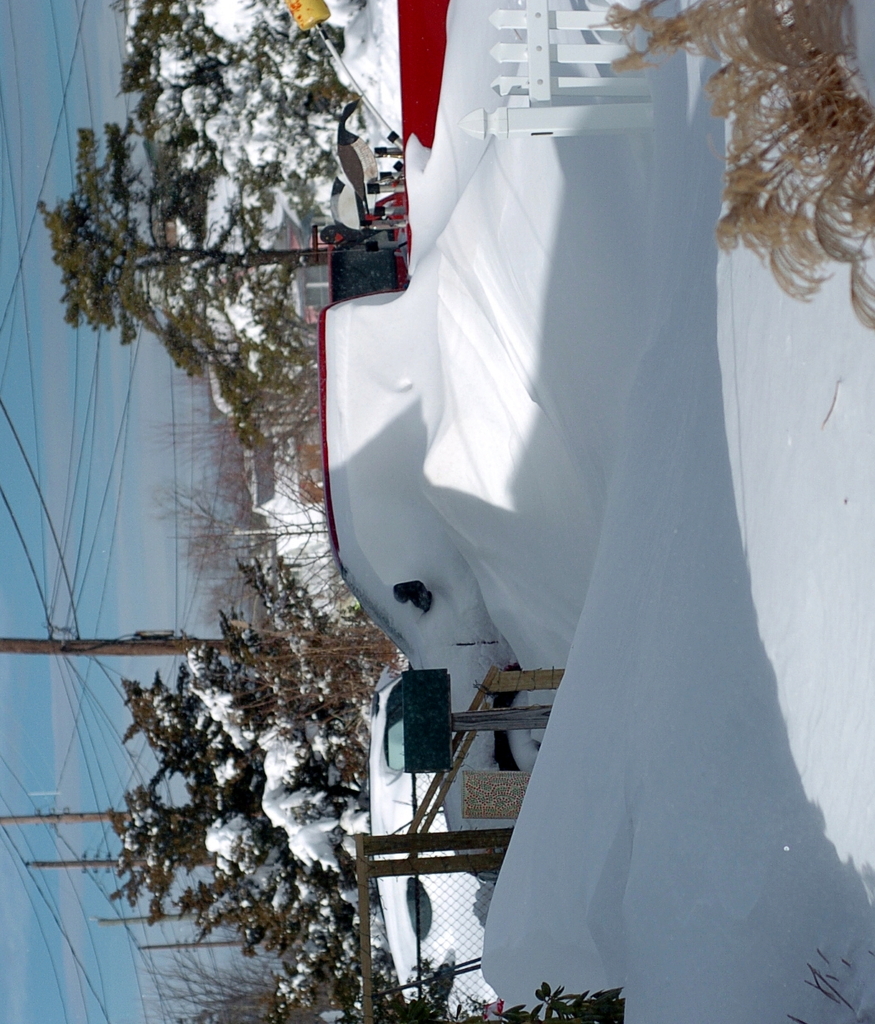 (Quick pics: The top is my backyard, approaching from side-yard. If you look closely at the lower right corner, that would be my snow shovel peeking through. Next photo is my truck, which I have no intension of digging out. Instead, I ordered some snow-eating bacteria from Siberia. Not sure what the delivery time will be on those bacteria.)

We’re in a tad of trouble here on LBI. For elderly and anyone in need of emergency care, they’re in a ton of trouble.

Please stay in close touch with any folks you know on LBI if there is any possibility they’ll need emergency help. There are tons of road workers and law enforcement types so it’s not at all a hopeless situation
should it come getting help to someone in awful straights. It could just take a
bit of time. Most of all, a call from someone who knows there is a problem.

For me, I’m going to have to resort to crawling through a window to get out. All three of my doors are utterly and thoroughly un-openable. Even the window I’m jumping out of will leave me in shoulder-deep
snow. Please don’t think I’m exaggerating. Mere shoulder-deep snow is pretty
much a bargain for my entire back- and side yards. Neighboring houses have
drifts up to the roofs – nearly ten feet.

If I had to venture a very anecdotal guess, I’d say we got well over 30 inches. I’m sure some far less dramatic “official” measurements will filter in but one has to realize that in storms like this a snow band can
clobber a one-mile stretch and back off after dumping its load. If you happen
to be in a zone where a squall quickly delivered the equivalent of one-inch of
rain, you’ll have upwards of a foot more snow than a mere mile or so away.
Regardless, I don’t think there are many Southern Ocean County areas that
didn’t easily top two feet of snow, while most of LBI was above to well above
that.

The eeriest part f the storm was the lighting and thunder. I saw at least three sky light-ups and everyone heard or felt the odd rumbling, fully reminiscent of a summer T-storm moving in. Bizarre.

I have heard of very little serious road or bayside flooding. I’m sure there was some flooding, made weirder by the breakaway bay ice that would come along with rising bayside waters.

Anecdotally, I’ve been here over 50 years and I’ve never seen a snowstorm quite this bad. It sure seemed to surpass the one we had back in the late 1970s.

I’ll try to get some photos – if I make it out the aforementioned window.