(Cellphone drowning) Not sure I'd be overly smiley right about then ...

Dead fish coming out of Tuckerton Lake? Noticed them behind Grist Mill, anyone know why?

Bobby Keeney: It's all peanut bunker the cold weather is killing them my marina is filled with them.

Took a typical ride to Holgate, late-day. The drive is firm, easily buggy-able at low tide. I saw no snowys and one eagle, flying toward the mainland over the back cut zone. I hiked into the meadows and despite the cold it was real nice. Large flocks of assorted of ducks and geese in the water, flush against the meadows. They know hunters are awaiting over on the nearby sedge islands.

Below: I saw these plants and had this snug feeling of being warmly wrapped for the winter. 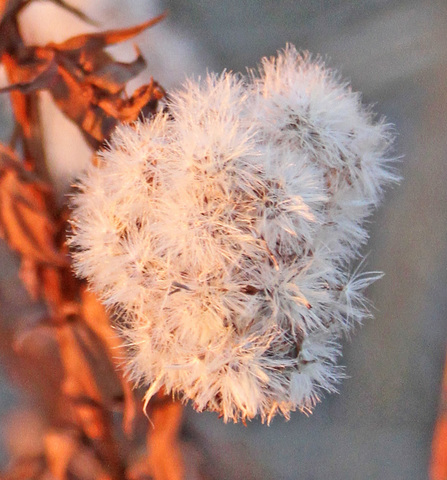 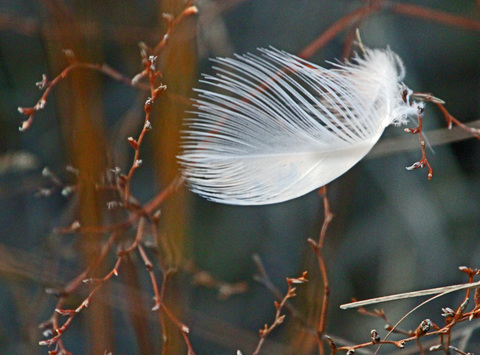 I have to show this hardcore surfcaster, the only one I saw for literally miles on end this a.m. You go, dude! END-OF-SEASON EYEFUL: As the final days of December freeze/thaw/freeze off the calendar, I have to rate the departing angling year with the famous words of Dickens … before the stinkin’ copy editors stepped in: “It was the most kick-ass of years; it was the suckiest of years.” Boat anglers royally kicked it in 2016, end to end -- from insane spring bassing and bluing through doormatish summer fluking and straight into arm-tiring late-year cow bassing.

At the same time. it was the worst beach fishing since the famed “Lousy Year of Surfcasting” in 1731. 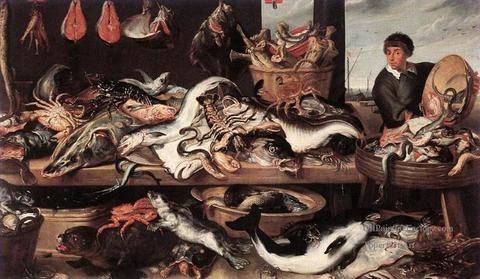 As to why fishing the Island’s sand left us high and fishless … let’s just hope it’s not a question for the ages.

We’ve actually had a string of recent years begging for the way we were, especially on the striped bass front. The suds did see a couple/few of the big bluefish last spring -- so that’s a somewhat bright point. It also adds complexity to the overall lack of beachline fish since many folks are blaming the beach replenishments. Then why did the chopper blues come flush to the beach last spring – then forsook us in fall?

I’m willing to run with those swearing all the post-Sandy beach-fixes have fouled the frontbeach fishing. However, even before the Superstorm, I had been heavily writing on surf fishing going south on LBI. As proof that it likely wasn’t the storm’s impact alone, Island Beach State park – blasted by the storm – has never seen better surf fishing.

From a scientific angle, I can see the LBI replenishment sands ravaging, temporarily, the surf-line crab population, including jetty-based rock and Jonah crabs ... but far more significantly, the calico crabs, aka lady crabs.

Calicos are one of the most common prey for bass, based on countless stomach content studies. Might it be that stripers, which customarily venture into the surfline to load up on calicos, are coming in and finding the valued beach crustaceans utterly absent. And that forage was surely plowed under by acres of freshly dredged sand. They quickly bounced back out to go after baitballs and deeper-water crustaceans. 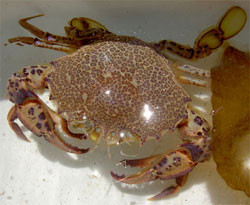 If my crabby theory holds true, it might take some time for the calicos to reestablish themselves. But they will return. Crabs are in some other reproductive dimension when it comes to repopulating, especially when not being harvested by humans.

In a related repopulation vein, there was a hubbub in Harvey Cedars when the initial replenishment seemingly killed off its much-adored sandcrab population.  And they were, indeed, gone … for maybe two years. But not all of them perished by any stretch. They came back with a vengeance, recovering to a point of eeriness. A couple summers back, the wet sand became alive with them … thickly underfoot with every barefooted step.

Trivia: Did you know sand crabs are running backwards after you dig them up? Yep.

The sand crab bounce-back reflects a common pendulum effect coming about after a highly-reproductive species is suddenly and drastically reduced. I think recovering calico crabs can perform just such a bounce back, since many survived the dredge sand assault. If they come back like crazy, it just might draw back beach bass.

As for the jetty-bound rock and Jonah crabs, their return is on rocky ground. While plowed under jetties will return to some degree – which is to be fully expected during replens -- crab recruitment for those rocks, i.e. survivors from the replenishment, will be in short supply. A recovery for rock-based species will come from free-floating larvae.

Bass-wise, I highlight the Jonah crab since I once cleaned a 30-inch striper loaded to bursting with quarter-sized Jonahs in it belly. Interestingly, I caught it while fishing sandcrabs for jetty blackfish, proving the importance of all crustaceans in the bass diet. 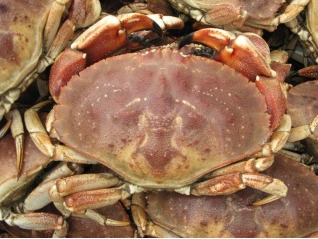 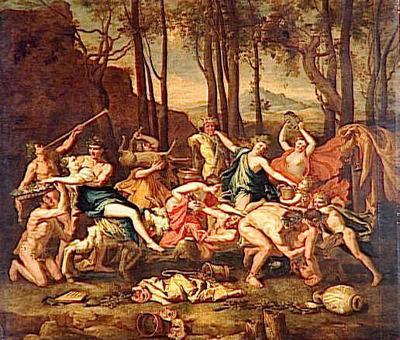 In case you missed this SP segment ...

MAGIC CARPET ROMANS: I must take a segment to make mention of psychedelically inclined, fish-sucking Romans. Whadda ya mean that needs some explaining? It wouldn’t if you hadn’t missed the Fishology 101 class when we learned about the planet’s most hallucinogenic fish species, Sarpa salpa, which the likes of Omar Khayyám poetically dubbed “the dream fish.” It sports unidentified chemical agents leading to ichthyoallyeinotoxism. Try getting that out when you’re already hallucinating. The word turns into a writing alphabet cobra as it’s coming out … I’m guessing.

I’m not sure why I was emailed an article – accompanied by a slyly winking smiley face emoji – on the cosmic chemicals swimming within this species. I’m an avowed teetotaler when it comes to booze and beyond. Still, upon reading this psychedelic tale dating back to the days of all those Caesars, I was hooked.

Looking very much like what we know as a pinfish, Sarpa salpa is a form of sea bream common in the Mediterranean. History tells us – after getting its head on straight – the small fish was the hallucinogen of choice in the Roman Empire. Trippier Romans dined on S. salpa, then settled down in soundproof, padded rooms to dream dreams that even dreams can only dream of. 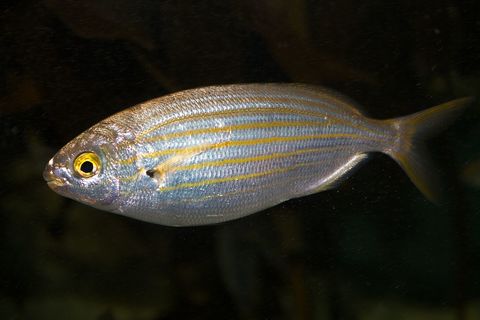 What kind of dreams come with dreamfish eatings? For that insight, we return to modern times and the pages of the journal Clinical Toxicology. It tells of a 40-year-old man visiting the French Riviera who experienced “mild digestive troubles and terrifying visual and auditory hallucinations after eating a specimen of Sarpa salpa in a restaurant.” He quickly sought medical attention. When symptoms receded, he was released and decided to shorten his vacation and drive home.

Please bear in mind that what you’re about to read is excerpted directly from this prestigious medical journal. I had nothing to do with it.

“He began to experience blurring of vision and hallucinations involving aggressive and screaming animals … He was not able to drive anymore as he was seeing giant arthropods around his car.”

Giant arthropods, as in spiders, scorpions and, uh, house-sized horseshoe crabs? Hey, who wouldn’t pull onto the shoulder right about then …though it seems I’m constantly driving behind people opting to simply drive on despite the creatures. “Damn the giant arthropods … full speed ahead!” After a re-hospitalization, the man’s trip carried on. It “fully resolved” in 36 hours.

Oh, but there are more S. salpa tales. The same clinical journal reports on another man who, in 2002, inadvertently took a magic dreamfish ride. This fellow was pushing 90!

And away he went. For two or three days, he hallucinated “human screams and birds squealing.”

The exact timeframe was uncertain since the old-timer rode out his cacophonous altered state alone. Despite being lost in deepest mind space, he held onto the worldly fear he just might lose his driving privileges – you know, if word leaked out about all that hearing human screams and birds squealing stuff.

“Fearing that these symptoms might be the beginning of a major mental illness, he did not tell his friends or attending physician.” However, having previously read about the hallucinogenic potential of sea bream, he eventually decided to contact the Poison Control Center in Marseille.

The nonagenarian survived his ordeal just fine – though afterward, he got a full neck tattoo of linked dreamfish and began dating 20-year-olds. 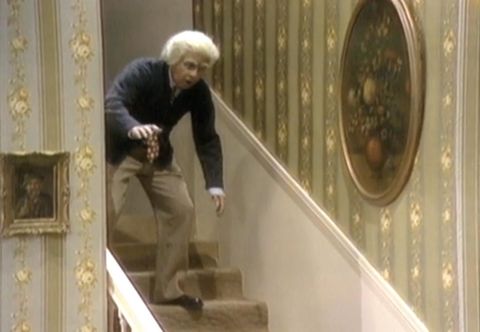 Trippin’ Trivia: The term “trip” was first coined by USA Army scientists during the 1950s when they were wildly experimenting with LSD.

Below: A picture from a film made of an LSD experiment conducted with soldiers ... around 1967 ... 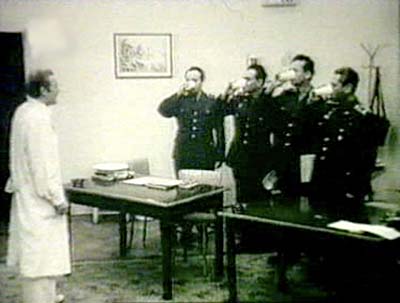 An elderly, but hardy cattleman from Texas once told a young female neighbor that if she wanted to live a long life, the secret was to sprinkle a pinch of gunpowder on her oatmeal each morning.  She did this religiously and lived to the age of 103.  She left behind 14 children, 30 grandchildren, 21 great-grandchildren, five great-great-grandchildren and a 40 foot hole where the crematorium used to be.