OK, I often trash on the manliness of soccer players, so here's one who shines when it comes to copping a feel on a quite-hot ref. The ref, like all good soccer people, takes a while to react.

OK, so maybe our mild weather isn't quite this hot. 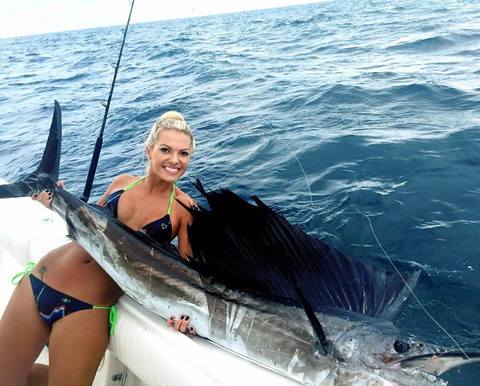 Monday, December 14, 2015: It was a bit dank out there which is a perfect hue for my workaday Mondays. I don’t hate Mondays but it’s a bit like Yogi’s “It’s like déjà vu all over again.” My awesome knowledge of the French language, gleaned from LaBelle’s "Lady Marmalade," tells me déjà vu technically means “already seen." And I have already seen so many Monday workloads I’ll continue to fret the day even after I can finally afford to retire when I’m 127 – and able to do $1,000-a-stint lectures on how to live into your 120s.

Anyway, we got some south winds going today, which isn’t impacting many folks since nobody dares to take off a Monday with the “big day” approaching soon -- namely, Christmas bonus day. 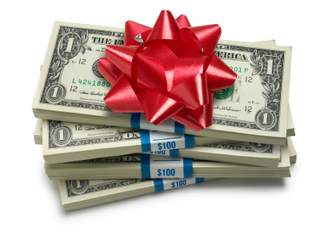 There were a few surfcasters to be seen out there but I didn’t want to stop and wake them up, they looked so peaceful -- or unconscious. I don't like being nosy. I'm not sure where Dante -- down below -- was fishing ... and heavily scoring.

If I have to wax fishy on anything, it’s the reemergence of huge numbers of black seabass – many of which are also huge in size.

I say "reemergence" because we had a similar big-ass seabass mass not that many years back. This bite is so jumbo we might have seen a state record 9-pound black sea bass caught by Philadelphian Steve Singler, fishing  December 12 aboard the Voyager out of Point Pleasant, NJ. We have to wait to see if it's official. 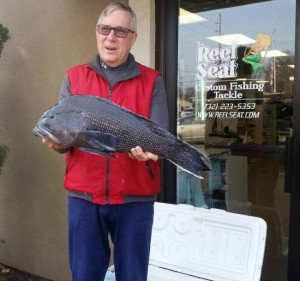 While the Singler seabass was record-book material, I got word of numerous five-pounders from many a wreck-fishing boat. In fact – and I’m gonna catch hell galore for this – but I was a tad put-off over just how many huge seabass were being bagged. In the same conversational breath, I also fully realize that once you’ve paid a significant fare to get on a charter or headboat you wanna fill the bag if the opportunity arise – which it truly has. I'll also re-note that there are dang few windows of weather opportunity to get on those fish.

Here’s hoping that fares let the deckhands do the professional cleaning to maximize the meat take. When you get a slew of fish to clean, post haste, it’s easy to start lazily chopping off chunks instead of surgically removing maximum-meat fillets. 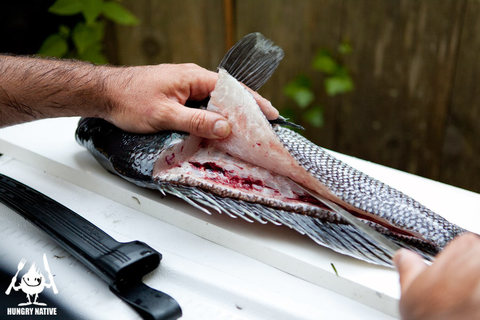 Also worth throwing a bone to: Tog are showing very well, though in the case of blackfish the average size is not overly spectacular. 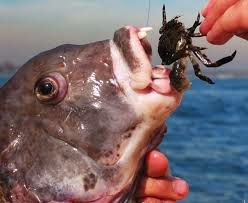 I tend to watch blackfish stocks closely. I'm far from convinced this slow-growth fishery is improving in leaps and bounds, as conservation suggests it should be by now. We work enough at laying off them through most of the year.

I point to the declining overall health of Barnegat Bay as being the slow-rebound culprit in the case of tog. Subaquatic vegetation in our bay has been suffering for years now. Young-of-year tog are heavily reliant on bayside sea lettuce (Ulva), even more than eelgrass beds -- though I’ve seined many a tog in eelgrass. Bad grass translates into bad biomass perpetuation. 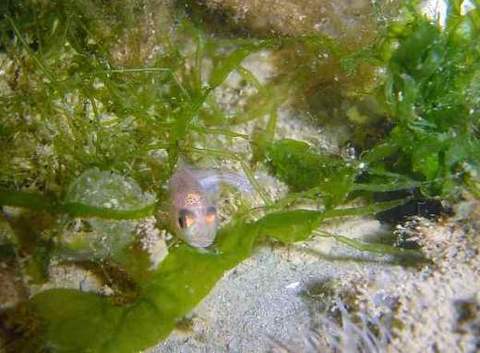 Speaking of translations, the scientific name of tog, per super-namer Carolus Linnaeus linnaeus, is Tautoga onitis. The first part of the name is clearly Native American (Narragansett Indians) in origin. However, that onitis part, which means “plant" in Latin, has proven to be a nomenclature baffler to science folks. In fact, a recent NOAA Technical Memorandum on blackfish reads, “The species term (Tautoga onitis) is derived from the Latin, onitis, which means ‘a kind of plant’ but its application by Linnaeus is unclear.” It's not at all unclear to me. Linnaeus was known to be very inclined to don a pair of googles so he could stick his head underwater for a close-up-and-personal look at those creatures upon which he was loosing Latin names. Enter tog. I also oft go a-googling and have seen many a tiny tog -- almost always flush against plants, especially the aforementioned sea lettuce. Ecce! That’s “Voila!” in French. And “Check it the hell out” in English. There’s your Linnaeus “plant” connection. An ages-old naming enigma solved right in this-here column. At least I understand you, uh, Carolus. 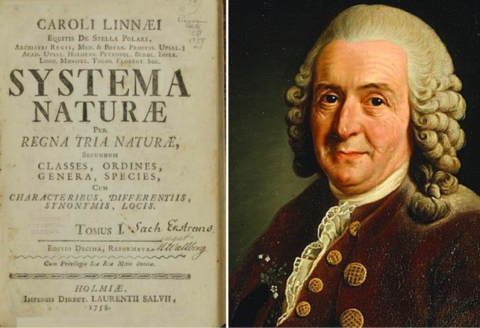 I guess is not time to give up yet bass to 36 inches and 12 lb bluefish almost every cast!!! 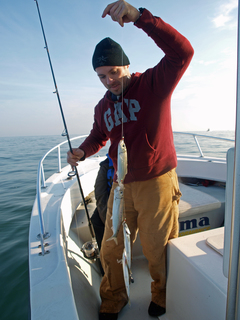 Based on the calendar I find it hard to believe that I am still sending out reports.  The amount of bait continues to be truly amazing.  The new kid on the block, or should I say bait scene, is Boston Mackerel.  Ocean temp on Saturday was 53 +. The bassing was a little off with artificials.  I think this is because they have been having a buffet whenever they want. With the amount of bass I marked on the fish finder one would think fishing would be a little easier than it was. Predawn had herring swirling all over the place and this continued through sun up. After struggling to land a fish of plastics and metals I had the crew made up of Dereck Bonk and son Fynn from Toms River, along with Dave Werner of Manahawkin switch over to sabiki rigs to catch some live bait (herring).  After loading the livewell we moved around to find some bass that were in the mood to chew, which we did.  Once located, we had steady action with slot fish and one or two over 28” by swimming live herring. Attached is a pic of Dereck loaded up with herring.

The beloved Mary Lee, an Internet sensation that captured the hearts of thousands when she was spotted along the Jersey coast over the summer, surfaced at 7 a.m. about 40 miles off Atlantic City.

Since research group OCEARCH tagged her in September 2012 off Cape Cod, Mary Lee has recorded nearly 26,000 miles up and down the East Coast, and has ventured as far away as Bermuda.

Mary Lee's last ping came on Dec. 4 off the coast of North Carolina. Her last return to the Garden State came in November when she surfaced in the Barnegat Bay near Long Beach Island. OCEARCH recorded the shark's location just before 7 a.m. after popping up Wednesday night east of Cape May but much farther out at sea.

In case you're not familiar with Mary Lee, here's the deal:

OCEARCH is a nonprofit organization that tracks travel patterns of sharks for research purposes. The group placed a tracker on Mary Lee's dorsal fin, and every time it breaks the water's surface, a signal -- or "ping" -- is recorded. The pings for Mary Lee, and dozens of other sharks, are displayed on a Google map on the OCEARCH website.

An unofficial Twitter account, @MaryLeeShark, run by a reporter from Wilmington, N.C., has amassed a huge following since it was created in November 2012, shortly after the shark was tagged. The account has about 91,000 followers.

In New Jersey, Mary Lee created hysteria over the summer when she madeseveral stops along the Jersey Shore coast at a time when many Garden State residents visit the shore. Another shark, Elias, also made headlines when it entered the shallow waters near the Asbury Park boardwalk in August

Whatever happened to West Nile? Data from bird-banding stations show more species were hit than suspected, and half of those have yet to recover

Many people remember the arrival of West Nile in North America in 1999, if only because the initial outbreak killed not just wild crows but also exotic birds in the Bronx Zoo.

In the following years, a trail of dead crows marked the spread of the virus from the East through the Midwest on to the West Coast. It took only four years for the introduced virus to span the continent.

But what happened to bird populations in the wake of the virus’s advance? Were some species decimated and others left untouched? After the initial die-off were the remaining birds immune, or mown down by successive waves of the disease? Nobody really knew.

Now, a study published in the Nov. 2 issue of Proceedings of the National Academy of Sciences provides some answers. The study, a collaboration among scientists at Colorado State University, the University of California at Los Angeles, Washington University in St. Louis and the Institute for Bird Populations (IBP),  is the first to fully document the demographic impacts of West Nile virus on North American bird populations.

They discovered large-scale declines in roughly half of the species they studied, a much higher fraction than spot checks like the Christmas bird count had found.

“Clearly we didn’t see the whole picture,” said Joseph A. LaManna, PhD, Tyson postdoctoral researcher in the Department of Biology in Arts & Sciences at Washington University.  “It wasn’t just the jays that were dying; half the species we studied had significant die-offs.”

The data also revealed, however, that some species fared much better than others. Roughly half of the afflicted species managed to rebound within a year or two. Ironically, the resilient ones include the crows and other corvids who were so strongly associated with the disease on its arrival. But a second group of birds, including Swainson’s thrush, the purple finch and tufted titmouse were not so lucky. Knocked down by the arrival of West Nile virus, they have not rebounded and seem to have suffered long-term population declines. Swainson’s thrush (
Catharus ustulatus) has yet to recover from West Nile.

“Many more species of birds than we thought are susceptible to this virus,” said T. Luke George, PhD, an ecologist at Colorado State University. “And we also found long-term effects on population growth rates. Prior to this study, we generally thought the West Nile virus had a very short-term effect on bird survival.”

The scientists aren’t sure why some species fare better than others. Was a common evolutionary history predictive? Or similar habitats or diets?

“That’s really the question our study opens,” said Ryan J. Harrigan, a biologist at the University of California, Los Angeles. “In the end, we’re not completely sure why some species recovered from this disease and some did not. That would be the next step forward, addressing that question.”

“The deeper story is that without long-term monitoring and detailed data, we miss patterns like these,” LaManna said. “Deaths in one area can be easily masked by immigration from other areas, and we wouldn’t really notice unless we happened to be looking at the right type of data.

“This year was another big West Nile year,” LaManna said. “Most people don’t even know that.” Good times when seabass is red hot we load up garbage pals with quality fish.