Maybe you don't want to be a fat fish in a lazy pond in your next life.

Monday, August 31, 2015: You’ll see further below that a nice kingfish was weighed in at Surf City Bait and Tackle.  What I wouldn’t give for a good kingfish fall. Since these kingfish are spawned out, I’m not opposed to keeping a slew of them. The meat is not only exceptional when fresh but it also freezes very well, though it's not as firm when thawed out; flavor is still there, though.

I began wondering about this year's kingfish count as I got even more reports of truly massive schools of croakers. While croakers can surely overrun a beachside kingfish bite, they don’t always move in close. At the same time, there seems to be a correlation between huge croaker showings and large kingfish showings. Let's hope.

Best surfside kingfishing I know is in town (Beach Haven) and inside the Rip at Holgate.

I’m still agasp over the large, impressively toothy cubera snapper taken off Island Beach State Park yesterday. See photo. I’m fully jealous. I caught them in Florida and what a formidable fighter. While they are commercially harvested, demand is not sky-high due to their association with ciguatera poisoning, which only occurs in the tropics. Their numbers are actually healthy enough for them to be expanding their range.

So what is cubera snapper doing this far north? While decidedly a rarity, they’ve been known to travel as far north as Nova Scotia in summer. At the same time, I can’t help but think they’re now possibly egged on by aberrations in ocean temps and chemistry.

Adding to the oddityness is the high number of small tropicals being taken in seine nets, inducing groupers, butterfly fish, barracuda and many more. However, those down-south species are smaller fish, year-class models, meaning they were blown in as larvae in the spring and grew up on Barnegat Bay nutrients.

I won’t totally relate snappers and tropicals to the manatees that have sniffed their way into our bays this month but, as a class action, it could mark a northerly shift in fish biomasses. They have seen that off the West Coast, in spades. Those Pacific fisheries have been going ballistically northward, well out of their comfort zones.

As for a possible northerly jog in west Atlantic marine species, the unprecedented showing of bluefish we so thoroughly enjoyed fishing for this spring was exactly the action they usually see to our south (North Carolina) but didn’t see this year. You don’t need a logic stick to mark a correlation there.

Some of you are thinking out loud. I can actually hear you in my office. “Hey, Jay, what’s so bad about having slews of southerly species being driven up our way?”

I have no answer to that. I kid you not. I’m a smidgeon or more confused by a growing number of top scientists who now profess that planetary climate change might actually have hugely beneficial effects. They point to bennies that surely occurred during paste global warmups.

That side offered, I know for a fact the caustic chemical changes now acidifying our oceans can be up to no good whatsoever – except maybe to some creature that dwell in the deepest recesses of the ocean who hope all land life dies off so they can emerge and create a brave new world.

What!? Did you see that education channel special about some deep-down creature that came up from the blackness and took a sedan-sized bite out of a massive whale? There’s some serious sh-tuff down there just waiting for a chance to emerge. 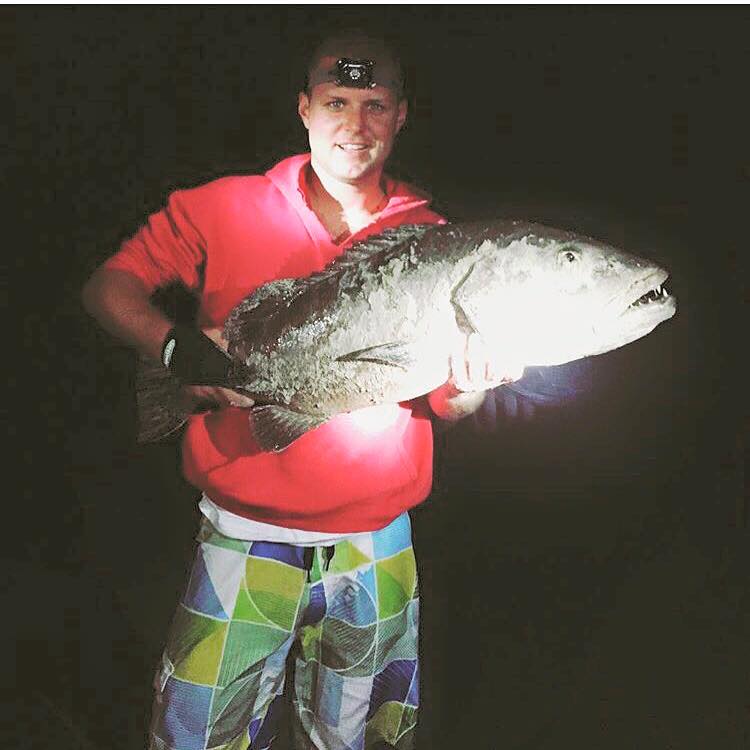 There's been a bunch of social media banter of sorts on the recent summer flounder decision by the MAFMC/ASMFC criticizing NJ and the NJ delegation for standing pat on a position to take a 20% cutback on summer flounder starting in 2016.

As you may have heard (http://www.thefisherman.com/index.cfm?fuseaction=feature.display&am...) a 12-5 vote will result in a 29% reduction in overall quota for 2016, 2017 and 2018. Many shops and industry reps have inquired as to what that will mean for our fluke season next year - we won't know until the 2015 recreational data collection numbers are in (government uses the MRFSS/MRIP guesstimation process.) I have an editorial in this week's edition of The Fisherman that spells that out a bit better (in tongue in cheek form).

Some of the hardline environmental folks have criticized me and The Fisherman for the following article outlining the problem with summer flounder; it was posted online at TheFisherman.com in July, and I believe while long and somewhat complex (written in three parts, what gives, why it gives and finally what we can do as a community to give back) it is pretty straightforward. I've spoken with several scientists in putting this together, and it spotlights an initiative the local industry is coordinating through the Save the Summer Flounder Fishery Fund (SSFFF) to help improve the science and modeling with summer flounder.

That article is posted at http://www.thefisherman.com/index.cfm?fuseaction=feature.display&am.... I guess the 'criticism' comes from being too transparent with the process, I'm not sure. I for one am proud of the NJ delegation at the ASMFC/MAFMC for taking a strong position in favor of less draconian measures for 2016; in my opinion as you digest (should you choose to wade through the pieces) this, I believe that (A) the SSFFF statistical modeling changes are critical to the proper management of summer flounder in the future, and (B) the concept that we're only allowed to harvest spawning females of 18 inches or greater in the recreational sector is having a negative impact on the overall spawning stock biomass.

I'm happy to discuss with anyone interested in learning more; and again, while some of the left-leaning individuals from out of state don't seem to appreciate or respect our recreational fishing industry in NJ, I selfishly believe that we've been doing a proper job of informing the public on the situation over at The Fisherman Magazine (but would be happy and appreciative of any input or advice from you guys in the LBI fishing industry.)

A nice one on the blamber Hogy. It was a slow night, fish had moved on, so I moved on. Caught a couple 30" fish and thought that there weren't any big ones around!

Alex Field with Dante Soriente and 2 others

MagicTail Bucktail down the hatch!

How about this for a catch when you are king fishing on the surf. Randy caught this 4 pound trigger on his king fish rig while fishing blood/ fish bite combo. He also ended up with 12 king fish while fishing in Beach Haven.

Seismic blasting is one of the loudest man-made noises in the ocean. The explosive blasts threaten the lives of dolphins and other marine mammals, by preventing them from finding their babies, mates, or even just food. Join us in telling President Obama to oppose seismic blasting in the Atlantic.

Had an action packed weekend with my son and friends! On Friday afternoon I took my good friend and charter captain of the HiFlier captDavid DeGennaro and his boys out for a little sharking! We did well with 6 fish in a few hours and a bunch of missed runoffs but each of the boys connected multiple times and had a blast. Nick has been sharking all summer and had yet to connect. It was really a whole lot of fun with some great people. 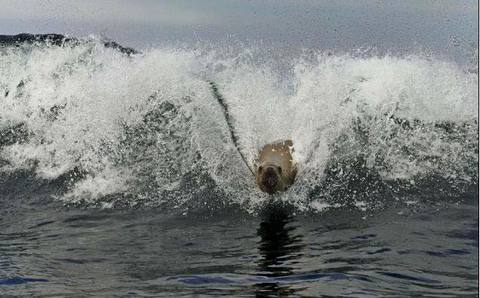 Yesterday is a day that my Alex and I will NEVER forget. We were invited aboard the Marlin Fever again for a canyon day troll targeting Marlin. It was Alex's first canyon run, and while he is pretty accomplished tuna kid, Marlin is a whole different animal. I was working the pit and explaining and teaching Alex what to do and how to rig on the way out, he was absorbing like a sponge! We set the spread and as is fishing we waited. @ 10:30 I saw the tell tale dorsal of a Marlin
...