Monday, August 14, 2017: The quick tropical groundswell yesterday really roughed up the surf and made inlet passages a bit bumpy. Although the swell dropped today, a second wave of waves will show midweek, reflecting the wave-making actions of non-threatening tropical storm action out at sea.

I always get instructively morbid when tropical swells show, having coined the concept that more people die of tropical systems that don’t come ashore than those that actually make landfall. I’m basing that on the cumulative drownings from rip currents associated with shoreline waves generated by out-at-sea storms. Just keep it safe.

Fluking has either flared up again or more folks are out there getting lucky. In my 25 years at taking down fishing notes, this has to be one of the showier fluke-fishing summers. Assuredly, I’ve never before gotten more incoming data than is now being offered on-line – in real time, much less.

Barnegat Inlet remains the go-to fluking locale for those who really don’t feel like going out exploring. I can relate to the New South Jetty offering fine walk-on access to the inlet flattie bite. Regulars there have repeatedly said they’ve never seen better flattie action from the rocks. I was told of a (roughly) seven-pounder hitting the granite. That’s rare for the rocks, believe me.

Boat fluking has pounced on this low-wind stretch to go all over the place, ocean-wise. A standout site still seems to be near – but not atop – the reefs. That plays out nicely for those who grab enough flatties and then want some take-home variety by going after black seabass.

More triggerfish are showing, per a couple large ones caught (I believe) off a slightly southern reef. A small mahi was also in the mix. That minor mahi is not all that uncommon in August. It was released, which hints at its size. If you’re reefing, throw out a metal and zip it along, high-speed, to see if any mahi or falsies salute. 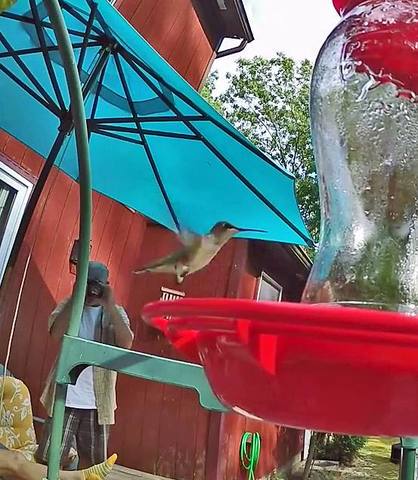 Check out these always pugnacious hummingbirds. Not only are their wings noisy but that never shut-up when sky-sparring with each other.  What a blast to watch. http://www.youtube.com/watch?v=GSsBwaJkvo8&t=60s.

ECLIPSE WITH A VIEW: As special NOAA-approved eclipse-viewing sunglasses fly off the shelves, the big thing now is where to get the best look-see at the 99-year astrological phenomenon. Well, one cool option came my way via Karen Larson, of the 90-foot, high-speed catamaran, Miss Barnegat Light. Yes, that’s the famed fishing vessel, docked at the bayside end of 18th Street, B.L.

After being egged on a bit by folks like myself, Karen has scheduled the Miss Barnegat Light to carry eclipse-watchers a short way out to sea for an ideal vantage point to watch the 80-percent blockage of the sun by the moon, aka the solar eclipse.

A larger than usual hook-up ... 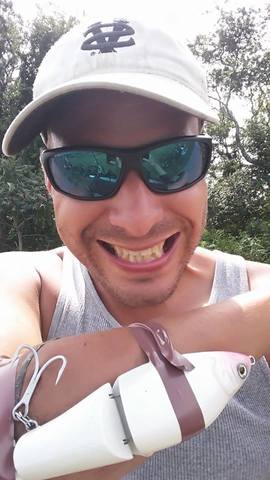 Here's one that too many of us can relate to ... fish species and all. And I include this look with purely preventative intent ... 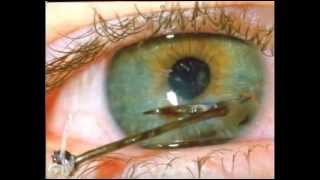 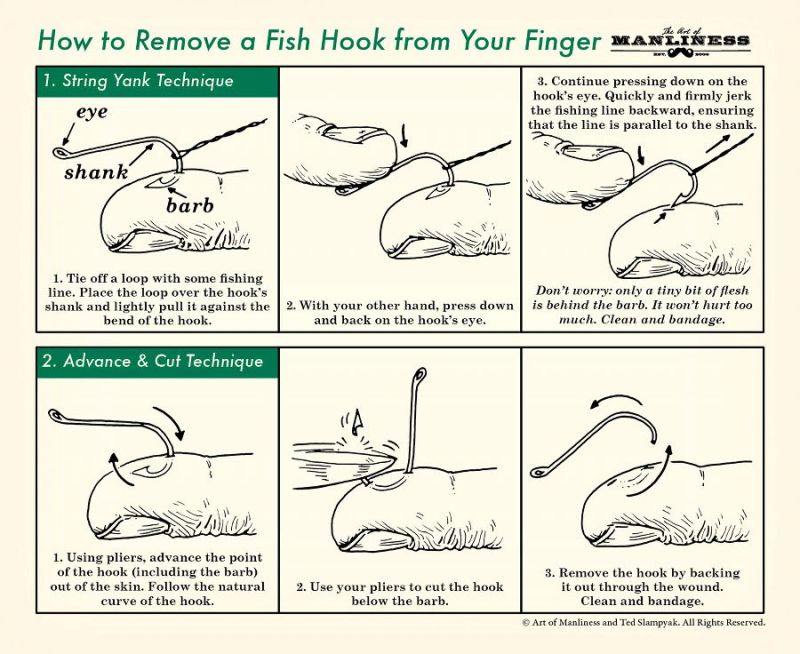 The National Marine Fisheries Service (NMFS) closes the coastwide Atlantic bluefin tuna (BFT) General category fishery for large medium and giant BFT (measuring 73 inches curved fork length or greater) effective 11:30 p.m. local time on August 16, 2017, until it reopens on September 1, 2017.  Based on the best available BFT landings information for the General category BFT fishery, NMFS has determined that the adjusted June through August subquota of 233.3 mt has been reached and that a closure is warranted at this time.

Retaining, possessing, or landing large medium or giant BFT by persons aboard vessels permitted in the Atlantic tunas General and Highly Migratory Species (HMS) Charter/ Headboat categories (when fishing commercially) must cease at 11:30 p.m. local time on August 16, 2017, through August 31, 2017.  The intent of this closure is to prevent any further overharvest of the General category June through August BFT subquota and help ensure the fishery continues to the end of the calendar year.  Catch-and-release fishing is permissible as described below.

This closure applies to vessels permitted in the commercial Atlantic tunas General category and the HMS Charter/Headboat category while fishing commercially.  For more information on BFT fishing regulations, including recreational size and retention limits, please go to hmspermits.noaa.gov.

Fishermen may catch and release or tag and release BFT of all sizes, subject to the requirements of HMS catch-and-release and tag-and-release programs.  NMFS regulations require that all BFT that are released be handled in a manner that will maximize their survival, and without removing the fish from the water.  For additional information on safe handling, see the “Careful Catch and Release” brochure available at [www.nmfs.noaa.gov/sfa/hms/]www.nmfs.noaa.gov/sfa/hms/.  ;

This notice is a courtesy to BFT fishery permit holders to help keep you informed about the fishery. For additional information, call (978) 281-9260, or go to hmspermits.noaa.gov. Official notice of Federal fishery actions is made through filing such notice with the Office of the Federal Register.

I'm not sure if this signifies a tourist ... or a hard-working local. 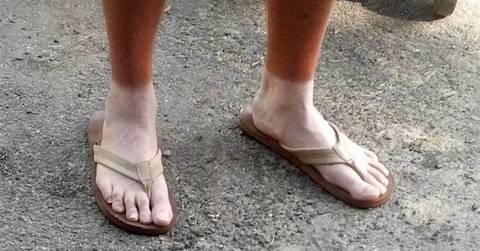 Here's a perfect example of "palette fishing." While this is further south, I've seen as many, if not more, mahi under up-here palettes. 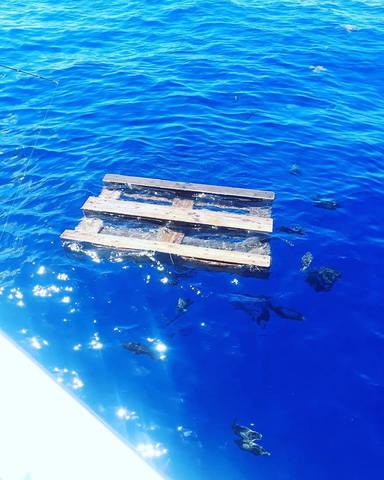 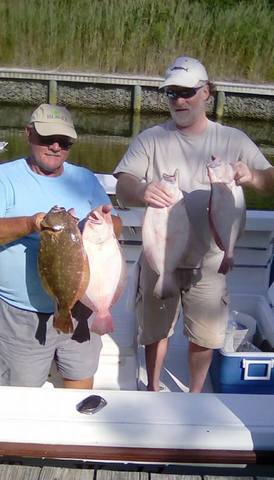 They got 6 but Patrick could only hold 2 for the pic ! A beautiful day on the ocean! 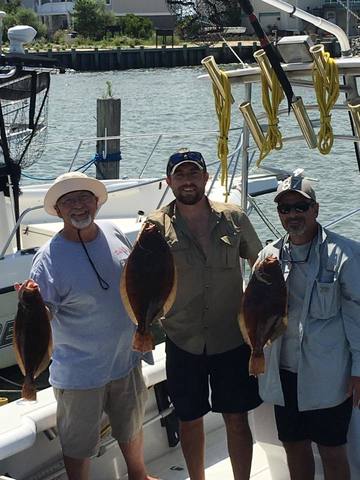 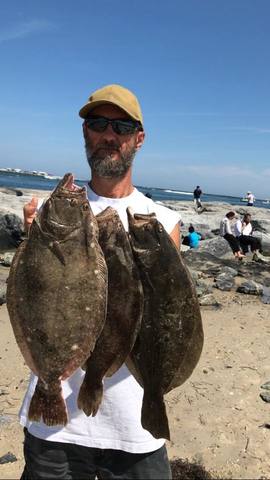 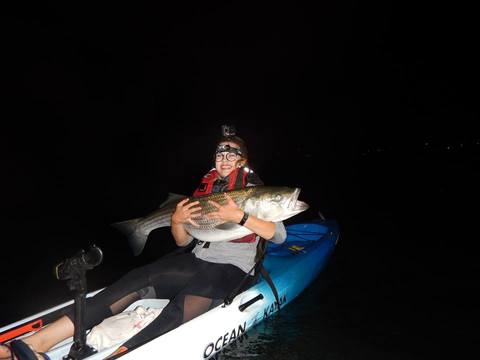 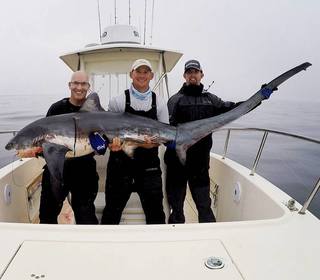 Here's my favorite shot of our 113" thresher shark that we got yesterday. Again it's all about team work. Check out @elithefishingguy's harpoon shot right below Al.. We had a plan and we made it happen.. The shark was caught on my new crafty one customs bent butt paired with a Shimano Tiagra 50W and bullbuster line.

Two people were hurt while transporting a grill when a woman lit a cigarette and their Kia Sorento exploded Sunday, Aug. 13, near the entrance to the Central Florida Fairgrounds. (Orlando Police Department)