Tugboat: "Whoa, Nellie! Get back here you little devil you."

Below: To a friend who swore off pizzas during Lent ... Only a few more days to go!

Some newscasters don't give a rat's ass about the weather ... or hand sanitation.

Latest "He seemed so much brighter at the maternity ward window."

April 10, 2017: We’re on something of a sky roll. Things are shining like the sun … for good reason. We’ll flirt with 80s on the mainland. LBI is iffy, due to south winds.

Yesterday, you couldn’t help but noticed the SE ocean winds kept it a tad nippy on the beach. In fact, I zipped waterside to get an ocean temp (47.7) and wasted no time getting the hell back off the sands. Once over in the woods, it was perfect a 75-ish.

RUNDOWN: I get to talk some active fishing for a change.

Below you’ll see some really nice stripers taken from boats, fishing not-that-far out, obviously inside three nm. In fact, an avid angler said it was his best bassing day ever. Not bad for April 9.

Way closer in, the under-bridge (Causeway) bite remains scalding hot on small stripers. I’ll once gain balk at saying you should run over and bang the bridge bite. Things are a tad dicey with all the work being done, though the construction is mainly the Big Bridge. I know that going the troll (under bridge) route is likely fine. As for nabbing the schoolies, it’s shad tail plastics in white, at least for one of the bridge regulars.

I'll bet bayside Beach Haven has or is soon to have bulkhead bass, after dark.

There are also some black drum working their ways through LEI. I haven’t gotten much more info than that generality, though it was from someone who really makes a big deal about drumfishing. He catches many but never keeps any. His best was a hand-weighed 52-pounder, Tuckerton Bay area, late spring – off a bulkhead, using surf clams.

The crabbing is remarkable for this early. Not only are there epic jimmies but the sheer number of throwbacks keeps things jumping for folks using line and hand-trap techniques. I'm sure Andy and the pros know this already.

I'm guessing winter 2016/17, with an early one-time freeze (always good to purify the bay) followed by a mild remainder of winter, ice-wise, might be a boom for blue claws. Those conditions could cater to a crab's first, free-floating larval stage (zoeae) near inlets and close-in ocean water, or, during its second larval stage (megalops), bayside, bottom zone. Nice seeing United States Supreme Court Justice Samuel Alito, Jr., at 10 a.m. Palm Sunday mass in Surf City yesterday morning. His honor has a long-standing attachment (and a home) here on LBI. No, I didn’t bring up anything political with him, even after mass. I know one of the things he likes about the Island is how it’s a place for him to at least momentarily get away from the insane pressures of his position … influencing how this amazing nation lives.

We got into some unexpected bass while doing some blackfishing on the Jersey Hooker today. All fish were caught on jigs and almost every drop produced a fish. If it didn't, you at least had 3-4 fish following the jig to the surface. It was one of the best bass bites I ever got on and we quickly boated our under limit and continued to release a few. Great way to improve a tough day blackfishing! Sunday Am & Pm trips, over 30 stripers mixed of shorts and keepers. Clams, Shad jigs and plugs. 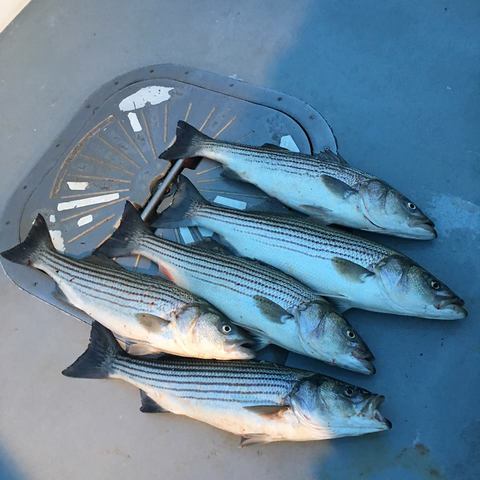 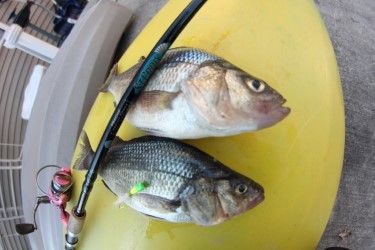 Finally got to invite a couple of fish, white perch, to diner.  Hit a local tidal lagoon Saturday at dusk and went 2 for about 6.  I was using a shad dart tip with a piece of bloodworm.  Others around me got a few and some were skunked.  Tide was starting to flood but still not a lot of water were is was. Small bass continue to bends rods in the usual super early locals but are being seeing more through the bay at place they usually hang out. Based on the ease at which Ospreys have been coming back to nesting platforms with big bunker you know there are toms of bunker schools out there.  Hear of a few fluke caught already. Fluke move into the back bays a lot earlier than most think, it is just they may chew well until the waters warm.  These fluke will get hungry because they just got done spawning on the shelf waters and swam several dozen of miles west to put some weight back on.

On the nature side of things: white perch’s scientific name is Morone Americana.  Striped bass have the scientific name of Morone saxatilis. Both fish are placed in the family of temperate basses which is Moronidae. Remember taxonomic classification you learned in school?  There are 6 known species of temperate bass worldwide.  Sharing the same genius, Morone, indicates that these two fish are very closely related.  They are so closely related in that when the eggs of one of them is mixed with the sperm of the other species offspring arise.  These offspring is what we hybrid bass.  They are a true hybrid in that as adult they cannot produce fertile off spring. The ability of an organism to produce fertile offspring with what makes is a species.  Fish farmers started breeding hybrid bass in the others and they are noted for a fast rate or growth, good table fare and hard fighters.

Springs dates are filling in fast so if you are thinking about going out with me contact me soon. I don’t like leaving people at the dock J 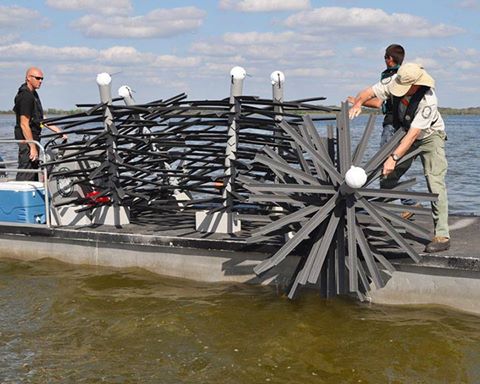 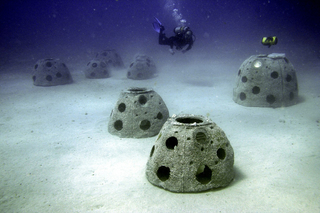 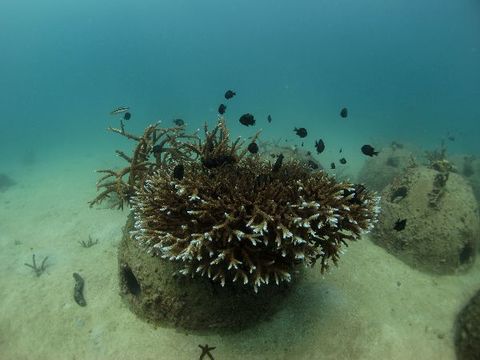 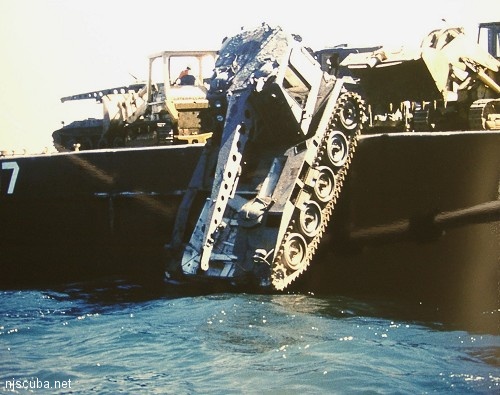 BIG THANKS to the Ship Bottom Business who are supporting the Lighthouse International Film Festival. LIFF brings international award winning films, filmmakers and press to LBI. Independent film the stories that matter, the films that engage, challenge and entertain!

Changes Could be Coming to East Coast Squid Fishery

PORTLAND, Maine (AP) — An effort to gain better control over the amount of participation in the East Coast squid fishery will be the subject of a series of public hearings this spring.

The Mid-Atlantic Fishery Management Council wants to reduce latent permits for certain kinds of squid. Most years, a few vessels are responsible for bringing the majority of the commercially harvested squid to shore.

Longfin squid fishing's a major industry, with more than 26 million pounds coming to shore in 2015. It was valued at more than $31 million. Rhode Island's the biggest producer.

The hearings will take place in Maryland, Maine, Massachusetts, New Jersey, Virginia, Rhode Island and New York in April and May. 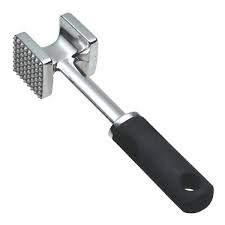