Monday 24,2014: Nasty out there. South winds have kicked up an unusually powerful swell, pushing 5 feet

Monday 24,2014: Nasty out there. South winds have kicked up an unusually powerful swell, pushing 5 feet. South winds usually produce weakish swells but today’s peaky wave action seems to have serious juice, meaning there’s some stiff wind also well out at sea, adding medium-period strength to the waves. I watched some kite boarders tapping into the wind and wave combo – just what the kiters covet.

No anglers can like today’s conditions. The swells just about rule-out surfcasting and the winds totally eliminate boat fishing. Then, even more winter weather muscles in, though I continue to rule out very much winterish liquid along the immediate shoreline. As to rain, we’ll get royally soaked on one of the busier travel days of the year. Deeper into the mainland, the call is now for some snow but nothing like what the long-rangers had called for a couple days back.

I’ll go long-range again (since I’ve been doing decently), by predicting we’ll get quite cold (Wednesday and Thursday nights will see 20s), but then we’ll move into a long period of very seasonal temps, i.e. highs well into the 40s and lows barely getting into the 30s. That stint of normal weather could offer some good late-fall fishing conditions, though the winds will always be a factor.

STORM SPEAK: I’m among those who believe there is global warming taking place, through good-old ugly air pollution. However, I refuse to become one of the legions of soothsaying scientists who feel it’s their new calling to prophesize how, specifically, said warming will transpire in the near and distant future.

You don’t have to be a weather rocket scientist to recognize there are enigmatic geological and meteorological dynamics ruling how our planet is taking on a warming atmosphere. The earliest warnings of how global warming will surely play out have, well, failed to play out. Still, things are astir, to be sure. And scientists have come up with a whole new set of prophecies The closest I’ll come to clairvoyance is to magically suggest that a warming atmosphere means heightened evaporation, mainly from the ocean.

Enhanced amounts of moisture being lifted into the atmosphere can get testy, mighty fast. It evokes heightened atmospheric instability, not what you want if you have a year of picnics planned out. Increased instability indubitably leads to an amplified frequency of storms. And when you increase the total storm count, the odds of having a whooper or two or three also increase. Therefore, I’m guessing that storms aplenty are surely on the horizon. But it’s not until they become unparalleled in frequency and violence that we’ll have irrefutable science to connect wild weather to global warming.

By the by, I don’t think you can use Superstorm Sandy as an example of sky chaos spawned solely by global warming. The March Storm of ’62 was way more violent, sans end-of-the-world thinking. In fact, the U.S. has had storms periods far more severe than the current spate of storms we’re now ogling over.

What are the early signs for an increasingly angry atmosphere? I’m thinking it’s something we might already be feeling: Wind -- and loads of it. 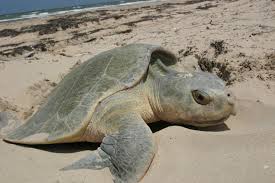 WELLFLEET, Just two weeks into what is normally a six-to-eight week sea turtle stranding season, prior records are just tiny dots in the rearview mirror.

This year, nearly 1,000 endangered sea turtles have been recovered from Cape Cod Bay beaches, and the turtle pipeline is full. The New England Aquarium, the regional destination for injured and cold-stunned turtles, has already treated nearly 400 animals, almost double the record for a full year.

In a normal year, between 75 and 200 tropical sea turtles might wash up on Cape beaches, mostly around Thanksgiving when the water turns cold and onshore winds blow immobile and sometimes frozen animals to shore.

“There have been so many, they have been overwhelmed,” said New England Aquarium veterinarian Leslie Neville about the aquarium's Animal Care Center in Quincy.

There were more than 300 turtles at the Quincy facility over the weekend, said aquarium spokesman Tony LaCasse. The center typically is at capacity with about half that number.

Although 193 will be flown out this morning from Air Station Cape Cod on a Coast Guard transport plane, another 51 arrived in Quincy from the Massachusetts Audubon Society’s Wellfleet Bay Wildlife Sanctuary on Monday. Audubon volunteers picked up more than 140 turtles off Cape Cod Bay beaches over the weekend.

This weekend, the aquarium sent Neville and fellow veterinarian Kathryn Tuxbury to the Audubon sanctuary to help treat the 100 or so sea turtles that are still there. Two classrooms at the sanctuary were converted to a treatment center that will essentially duplicate what is done at the Quincy facility.

In one room, veterinarians and volunteers took blood samples and ran them through a portable blood analyzer. At another table, Tuxbury injected a sugar solution intravenously to bring up blood sugars and rebuild energy levels.

Next door, Audubon volunteer Amy McConnell gingerly lifted a small Kemp’s ridley sea turtle out of its towel-lined banana crate and placed it in an inflatable kiddie pool. The water stimulates turtles to begin swimming - and eating - again.

McConnell’s turtle hung for a second just below the surface. Then, its head dipped and the oversized front flippers started working and it was soon scuttling around the pool.

Help has come from many quarters.

The National Oceanic and Atmospheric Administration is giving the sanctuary larger, sturdier pools to replace the inflatable ones. Many of those were donated by people like Andy Fingado of Provincetown.

The South Wellfleet General Store and the Hot Chocolate Sparrow in Orleans donated food and coffee for volunteers.

Ronda Sigel of Orleans, and her daughter Josie, 8, dropped by the sanctuary Monday morning to bring in banana crates and towels used to house and transport the turtles.

“It’s amazing, the numbers, and I know how hard Audubon people have been working,” Sigel said.

Audubon sanctuary director Bob Prescott said the worst may not yet be over. Typically, turtle strandings peak at Thanksgiving and the larger sea turtle species such as loggerheads come in late in the season. In some years, as many as 78 loggerheads have washed up on Cape shores and, since they don’t play well with their smaller cousins, they each require their own pool, he said.

Although he budgets for these events each year, it’s more like a municipal snowplowing estimate and he’s had to hire five additional people to deal with the extra work. Prescott hopes to offset the expense with fundraising. He fully appreciates the outpouring of support from the community.

“We’ve had people cooking dinners for us, washing the towels, acting as turtle lifeguards,” he said. “People have just helped us out in the all the ways they are comfortable in helping out