Midday storm update ... Noon … Saturday, September 03, 2016: As 75 percent of folks are rallying to leave LBI, the remainder are

(Please overlook typos and such. I multitask very well but my typing can't always keep up.) MIDDAY MOTORIST ALERT: Sorry, if I'm repeating other posts but traffic in Ship Bottom, approaching Circle, is seriously thick -- but moving, albeit slowly. It is somewhere between a typical Sunday departure and an evacuation. Main problem is the typical sideroading folks, certain they know some secret, barely-used series of backroads off the Island. They're delusional -- then angrily want to be allowed back into the flow of traffic when they end up needing back onto the Boulevard. I promise: It is fastest -- and, most of all, safest just staying on the Boulevard. Have some snacks and put on favorite music -- though heavy metal music might not be the best mood-setter. 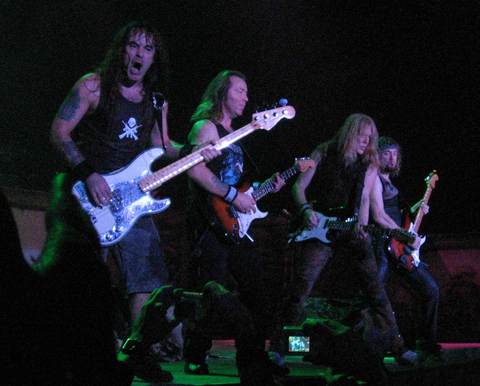 Noon … Saturday, September 03, 2016: As 75 percent of folks are rallying to leave LBI, the remainder are walkin’ about or nonchalantly waiting in-line outside restaurants to leisurely dine.

As is always the case, double-barreled reports are being loosed, left and right, regarding storm hazards – many that I just don’t see. In fact, since yesterday, I’ve seen the Hermine-ish system showing strong signs of turning east over NC/SC, as I had 50/50 suspected.

Admittedly, in this scenario, this storm could lose its tropical characteristics and blow-up at sea, much like a winter storm. And, admittedly, they’re highly unpredictable. There is even high pressure to our north adding an essential winter storm character to the off-shore storm set-up. As we saw with the likes of the Perfect Storm, tropical systems are more than happy to join forces with other weather systems.

Apparently not to the liking of some stormaholics, I now see a small but significant drop in maximum wind potential for tomorrow. I’m dropping my prediction down from an original potential 55 mph to a maximum 45 to 48 mphs.  That is actually huge in the scheme of wind-damage things. Staying below 50 mph is always a minor victory in a storm like this.

Not to worry if you’re a wave fan.  I still forecast breaking, nearshore waves of 15 to possibly 20 feet. Remember, that’s actual breaking wave heights.  And I use my Hawaiian waveriding experience to measure surf.

One other modification since yesterday’s forecast, this system could move out more quickly than expected, should it become less tropical in nature. It will still hang in through Monday, but that’s better than yesterday’s “through Wednesday” forecast.

The beach erosion will be something special – and the biggy for this storm. There are already some six-foot cutaways but I don’t see the big carving until the waves overwash the beach and reach the man-made duneline. As I said yesterday, there could be some epic drops created in places where the dunes are easily reached by erosive waves, i.e. north Surf City, north Brant Beach, Nebraska Avenue and far south Holgate proper (Wooden Jetty area).

As predicted, the rain in this storm will be almost oddly minimal. That will ease the street flooding on LBI – somewhat. If you’re one of those who love to drive the new BMW through waist-deep/waste-deep Boulevard puddles, you’re still in luck. It will be a BMW boat-like ride during high tides on LBI. And I mean high tide on the Island itself, which arrives as four to five hours later than the front beach.

On a health note, the initial street puddles will be dangerously dirty, as stagnant water oozes out onto the roadway. I strongly suggest resisting that human flooded-street urge to splash, swim or even paddle about in the standing water. Maybe, after a couple/few tidal exchanges, that initial foul water will dilute and you can take those floodwater selfies.