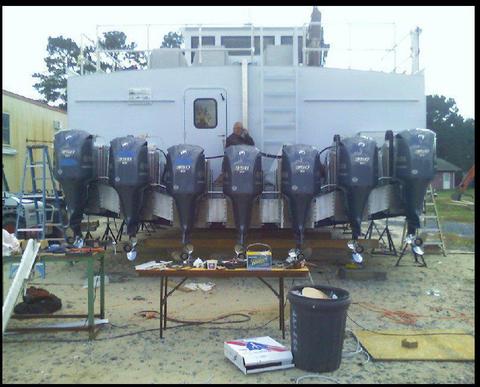 (Above: Getting ready for next weekend's start to fluke season.)

May 12, 2013: Things clearing nicely after some serious boomers yesterday. Today at church heard stories of epic hail storms not far from here. A very good showing of anglers. oh, that's right, it's Mother's Day. I think there's some logic in there somewhere. Happy Mom's Day!!!!!

Blues, bass, and blowfish are working the "B" sector for anglers. Pre-season fluke are also showing. Weakfioshing has been very location driven. Hot spots are just that. 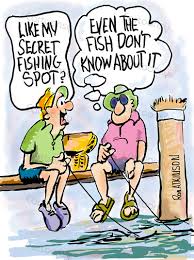 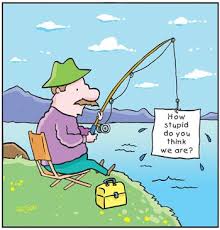 I'm getting Facebook reports of kayak weakfishing going full guns. There's actually a fairly obvious reason for that -- the kayak thing, that is. Weakies are famed for being easily spooked by engine buzz. Yaks offer a way to sneak up on even the wariest of weaks. I've yak-ed for sparklers many times and these quiet vessels also offer a very nice drift speed where you just jig lightly for a whole lot of plasticized flutter. 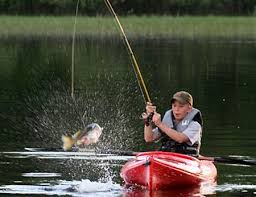 Bassing is all over the block. Beach, inlets, bays and ocean are showing stripers. Further below are some shop shots and such.

Please release blowfish to allow for spawn. You can fill buckets with them later in the summer. 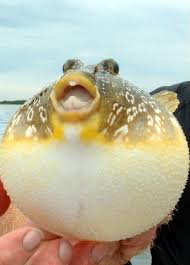 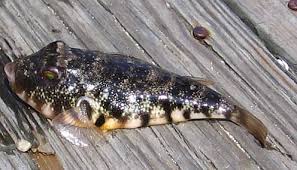 Pines could see freezing temps this coming week. Coast should be safe, garden-wise. Cold could be bad news for blueberries. 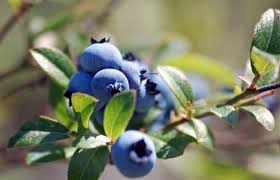 We at Rh custom rods have been working our butts off to get everyone one there rods before the bass show up in big numbers. We are almost finished getting all rods done and out, so if anyone is looking for a rod please shoot me a message we have surf plug and bait rods, offshore jigging trolling and popping, sweet boat rods for all species. Fly rods that are second to non and center pin rods that are flat out amazing. We are working on about 3 week turn time right now with anything that we have in stock. Custom blank colors are about 6 weeks time to come in. — withRichard Hedenberg. (Below: "Carlos weighed this bass in over the weekend.")

Below: Nick G. "earning his keep." 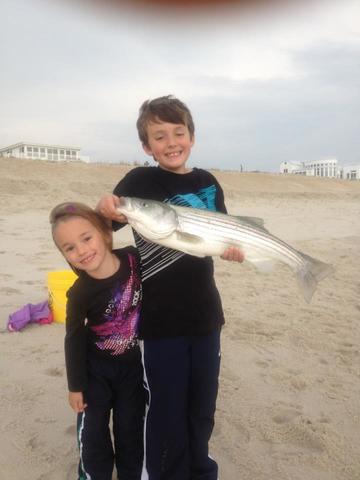