LET'S TALK NORTH END: Did you know that both sides of New South Jetty in Barnegat are supposed to be in the sea, so to speak?

There's always one in the group who'll do anything on a dare ...

Then, there are those who must dare just to eat ...

Thursday, March 23, 2017: Well, it might be safe to plant, though I’d hold off on transfers/transplants. I’m going full herbal, with some obligatory tomatoes mixed in, which I buy in flats. Support your local nurseries.

Back in the day, there were literally dozens of “fruit and vegetable stands” along Route 9, between New Gretna and Waretown. Only semblances of those green days remain. Shop them. Screw the box stores. They make enough off selling everything else under the sun.

I want to make a pitch for a peach of a plantable, namely, fig trees. Actually, they’re more like shrubs. For whatever reason, they grow to love the sandy soil of LBI. In fact, there is no other fruiting plant (short of tomatoes) that prospers so well once acclimated. I like www.raintreenursery.com and www.fast-growing-trees.com but dozens of sites sell them this time of year. 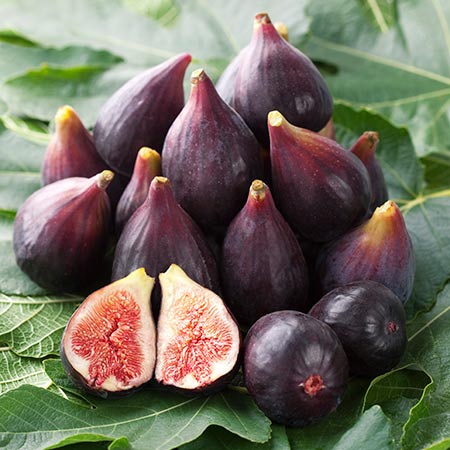 I’ll note that there is sometimes a need to bring certain types in for winter, when they’re young. That said, on LBI I’ve seen the plants grow to unheard of sizes, larger than where they naturally grow. A buddy gets so many he leaves me bags of the fruits. Delicious … and not to be even remotely confused with the filling you find in Fig Newtons and such. Not that such filling is untasty but the fresh fruit is amazing.

When it comes to herbs, many type mints go gaga for LBI, most famously basil and lemon balm. 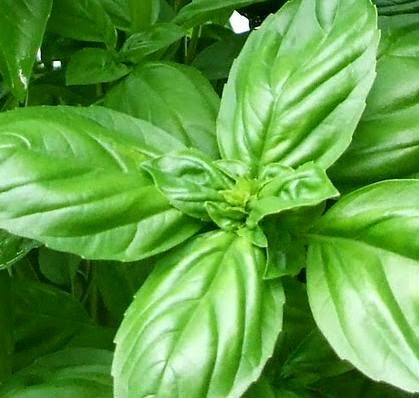 Some mint caution is needed. I've needed to reign in my chocolate mint -- which can be smooshed in the palms of your hand and breathed in deeply for the greatest sinus cleaner known to man. LET'S TALK NORTH END: Did you know that both sides of New South Jetty in Barnegat are supposed to be in the sea, so to speak?

Obviously, the north side of the jetty -- the inlet side -- is communing with the fishes. However, the jetty’s south-facing side remains primarily sand at this point, except for the south end, which is wet on both sides. 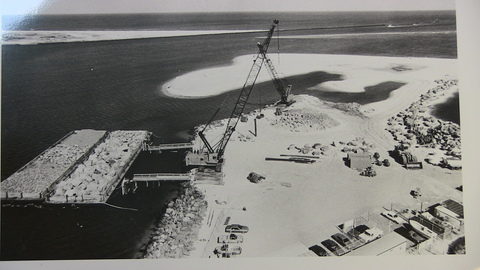 I sat in on 1990 pre-project meetings where a scientist I talked to anticipated the ocean could intrude on the south side of  New South Jetty, migrating west, almost as far west as the concrete decking. This hasn’t played out, to the great advantage of the state park and nesting birds.

That said, if you hike the ocean-fronting/beachline area of the state park, you can’t miss the serious erosion now taking place immediately south of the wet end of the jetty. It’s being eating away is starting to alarm some folks, even though that sand, in itself, is fairly recent.

Look at the buildup for vegetation since early 1995:

It will be interesting to see if mechanical means might be used to replenish that erosion zone. Or might it be allowed to erode, as that scientist had first predicted.

Should a replenishment route be preferable, replen material is very nearby, i.e. on the bottom of Barnegat Inlet.

In the past, material from the inlet deepening phase of the South Jetty was used to widen Loveladies beaches. Sand transfer methods – pipelaying-wise – were like those being used in the ongoing big LBI beach-fix project. A huge pipe ran through BL and onto Loveladies beach. I’d do balance exercises by running along it. 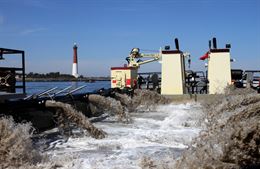 With Barnegat Inlet always in need of deepening, the shallow draft dredges Murden or Currituck could likely offer a load of sucked up sand, should the state opt to preserve the park’s beachline as it now stands. Also, dredge company pump boats could accomplish the same function, though the two-birds/one-stone approach seems more cost efficient.

I’m guessing the ongoing park and borough beach erosion might have to get more severe before such action is taken.

The park is dealing with another type of erosion: inlet water intrusion along the south side of much of the jetty, including the deck area. This cross-under water – passing through the jetty rocks -- is apparently a not-good sign, per jetty experts. 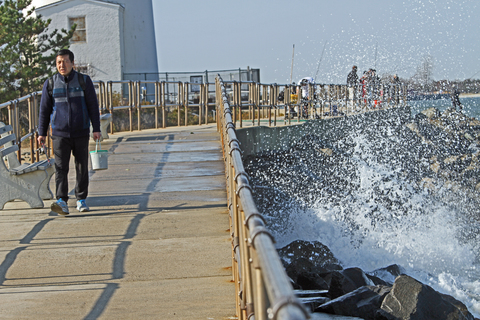 The wetness is also a downer for the park, now that folks have come to thoroughly enjoy the sand on the south side of the jetty. That sand easement is particularly helpful for folks who want to walk to the jetty’s east end without having to perform the tedious rock-hop atop the jetty. Those south-side sands have also become a favorite nesting zone for a group of nesting piping plovers and black skimmers.

Below: Readings From the Northside - WordPress.com A fill-in may soon be on the way for the ponding areas adjacent to the jetty. It would arrive via material from the scheduled (fall) deepening of Double Creek and BL bayside channels. That project was supposed to be done last year but:

"A channel-dredging project off Barnegat Light and Barnegat Township that would have started next month is now on hold under the governor’s shutdown of transportation project spending, officials confirmed.

As it was first explained to me, an accompanying fill-in of the ponding near the jetty would involve a pipeline (unknown inches, in width) running from bayside BL to the park -- pumping bottom material from the channel serving the borough’s hugely popular boat launch ramp. That channel is also vital to the borough’s boat rental berths and boat liveries.

If I were a betting man, I’d place the odds of bay-to-park sand transfer getting done at about 50/50. The big funding for that project first goes to Double Creek deepening, then comes smaller channels, and, finally, the park work.

On the subject of inlets and channels, the 800-pound gorilla Little Egg Inlet gorilla in the room remains momentarily silent. ACE is fine-tooth combing the details, as the state awaits permission to bid-out the making of a new channel. I just want to debunk the notion that such a bottom-to-beach sand transfer is new to NJ.

"In 2015, the U.S. Army Corps of Engineers' Philadelphia District conducted dredging operations in the Delaware River to deepen the channel and then beneficially used the material to build a dune and berm in Broadkill Beach, DE and reduce the risk of coastal storms for the community. (Photo by USACE)

"In addition, part of the main channel served as the borrow area when the Corps built a similar dune-and-beachfill project at Oakwood Beach (Salem County), N.J.; deepening material previously deposited at two of the Corps' riverside disposal areas was re-used for road construction projects in Delaware and road construction and site work in southern New Jersey; and even now, during the second phase of the eight contract (rock blasting), the New Jersey Department of Environmental Protection is having all the dredged rock hauled down to just offshore of Wildwood, N.J., to help build a new submerged artificial reef."

A Southern California brewery has put sustainability on tap with a new brew made exclusively from wastewater, according to news reports.

This was all done in the name of sustainability, the brewery said, noting how the historic drought in California affected the state's water sources. San Diego's Pure Water project — which aims to provide 30 million gallons (110 million liters) of recycled water a day to the city by 2021 — offered the brewery an opportunity to use a new water source to brew beer, while also helping raise awareness for the project, Mashable reported. [Dry and Drying: Images of Drought]

"This particular water will just help us not require so much natural water to come in, and [will] give us a more reliable source. So for us to be able to re-use, that's part of our mantra, that's part of what we do," Tiernan told CW6.

Though the Full Circle Pale Ale was a one-time-only brew made specially for an event, the wastewater beer isn't Stone Brewing's first foray into sustainability. The brewery's headquarters has its own water-reclamation system, according to Mashable, and uses solar energy for 20 percent of the building's power.


Here's a throwback to the early 80s when a diver needed over 50 tautog to win a spearfishing tournament. That's during a four hour meet. This photo shows Ted Warnock with his catch for the day. 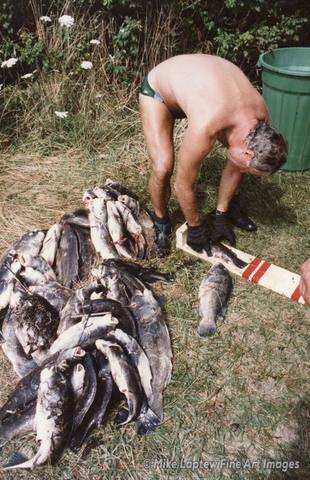