Late-day, Saturday, September 03, 2016: Had an oddly usual afternoon ... Beaches holding their own for now.

Check out this Hermine look from OBX: Late-day, Saturday, September 03, 2016: Had an oddly usual afternoon, amid hovering reports of impending shoreline awfulness. I played volleyball, sorta bayside, on the backyard court of Al V. of Barnegat Light, somewhat protected from the 25- to 35-mph ENE winds. We played for hours, marking the end of the season, though I’m hoping we keep playing beach ball in Ship Bottom, right through September.

Somewhat ironically, I was playing v-ball with Keith W., who is the ACE project manager of the entire LBI beach replenishment program. I couldn’t help but tease him a bit by noting my read that this storm could be, first-and-foremost, a beach erosion event. That’s the last thing Keith wants to hear.

We did go over some assorted storm scenarios – and there are enough scenarios than you can shake a weather stick at.

One possibility we both fretted was the stalled storm possibility, which is currently common to numerous forecasts. A slow-moving, multi-day beach hit is just what a beach-fixer like Keith doesn’t need right about now -- as an always unpredictable Congress decides what/where/when/how to dole out mullah for tons of national projects, including beach maintenance in NJ.

I’m guessing it’ll be Tuesday when a decent storm-damage assessment of the beaches will officially take place, though Keith is here right now, keeping a close personal eye on things.

Which brings us to a late-day look at the beaches, which I’m looking upon with sun in my eyes. (See blue sky photo below.) Only able to call it like I see it, the Mid-Island beaches are looking so good and wide that a decent number of folks have wind-blocking umbrellas anchored down and are having a good Labor Day weekend, damnit all.

I’m sorta stunned at how well the replen sands are holding up today. At the same time, I’m not even remotely being fooled into thinking there isn’t some serious upcoming beach-eating wave action headed this way, especially if the system retrogrades westward while taking on more nor’easter characteristics. When is it no longer Hermine? Any minute now.

That backtrack caveat offered, I’m momentarily upbeat on the survival of the beaches. They’re looking beefy heading into a possible bigger hit tomorrow into Monday. Seeing them standing strong is far better than having them already beaten down and reeling – and then have the worst arrive.

They called the storm off here in Holgate
— withKaren Traegler Palermo and Paul Midura at Holgate, Long Beach Island. 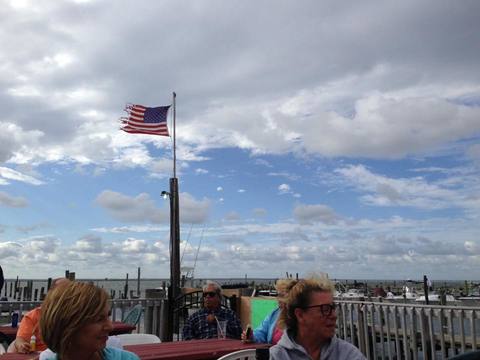 
Water rescue call in the ocean. Good launch, thanks to all first aid, police and fire companies for the assistance. Report of person holding onto buoy

about 300 yards out. Upon inspection was a large piece of debris. 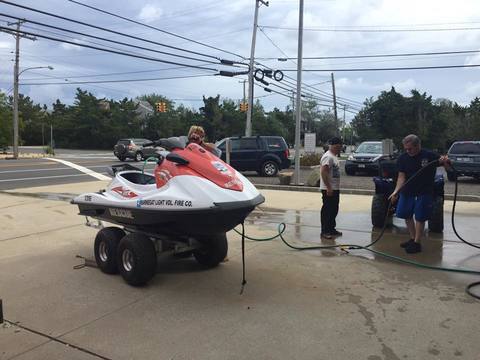