July 19, 2013: Still sizzling but with a decent south wind. With the water is so warm, the breezes are more like a fan than an air conditioner -- which it felt like when the water was 55 degrees and the southerlies blew in.

Clearer water along the beach has put a bit of a hurt on fluking and kingfishing the suds. Boat fluking is picking up, oceanside, as the winds are finally blowing enough to offer a good drift. The bay is finally wind-cooled enough to work without fear of heat stroke. It is also finally relatively bug-free. If you're heading down this afternoon, give bayside boat fishing a try.

I have yet to talk to anyone who has been night fishing along the beach. That type of relaxation surfcasting just isn't in any more. My dad and his buddy, Mel -- owner of one of the first houses built in Beach haven West -- lived for their Coleman-lit night sessions. Admittedly, the didn't mind catching dogfish. I think a big part of their night fishing impetus was sneaking away from the little ladies -- and, yes, us kids -- for  a short stint offering cool breezes and laidback angling. This sand eel photo has created a bit of a buzz on Facebook. The forage fish washed up onto the beach, obviously chased ashore by something spooky -- in their eyes. I guessed it was stingrays rooting around. The entire Jersey shoreline has been awash with rays, occasionally flush against the beach. Regradless of hat spooked the sandeels in, this is a great sign. As I commented in Betty and Nick's facebook page: Jay Mann Sand eels are not balled up this time of year but are individually buried, backing into the bottom sand, for the season. So this washup shows the nearshore showing of these prime forage fish is incredible. Could easily explain the super fluke fishing in the suds this summer. Check out Betty and Nicks Bait and Tackle Fishing Club.

Here are in situ sand eels. 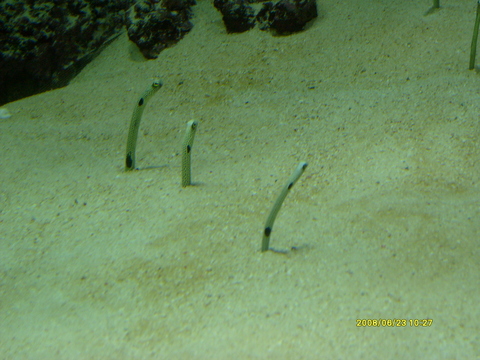 So I am hearing reports of sandeels again along the Jersey coast this summer. Something that I thought we would not see again for awhile thanks to Sandy last October.

I'm not sure if Phil hooked this fish or jumped in and simply kicked the crap out of it. Just kidding. We go way back and Phillip is a cool -- and friendly -- guy.

This morning Bud had Nick out fishing the incoming tide.
Nick is from Colorado and them came home with 4 keepers.

At Outdoor Edge we love our hunting, our fishing and our trucks that get us there. Who would be in heaven to own this fish truck?

(No comment. It would be cool if all the trucks in NASCAR each had this them based on sponsors. I'm not sure that the Kotex truck would look like. Yes, they're a huge NASCAR sponsor, i.e.:

The former Winston Cup Series will now be known as the KOTEX CUP SERIES.

Been fishing with this kid in the same spots since 2nd grade....

Schoep the Dog Passes Away


Bayfield, WI (NNCNOW.com) - A 20-year-old dog from Bayfield made famous across the globe thanks to a touching picture with its owner, has passed away.

A Facebook post Thursday afternoon by John Unger, the owner of Schoep, states the dog passed away on Wednesday.

"I Breathe But I Can't Catch My Breath. Schoep passed yesterday. More information in the days ahead," Unger's post said.

The picture that went viral last year featured Unger and Schoep floating in the waters of Lake Superior.

The dog suffered from arthritis and had trouble sleeping, so to ease his pain, Unger would take him swimming.

Unger received an overwhelming amount of support for the dog since that picture went viral last summer.

How Climate Change Is Fueling A Rise In Deadly Diseases

In the summer of 2012, the mosquito-borne West Nile virus made a surprising comeback in America. In Dallas, the most affected region, 400 people contracted the disease and 19 of them died. That came as a shock to public health officials, since West Nile virus was thought to be in such precipitous decline that it was practically eradicated.

Now, a little detective work has led epidemiologists to the reason for its resurgence: warmer winters and wetter springs. In other words, the consequences of global climate change are fueling West Nile. And it’s just the tip of the iceberg. Health officials expect the number of people contracting other infectious diseases to rise right alongside global temperatures.

The diseases that are propagated by climate change tend to come in fungal, algal, tick-borne, and mosquito-borne forms. For instance, dengue fever — which causes a high fever, painful head and body aches, and rashes — will likely continue infecting Americans in hot and humid climates, as well as regions that are close to warming oceans:

That’s because warmer waters allow mosquitoes, which are the primary vessels for dengue fever transmission, to breed and live more freely. According to the World Health Organization(WHO), “Mosquito species such as the Anopheles gambiae complex, A. funestus, A. darlingi, Culex quinquefasciatus and Aedes aegypti are responsible for transmission of most vector-borne diseases, and are sensitive to temperature changes as immature stages in the aquatic environment and as adults.”

Mother Jones notes that warming oceans also affect aquatic wildlife like reef fish. Dangerous algal blooms, which are caused by warmer waters and dying coral reefs, can infect fish that eventually makes its way into the human food chain. In 2007, nine North Carolina residents contracted ciguatera, or fish poisoning, from infected fish that had been caught off the coast of Florida.

But it’s not just coastal and humid regions that are feeling the effects of diseases that are propped up by climate change. In the western United States, states like New Mexico, Arizona, and California are experiencing an inexplicable rise in Valley fever, which causes head and neck aches, serious respiratory problems, has no cure or vaccine, and can be lethal. The condition is caused by fungus that resides in spores in the soil that are lifted off of the ground due to dry weather that is a consequence of global warming-related drought.

Furthermore, illnesses that currently impact other countries could flourish in the United States if they were to find their way here. Rift Valley fever — which causes fever, vertigo, and neck stiffness — is also spread through mosquitoes.

Public health officials in Europe and the U.S. Centers for Disease Control (CDC) have publicly warned that populations should prepare for a rise in these diseases as a consequence of global climate change. But currently, only eight states have taken measures to prepare to combat the public health consequences of climate change. 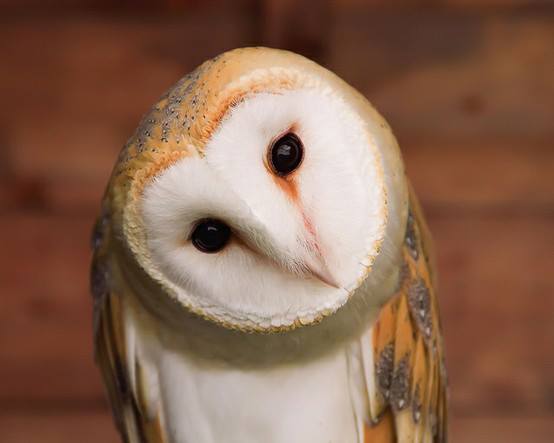 Jay, ever seen these or even hear of them ?