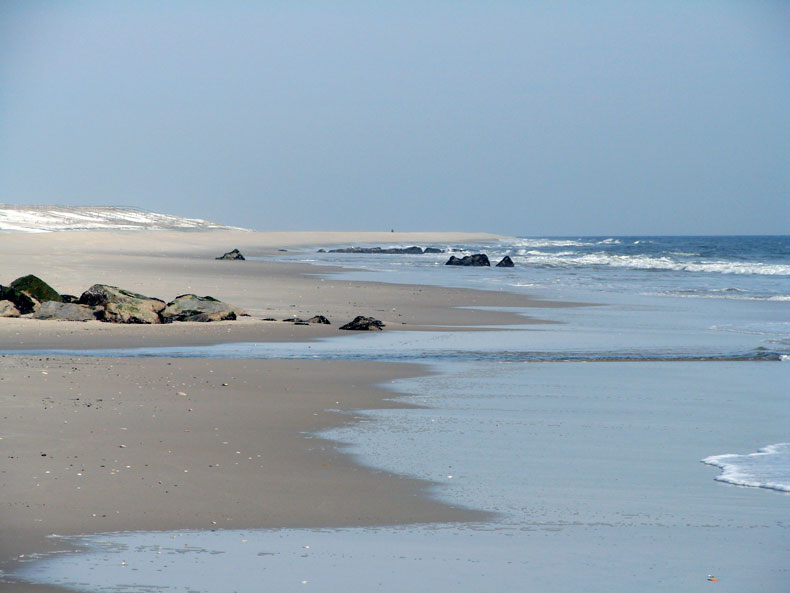 Just as the expression implies, snow fog is when the coldness of a significant snow cover reaches out to greets a batch of warm air, like the 50-degreeish temps that moved in for a very short stay. The significance of this heavy, moist air is its amazing melting potential. Only rain melts snow away faster than snow fog, especially near the ocean where salt mixes in with the fog.

My back yard lost a full one-third of its snow volume. There are still a couple feet of snow from east fence to west fence but grass is showing in places. This enhanced melt will slow this coming week, post cold front. Still, a load of sun will work on the remaining white, though I’m thinking some of the plowed up piled up snow on certain street corners will still be around by beachgoers wanting to cool off their feet next July.

There is some chance of snow by next weekend, but only enough to resurface our increasingly motley-looking snow cover. Though nothing big on the horizon at this time.

I’m hoping to get some clamming in this week, helped by west winds -- and, finally, no huge storm in the North Atlantic to keep high water pinned in the bay.

Before I get to an email or two, I want to pour praise – nonpolitical praise – on the “Sarah Palin’s Alaska” show. Very cool fishing episode tonight, one that will surely be replaying in the future and can be seen on either “On Demand” or on computer. The salmon and Inuit angles are downright seductive – in a nice way, mind you. I feel like dropping everything and zipping up there. As for Sarah she gets my vote for coolness – as does Alaska.

The above photos go with this email:

Greetings and Happy New Year. You were right, and right on schedule. Here in North Beach, the effects of Harvey Cedars sand drifting south are clearly visible. "Inundated" was the word you used last winter and that is the best way to describe it.

The 3 north-most beaches in North Beach look as if someone has been dumping sand down at the waterline. You can see a clear line where the old sand meets the new coming in from the ocean. The jetties are being buried.

Did I miss some kind of emergency dumping? I don't think so. Here are some shots from the public access (tennis courts) in North Beach, looking north (5.jpg), and one beach south of that (13.jpg).

I realize this is more visible because of the calm conditions and the ultra-low tides that let one walk out beyond the jetty. But the build up of sand on the ocean side of the beaches is clear, and the pattern of it tapering off from Harvey going south is clear too.  Cheers, Jim.”

(No emergency dump, Jim. That’ll happen in Surf City this coming winter or spring. Ironically, that march of Cedars sand will be hitting Surf City right about the time the feds will begin pumped in repairs to the now-eroded beachline between North Beach and Ship Bottom. Still no word on whether or not Brant Beach might be on the pumped in fill schedule.

Blog: I have always been down on partial fixes like that taking place BUT I assure one and all that if LBI loses its current project, it will still absolutely need replenishment in the future and we the taxpayers will be mangles by the costs. I repeat that under the current agreement, any place including now will be monitored and replenished indefinitely. And I can guarantee the oceanfront homeowners trying to end the current project won’t be picking up the excess costs – though I see class-action lawsuits making sure they pay a mint for future fixes, should they ruin the current project.)