This week's "Why you shouldn't let uncles babysit."

Of course, aunts aren't much better ...

Below: Yet another soul who doesn't get the concept of "Run!"

I need to sneak in some Pinelands time – picking wild cranberries – and see temps rising to near 90 for days to come. That’s weird. But it all levels out in the long run, as you’ll see after the warmth passes and we’ll lucky to get out of the 60s for high temps a week from now.

Ocean water temps are near between 68 and 70 -- and milder in the inlet during outgoing tides.

I’m doing a load of beach time later today so I might be updating today’s blog. 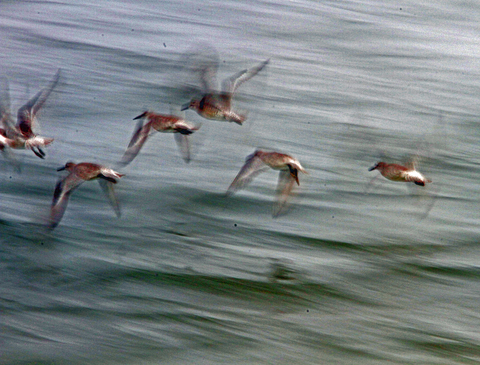 I was told Great Lakes had the inside track but there might have been time conflicts that raised their bid.

Weeks did some of the first replens here on LBI. While we’re in good hands with Weeks, I’m not sure they’re as amenable to the public getting up close-and-personal with the work.

If Weeks begin quickly – which they might do faster than Great Lakes would have -- we could see a bit of a conflict between heavy dredging equipment and our fall surf fishing. I’m purely guessing at this. It seems logical: if they begin in October in Harvey Cedars or Brant Beach, surfcasters will have to modify and adapt. I’ll know more soon.

I should note here that the Weeks replen work will utilize existing sand borrow-sites located off Harvey Cedars.

LEI DREDGE: I’m thinking there will soon be official word on the state-run/sponsored Little Egg Inlet dredging. I don’t expect anything different than the info I’ve already leaked out. Most likely, word will be issued on the winner of the bidding process.

As oft noted, announcing a bid winner doesn’t guarantee the project is a slam dunk to happen … but it surely means an important step has been taken.

SAND, SAND EVERYWHERE: I was chatting with a couple captains who remarked at how large the Little Egg Inlet Shoals have gotten. That shoal growth has not gone unnoticed by the Army Corps., which still very much sees that area as a borrow zone; one of the utmost significance for future replenishings of the southern beaches of LBI.

It hasn’t been talked about much, but the current sand borrow sites off the northern part of LBI are running a bit thin. In fact, last year the borrow zone was moved further out to sea.

In a purely academic sense, I wonder if the sand removed from the now-abandoned “Lumps” borrow site will naturally replenish … in a timely fashion, that is.

I have no doubt that on-the move sand will eventually refill the Lumps zone, based on the same geological factors that led to sand accruing there in the first place. But, will it take place within the 50-year timeframe of the Long Beach Island Coastal Storm Damage Reduction project?

FYI: The Feasibility Report for the Coastal Storm Damage Reduction project was completed in September, 1999. It recommended beachfills “with periodic nourishment to reduce potential hurricane and storm damages for the island. The project involves the construction of a dune with a top elevation 22 feet above sea level with a 300-400 foot wide berm, depending on the location of the beach on the island, at an elevation of 8 feet above sea level.”

The initial phase of the Long Beach Island Coastal Storm Damage Reduction project was completed in November, 2016. It was paid for by the feds, state and local governments, though Surf City has refused to pay … to this point.

Per ACE, the post-Sandy work was funded entirely by the federal government through the 2013 Disaster Relief Appropriations Act, commonly known as the Hurricane Sandy Relief Bill. The project is eligible for continued periodic nourishment.

Returning to the Coastal Storm Damage Reduction project, it extends 50 years into the future. I’m led to believe that means 50 years from the Nov. 2016 completion date. Hey, that could matter someday.

Huge question: Could the Trump administration nullify that 50-year contract -- the last of its kind ever funded by the feds?

That would be folly.

The feds get massive revenue from a healthy and stable coastal economy, via taxes and a healthy working workforce. Reneging on such a written contract would imply D.C. could freely and readily default on any agreement it has ever made. Imagine how that would look to the nation … and the world. Talk about undermining worldwide faith in America as a business entity. The Donald should know that. 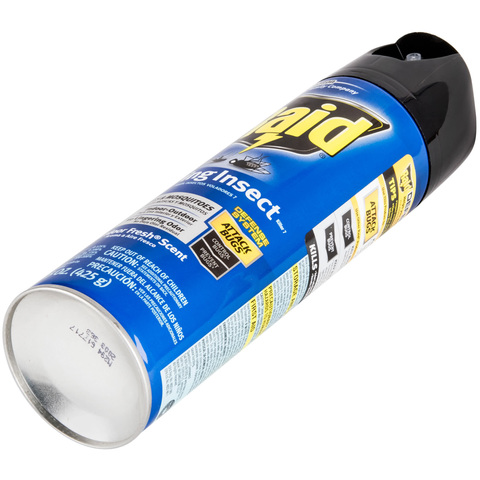 I’m seldom good at vengeance. Being a chronic procrastinator, I simply never get around it. But, out of absolute necessity, I’m about to go full-bore into a well-organized retribution mode. And there will be fatalities.

For days on end, I’ve been fiercely and relentlessly put upon by black flies. They’ve been biting to high heavens – and making hell out of the hours I must stand around waiting for mullet. They’ve pushed me to the edge. A war is on.

Later today, I will savagely resort to insecticidal retaliations. I’m equipping myself with bug spray formulated to end the lives and times of any and all blackflies. The warzone will be on and near by lower leg region, where I’ve been bitten to hell and back. Now some of you might be thinking: “There’s not a damn thing new about spraying to stave off biting bugs. We all do it?’

With the motto “No Prisoners!” close at hand, I’ve armed myself with a a particularly large can of Raid “Flying Insect Killer.”

Note well the “Killer” designation. This makes a flimsy repellent look like child’s play. There’s essentially not one drop of repellent in the deadly stuff. The chemicals with this can is dead-kill material. It is designed to affect a terminal revenge on the black fly race, even if only in a highly localized manner.

With my can of “Killer” Raid mounted in a quick-draw way on my hip – using an old holster -- my prime intent is to wait for the leg-biters to touch down on my skin. I’ll draw and gun them down. “Say hello to my little friend!” 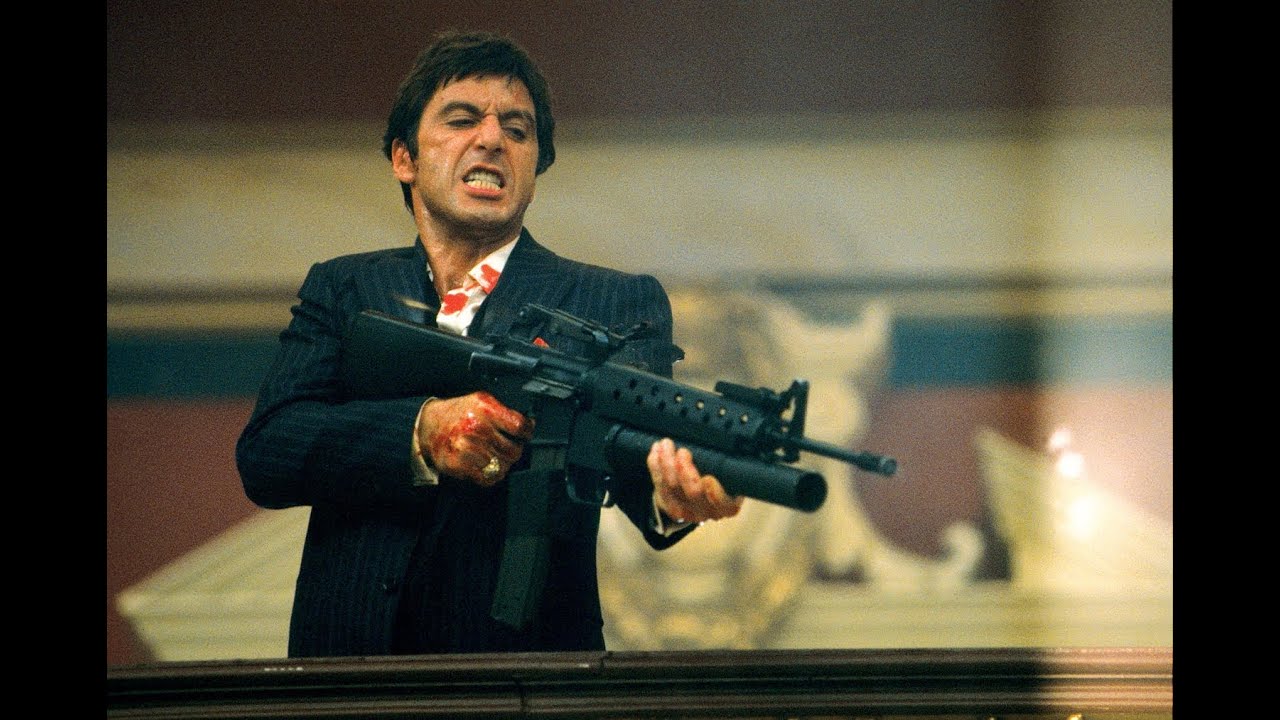 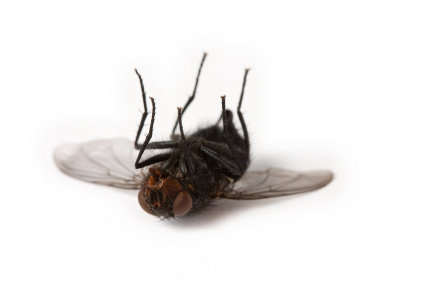 Where I had been lamely shooing them away up to now, this spray-‘round they’ll meet a well-deserved, gasping, ghastly end.

My killer approach will likely reduce the number of leg biters, More importantly, since this is all about revenge, it will also offer me a huge shot of contentment  Admittedly, I might be spend a lot of time chem-killing flies. Nonetheless, I anticipate huge mental value in counting black fly kills … instead of mullet. No longer spending countless hours fiddling with your fishing line, now you'll be catching fish faster than ever before with this Fishing line Knot Tool ...
https://saveenvy.com/products/fishing-line-knotter