Friday, September 13, 2013: Wait until you see get a load of this weekend. “Classic” just touches on it. Cool, clear, crispish (after that nasty batch of way-hot we just had), fishafied (fluke, panfish and blues),  low winds and an active ocean, good for both surfers and surfcasters.

Boaters must keep a wary eye open for large breaking waves near inlet shoals. There is a hurricane swell running. Those waves are hugely problematical not only because of their size but also because of their inconsistency.  It can look like a lake out there as you unadvisedly decide to motor cut across the edge of some near-inlet shoals in Beach Haven, Little Egg and Barnegat inlets, only to suddenly run headlong into a hull-grinding set of massive breaking waves. Keep that well in mind when heading out this weekend. 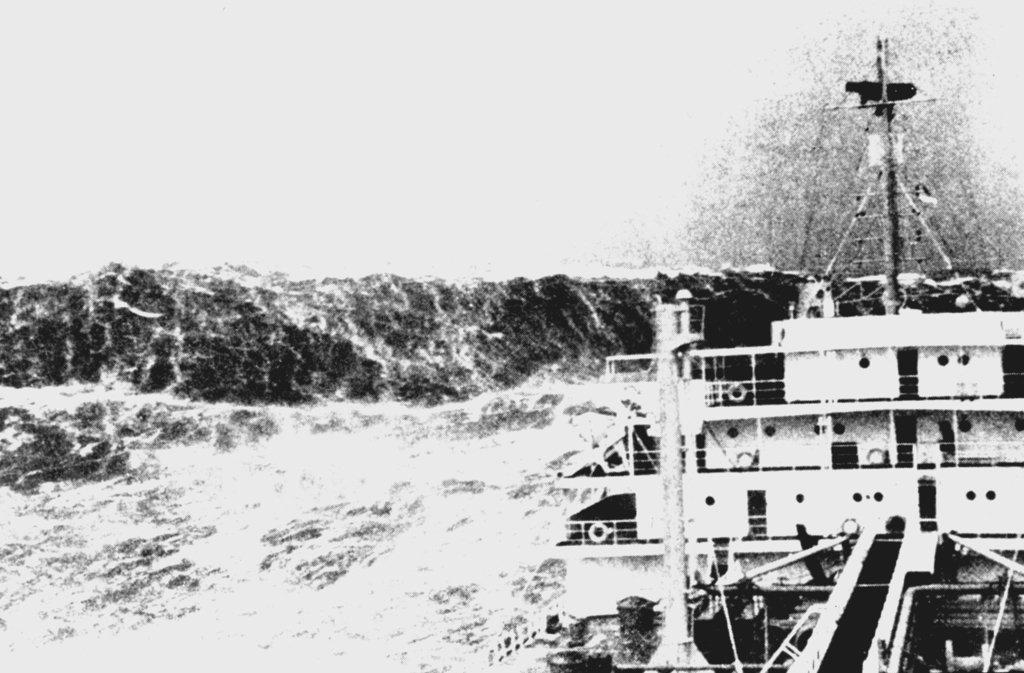 BELOW: SET WAVE (IN INLET) from massive storm well out at sea ...

And, no (!), they are not “rogue” waves. Rogue waves only happen well out at sea. Any sudden onshore waves are “set waves,” from a definable source, in this weekend’s case, an Atlantic tropical system. A rogue wave is a complex jacking up of the ocean—far from land masses—due to the colliding of at-sea currents, swells and, in some cases, mysterious energy sources.

More and more is being learned about rogue waves and they are being roughly likened to the wave action inside a bucket of water, as it is being shaken or even carried. Waves slap off the sides of the bucket and rebound in a fixed pattern, however, when things get riled, waves happenstancely collide with each other and jack straight up, many times higher than the colliding waves. In fact, if you ever tried to carry a five-gallon bucket with water inside, now and again you’ll get drenched by that collision phenomenon, which sends water clean out of the bucket. When translating that phenomenon into the truly inestimable forces in the ocean – including surface currents, swells and even subsurface current—the resulting rogue waves can be through the ceiling, make that the sky. A researcher has mathematically calibrated that rogue waves can conceivably exceed 75 meters (over 200 feet) in height, albeit for a very short time span. However, if you’re luck is like mine, we’ll be right where all the rogue wave components get together for a Poseidon-esque high five.

WHAT HOOKIN’: As for fishing, the angling pressure has, expectedly, been down somewhat with the end of the summer tourist season. But a load of locals are finally getting  lines out and  this ideal-looking weekend is going to call out to any off-Islander who has a place to stay down here.

Please include me (jmann99@hotmail.com) when handing out any fishing stories. I have a way with words when retelling such. That’s because I truly enjoy the sport, though my attention deficit places me at the deep low-end of angling success.

Fluking is fast and furious when, well, it’s fast and furious. At other times, it’s a struggle finding a flattie. Per Rutgers studies, the fluke don’t leave, they just stop eating. Yes, the feeding patterns of fluke are very much tide driven. As I oft note, the Rutgers studies placed transmitters on fluke to follow their movements and feeding patterns. When those buggers stop eating, they grind to a halt, sometimes literally. When not feeding, they hunker down in the mud, more than usual; burying themselves and showing no feeding interest when even a seemingly luscious meal passes right over their noses. When they turn on, not only do the fluke go full-bore, attacking anything edible in sight, but they move, a lot. We often envision them as staying in one place, ambushing anything that drifts over, a lot like stargazers.

Fluke will swim a short distance, then bury, often anticipating arriving food they’ve spotted. They attack and then swim away, often many yards away, and repeat the bury-and-attack process. They can travel miles this way. In inlets, the often follow what might be called tidal edges, i.e. convergence zones between incoming and outgoing tides. A video I saw showed mats of fluke lifting up and moving along in this stop-feed-go manner.

CLASSIC CHATTER: I truly fish vicariously through the success of others, though I’m sure as hell going to be out there with all guns blazing during the quickly arriving Long Beach Island Surf Fishing Classic. Get this (!): there will be at least one and possibly two days where the single largest bass for just that day will net the hooker $1,000. You heard right. That bass-o’-the-day alone will be worth a cool gran. Important: Sign up well in advance of those special $1,000 days.

Personally, I’m always a bit suspicious of someone who signs up for the tourney and – lo and behold -- an hour later comes in with a winning fish. When that  fish is a $1,000 jobber, I get doubly so.

Yes, that’s awful for the guy who really did just sign up and legitimately scored a trophy bass but why the need to wait until the last possible instant to enter an eight-week event? OK, so maybe that’s just me fretting over nothing.  More rational is Margaret at Jingles. She astutely advises: If you’re going to sign up at the last minute and hook that payday fish, make sure you have a frickin’ witness. Hell, that applies even if you’re signed up well ahead of time. Land a major fish and look for a witness, ASAP. In the because of the one-day $1,000 bass, look for a witness even on merely a modest fish. In obviously suspicious cases, the Classic committee will use the polygraph. 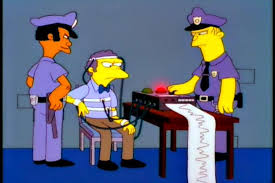 Oddly, the person most heavily impacted by that “find a witness” concept is yours truly. I fish alone and often very far from the maddening crowd – that way I can talk around talking and yelling at myself while waiting for the stupid rod to move.

The upside for me is the minimal odds of me going large. However, as noted, this year count me in. I lost my mullet contract for this year (ouch!) but I can still throw a fairly mean net so I’ll be able to live line a lot. To me, live bait is still the best way to bigger bass, though not at all so with chopper blues, which live for chunks.

Here’s a chopper blue theory of mine: Blues often fear a whole wounded bait, i.e. live-lined offerings.  Watch the way they attack foodstuffs. Wham! A flashingly fast  bite and outta there in nothing flat. That comes from an utter dread of going after a prime target and having a bigger one of your own kind snapping your body clean in half, either intentionally or by accident.  Blues are not lingerers when eating.

Despite what we might think, bluefish are nowhere near the top of the food chain. From sharks to dolphins to their own kind, blues themselves  are constantly targeted as foodstuff. They survive by being almost psychotically paranoid – and thus constantly on the move. It’s defensive.

That is the why they’re not highly targetable via live baits. They’ll take one flash-bite and bolt – leaving the telltale severed live bait.

Big blues love low-danger chunks of food. They get to approach dead food somewhat carefully, they get to snag the whole bait in a single passage and, most of all, they get to hit and run.

One mystery to me (and many others) is why a bluefish will dissect a live bait, causing the now-dead forage fish to sink , but  won’t so much as touch the remains of the forage fish as it then lies on the bottom. We’ve all see this. For some bizarre bluefish reason, that once-bitten, once-live forage fish is suddenly forsaken. You can sit there until the cows come home and nothing  is going to get near a severed, once-live baitfish on the bottom – until, maybe, it ages enough for sharks to notice. There’s not a savvy angler out there that doesn’t nix a severed live-lined baitfish, knowing it’s utterly useless.