Good thing humans are so much more intelligent ... Give them a buncha Menthos and soda, some tubes and ...

Friday, October 28, 2016: The ocean has resmoothed very quickly. Yesterday’s south winds had blown up a swell very quickly. It looked like it might take a while to settle down. Nope. It’s both clean, water-wise, and small, wave-wise, out there. Not many anglers surfcasting, though that will change later in the day as weekenders begin arriving.

Boat fishing is pretty much a no-go today. Tomorrow might rock ... Take that as you may. 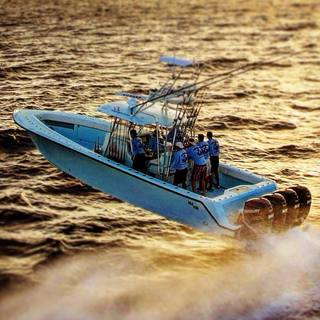 Mild weather will be the tale of skies in the next few days, mainly mainland side of things, seeing 70s.

I know I’ve gone through that whole bubble of warmth thing before, starting with oddly mild air in the Midwest but not only is there a pulse of mildness this weekend but I see system setting up to offer another chance of a really freaky high temps late next week; record-breaking potential.

Saw an amazing artifact found by a well-trained beachcomber. Can't offer more than that just yet. However, it had nothing to do with the dredged material. It came from erosion. The dredge borrow site is not big on old stuff. Yes, it had a load of munitions. But that was due to the depth of the water there ... over six fathoms, which means the ordnance could legally be deep-sixed there. Deep six is technically 36 feet of water.

While that sand is lacking in old stuff, if they ever use sand from the shoals off Holgate, history will begin flying ashore, though only items the size of  silver dollar or smaller, which would include eight reale pieces.

Little Egg Inlet sand would also be absolutely loaded with Tucker's Island stuff, since the shoals are just south of where the Tucker's was located. Yes, Tucker's is out in the ocean a ways, based on the very reliable Coast Guard latitudes and longitudes of the former island.

Add to that scattered Tucker's Island debris are the contents of more ship wreck than you can shake a harpoon at. Again, the screening of the dredged material would only allow smaller items to reach the beach ... but there are some amazing smaller treasure items. Take it from a lifelong metal detectorist like myself.

Below: Pieces of eight would make it through the screens ... 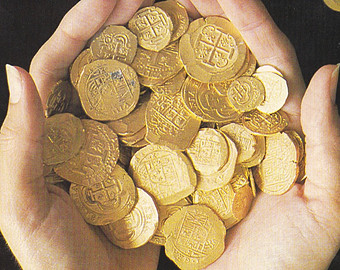 Not to mention America's own ... MOTORIST ALERT: If you're coming onto LBI, please slow down for that final single-lane stretch. Also, stay alert for oncoming traffic ... Saw a near head-on today, as a leadfoot (young dude) over-corrected upon reaching the first trestle bridge after the Big Bridge, heading eastbound. He crossed into my westbound lane. Had anyone been further ahead of me heading west it would have been curtains.

Below: Sorry so many snowboarders hated my forecast of no/low snow this winter. But need I remind them of how little snow is needed to rip ...

BAITFISH BONANZA: The rainfish just keep running the beach. Have never seen such a run of these bay anchovies (technical name). It's tough driving the beach and seeing birds diving like all get-out ... a look all too typical of a blazing blitz. The problem is the only thing you'll get casting into the birdplay chaos is a couple/few gulls. Hey, who knows, they might be an interesting Thanksgiving appetizer. Sorry, that's kinda gross, even for me. But here's who shot them ... 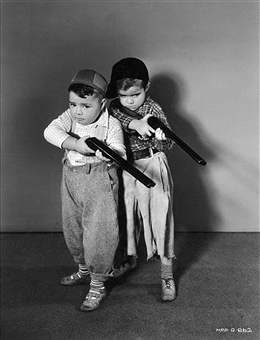 Below: After Trump highway signs were repeatedly being run down, this nasty-ass nail-based base came into play. It nailed someone. 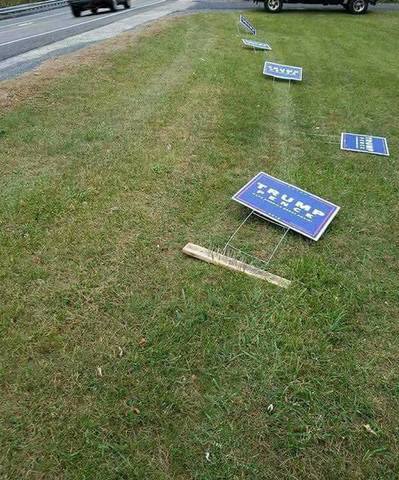 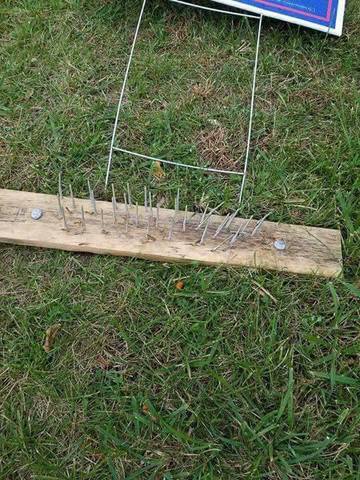 Can you help out my buddies over at Maximilian Foundation ... and have some fun in the process. 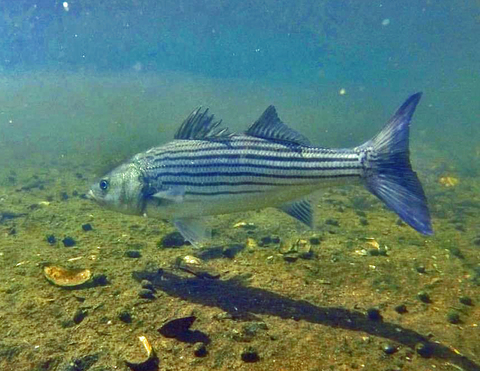 My name is Jim Gilroy, and I am chairman of the Maximilian Foundation’s second annual Striped Bass Bash boat tournament. I write this because we are in need of anglers.

As you know, our home base, The Dutchman’s, is closed for renovations. We want the fishing public to know that this has not derailed the Bass Bash. It is alive and well and just needs some support.

Our new home base is the Elks Club in Manahawkin. The Elks have embraced us, and their help has been immeasurable. Here is where the weigh-ins, family fish fry, entertainment and other activities will occur.

Also stepping up to help with visibility and accessibility has been Fisherman’s Headquarters. Not only have they hung our banner – the store provides registration opportunity.

The Maximilian Foundation is a nonprofit organization started in the fall  of 2014. The foundation works with Southern Regional School District by bolstering the Student Team Building Youth Leadership+Experience, known as STYLE.

In part, the program helps children and adolescents navigate through difficult years and helps them avoid making bad choices, such as drug abuse. Please consider joining our Bass Bash – catch fish, eat fish and have fun. 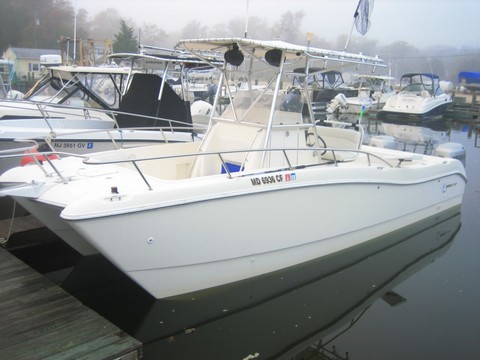 amantejt@yahoo.com
I just splashed the new Hi Flier this week. She is a 25 ft World Cat center console powered by twin Honda 130 4-Strokes. (See attached pic). This is a much more substantial boat than the

21' Sea Cat, so we will be a lot more comfortable and drier. Although, I will miss that boat, we went around the world and back, and she always got me home safe. Good Luck to her new owner Gene Linder of Premium Flooring in Phila, PA. He"ll be keeping her in the same slip at Leaming's Marina in Waretown, NJ.

As far as fishing goes, I got caught sleeping at the wheel as I have been telling anyone who asked about stripers the last few months not to worry, it doesn't start until November 1. While that may have been accurate for our normal 8 to 15 pound fish in migration, the big 20 to 40 pound fish have been here for two weeks now. I thought October would have been a safe month to transition boats but apparently not. So, we are in the water, ready to roll. I am chartered tomorrow (Sat), but will be running Open Boat for stripers Sun and Mon, Oct. 30 and 31,
7AM to 1PM. It has been almost exclusively a troll bite on these big fish, so that is what we will be doing. I will have the bunker snagging and casting rods on board in case those opportunities present themselves, but I would guess that we will be spending most, if not all of our time on the troll. I say this up front so nobody winds up on board doing something they rather wouldn't. Some guys just want to cast lures or snag bunker and some guys want to catch big stripers by any means possible. Personally, I like doing it all, but conditions dictate the technique that gives us the best odds at hooking fish. Lots of west wind in the forecast so we should have a nice ocean.

I look forward to seeing you all on board the new Hi Flier!

Slow day today so took some pictures. Have no clue what these are, but saw three of them off in the distance. Jay Mann? Any idea? 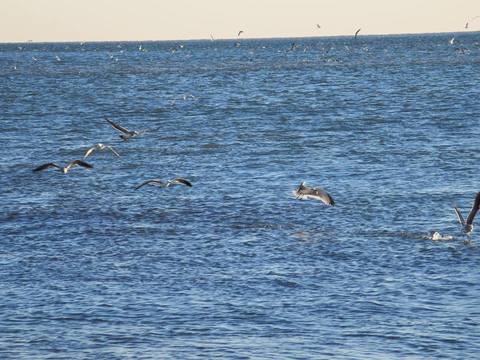 Ed, I see one of those every fall. It anchors pretty far out at sea NE of AC, sometimes for days, even weeks. A buddy once went by it in a boat and was told it was a private luxury liner. I'll put this on my blog and the person who told me that might see it and recall more details. (Enjoying both your photos and the fun you're having taking them. Helps when fish aren't champing at the bait.) -J-mann

There are no atheists in a foxhole ... or when you're this caught inside .... 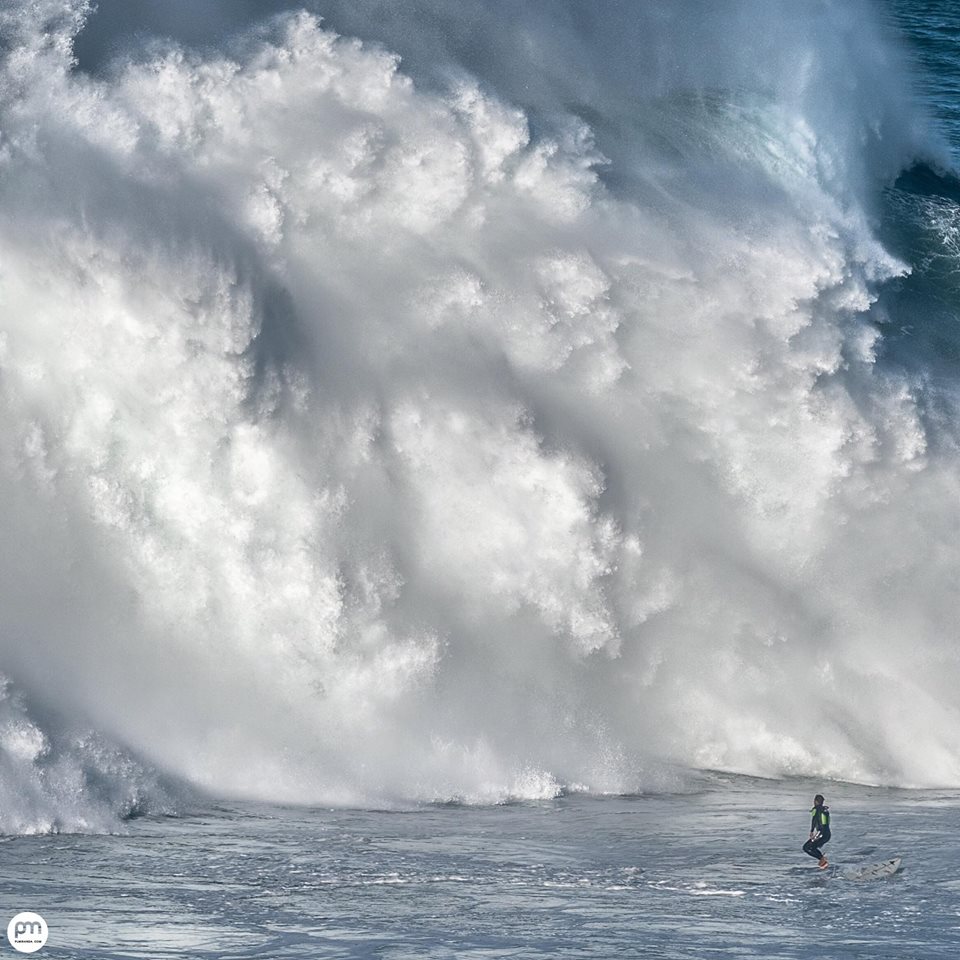 I got this postcard with a "Wish you were here!" Hmmm. Below: After getting blown out of the water, Somalian pirates found this a lot safer ...

Even if you swear you’re not handy in the kitchen, this homemade butter churner lets you make your own butter in about 10 minutes. It’s as easy as turning the handle. Kilner has been England’s trusted name for glass since the 1840’s, so they were the right folks to revamp the old-school butter churner.
Theirs follows the original design but with a few modern tweaks. The gears are made from stainless steel to wash easily and  avoid rust, while the paddles and lid seal are made from food grade silicone.
All you need is heavy cream and a little effort. When the butter takes shape, you’ll also have buttermilk—a tasty byproduct—to cook and bake with, too.
Once you see how simple it is, you’ll be a churning convert. This 21st century update on the standard churner makes it easy. Native Americans attempting to stop a pipeline from being built on their land and water just got assistance from a large herd of wild buffalo.

Indigenous culture honors American bison (known as Tatanka Oyate, or Buffalo Nation) as a symbol of sacrifice, as the bison give their lives to provide food, shelter, and clothing through the use of their meat and their hides. Native Americans maintain a spiritual tradition with bison, believing that as long as buffalo — a gift from the Great Spirit — roam free and as long as the herds are bountiful, the sovereignty of indigenous people would remain strong.

And in the midst of mass arrests, mace attacks, and beatings from batons, a stampede of bison suddenly appeared near the Standing Rock protest camp. A cry of joy reportedly erupted from the Standing Rock Sioux, as they had been praying for assistance from the Tatanka Oyate during their standoff with riot police and national guardsmen.

As the police response to the Sioux’s ongoing nonviolent civil disobedience escalates, tribal leaders are calling on state and federal governments to respect the constitutional rights of water protectors and stop the mistreatment of the indigenous community.

“We call on the state of North Dakota to oversee the actions of local law enforcement to, first and foremost, ensure everyone’s safety. The Department of Justice must send overseers immediately to ensure the protection of First Amendment rights and the safety of thousands here at Standing Rock,” wrote David Archambault II, chairman of the Standing Rock Sioux tribe. “DOJ can no longer ignore our requests.”