Don't count your dragonflies before they're catched ...

I had tons of typos in yesterday’s blog due to my trying to write on the fly, i.e. in a rush. It now reads much better. Check it out in the cleaned up version at : http://jaymanntoday.ning.com/profiles/blogs/thursday-october-25-201... -- or go to the end of this blog and click the “Previous” button.

Holgate parking lot .. as in WTF!? 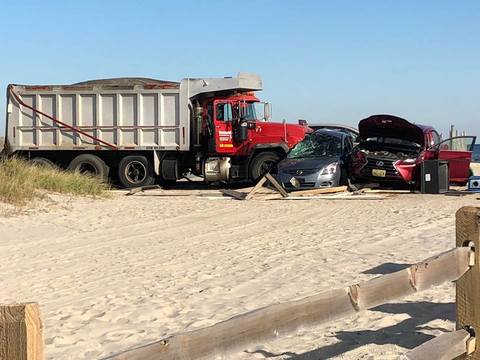 Friday, October 26, 2018: While I don’t do weather watches any more – to any great degree (small pun) – I will suggest that the rapid blow we’ll be getting is yet another one-and-done storm. Although being called a nor’easter, it won’t have anything near the longevity (three-day) of a Classic nor’easter, spawned from Hatteras low pressure systems.

About five years back, I began making note of a seeming slight northward storm-spawn shift, where coastal storms blow up off the coast. Hatteras seems to now be bypassed. The DelJersey coastal zone has been assigned detonation duties. Along with that upswing in blowup point, East Coast storms began moving out to sea far faster than back in days of meteorological normalcy. That is from whence cometh my “one-and-done” concept, meaning one day of sky savagery and a hasty exit. The arriving blow might be even less than 24 hours though the heaviest rain periods will be around most of the storm. A combo rain/tide flooding event is a solid 50/50 likelihood. Tides are already being jacked up by a powerful full-moon phase, known as a harvest moon. It was quite a bright sight a couple nights back.

Back to the arriving rain, it’ll have nowhere to go with the bay filled so that so-called ponding -- which we see as Boulevard flooding -- could come on mighty fast. Repeat: The speed of the flood event – followed by hard west winds – likely means only one bad high tide, though residual sewer-based waters, ushering onto the Boulevard during a second high tide, is possible.

I will mention that Monday is the anniversary of Hurricane/Superstorm Sandy’s landfall, though Hurricane Sandy had been crawling toward us for an entire week prior to her blitz. If you’re like me, you’d prefer to never hear the “Sandy” storm mentioned again. Fat chance, though the Weather Service has retired the name. 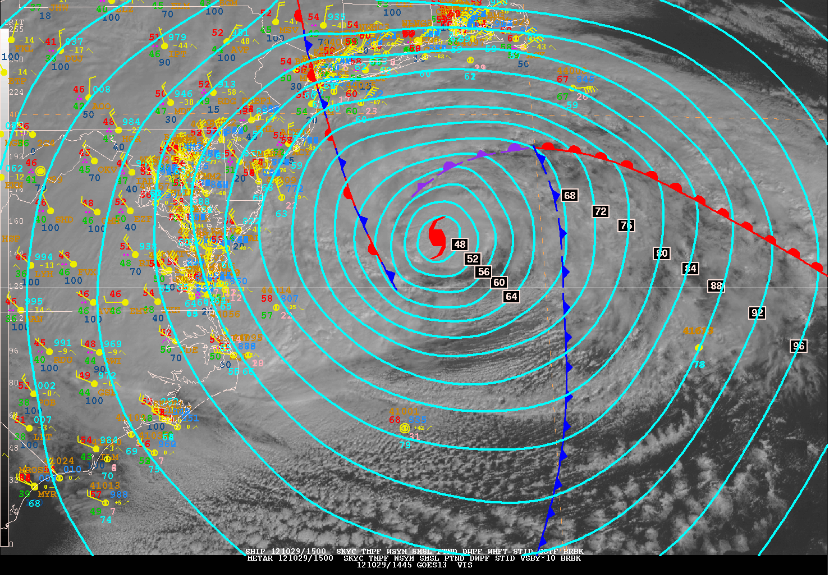 The soon-to-blow storm, even with its rapidity, could take a deep bite of LBI’s beach line, most noticeably Beach Haven to the far south end. We shouldn’t be seeing any dune fence extractions but cut-away beachline will appear where we surfcast and buggy. In very short order, west and south winds will help to return any stolen sand that has been carried out to sea.

I’ll tirelessly reiterate that the overall beach replenishment theory takes into full account the likelihood that sand will be dragged out during stormy times -- to then slowly undergo a beachward homecoming trip during peaceful post-storm days. And it will be peaceful – and mild, post-storm. In fact, by next week we’ll be seeing above-average air temps. I can see mainland temps easily topping 70.

As to the fishing impact of the fast‘easter, the rain will likely trigger the heavy bayside peanut bunker presence to inch toward the inlets. While this would regularly mean a spike in stripering, I refuse to over-hope in that direction. Instead, I’ll pretend I don’t give a damn about stupid old striped bass fishing. Look, fish, I’m not paying any attention whatsoever. Maybe that reverse strategy will work better than my recent unrequited optimism that the bass bite will begin any instant now.

If need be, please obey “No Wake” road zones. In Ship Bottom, it’s the law that motorists snail through standing water. “But, Jay, my car will stall.” Then what in blood hell are you doing on the friggin road?! “We wanna see.” Fine. Just plan on seeing your auto mechanic in the note-distant future.

AUTUMN NUTSOS: Really changing gears, the roads are alive with the corpses of roadkill squirrels. Being a wildlifer, I hate the squished look, which always leaves just the tail bushy and seemingly full of life. While being the most successful form of suburbanized wildlife, squirrels go nutty this time of year, literally. They’re fanatically squirreling away any sort of nut or bean they can sniff out. When on the autumnal hunt, they throw survival caution to the roadkill wind.

For motorists who would like to see neighborhood squirrels successfully make it to their winter sleepovers, keep in mind they have a rather distinct, and terminal, mannerism when crossing. They always zip a few feet … then stop. Zip a few more feet … and stop again. Many a driver sees the initial bolt and thinks the little bugger will just keep truckin’. Ain’t happening. In fact, I defy anyone to videotape a squirrel doing an entire road crossing in one headlong rush. Therefore, give crossing squirrels some leeway – by slowing for its self-assigned stops. Also -- Don’t beep! That makes them prolong their stop. At the same time, don’t go slamming on the squirrel brakes when in heavy traffic. In those highway instances, Rocky will have to simply run the gamut. 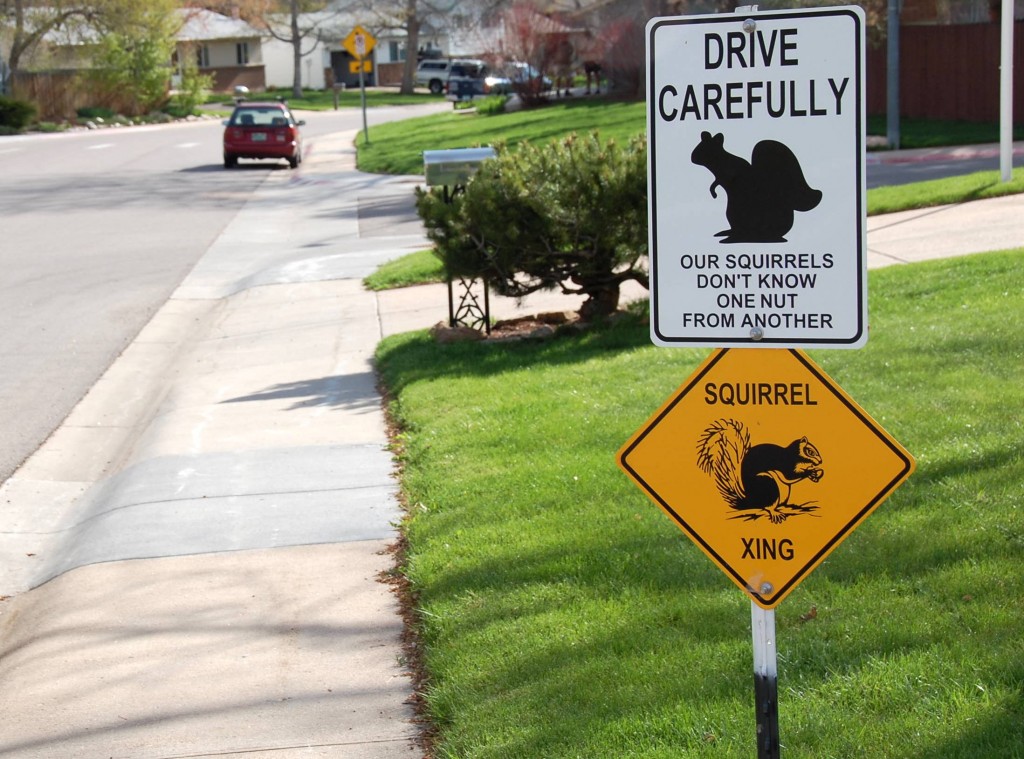 Yet another sign burglars look for that indicates parents aren't home ...