(I shot this scene at Holgate late today. Swim trunks and T-shirts were all that was needed. Could be last of this look for the season. Unless ...

Friday, October 05, 2012: Today was a piece of sky perfection, though it was actually a tad too warm midday, as winds died and the sun beat down.

The Holgate end offered the load of mullet I needed. The run continues to march on, unabated. In fact, I saw a few of the largest pods so far. The mullet sizes are mixing, sometimes a sign of end times for the migration. But nothing is normal this fall so I’ll just be playing it by ear – and eye.

New on the bait front are large, compact balls of baby bunker, though some are large small, so to speak. I netted some that were pushing 5 or 6 inches. Though the bait bails were flush to the beach, there was absolutely nothing attacking them. Obviously, that can change quickly. Baitballs like that are akin to steaming pizza. The odor can waft off for great distances. 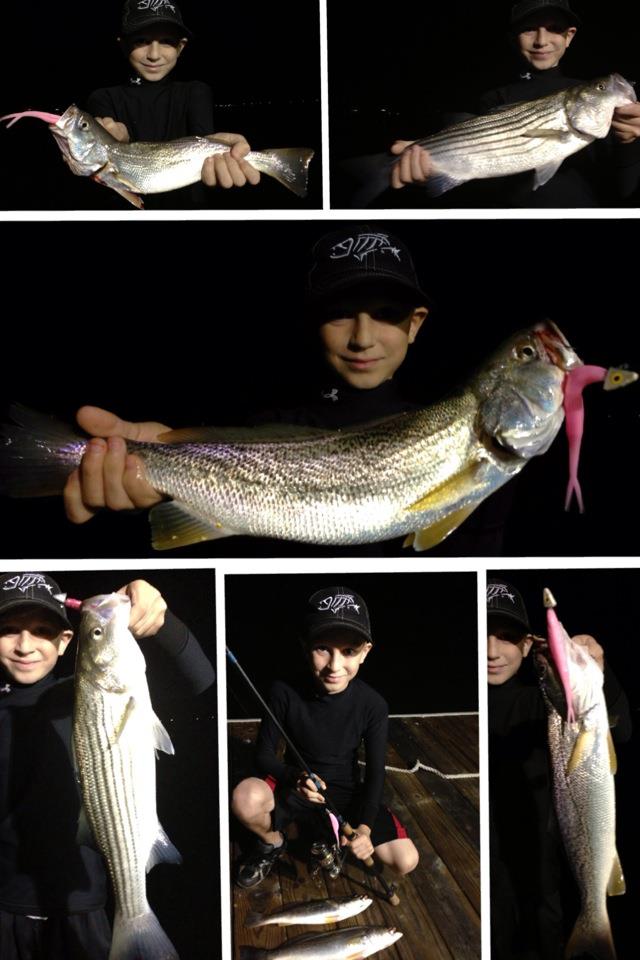 (Frank R. report: Just finished up a great night on the water with my youngest son. Jake worked the jig perfectly on his very first attempt for weakfish. He ended the night with six weakies and a striped bass. I caught a few too, but Jake earned bragging rights with the biggest fish of the night. He is one tired, but happy little boy! :)

The tailor blues are still kicking up a fuss, north to south.  There were even some larger models pushing 5 pounds, though none weigh-worthy sizes – stuff for the start of the Classic tomorrow.

The bass remain sporadic, though they seem to be sporadic over a wider area. That’s a way of saying things could start any day now. With the large number of early sign-ups for the Classic, it’s pretty likely we’ll see some scale action tomorrow. Come Sunday, nasty weather will either play the spoiler or possibly kick-start the stripering.

I saw no fewer than a dozen nice fluke taken today – and all dutifully released. Stu D. had one pushing 20 inches.

Photo of drained Manahawkin lake with lakefront homeowners not sure what to make out of the muddy mess. 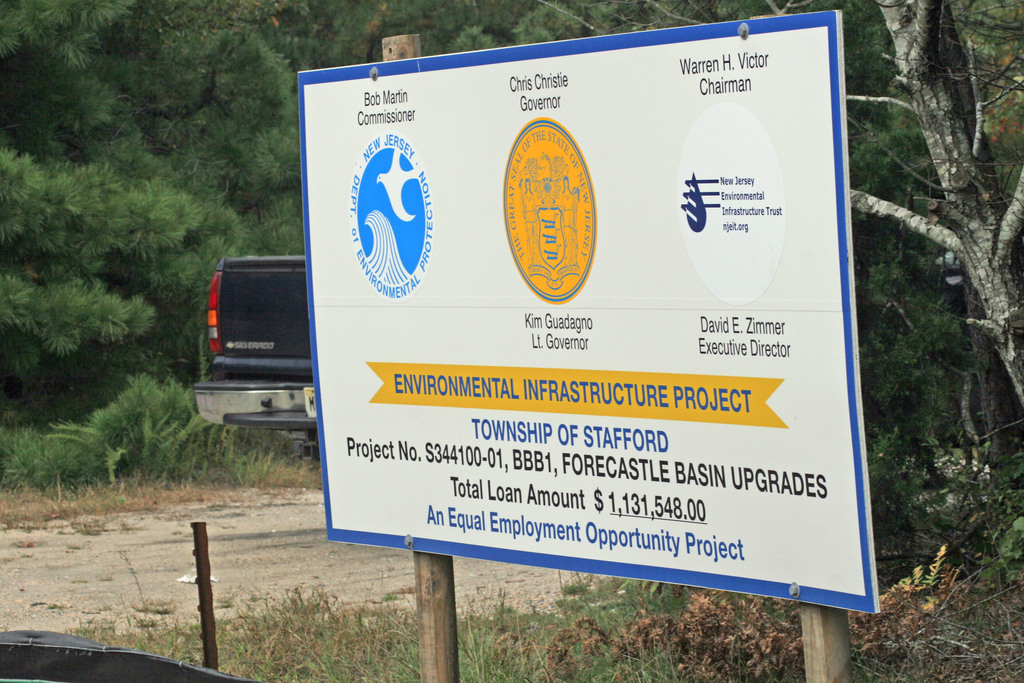 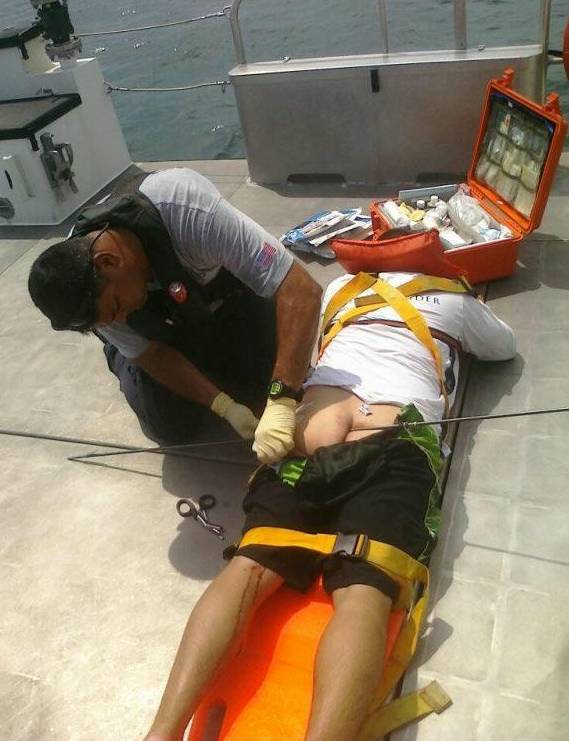