Friday, November 13, 2015; early report: The surf is rougher and dirtier than I had expected.

Just in: Befuddled on the beach in Holgate. Friday, November 13, 2015 Noon: Any bird rescuers out there? This is a downed gannet on the beach just a short way in at Holgate, about 50 feet from the water. It obviously has some serious problem … possibly one a bird vet can cure. 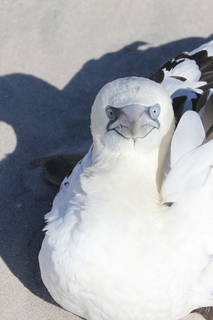 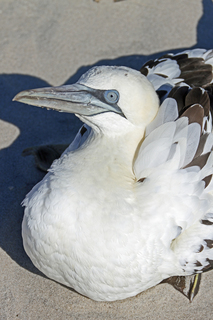 Below: "For you dumb-ass northerners, this is so much easier than how all ya'all does it."

(I'll be fishing today. If anything comes of it I'll update this later. To compensate for the roiled water, I'm plugging with surface swimmers, popper and shallow-divers in school-bus yellow, opalescent or vintage mirror-sided.  Also, if you have reports or photos you'd like me to use, please email to jmann99@hotmail.com. I'm not overly proficient with checking for messages on Facebook. 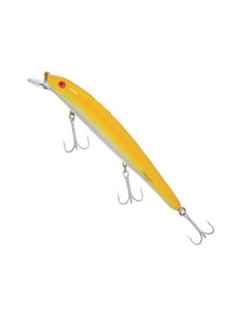 Friday, November 13, 2015; early report: The surf is rougher and dirtier than I had expected. A hard switch from southeast to honkin’ west winds can do that.

However, as of midday, the winds aren't quite the honkers they were forecast to be. Also, the ocean is still plenty clean enough to fish without going overly showy when bait fishing. I say that because back in the day it was common to switch from red to yellow floats on bait rigs meant to target fall slammers. Now, with bluefish rarer than striper teeth, rigs are all bottom dwelling (no floats), for sniffing out stripers. The thing is I've seen huge stripers (50-pounders) going for bluefish-ish flat rigs. Still, they're not commonly used for bassing. This slightly murky water might be a good time to use float rig on at least one rod.

The truest trick in murkiness is to keep bait fresh as oily daisies, be it bunker or clams.

If you can afford it, a bunker donut shouldn’t soak for no longer than 30 minutes, tops. I know bait-loaded folks who don’t go more than 10 or 15 minutes without an oil change, so to speak. Which brings up the whole bait-freshness subject.

Bleedin’ fresh bunker shines. It can draw in fish from many yards away. Semi-fresh bunker sucks. Yep, just like that, great goes sour, based on the bunker oil also going sour, i.e. turning rancid. It does help, sometimes greatly, to thoroughly rise slightly-aged bunker in ocean water. Then, after chunking, rinse the chunks a bit. I know this sounds strange but rouging the just-sliced chunks up with sand also freshens it up a bit.

Below: The eyes of these bunker show pure freshness, as does the redness-free firm flesh. While semi-old bunker is not the best bait. it then gets weird – and I have loads of anglers who will attest to this. When bunker gets a plum-awful grade of old and stinky, it becomes fresh-anew, kinda. The rancidity disappears and a stink issues forth; an aroma that once again is to the liking of even trophy fish arises. Ask any hardcore surfcaster about the time he resorted to some double-foul bunker and the fish suddenly stood up and saluted.

Below: OK, so maybe this bait is too far gone.

I know this is over humanizing it, but it might be similar to the way our fresh table-bound fish, after a few days, not only smells the bad part but also harbors bacteria and such. But, let that unfresh fish dry further and it soon becomes a highly desirable product. I'm a huge fan of dried whiting. Again, that’s humanizing things but the way fish are turned off by rancid bunker – sniffing it and leaving the scene – says it must hold something bad enough that even a hungry fish says “Screw that.” As to fishing foul bunker, while it can work wonders, I can assure you from firsthand experienced that friends, family and even one's beach buggy is not overly pleased with the linger fragrance. 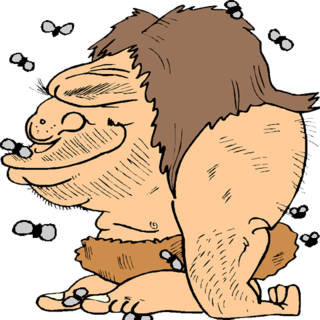 Also, here's the latest look at the Classic:

BIRD-OF-PREY WINDS: In a thoroughly different vein, this west wind should be blowing in some showy raptors, from hawks to falcons to osprey to eagles. No, snowies yet.

Yep, an offshore wind can do that, a bit like it does with butterflies and – dare I even suggest it? – greenheads and black flies. Hopefully we’re far enough into fall that the later won’t be a factor. 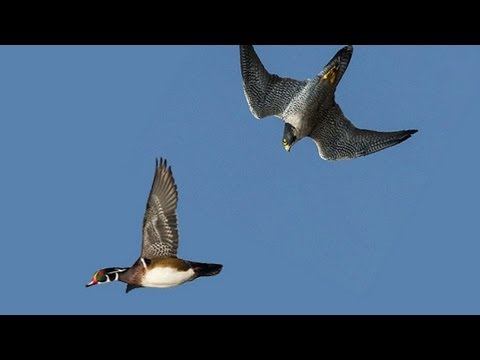 While I enjoy seeing majestic birds of prey, I get way put-off by the way they slaughter the smaller shore birds I’ve been hanging with over the past couple months. This fall I’ve seen the chase-of-death being flown between small shorebirds and bird-eating falcons. Not that it’s much of a contest. No doubt as to who’ll win. It’s just a bit gloomy to see the feisty targets putting up such a valiant fight/flight before succumbing in the ugliest possible way: being grabbed and held in talons, then being slowly plucked, followed by being eaten alive. 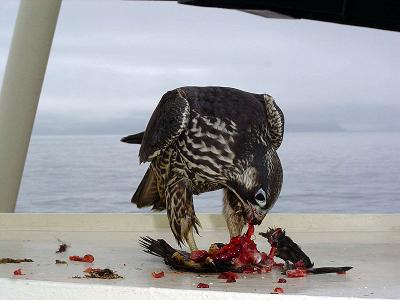 Do any birds of food get away from birds of prey? Seldom. Birds of prey realize, without the aid of a calorie counting device, that once heavily committed to a chase they’ve expended a dangerously high amount of energy. They have no survival option except to succeed in the catch – and compensatory calorie intake.

Interestingly, I’ve watched the conclusion of raptor take-downs and they’ll fly to a perch where you actually see them catching their breath. The birds in their talon? Well, they’re kinda catching their last breaths. 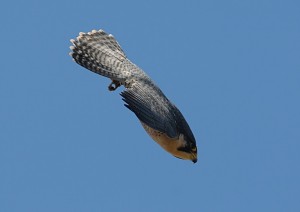