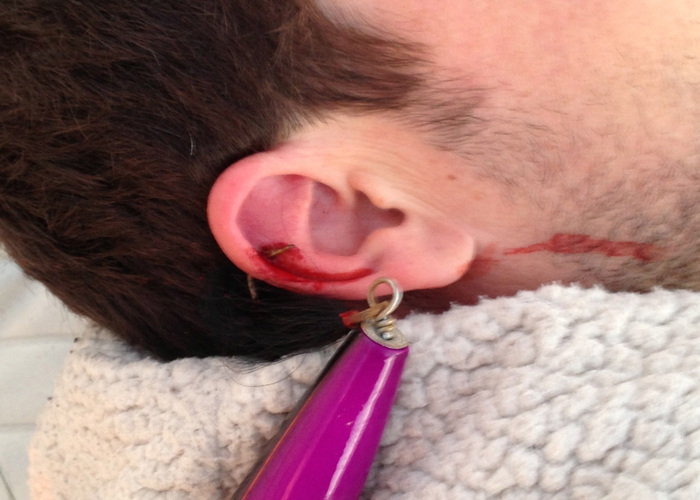 (Above: The old plug earring. I won’t name names but I’m awaiting the video of this slowly evolving hook-up. It began on a small fishing boat heading out through the inlet. As oft happens, the bouncing loosed a rigged plug, tied to a holdered rod. The free-swinging artificial lightly nabbed the upper ear (scapha) of a crew member. “I think I have a plug on my ear,” led to a slowdown of the vessel. It was no biggy, just a light gentle sorta  seizing of the ear by the treble. No through-and-through.

So, the boat stops to allow some preemptive action to be taken on the lightly dangling plug. Then, before the eyes – and lenses – of those reaching over to disengage the treble, it decided to go full Monty. The barb all but nonchalantly eased right on through the scapha, popping out the other side, as adroitly as an ear-piercing contraption at a shopping mall.

Despite trying to maintain some semblance of a serious first aiding demeanor, others onboard first fell to internalized chuckles and finally succumbed to a full-blown crack-up mode.

To the crew’s credit, they managed to wipe the tears away long enough to clip of the hook’s barb, allowing for the famed back out method of hook removal.

Gospel truth (and I have folks to verify this), a fellow I know was ear-hooked (upper part of ear) during an insane bass blitz (mid-Island). He ran back to his truck to try to get the lure out, had no luck, and ran back to fishing, sporting a two-ounce Hopkins earring. I was the one who finally ran over with high-grade fishing pliers and clipped the hook. Believe me, it wasn’t through compassion. I just knew I’d never get any serious fishing done laughing so hard.

That cracking up over ear hookings must be a man thing. (Below: A larger version of a scapha hookup.) 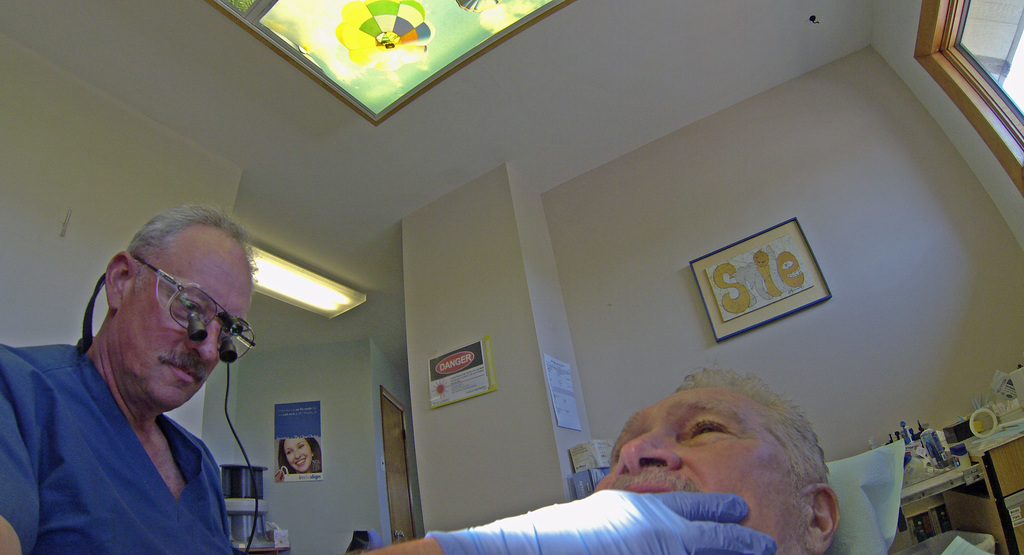 How I spent my Friday morning:  http://youtu.be/HE55wpVVm0E

Friday, May 31, 2013: Man, are we lining up for a damn-decent fishing weekend. For boat anglers, the winds will be briskish but very doable, especially early in the day. The BHM&TC Striper Cup is on and will be in fine form – if enough folks are around to enjoy it. (Below) What the new BHM&TC clubhouse should look like. 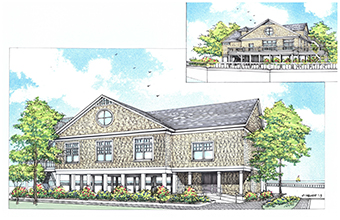 The fluking should return to better form. Again, it’s early or you’re blown out.

Surf fishing should be highly doable. The fish have been there but have gotten a little rogue-like, i.e. single hookups of larger bass.

John moves into 3rd in our store tournament with his 25.1lb striper caught in SC on bunker

Started out with slow striper fishing but ended the day with hot sea bassing. Here's Drew with a couple nice ones. 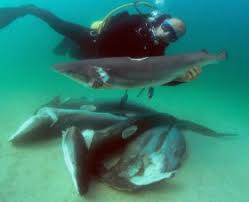 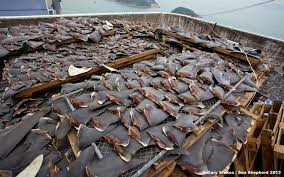 TOKYO, Japan will reject the recent decision by Washington Convention member countries to regulate international trade in sharks whose populations have sharply declined due to overhunting for their fins, government sources said Friday.

Tokyo will file a reservation about the regulation arguing that sharks should be managed under existing fishery management organs, the sources said. But the move may come under international fire as another sign of the negative attitude of a country known for its heavy seafood consumption toward global efforts to preserve endangered marine resources, experts said. 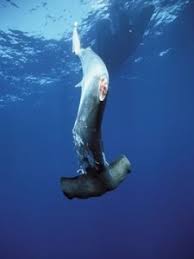 Signatories to the 1973 pact, officially called the Convention on International Trade in Endangered Species of Wild Fauna and Flora, or CITES, decided in March at a conference in Bangkok to require exporting countries to issue certificates of permission for international trade in sharks. The decision drew support from more than two-thirds of the voters.

Japan's reservation, to be filed with the CITES secretariat, will cover three species of hammerhead shark plus oceanic whitetip sharks and porbeagle sharks, the sources said, adding that the country will accept another decision to regulate trade in manta rays.

Fisheries Agency data show that annual hauls of oceanic whitetip sharks in Japan stood at about 40 tons in 2011, some of which appeared to be exported as shark fins.

Japan has already rejected CITES decisions to ban trade in seven species of whales, such as sperm and minke whales, and regulate trade in basking sharks, whale sharks, great white sharks and seahorses. 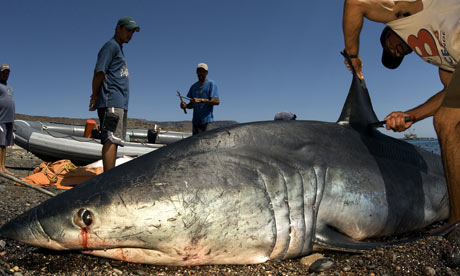 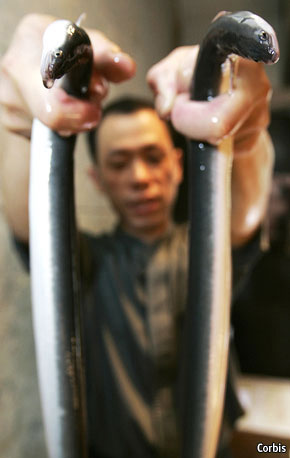 Broiled eel, a dish that is traditionally enjoyed throughout Japan on the Midsummer Day of the Ox, may again be out of reach for many people this year.

According to a Fisheries Agency announcement on May 30, the total amount of elvers (young eel) presently being cultivated in Japan dipped to around 12 tons by the end of April -- an additional 25 percent decrease over last year's already low figures.

As more than 99 percent of all domestically consumed eel are farmed, elver numbers have a direct impact on retail sales. While eel farmers' purchase price of one kilogram of elvers was around 300,000 yen in 2006, this year it rose to a staggering 2.6 million yen. The number of eel in circulation peaked in 2000 at 160,000 tons, dipping to 37,000 tons in 2012.

Due to rising farming costs coupled with the total shortage of eel, the wholesale price of live eel stood at 4,560 yen per kilogram during last year's shipping peak in July -- a 25 percent increase over the previous year's figures. The price hikes are being felt by consumers, who are now facing steeper eel prices both in specialty restaurants and at the supermarket. In some cases, grocery store prices for broiled eel have risen nearly threefold.

The consequence of such increases has been a reduction in consumption of the fish, with wholesale prices accordingly dropping from the high rate of nearly 5,000 yen per kilogram last May to 4,209 yen per kilogram this April -- although representing a 1.5-fold increase over figures from two years prior.

In an effort to rebuild the existing stock of eel and hold down prices, the Fisheries Agency began conducting ecological studies and releasing farmed eel last year. Major fishing areas including Aichi, Miyazaki and Kagoshima prefectures have accordingly implemented such measures as shortening the elver fishing season, and restricting the fishing of adult eel as they head downriver to spawn. 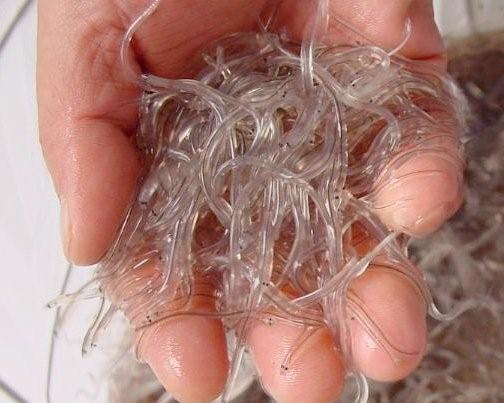 In addition to continuing high purchase prices being paid by eel farmers, poor fish catches have also been continuing throughout the whole of eastern Asia. As a result, the price of imported eel -- which represent some 50 to 60 percent of the total number in circulation -- has taken an inevitable upswing as well. In China and Taiwan, which supply more than half of Japan's total overseas imports, the total amount of elvers has stagnated -- resulting in expectations for the total circulation in Japan to decrease this year compared with last year's total.

"We see nothing to suggest that this year's retail prices will be decreasing," commented Fisheries Agency executives on May 30.

The Fisheries Agency has been holding discussions with China and Taiwan since last September aimed at undertaking joint resource management of the eels. Talks have not progressed beyond sharing fishing and breeding-related data, however, leading to increasingly urgent calls for international resource management.

A new study has found that shark ecotourism is becoming a major economic driver for countries across the globe and the Pew Charitiable Trusts has issued a call for more designated shark sanctuaries in the world's oceans.

According to a new global analysis led by researchers at the University of British Columbia and other scientists, shark watching generates $314 million annually. Citing the study’s projections that shark-related tourism could more than double within 20 years, generating over $780 million annually and Pew wants more protections in place for the creatures. “It’s clear that sharks contribute to a healthy marine environment, which is paramount to the long-term social, cultural, and financial well-being of millions of people around the world,” says Jill Hepp, director of global shark conservation at Pew. “Many countries have a significant financial incentive to conserve sharks and the places where they live.” 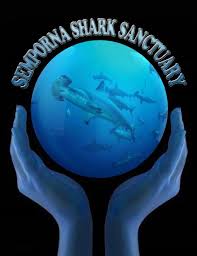 The increase in shark ecotourism and its economic value can lead to interest in establishing sanctuaries for sharks, which play a critical role in the health of marine systems. In recent years, nine countries—Palau, the Maldives, Honduras, Tokelau, The Bahamas, the Marshall Islands, the Cook Islands, French Polynesia, and New Caledonia—have created sanctuaries by prohibiting commercial shark fishing to protect the animals in their waters.

In contrast to the growing ecotourism industry, the value of global shark catches has been declining, largely as a result of overfishing. Approximately 100 million sharks are killed every year primarily for their fins, which are used to make shark fin soup, a popular dish in Asia. 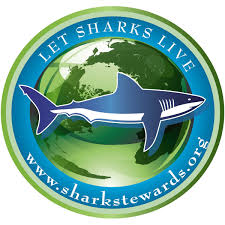