Spontaneous Life Lesson Number Two: Never put a spoon in your mouth and then release it. It becomes irretrievable.

To go with:  Spontaneous Life Lesson Number One: Never, for any reason, try to stand up in life.

Friday, May 22, 2015: As you might have guessed, it has been a mighty hectic week for The SandPaper. Make sure to check out the huge issue now on the street and also on the cloud at http://thesandpaper.villagesoup.com/.

This weekend is going to be double-excellent for fishing. By that, I mean conditions will be through the ceiling ideal – cool, but wonderfully fine.

As for the fishing itself, may the fluke be with you … and the blues only where you want them to be. 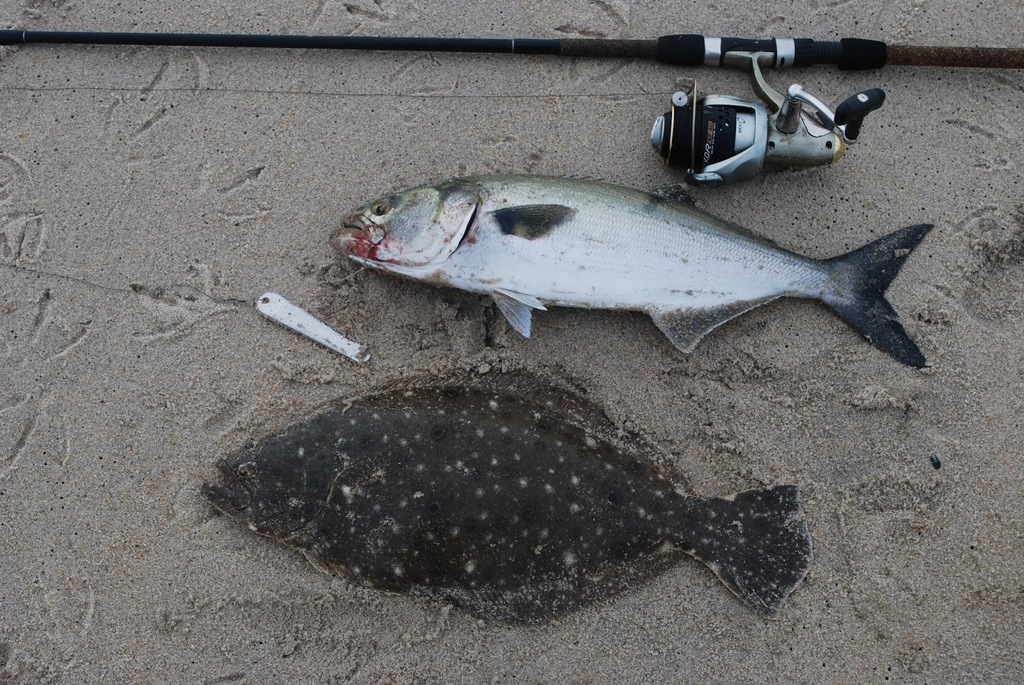 There are still medium blues around … larger than cocktails. There is also a slight uptick in eater blues, fish pushing a couple/few pounds. Those littler blues tell me the slammers might have moved on, or are making less frequent kill-all forays through nearshore waters. Above: www.glbfineart.com   for prints of this beauty.

Might the insane surge of spring slammers have moved out to sea, further proving they were the ocean-run schools? Could be. I want to re-post – verbatim -- this very interesting comment left in here from Victor D'Amato: “Jay - interesting data point to inform your musings: here in NC, we have had lots of small-medium (3-4 pound) blues, but no big blues this spring, which is atypical (usually we have lots of both small blues and big skinny baseball bats through May at least). I speculate that the migrating blues perhaps hung closer to their summer homes over the winter and stayed well fed. Not sure why that might be the case as the winter was pretty normal in terms of historical temperatures and so forth.”

Anyway, might we have gotten the OBX blues? Now, that my friends, makes both scientific and logical sense.

Notable notations like Vic’s really perk my interest. Just like that, I stopped looking all the way over off the coast of Africa and slid just a bit down I-95, to the Outer Banks, so close as-the-crow flies that I often pick up North Carolina line-of-sight AM radio stations on my old radios.

OLD RADIO ROCKS: Yes, I still listen to AM. Not only does it carry amazing distances – I get Texas all the time -- but it has the most homey and nostalgic feel you’ll ever hear on the airwaves … along with a lot of NASCAR gab on sports stations. There is nothing more “throwback” than tuning in on a Deep South oldies station to hear those immortal growing-up songs, accompanied by the crackle of lighting somewhere between here and way down there. A favorite: Sitting atop the Apple Pie Hill Ranger Tower (Chatsworth) on a warm summer’s night with a vintage transistor radio just barely tuned into a baseball game on KDKA Pittsburgh. It’s classic when the game finally breaks open just as the signal fades and a fanatic preacher takes over lambasting the wages of sin … before the Pirates announcers inches back in with “He’s safe … no out! What’s the call?!” 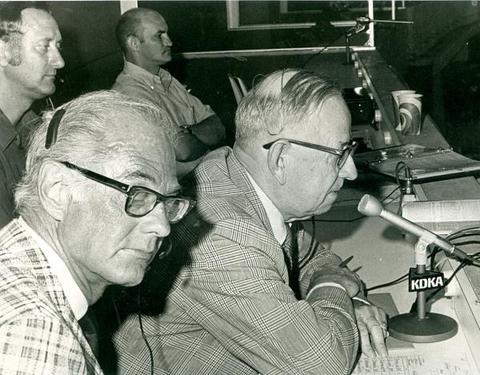 HERE’S A FLUKE QUESTION FOR YA: …: I have been asked one compelling and admittedly confusing question regarding fluke bag limits, namely, can you cull out fluke being kept in a livewell; replacing smaller fish with just-caught larger ones.

“No,” per law enforcement. 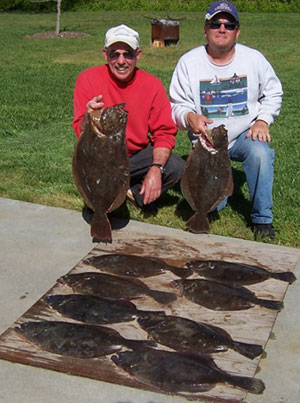 Once you’ve committed to keeping a legal fish, that counts toward your bag. There’s no going back, even if a released fish seemingly takes off for all it’s worth. It all has to do with stress, a surefire killer for summer flounder. Just because it swims off to beat the band, it’s giving off all those vibrations that alert predators to its immediate vulnerability. Per many catch-and-release studies, fluke can keel over just from stress of being caught and released.

As to bag limits, here’s the law: Once an angler has reached his/her bag limit, that person can no longer even “target” the species. The instant you detain even a single fluke beyond your bag limit – as in, culling it out -- you’re in summons land. 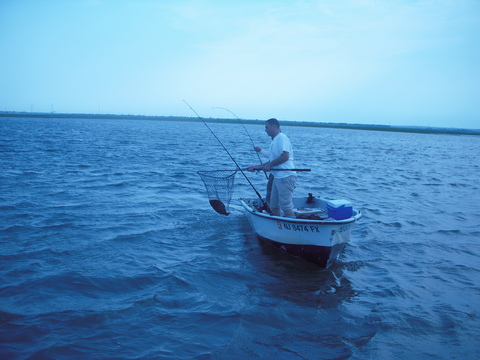 In case you feel you can surely pull off a fluke switcheroo, the officer I recently talked happened to note, “We carefully observe before we do anything.” And they have some nasty binoculars.

There have been fluking citations given to anglers simply sporting tackle and bait with a fluking feel to them. When you’ve got your bag limit of fluke and the end of you line is still hosting a curved hook bearing a spearing and a long squid strip, you might as well just shut-up and sign the summons.  Most often such tackle violations are for out-of-season angling efforts.

After I talked about properly -- and securely -- hooking human baits for live-lining to catch trophy great whites, some nearby anglers decided to get all wise-assed when hooking their human bait ..  check it out ... 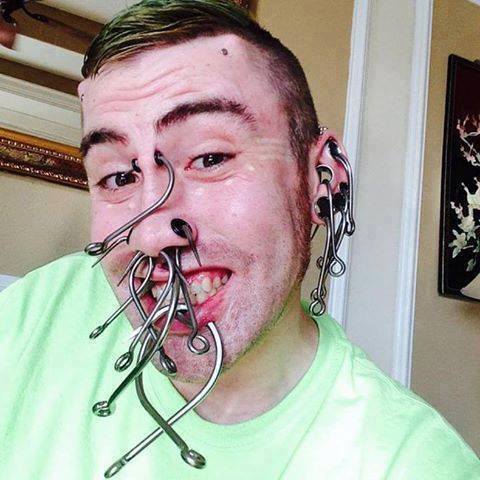 Wow, still can't believe I got to fish with
George Poveromo This week! Somebody pinch me, great guy, great fishermen, and great fun ! Can't wait till 2016 to see the show!!!

Thank you New Jersey for being very good to us once again! Released this beauty of a striped bass today with Steve Purul and wrapped up an awesome TV shoot off Barnegat. It's for our 2016 season on NBC Sports.

Not to bad for a couple of Old Guys, .Nice weather this week.