Friday, May 15, 2015: The weather is a bit iffy but well within the acceptable

IMPORTANT ANGLING NOTE: When live-lining humans in search of trophy great white sharks, it's imperative to use a powerful leader. This photo shows a costly broken-off bait, seen here fleeing across the beach. The bait was lost during a distance cast. 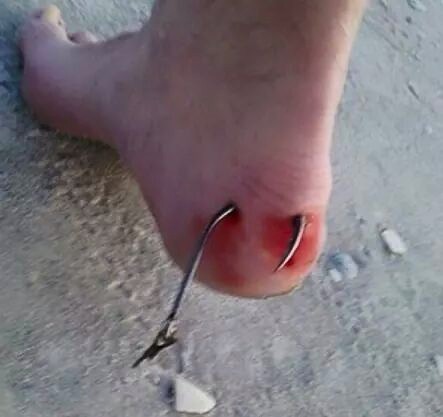 Weird thing: Long Beach Township’s commission, led by despotic leader Joe Mancini, has sought to ban drones from skies over the municipality. You might immediately retort that use of the skyway is a state and federal matter – more so, federal. Federal Aviation Administration, via Section 336 of Public Law 112-95 (the FAA Modernization and Reform Act of 2012) allows drone usages. But Mayor Joe says “You can’t in our township.”

It would be a breeze to shoot down this beyond-localized ordinance in court but Mancini’s thinking is surely “Make ‘em get a lawyer and spend a buncha money to reestablish their federal rights … besides, the taxpayers cover my legal expenses.”

We often use drones at The SandPaper. We use them responsibly and politely no. Nothing even remotely invasive ... only informative. I look on such a ban as a heinous restriction of freedom of the press. Friday, May 15, 2015: The weather is a bit iffy but well within the acceptable fishing and outdoors activities range. It looks like Sunday will be the trickiest for thunderboomers – before more unusually cool air moves in next week. We’re not talkin’ protect-tender-plant-life cold moving in, just below normal, though still comfortable. Remember, from here on in we can leave the comfort range and hit the horrible hots in a heartbeat.

We’ll be dealing with south winds to varying degrees. It could be typical calm a.m. windier p.m. conditions. The bluefishing is spottier -- and the overall sizes of the bluefish are down -- but if you’re on the spot angling life is good. Boat activity will likely indicate the bite this weekend.

I’ve had three emails asking about targeting black drum, mainly asking the exact coordinates or buoys. I truly don’t know, down to the square inch. Tackle shops often have the location where weighed-in fish were taken but there haven’t been enough caught to really develop a pattern. If I had to go out on a reconnoiter mission, I’d start at the deep water east of the Sheepsheads – across from Holgate point. Grassy Channel seems another good check-point. Even the area around 113 might be worth a stop-by.

Again, those are pure deductions, based on the limited drum action I’ve known in the past. A couple pf the largest black drum I’ve ever seen taken – and most released – came from near the Big Bridge at the Causeway. However, I don’t know the fishing set-up with all the work being done here. I should note that almost all the big drum – and tog and sheepsheads – caught next to the Causeway bridge were taken on the south side, currently kinda crazy with equipment. The waters around south New Jersey offer up yet another state record sheepshead.

When South Jersey angler Bobby Catino felt his line get slammed, the last thing he expected to see on the end was the new state record sheepshead. “I thought it looked like a zebra,” Catino said in an interview with NBC 40 out of South Jersey. “It was a surreal experience to see something this big in such a small area of our back bays”

The 19-pound, 26-inch long sheepshead broke the New jersey state record, and was only two pounds shy of breaking the world record.

The previous record, set by angler Paul Lowe in 2003, was a 17-pound, 3-ounce fish caught in Manahawkin Bay, just 59 miles north of the area where Catino’s fish was caught.

Still can’t say much about stripers. If you’re into them, please let me know. No exact sites will be given. I’d just like to know if they’re balling up anywhere. I get maybe two or three success stories per day – mainly a single kept fish. In the past, I’ve plugged the flats northwest of The Dike (High Bar Harbor, east Double Creek channel) in May and (occasionally) found real brisk schoolie and just-keeper bass action. 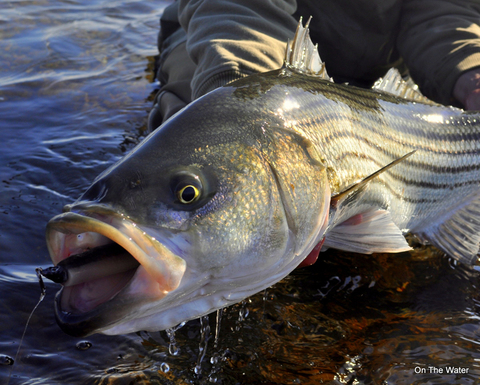 While fishing near the Dike just remember Mary Lee the monster white shark: 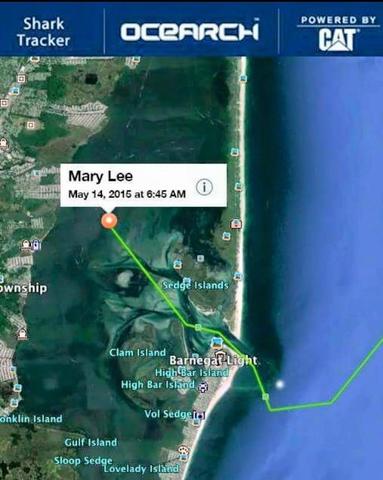 Despite some showers in the forecast, the dryness, now approaching official drought levels, will not back off one bit. I was out treasure digging yesterday and even my nasty-ass digging tool was almost no match for the crust of dried soil now thickening atop exposed areas. Below: Fierce digging hoe from http://www.easydigging.com. Check them out to find some serious gardening and digging tools. 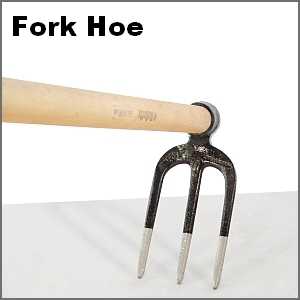 Making dry matters worse, I’m betting we’ll again see decent storms to the west just petering out before reaching us. The dry air rising over the 1.1 million-acre Pinelands can actually impact the local storm production, reducing cells to nothingness. Sure, you might personally get lucky and get drenched but when storm cells are seen on radar, you can actually watch the overall cells become smaller and smaller, before drying up and vanishing. Wild fire and mulch fire dangers remain sky high. The one upside in the woods is the newly emerging greenery, which is coming on strong due to deeper down moisture. Freshly budding plants offer a modicum of fire danger relief, but the dead underbrush from winter is still a veritable tinderbox; once ignited, that underbrush will consume new growth like nothin’.

New Species of Fish with Anus on Head Discovered in Indiana


Talk about a butthead...

Researchers announced this week that they have discovered a brand new species of cave-dwelling fish in Mammoth Cave system's southern Indiana regions. The very appropriately named "Hoosier Cavefish" is the first new species of cavefish to be found in the United States in over 40 years.

What truly makes this fish remarakable however is what it sports on its forehead. The Hoosier cavefish displays an anus in a location where most other animals exhibit literally anything else.


We're not sure what the Hoosier cavefish's ancestors did to deserve this fate, but it couldn't have been something good. We will never stop marvelling at Mother Nature's ability to craft things that are unapologetically strang

Dave Marciano with Wilson FV and 2 others

There are alot of" you can't' s " on Long Beach Island. The outfit I work for ships dozens of Phantoms .weekly.  I personally did about 20 this week. They pose no danger when the user manual is followed . Mancini must be stuck on stupid.

Reminder to self ,never fish barefooted while using 10/0 hooks. That great white would scare the bejesus out of anyone fishing in barnegat bay.Could you imagine being on a charter and have that monster come up near your boat ?Lol*.Time to change the shorts*