I mainly watch Japanese baseball for the bench-clearing brawls ... I then just sit there staring.

Late breaking news: 2:30 pm. Just off the phone with Keith Watson and the boys at ACE. The use of dredged sand from LEI is off. It seems the NJDEP -- namely Fish and Wildlife -- demands a consult. That will take many months. This does NOT mean the beaches will go un-replenished. The sand will come from the current location -- at the Lumps. There will be more on this in The SandPaper (via Juliet Kazas-Hoch) and later at my daily blog.

The failure of the LEI/Holgate sand connect won’t sit well with mariners, fishermen or – ready for this? – the state’s Bureau of Marine Fisheries, which is within the Division of Fish and Wildlife. Fish and Wildlife is the most prominent name in demanding more time be put into studying the LEI/Holgate sand swap. As noted, that demand for more time ends any chances of using the inlet’s sands in Holgate.

I’d like to ask that folks hold off on finger pointing and name-calling regarding who might have caused the LEI/Holgate sand hook-up to be delayed. Yes, only “delayed.” I was told the use of inlet sand is still possible … but only for future re-replenishments. Hey, Surf City is already going for its third re-do. 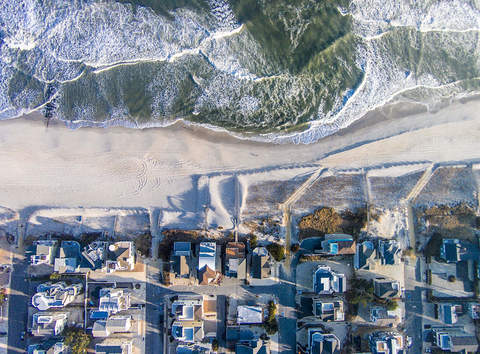 As to why the Bureau of Marine Fisheries is upset that the sand swap failed has to do with the fact the Army Corps is running out of sand at the current borrow area. That borrow area includes “The Lumps,” which are considered a significant marine fisheries environment. The Bureau of Marine Fisheries believes it would highly preferable if that borrow zone not be tapped to the point of totally eliminating the Lumps. Anglers will surely agree.

As to where a Little Egg Inlet dredging effort now stands – on its own -- it’s back to square one for me – to see where it was left when all the attention went over to the LEI/Holgate possibility. I was told that the only way the inlet dredging could take place soon – with a heavy emphasis on soon – was if the LEI/Holgate sand hookup happened. Now, it’s a return to un-soon.

It should be remembered that the deepening of Little Egg Inlet was seen as something of an advantageous byproduct of the LBI replenishment project.

Friday, May 13, 2016: Not half bad out there – at least the first half of the day. The rains have held off plenty long enough for early-day anglers to get in longer sessions than they might have expected. 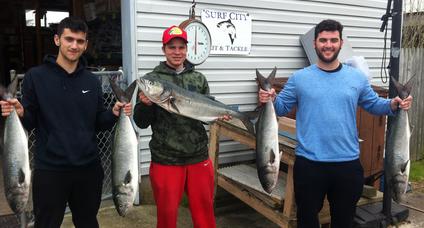 I’m getting quite a few reports off damn-decent bluefishing -- beaches, bay and ocean. Of note, Mark T. landed a couple real nice blues from atop a standup paddleboard (SUP). 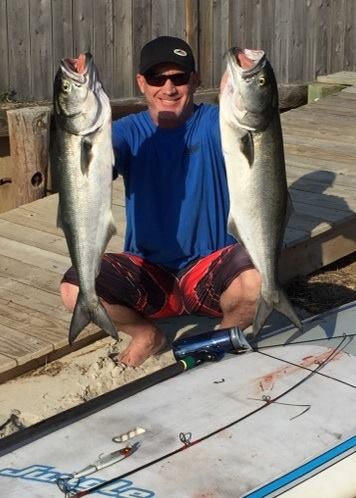 Above: Big Bluefish in the Bay Today. Caught them from the SUP ~ 400 yards off North Beach. Got the big one on my first cast -- it took me for a Nantucket sleigh ride. Second one was jumping out of the water after hook up -- it jumped right on my board after a seriously slammin' fight. — in Surf City, New Jersey.

I see tons of potential for SUP fishing, once attachment are perfected to assure rods are well secured for a rough paddle out if going oceanward.

The SUP paddle-out is a tad quicker than a kayak, though a yak still rocks when it comes down to bringing along a load of goodies. All in all, both are fine alternatives when a power boat isn’t called for -- or in the cards. Obviously, fuel cost for SUPs and kayaks can’t be beat. 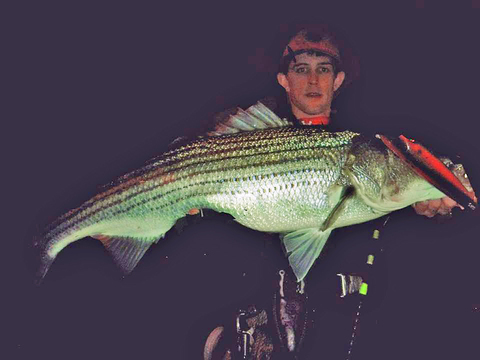 I’m getting told about some nice bass coming out of the surf. I’m betting we have at least a few more weeks of brisk bass fishing in the suds.

Generally speaking, the bass are moving north but there are always the so-called resident bass that pick NJ to summer-over. Those hangers out can get pretty thick around Barnegat Inlet. 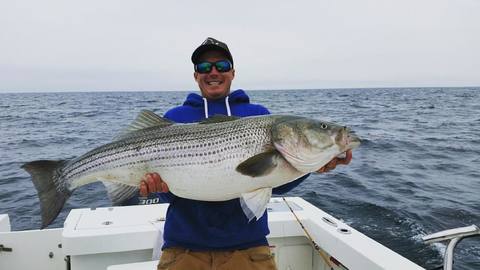 From what I’ve seen when diving near the front beaches of LBI, summer-residing bass tend to move off the beach to hunker down during the day and then slide back in closer to the beaches and sandbars from dusk to dawn. This daily in-and-out movement is not etched in granite, especially when it comes to smaller stripers, which can be found all day long, feeding on crabs between the beach and the bars.

While it’s not everyone’s cup of sea tea, you’d be amazed at what can be learned about fish by putting on a mask and fins, then swimming about just off the beach.

Despite having done years of underwater work, I actually first realized the near-beach underwater look when I tried a stint of exercise swimming from jetty to jetty, wearing only swimming goggles. First time out I saw dozens and dozens of kingfish merrily tailing up off the bottom, creating tiny sand clouds as they fed off something or other – I’m pretty sure it was tiny sand crabs, since they were real close to the beach. That same swim, I saw a couple huge fluke matting around. They’d lift off the bottom, swim a short distance, and bury themselves. After that, I got excited about sightseeing the bottom and, typically, there was a solid month of churned up conditions. Finally, a clear-water stretch moved in and I began seeing decent-sized stripers out in the troughs, blowing sand holes to grab crabs. I eventually switched from googles to a better diving mask -- and Churchill swim fins.

I would often see a dozen or more small stripers nonchalantly feeding while dozens of noisy bathers were not that far off. The fish not only had no fear of the frolicking masses, they couldn’t care less about me looking down upon them.

Interestingly, the bass I saw diving were not overly dedicated to the jetty areas, nor were the fluke and kingfish. However, there were very lively zones in the two pockets north and south of the jetty end. Those zones were a goodly distance from the rocks. The deeper water there indicated eddies from the jetty deflecting currents. That current swirling action was likely turning up the clams and worms. I now always plug large northeast and southeast of jetty ends.

Sharks? I began seeing more and more as the first conservation regulations kicked in. Oddly, the ones I saw -- browns and sand bars -- were very skitterish, way more so than stripers. Above: John Norton caught his 168.5 pound record-breaking Sandbar Shark on June 27, 1987 at Little Egg Inlet. He was using a Penn 6/0 reel on a 6-foot Shakespeare rod with 50 lb. test Pink Andes line. Bait was a chunk of bluefish.

Not sure why but I drifted away from those mainly morning and late-day swim-abouts. I think I’ll resume this summer -- with a GoPro in tow. Maybe I can be like Rhode Islander Mike Laplew and show what’s really going on down below. . Make sure to befriend Mike on Facebook; astounding underwater fishing-related photography. 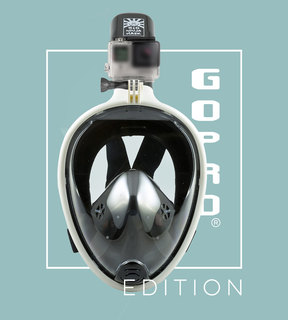 I want to remind ya’ll about the “Full Face Snorkeling Mask with Go Pro Mount.” I had talked about these new-age masks previously but it’s getting close to the time to buy one for the summer. I also waited until some YouTube videos arrived showing them in action. They are an incredible advancement in snorkeling. These “ninja” masks cover the entire face. Despite seeming a bit bulky, they are actually very hydrodynamic, per tests. Many companies make them. I’ll hype this one, since it has the GoPo mount: http://www.youtube.com/watch?v=obXPaOJ_EVk .

Speaking of diving, there are some superfine, jumbo sheepsheads showing up. While I’m not sure of the ebb and flow if these tasty structure fish, I know the ones we see put the ones in Florida to shame, size-wise. That tells me we’re surely not getting migrators from that far down south, where they keep them down to panfish size. 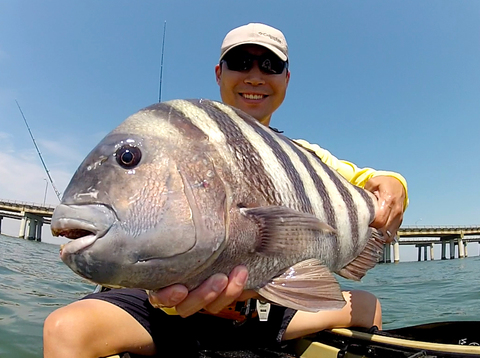 No, there is no known way to target sheepsheads locally. They run in the same circles as tog, bergalls and such. I might even suggest that local sheepsheads are craftier about taking a baited hook. I say that because there can be a load of them on a wreck, seen by divers, but they’re not fooled into taking dangling green or hermit crabs. 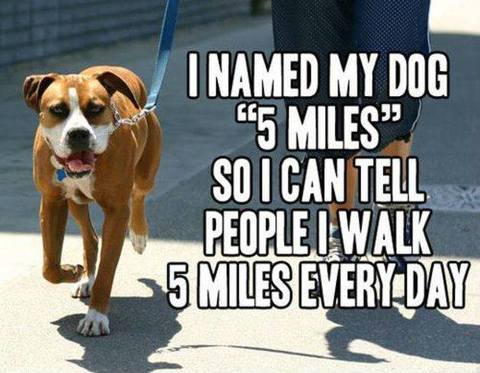 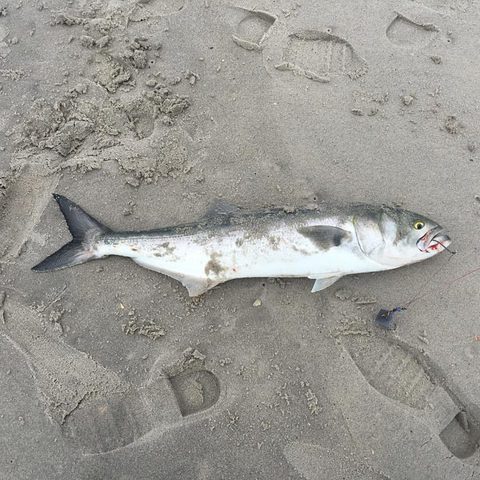 So, I was checking my voicemail this morning and there was one from a caller who said that she had her trees sprayed for caterpillars – trees occupied by three bird feeders - and now, she is upset that there are no birds at all for her to watch. She wonders if the spray could possibly have something to do with it. (Yes, spraying pesticides on your trees will have an effect on the songbirds.) It is
not uncommon for us to get inquiries such as these, and it is with great frustration and sadness that we often are faced with educating people after the damage has been done. So, please let me take a moment to reach out to our Facebook friends and family and be proactive about this topic. All pesticides are designed to kill. Some are very targeted, such as B. T. (Bacillus thuringiensis) which primarily affects Lepidopterans (moths and butterflies), but most pesticides are broad and indiscriminate. When you make the choice to treat your house or landscape with rodenticides or grub treatment or mosquito foggers or any other pesticide treatment, you have an intent of ridding yourself of a specific creature that you find distasteful. However, nothing in nature exists in a vacuum. Everything is connected. When you affect one population, it has a ripple effect across the populations that depend upon and coexist with it. When you spray insecticide, for instance, it does not just kill the ‘bugs’ you don’t like, but kills all insects, including honeybees, butterflies and ladybugs. Likewise, when you spray, the insects do not simply disappear off the face of the earth. Many live a short time before they perish. In this time, they may be consumed by natural predators, like songbirds, small mammals and other insects. Pesticides may have a direct toxicity to these animals or may build up in their fat or blood and cause illness or death over time. Even so-called “green” chemicals are still intended to kill, and though they may be derived from natural sources or biodegrade quickly, they are still highly toxic to you and other organisms.

Friends, it is so very important in this day and age, with the steady decline of bird populations and the utter devastation of pollinator populations that we humans take a serious, proactive look at the choices we make and the practices we support – either directly or indirectly. It is vital that we do not go blindly into the world, but make ourselves informed and educated about products and practices and about science, industry and nature. Here at the Audubon Society of Rhode Island, we very much want to help people become educated and able to make informed choices. We are here to answer your questions and point you in the direction of reliable and scientifically accurate information. But we also encourage you to think and question BEFORE you act. Your actions have consequences. Thanks for listening!
(Photo Credit http://www.yorku.ca/bstutch/research.htm)