Joe Czapkowski just took the lead in the LBI Derby with this 48-lb 10-oz bass. He caught it off of the surf mid day on clam.

Below: This is an example of the reaction of those of us in the Classic: Talk about having the mick knocked outta me. Here I’m in Holgate, fighting unbeatable grass gobs and barely able to coax a snapper blue to salute when Mark J. advises me about the above-noted 48-pound striper, taken in BL – on clam much less.

I guess at some point I’ll have to cave in and openly admit that clam gobs are for real when it comes to coaxing in trophy bass. It hurts just to try saying it out loud.

I could be obstinate and say the main reason such a beaut of a bass went for clams was, firstly, because of the stormy conditions, during which bass of all dimensions think clams, or, secondly, there is suddenly so little forage the bass was desperate. Hey, I think I just convinced myself that’s why that clam worked.

Of course, this is to take absolutely nothing from the proud hooker. Regardless of what the fish went for, it still comes down to Joe’s fighting it onto the beach -- dragging it in through nasty-ass, windblown conditions. Great job. Also, Joe, if you could contact me so I can get more details on the fish, drop an e-line to jmann99@hotmail.com.

I can’t be the only one reeling from the bar height set in both the bluefish (16 lbs) and the bass (48 lbs) categories of the 2012 Classic. But that’s just a lead-in to what makes the eight-week Classic so great. There are still tons of dollars and prizes available. Also, there are surely other mega-weigh-in fish to hook. Remember some of the stripers recently taken to our north. Fifty-pounders were common. No offense, Joe, but we gotta at least try to top ya.

Back to reality, I took water temps all along the beachfront and around the Holgate bend. Can you believe the coldest I got was a 63 (Brant Beach) and the warmest was a frickin’ 66. Mid-October and we have summer water temps?! And, yes, I’m still guaranteeing weirdly mild air temps right through the coming week. I’m also sticking with my guns when I predict even the warmer ocean water won’t keep the bass from responding to the shortness of days – and moving into our area.

Bluefish, on the other hand, simply have a hard time tolerating top-to-bottom warm water, like that along the beach. Predictably, some of the bluefish schools out in the ocean a goodly distance are massive – and pushing fish to 20 pounds. There’s no coaxing those in, though. 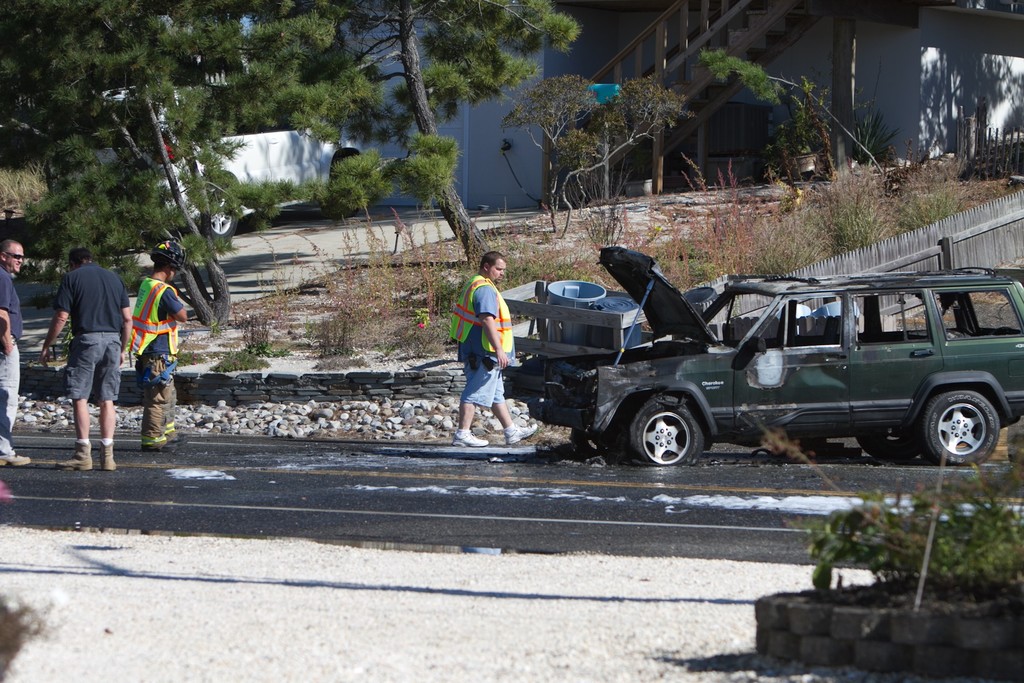 WHAT A LOSS: I chatted with Jeff S. about his burnt-out buggy and found out I was way premature in making it seem like it was just a vehicular loss. Turns out that Jeff’s lifelong collection of prime and prized plugs, many utterly vintage (including a slew of my beloved rough-side 02 Red Fins), went down with the ship – literally baked beyond description. I couldn't even listen as he listed some of the plugs that were resting within the stacks of plastic containers he stored in the Jeep – now just a melted mass.

To show the loss in dollar terms, Jeff began the long and likely impossible task of re-upping his plug collection by buying something like $500 worth from the tackle shop. “It barely showed,” he said of what he got for that expenditure. Now, he has to think in terms of somehow starting all over again looking for old plugs. He’s in the market so anyone with olden artificials (doubles and what-not) let me know and I’ll pass it on to Jeff – or I’ll get his number to you.

Also, there were no summonses or the likes issued because of the fire.

Right after talking with Jeff, Rusty M. called me from down Tuckerton way and went on and on about the amazing collection of ancient American-made fishing lures he bought at a garage sale being held by an 90-year-old angler in LEHT. We’re talking about still-boxed (blue) wood Atom, Stan Gibb’s originals in matching boxes and saltwater Chub Creeks in packaging -- just to name a few of what he bought at a buck per pop, or per popper. I’ll be seeing those soon and get some pictures. 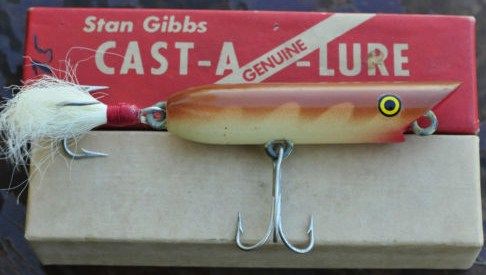