Friday, June 17, 2016: How about this bonus day? The rain got as close as Cape May then receded well south.

AFTER UPDATE: More on the big-news clinging jellyfish. Friday, June 17, 2016: How about this bonus day? The rain got as close as Cape May then receded well south.

There’s a nice cool east wind blowing though now topping 15 mph. There are still calls for much harder winds.

I don’t want to jinx it but it seems to be lining up for a mighty fine weekend. Even the winds are gonna be easy going, mainly in the a.m. I have to think it’ll be ideal for fluke drifts and snag-and-drop bassing, likely off IBSP … though I still think there are some nearshore bass off LBI. 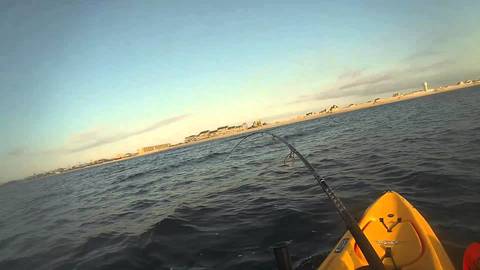 Important: Many beaches are putting on beach patrols for the weekend. If you’re going surfcasting, make sure to account for flag and such. I’m never sure how militant guards might be with surfcasting. Most often they’re just fine when anglers stick near jetties. However, with all the replen going on, the rock-clinging is out and casters are just beachgoers with fishing rods. Ocean water have already begun to move upward. It was 67 at last check. Brisk onshore could kick it even further up.

TERRAPINS CROSSING … AGAIN: I’m being asked from all directions to advise motorists to keep sharp motoring eye out for road-crossing terrapins. 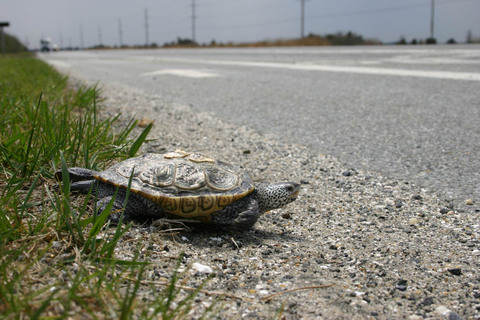 I’ll soon be doing a write-up on how to handle terrapin eggs if found in the yard – and they most often have to be relocated or hatched for the eggs to have any hope for the future.

For now, just keep in mind that a road-crossing terrapin is heading where she’s heading – and with good reason.

Per The Wetlands Institute,

“If you find a terrapin on the road, pick it up gently and carry it across the road in the direction that it is already headed.  Terrapins have very mild dispositions and are not at all aggressive.  They do have remarkably strong hind legs equipped with large, sharp claws.  If picked up, terrapins will flail their legs wildly in panic, and an unaware person is likely to get scratched on the hands.  Be prepared!  If you do get scratched by the claws, don’t worry; the terrapins won’t give you any kind of disease as a result of handling them.  Do not under any circumstances drop a terrapin once you have picked it up — you are likely to injure it (and any eggs she may have inside her).” FIRST STINGS FIRST: Well, the recently-arrived stinging clinging jellyfish is all the rage. The manic sector of media has pounced upon these minor marine creatures after an actual victim was hospitalized from what was most likely a caress from the so-called clinging jellyfish.

And they do caress. Despite being one of the more mobile jellies you’ll ever see in, say, a five-gallon bucket, they survive by clinging to vegetation. They use the same grab-hold capacity on human skin. The sting dealt out to humans if somewhat inadvertent, the result of the dime-sized jelly simply trying to get a survival foothold, using the term foot-hold a bit freely.

With no disrespect to the genus, jellyfish are mighty primitive. Truth be told, they really have no knowledge of what their nematocysts are up to. They just primordially recognize that stuff they like to eat often just dies right in front of them – or, when something nasty comes along, all hungry-like, they suddenly lose their appetite.

No, I’m not defending the often god-awful stings of jellyfish, just noting they often know not what they’re doing.

Admittedly, none of the above natural history incites would be much relief to Matt Carlo, 22, the who was stung up in the Shrewsbury River, just off Barnegat Bay proper. Matt went through the whole bad-reaction syndrome after seemingly getting stabbed by a clinging jellyfish. It was “almost like a knife cut me," he told aol.com.

His sting was quickly followed by joint pain and muscles constrictions. He knew an ER visit was prudent. However, doctors were duly baffled and sent him home, likely with a couple Tylenol, actually not the worst treatment for such a sting.

Shortly after his ER visit, the jelly’s toxin really kicked in. And it was back to the hospital. "It just progressed throughout my body, like even my feet and face." he said, relating it to “charley horses in all my muscles."

Once the mystery culprit was discovered, it mattered not. There’s squat that can be done once the toxin is a-flow through the body, except maybe a slightly stinger form of Tylenol. It keeps on keeping on until it times out, overcome by antibodies. 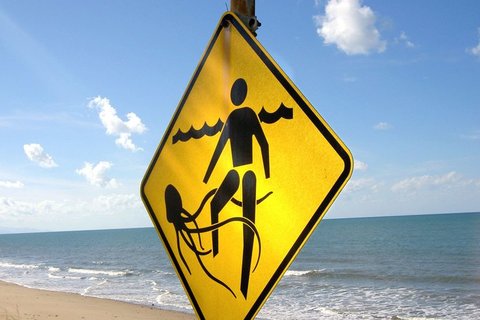 So, the big local question: Is there an immediate danger for us in the deep south … as in south Barnegat Bay? Only if it stays kinda cool, bayside.

This form of jelly hails from the West Coast. It prefers cooler – though not icy – water. While that might knee-jerkingly imply that the bay’s soon-to-be 80-degree-plus summer waters will do in the B-Bay invaders, it’s never that simple with an invasive species. It might only appear this jelly prefers cooler waters. What if it simply hasn’t had due opportunity to luxuriate in balmy waters – and begin partying like it’s in Miami?

More problematically by my thinking is how warmer water could stun the current population of clinging jellies. That would knock down their modest mobility and clinging ability.

When healthy and un-stunned, clinging jellies hang tight to vegetation. They have absolutely no use for sandy expanses, like those filled with frolicking bathing beachers, mainly kids. But when stunned – and as discombobulated as a jellyfish can get – they’ll be at the whims of the wind- and current-drive bay waters. Such a scenario often plays out when cold-water lion’s mane jellyfish get thermal-shocked by warmer waters and wash ashore on warmer-watered LBI … in painful waves.

A SPOOKY WHY: Now onward to some what-on-Earth stuff. How did those little buggers get here from Callie?

Yes, you can always run with the old ship’s-ballasts routine. But I need to explore something far further out there -- something that is actually being proven by researches. It might be called the Northwest Passage Syndrome.

Many folks don’t realize that the Atlantic, Arctic, and Pacific oceans join up under the ice.

Please bear with me as, for time reasons, I go right to Wiki: The Northwest Passage is a sea route connecting the northern Atlantic and Pacific Oceans through the Arctic Ocean, along the northern coast of North America via waterways through the Canadian Arctic Archipelago. The various islands of the archipelago are separated from one another and from the Canadian mainland by a series of Arctic waterways collectively known as the Northwest Passages or Northwestern Passages.

The well-documented melting of the Ice Caps has led minds far greater than mine to suggest a wholesale – and potential eco-catastrophic – marine life exchange sooner-than-later taking place.

Why eco-catastrophic? Imagine aggressive forms of marine life coming into new waters where there are no natural enemies/controls? That current runs both ways – Atlantic-to-Pacific and Pacific-to-Atlantic.

I realize I’ve gone a long way from a lone jellyfish sting in the Shrewsbury to eco-chaos across three oceans, but I’ll bet the bay that we’ll soon be dealing with many a Pacific creature we simply don’t want in our nape of the woods. And, by the way, it’ll surely be the small --- stingy? – creatures that arrive first. 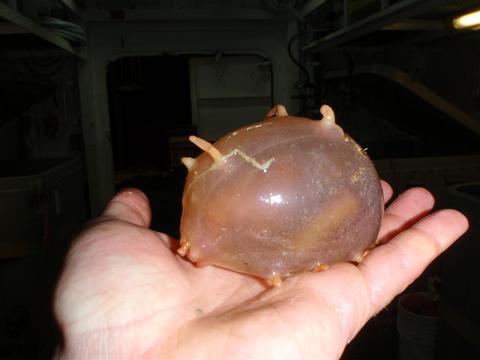 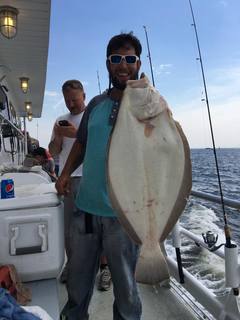