Guess which Jersey shore town has the most marijuana busts


If you’re planning to get high in Seaside Park, think again. The Jersey Shore town came in first on the list of the ACLU’s towns with the most marijuana busts, with 5,028.09 per 100,000 people. To see the rest of the top 50 municipalities with the highest per capita marijuana possession arrests, click here.

According to the report, New Jersey is making more marijuana arrests than ever before. Marijuana arrests are rampant at the shore with 5 of the top 6 municipalities being Ship Bottom, Beach Haven, North Wildwood, and Neptune City.  Hopefully marijuana will soon become legal in New Jersey and this will all be moot.

Read More: Guess which Jersey shore town has the most marijuana busts | http://nj1015.com/guess-which-jersey-shore-town-has-the-most-mariju...

I like resurrecting this pic now and again ... every time asking, "Why is this man laughing?" I can only guess he's easily amused. 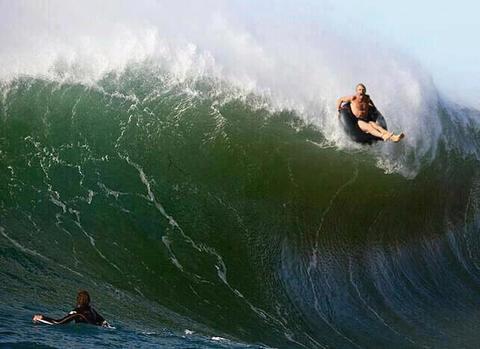 Friday, June 16, 2017: There’s always some bugaboo. Tomorrow would seem fine for boat fishing the a.m., before brisk south winds kick in by early afternoon. But wouldn’t you know it, the fog has already begun hanging fairly heavy along the shore. This could knock down the visibility down to unnavigable. It’ll take hard-gusting anti-fluking winds to blow the fog out.

As of this evening, the fog has shown, heavy in some spots.

Surfcasting will be the way to go, with glassy conditions in the morning, with a fairly rough 2- to 4-foot swell.

Ocean water temp continues to range between 66 and 70 – and can rise and fall rapidly due to eddies between various water temps.

Some honkin’ southerlies could arrive by Sunday, upwelling the waters down to the 50s -- and browning away the fine-looking cleanness that has been showing for the entire week.

In the surf, bass are available, on occasion, though far from a sure-thing. Clams are a good-bet bass offering. Hand-holding a rod allows a better read on a pickup and allows for some exploring of the bottom as opposed to just pinning the bait to the bottom. On the other hand, a circle hook covered in a gob of clam and pinned to the sand allows for carefree plugging, while keeping a casual eye on the bait rod, just make sure you have the drag on the dead stick perfectly set. It’s way better to allow a hookup to take out a load of line as opposed to it taking the entire rod.

There are still fluke in the suds, often being taken as bycatch, on bass hooks. To target them, try bouncing a quality jig, hung with flavored plastic. While I’m a huge non-fan of teasers, bucktailed teasers with some spark, like flashabou, can be a fluke slayer. When beach fluking, once a section of beach is worked for flatties – be it successful or not – it’s time to move to down the beach a bit, to a new section.

Yes, the saltwater recreational fishing registry is still in place but seems totally dead in the water.

ALERT: "The Beach Haven Charter Fishing association will be starting its highly popular Junior Mates Program on Thursday, June 22. Normally, the sessions are held both out in the field and at the Maritime Museum on Dock Road in Beach Haven.

However, due to a scheduling conflict, the first class will be held at The Beach Haven Marlin & Tuna Club which is located at 420 N. Pennsylvania Ave in Beach Haven.Any interested teenagers are urged to attend the session which will begin at 7pm.Questions can be answered by calling Captain John Lewis at 609-670-5980."

This is some amazing training -- and a life-experience to be sure. Get your kids signed up. 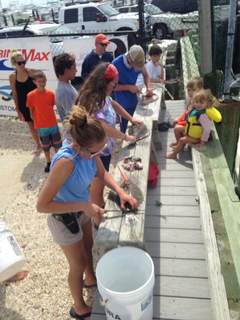 A 5-1/2-pounder in shallow water on Great Bay is a nice way to get the weekend started - Tsunami Slimwave 6-1/2-foot rod w/ Maxel Hybrid & 20-pound braid is awesome for fluke in 7 feet of water (just as effective though for bucktailing deeper water for bigger fish - though I can't seem to catch bigger fish so what do I know?!?!) 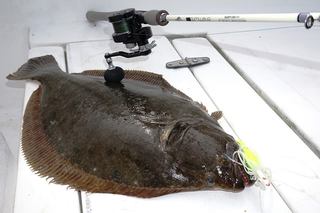 The fishing action for black sea bass on the inshore wrecks and reefs continues to be very good. Captain Ray Lopez of the “Miss Liane” had Rich Hamburg and his two grandchildren out for a day of bottom fishing. The group had nonstop action with over 60 feisty sea bass boated. The group took six nice fish home for dinner. Captain Ray reports he is also pleased at the fluke action thus far.

Captain Dave Kreines of the “Byte Me” has had a couple of bay fluke trips recently. Last Saturday he fished alone on a “scouting mission” that resulted in just a couple of short fish. On Monday he had Mike Delin and his father out on a half day trip and the pair boated two nice fluke of 20 and 21 inches along with a few shorts and a skate. The pair of anglers was celebrating the elder Delin’s birthday, and they are already eager to return for more action.

The offshore bite has started with some nice tuna being boated already including some bigeyes over 200-pounds. In addition, there are reports of some big mako and thresher sharks in the area.