Friday, June 15, 2018: Well, the winds haven’t been playing as nicely as I had hoped for ... Holgate versus BL in showdown at Big Rock

Friday, June 15, 2018: Well, the winds haven’t been playing as nicely as I had hoped for. Yesterday’s honking westerlies have turned north and remained pretty rammy today. Not to worry, things will settle down nicely for the weekend – right before the hottest day of the year will demand that even air conditioner holdouts, like myself, stain to get window units in place.

Proud husband! She pulls this up all casual. 25”

Bluefishing is already on the wane -- not that it shined steadily at any point. Barnegat Inlet will still hold more blues than flukers or bassers want.

SHOWDOWN AT BIG ROCK: It’s a race for the rocks, at least by my cavalier interpretation. Might it be Barnegat Light versus Holgate; the north versus the south? Interesting, right? 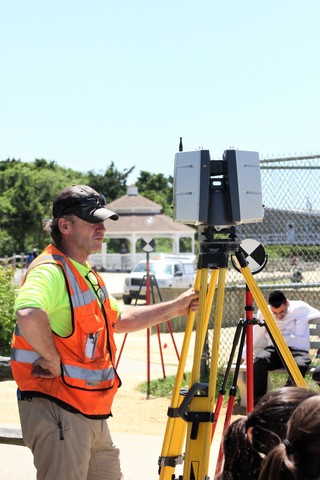 Yesterday, I talked at length with a very knowledgeable gentleman doing survey work (of a sort) beneath the Barnegat Lighthouse. Talk about some high-tech equipment at hand. He was recoding structural data about Old Barney using a high-end 3D laser scanning survey device, capable of recoding, to fraction of inch, how Barney is now standing. In fact, that’s just what this fellow was doing: creating a baseline measurement that will establish, hyper-exactly, how upright the lighthouse is standing, mathematically-speaking. The gathered baseline will then be revisited, monthly, using the same equipment. It will be able to detect/show, in 3D (computerized and real-life imagery), even the most minuscule changes in Barney’s tilt. Even a microscopic one-month tilt increase could be a sign of potentially maximal problem.

Weirdly, per the surveyor, there is no existing baseline for the famed structure, i.e. no way to document its comportment. That said, it’s anecdotally known that the lighthouse is leaning, though not quite to a drunken-sailor degree just yet. Also, many a longtime local swears it’s leaning more now than back in the day. Others higher up agree, I was informed by the surveyor. My ears really perked up when he said the state will soon be seeking bids for the construction of a new seawall to buttress the base of the most famous landmark in the state. I refuse to include Lady Liberty in the popularity rating because, well, she’s a tourist … not to mention she resides on a contested piece of island, claimed by both New York and New Jersey. 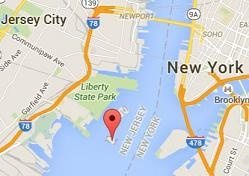 I’ll let-on here that the final design of a new seawall could be kinda out there. There’s even chatter of a lake-like mote at the lighthouse’s base. Such a look isn’t all that odd when you look down upon the small jetty just to the west of the Lighthouse base. Imagine the lighthouse being semi-surrounded (west, north, slightly east) by that same set-up. Such a design apparently acts as a barrier to escarping action and such.

My why-not guess is an everyday seawall will be built as an extension of the current one – in both size and shape. Such would seem more likely, funding-wise. However, how long would such a mere extension last before being sucked into the drink via that deep hole just north of the lighthouse?  Thus, the need for a better rock trap. I kinda like the feel of ye olde mote concept. I’ll be staying up to date on the Barnegat Lighthouse sea wall bidding process

Now, I must – for kicks and chuckles – return to my “the race for the rocks.” Having become an old hand at watching state bureaucracy in (non)action, I can easily envision – remember this is Hypotheticalville -- a funding-based to-do involving Long Beach Township’s bid for big state bucks to fund its out-to-bide terminal groin in Holgate and Barnegat Light/NJDEP’s wanting said money to save Barney.  Sure, both projects should be affordable in a state with the tax intake of NJ – but don’t bank on it. Plus, it might be fun to sea NJ’s premier tourist attraction going one-on-one with, uh, Holgate. Rock on! Come on, you gotta see how that can be a real LBI chuckler. 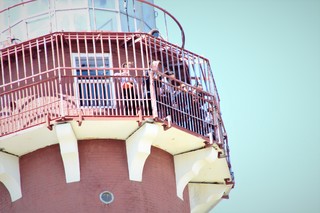 and check out my weekly thing at ... (click here ... but after you read the stuff below)  https://thesandpaper.villagesoup.com/p/cyclones-taking-it-way-too-s...

Time to go to work