Below: This looks incredible ... though I haven't a frickin' clue as to what it means ... Still super. Below: Possibly the best sunscreen for active sunners. It does contain zinc oxide for anyone allergic, i.e. nobody. It can make you look a bit piqued but boy will it save the skin. It is even highly resistant to sweat and better than most at staying on after ocean dips. I'm getting mine at Pangaea, Old Bay Avenue, Manahawkin -- http://www.pangaeanaturals.com/ ... 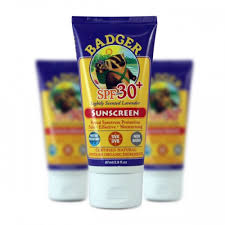 Friday, July 22, 2016: I’m just off the beach after luxuriating in the south winds, which are brisk and refreshing. However, the southerlies have mucked up the water color … but not the temps, yet. Turbid water is showing adjacent to the beachfront, at least from mid-island northward, though the inlet waters remains clean.

I’m now pondering forecasts calling for WSW winds for the arriving heat wave, an olden terms you don’t hear as much nowadays – though it offers a fine image. I still see land-and-sea breezes in coming days. However, and I have noted this recently, any protracted offshore winds prior to the side-ass (lateral) shore winds kicking in, could mean an LBI difference, between 85 degrees with south winds and near-100 with west winds. What a difference even a slight wind waggle can make.

Obviously, we’ll know for sure by midday tomorrow but I’m highly appreciate of the fact that everyone -- from anglers to beachers to sand volleyballers – already need to gear up for what’ll await them after leaving the house early tomorrow.

If I had to emphasize anything, it would be the “early” angle. Get crackin’ at the crack of dawn. That leaves lots of leeway to modify and adapt as the day dictates – even if it dictates bailing from beach or boat and hightailing it back to the air conditioning … by noon. Hey, you already got your fun/fin in. Yes, that hints that LBI’s famed natural ocean AC might not be blowing in on schedule.

Here’s hoping the upwelling creature doesn’t rear up, freezing out the sure relief of ocean dips.

LISTEN TO MOMMY: I likely overdid the hydration thing yesterday, but it still applies: hydrate before the heat hits you. After that, drink even when you don’t feel the urge. I can guarantee our amazing first aid folks will be called out for heat-related emergencies. Over the decades, I’ve come across many heat-stricken folks. I like to have some Gatorade, close at hand. Best when diluted (just pour in some fresh water), it works for dehydration but also in both high and low blood sugar emergencies. From what I’ve seen, diabetic emergencies often go hand-in-hand with the heat, sometimes confusing the initial on-scene diagnosis.

Per the Saint John Ambulance Service, “If you’re not sure whether someone has high or low blood sugar, give them something sugary anyway, as this will quickly relieve low blood sugar and is unlikely to do harm in cases of high blood sugar.”

FYI: Most coconut waters cover even more first aid bases than the likes of Gatorade. It’s not on-hand in most emergencies.

Much of the above advice is for boat emergencies, when first responders are a goodly time off. On the beach, it’s best to go just with water – both internally and via wet compresses -- if someone is a-swoon in the heat. ER folks will get their mighty fast.

FISHING: How can I not pass on a couple reports of phenomenal fluking. Also, I have to note mediocre reports. However, the upbeat reports are what every angle eat up. While dine away. You can see some of the hot charterboat reports I’ve put in here over the past week. Of course, you don’t get to be a successful charterboat captain without knowing the ropes, so they definitely have a higher percentage of hot-hooking session. At the same time, their success proves the flatties are there.

Surfcasting for fluke does not look all that upbeat with the churned up conditions. Fluke are very much sight feeders. Go with flashy jigs and longer white plastic/squid/GULP tails. Teasers won’t be high-hooking with the turbidity.

Offshore has not been kicking it. If you’ve scored in the canyons, you doubly scored, if skunk reports are any indication. Winds do not look overly favorable.

Fellow contacted me to report he is catching some snapper blues on tiny metals. That said, he was using them to seek larger fluke. No reports on his doormat seeking, yet.

(I should be punished for pissing the day away. In fact ... http://www.youtube.com/watch?v=2H5uWRjFsGc 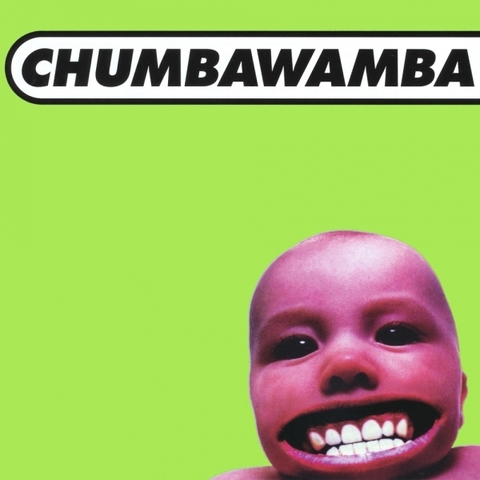 My dad, Mark, Mark C. Miller (of Elkton, MD) is an avid fisherman and cannot wait to get up here every year and go fishing in the inlet.In all his years of fishing on the island, he has never caught a flounder this big! He was so excited about his 25", 6lb fish caught on the south side of Oyster Creek on Monday, July 18. 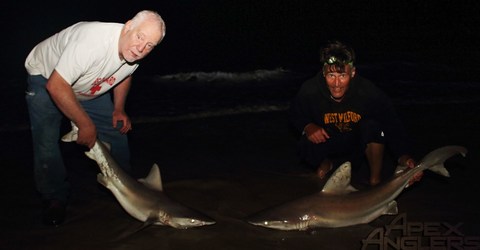 Haven't had much time for an update lately, but here are some photos of what's been going on this week. The water temps have finally reached their usual summertime peak, and as expected, the shark action has improved greatly. The sharks are generally a bit smaller, but they are great fighters. Some nights you can't even keep a bait in the water long enough for a bigger fish to find the bait, but with that being said, you never know what will swim by. We've been seeing some good stingray action as well. Looking forward to seeing what this week brings! 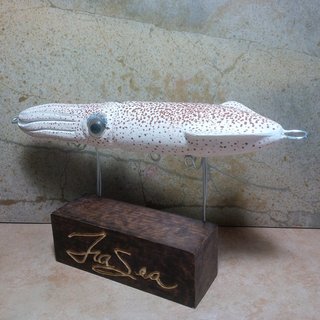 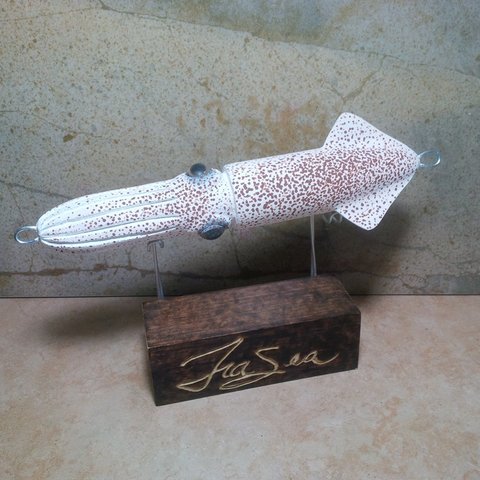 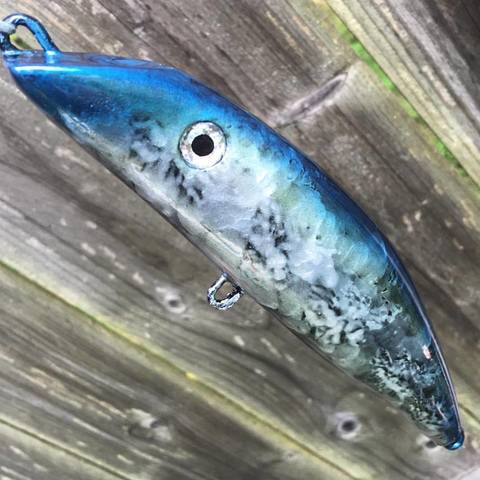 Hope the price is just as pretty....CONGRATULATIONS ... showing the rather rude table manners of a tautog that just chewed up a bunch of mussels 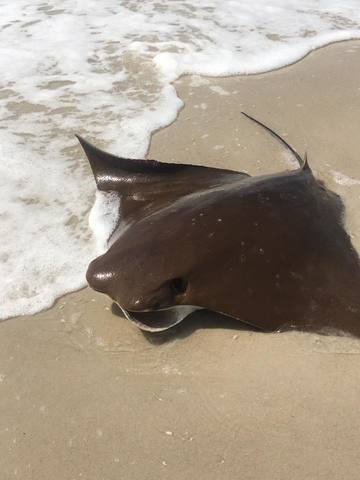 I knew it was just a matter of time this week and today was the day. Real fun on my ARRA 1083

Jon and Melinda Popham got married aboard the Melinda Ann, a former pleasure craft that Jon had converted into a lobster boat. He named it for his bride, and planned to build their future on it.

“He told me he wanted me to stay home and raise our (2-year-old) son, he was worried about making sure we had the best of everything. He loved (fishing) and he was doing well, he told me this year would be epic,” Melinda Popham said Wednesday.

The Popham family’s dream life was shattered Saturday when Jon Popham, 28, of Machiasport died after falling out of the Melinda Ann near Jonesport. Although the Coast Guard hasn’t released many details about the accident, Melinda Popham said Wednesday that her husband was apparently pulled overboard and dragged under the water when his foot got caught in the line of a 15-trap trawl. One of his sternmen, Timmy White, dove in with a knife to try to cut him free.

By the time White and the other sternman, Jesse Frisbee, had pulled Popham out of the water, he was unresponsive. His crew gave him CPR, as did a Coast Guard rescue crew. The Melinda Ann was 2 miles from Jonesport when the accident happened early Saturday afternoon.

Melinda Popham sobbed at times Wednesday while recounting the details of her husband’s death. But her mood brightened somewhat when she talked about how funny he was, how hardworking, and what deep faith in God he had. She said he would want people reading about his death to know how important his faith was.

“He always said he wanted to go out with a bang,” Melinda Popham said. “He’d be proud to know he could share his faith with people.”

Falling overboard is a common fatal accident among lobstermen, said J.J. Bartlett, president of Fishing Partnership Support Services, a Massachusetts-based fishing safety group. He said 61 percent of all lobstermen killed at work die in similar accidents. The fast-moving line, an open deck and people who are used to taking risks every day are all factors that contribute to the accidents, he said.

Melinda Popham said she was told that the boat’s two sternmen were banding lobsters and baiting traps while Popham was setting out the traps in a 15-trap trawl – 15 traps tied together with one line.

“The boat was going fast and they heard a bang, and they saw Jon go in the water, they thought he was conscious and Timmy grabbed a knife and dove in after him,” said Melinda, starting to sob. “His foot was stuck … they hauled him up … he was unresponsive.”

In Popham’s obituary, the Popham family said White “will always hold a special place in the hearts of family for jumping overboard himself to pull Jonathan from the water.”

Photos too graphic for even me to post. See http://stabmag.com/news/crocodile-attacks-surfer-in-costa-rica-warn...

This morning, in Tamarindo an American surfer was attacked by a crocodile. And the photos of the incident are chilling, his calf and ankle were almost completely severed (see below). The victim, Arthur Becker was taken in a private ambulance to Liberia–which apparently took over an hour to respond. Sources say he lost his foot and ankle.

According to the report, the area where the attack occurred, bathers and surfers are frequently exposed without warning of the crocodiles that roam the region and in recent months there have been a considerable amount of crocs witnessed. “There are days where you get to see up to five basking in the area”-states the article onprimeroennoticias.com, which is in Spanish and via the nifty translation tool on Google Chrome reads in broken english (the title was translated into: Lizard Ankle to amputate Alien in Playa Tamarindo). The village reportedly has “no signs warning of danger” and the authorities “never say anything to tourists”.


Sorry you had to look at this...but we did warn you. Photo: primeroennoticias.com

Attacks in Tamarindo have been increasing over the years. According to an article in Tico Times, five attacks have occurred in the past year. And, as attacks in rural areas have always been common in Costa Rica, “Attacks near beaches and tourist hotspots are increasing.”

“People near the Pacific Coast are worried because it seems like crocodiles are leaving rivers for beaches,” said Flora Ayub, executive director of the Costa Rican Chamber of Hotel Owners. “At this rate, an accident could happen to anyone.”

Photos of the incident can be viewed here.