"Don't try to tell me you weren't looking at her tail!"

Alert: Terrapin are laying eggs all over tarnation. If you find a nest, contact folks who know how to harvest the eggs for incubating, hatching and releasing. 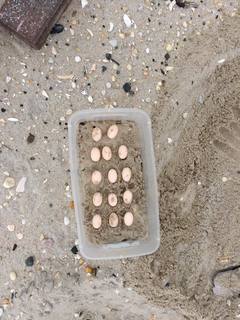 Friday, July 01, 2016: Fog has slid in, midday. Morning murkiness should brighten into possible hazy sunniness by afternoon. Winds will pick up out of the south.

The winds will become testy tonight with frontal passage. Thereafter, the forecasted west winds could blow hard enough through much of tomorrow to snot-out offshore jaunts. Nearshore, those winds won’t be as ruinous for flukers working the bay and close-in. Surfcasting will be ideal. Winds should lay down through the afternoon.

Of import is a slight delay in an arriving frontal system storms. Those cells should hold off until after dark. Also, their intensity will back off as the front hits the cooler coastal air.

For boaters and lifeguards, make note of radical new-moon tides, which have already begun to show rather dramatically. For days to come, mariners needing to deal with shallows, be it shoaling or shallowing lagoon channels, might have a tough time with the midday low tides.

Lifeguards need to worry about the sandbar syndrome, whereby invitingly exposed low-tide sandbars entice people to wade out, only to get stuck when rapidly rising tides – the high tide side of radical tides – essentially sink the bars. Of course, I’m also flashing way back to my guarding days, when that “We’re all stuck!” sandbar syndrome was an almost daily challenge. Yes, sand were different then, however, from Harvey Cedars to Ship Bottom, I’m currently seeing old-fashioned, highly-exposed sandbars at low tide.

Below is a shot of fine Barnegat Bay fluking day. However, not everyone is scoring this large. It just shows the huge potential. Note: If you want to rent a boat for fluking, you might want to get to the boat rental place early.


Pretty Damn good !! Jourdans first fishing trip and she got 2 keepers and so did Adam !! Good Day ! 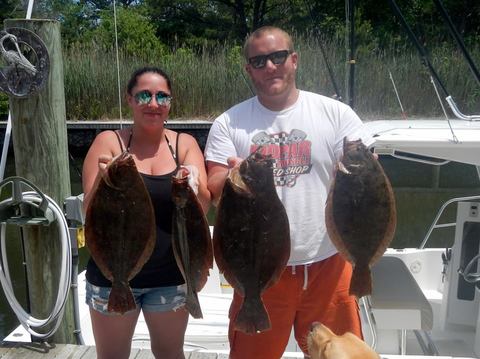 "Not happy with the last two trip outcomes, I did a few drifts after dropping my clients off was rewarded with two keepers 19 and 21 inches. It just amazes me how you can have perfect conditions (tide, wind, etc) and they don't bite, yet after the trip I ended up fishing the wrong tide and keepers start biting!! Tough to figure out." 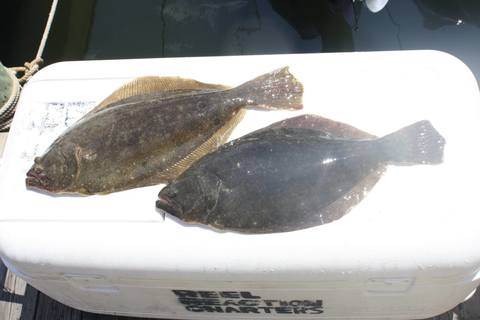 I must be an evil person but say the owner of this store is a real numbnuts and as you're leaving ... "

“The 2016 shark season is well under way, and so far things have been a bit strange. The bite is on, but has not been very predictable just yet. Water temps are finally stabilizing, so I suspect we will start developing reliable summer patterns in the coming weeks.

“The colder ocean temps thus far have had an obvious effect on the energy levels of the Sand Tiger sharks (which are currently in high abundance), with them being much more fired up than usual. I'll attribute that to higher oxygen levels. This has been making for great fights and even better releases.

“I expect to see the Sandbar shark action to heat up sooner than later, and if the populations of the past few years are of any indication of what's to come, we are in for yet another great season.”

Below: "Hey, Lew, we might have to rework that new gas mask idea of yours." 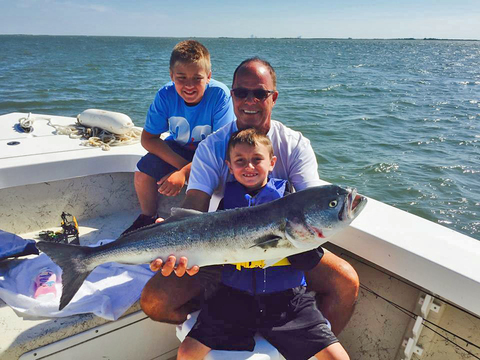 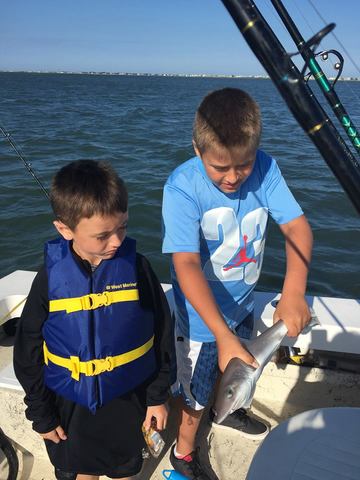 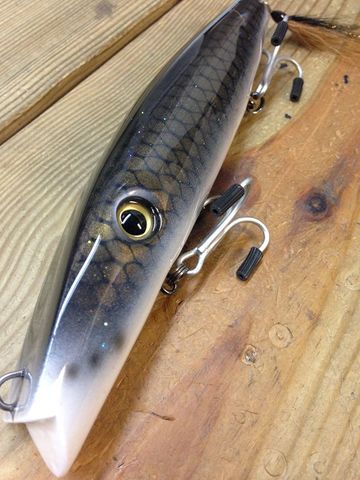 Beast Darters back in stock finally - they won't last long so get yours at
mikescustomplugs.com. Pic is "Tog". Tight lines my surf brothers and Happy 4th Holiday! 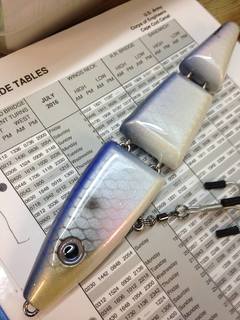 Our gal
Tracie Lynn Scherer is losing her mind ... in a great way! Here's her new plug creation ... 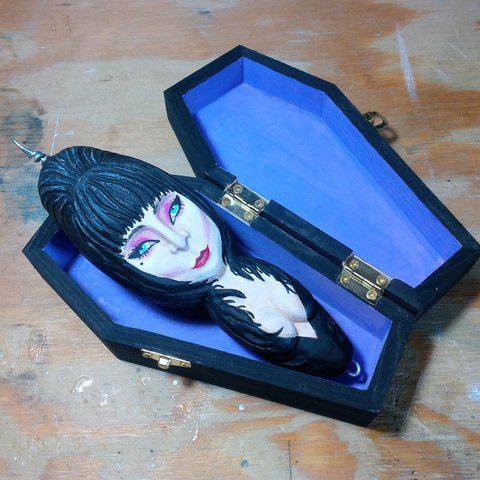 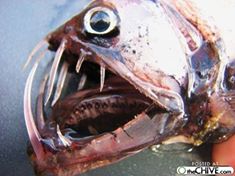 This week is the Discovery Channel’s highly-anticipated Shark Week, which features programs about one of the ocean’s top predators. The week’s star-studded cast includes the great white and the tiger shark, which are featured in programs with names like The Killing Games,Deadliest Shark and Wrath of a Great White Serial Killer.

In the spirit of Shark Week, we’ve compiled a list of five lesser-known shark species that are nevertheless important members of our oceans’ ecosystems. Photo credit: SolarSeven / Shutterstock

While these skin-crawling names might make you tune in for a night filled with bloodthirsty man-eaters, they’re dangerously misleading. The vast majority of sharks don’t deserve their bad reputation—of the 400 species of sharks, only a handful pose any real threat to humans. In fact, with more than a third of all shark species at risk of extinction from commercial fishing, bycatch and habitat degradation, sharks are usually the ones who need protection—from us.

In honor of shark week, we’ve compiled a list of five delightfully strange shark species that prove these amazing creatures should be revered, not feared.

Though it didn’t get a casting call for the movie Jaws, the goblin shark may edge out the great white shark thanks to its terrifying jaws. This bizarre shark is widely distributed, swimming in the Atlantic, Pacific and Indian Oceans and its soft, flabby, bubblegum-pink body can reach up to 12 feet in length. It also boasts highly protrusive jaws bursting with needle-sharp teeth meant to trap, not slice. In fact, this is one of the only species of sharks whose teeth are visibleeven when its mouth is fully closed. When the goblin shark is ready to feed, it inches toward its prey, stopping when its lunch swims just out of reach. Then, the shark makes its killer move,extending its jaw three inches out of its mouth to trap its meal.

Your odds of catching one of these sharks in action, however, are slim. The goblin shark eludes human eyes with its affinity for the deep-sea, swimming at depths of more than 4,265 feet and only rising near the surface at night. There are very few recorded observations of these curious creatures and the bulk of scientific knowledge about these sharks is the result of their accidental capture in fisheries.

Weighing in at around 400 pounds, the dusky shark is one of the largest shark species to call the U.S. Atlantic coast its home. As formidable long-distance swimmers with major wanderlust, the dusky shark’s seasonal migrations can take it on sea voyages that can top 2,000 miles. Its strength extends to its jaws, possessing one of the most powerful bites of any shark species. But in spite of their bite, dusky sharks very rarely attack humans.

Before regulations were enacted in 2000 to protect the dusky shark from being intentional capture, U.S. fishermen aggressively hunted the species to satisfy demand for shark fin soup and shark liver oil. While the 2000 ban stopped direct hunting, thousands of dusty sharks areregularly caught as bycatch in commercial bottom longline fishing gear. This fishing method targets fish like tuna, groupers and snappers, but many other species, including dusky sharks, become trapped, too. As a result, the dusky shark population remains very low and the species’ recovery is gravely imperiled. Government data suggests that as many as 4,000 dusky sharks are caught and discarded as bycatch each year.

Last year, Earthjustice represented Oceana in suing the federal government to finally put an end to the overfishing of dusky sharks in U.S. waters. In May 2016, Earthjustice secured a major settlement victory: the National Marine Fisheries Service agreed to complete new rulemaking at developing measures to address dusky shark conservation.

Sketch of a longnose sawshark.

True to its name, the longnose sawshark has a long, flat snout protruding from its heads that closely resembles a saw blade flanked with large teeth. Native to waters in southern Australia, these sharks aggressively move their saws from side to side, slashing at unsuspecting pray swimming by.

While this saw makes for a daunting weapon, it is also a highly adapted sensory organ. The shark’s snout is covered with specialized cells capable of detecting the small electric fields put out by other fish. When a sawshark detects fish hidden in the sand or mud of the seabed, it can use its saw to dig them out. Thankfully for us humans, these sharks prefer feeding primarily on small fish, squid and crustaceans.

Reaching lengths of more than 40 feet (about the size of a school bus), whale sharks are thelargest fish in the sea. Contrary to their name, whale sharks are not whales at all—they’re sharks. But unlike their carnivorous counterparts, these are filter feeders. They gracefully swim with their mouths open and stretched as wide as five feet filtering tiny plankton and fish eggs out of the water. While their size alone can be alarming, these sharks are docile.

These gentle marine giants gracefully roam tropical seas and are distinguishable from other large marine mammals by the white spots that speckle their brown and gray sides. Much like human fingerprints, spot patterns on whale sharks display uniquely on each individual. This allows scientists and researchers to identify whale sharks based on their spot patterns usingcomputer software originally made for mapping stars.

With a long, serpent-like body and more than 25 rows of razor-sharp teeth, the deep-waterfrilled shark looks like it has come straight out of a horror movie. The frilled shark’s ancestry dates back 80 million years and its prehistoric origins are clearly visible in its primitive shape. Scientists often refer to it as living fossil because it closely resembles species otherwise only known from the fossil record. Nearly all of this rare animal’s relatives are long extinct.

Humans rarely catch a glimpse of these shark serpents in their natural habitat—the dark waters up to 5,000 feet below the ocean’s surface. Relatively little is known about this species, making it all the more mythical and mysterious.