Friday, January 08, 2016: Kinda cloudy and chilled out there today

That awkward age when even a simple high-five prove your utter gorkiness.

Friday, January 08, 2016: Kinda cloudy and chilled out there today. We’re seeing a strong easterly groundswell for a large system out at sea. It actually has the look of a tropical low, though it would technically be something called extratropical. Had that been moving up the coastline. Eeks.

You might have seen a couple weather outlets saying we’re in for a protracted batch of frigid and white weather. Sorry, I don’t see it. There will be loads of normal to slightly above-normal air temps for the next couple weeks but I see the frigidity stuff staying off to the west, as it has been doing.

In my long-term forecast I had picked our ultra-mild weather weirdness giving way to very unpredictable weather beginning in mid-January. That is upon us, allowing for a better read. Again, chilly but nothing hideous for at least a week to 10 days. Yes, there are some signs of storm-age but even that seems destined to blast the west, south and (like now) even east of us.

Of notable ocean weirdness are water temps -- still in the frickin’ 50s! That is truly unseasonable. Not just that, I see where the commercial guys are finding those temps out to where they haul for fluke.

First fluke trip of the year. All large and jumbo. Some large Scup too. Water temp. 55 degrees . F/V Viking Rose. 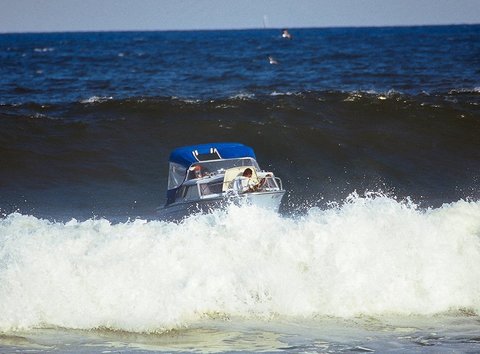 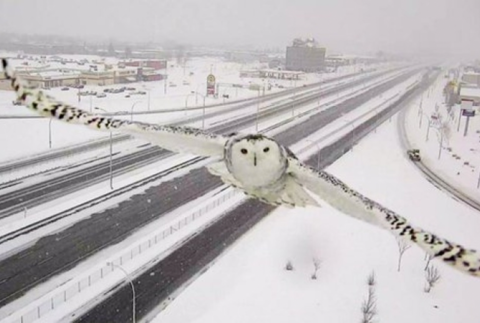 Speaking of snowy owls... Apparently our Holgate snowy remains the lone NJ representative of this oft overly-beloved northerly species. However, this bout of cold -- ignoring the 60 degrees we'll see this Sunday -- might draw a few more owls down this way. I'm told Maine has a slew of them, to the point they're again be c;eared off airport runway areas. I couldn't find anything about this on-line but I see that the last couple winters they had to do this safety move. 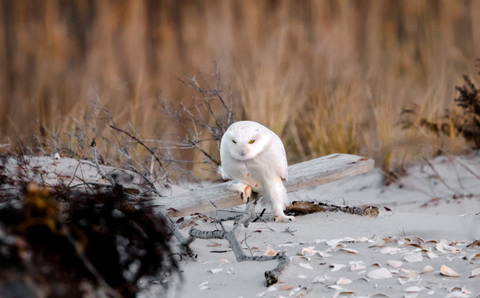 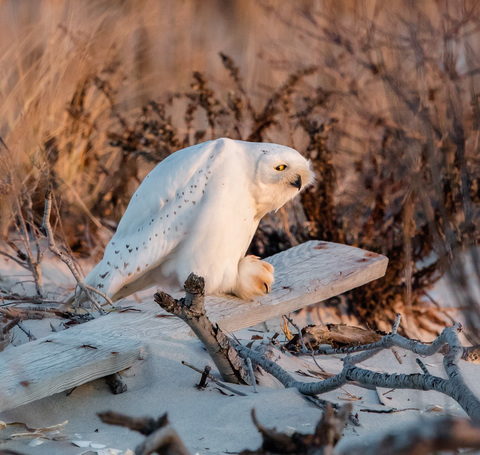 The current owl has had its ups and downs, harassment-wise, especially when Christmas crowds were hounding it in the holiday spirit.  However, efforts to reduce the gawker impact seems to be getting places.

I'm not an owl psychologist by a long shot but Holgate's Owl One -- as in Air Force One --  seems fairly sedate. I draw that from its French body language -- from the French speaking part of Canada -- which indicates it's a mighty mellow fellow.

As to what it's dining upon this winter, that's a tough call. While other smaller birds are apparently appetizing to snowys, the overall bird count at the south end is oddly low. Slim pickings.

There were recent Decembers and Januarys when Holgate growing sand plains were covered by herds of grazing sanderlings. Hey,  a prime foodstuff of owls. I know that for a scientific fact since I've opened no fewer than a dozen Holgate snowy owl boluses (upchucks) with over half containing sanderling or other small shorebirds.

Below: Just last year the sanderlings were in cloud formation. I have also found field mice in the belly mix of snowys. Holgate is as-deep in mice. That tells me snowys do either a touch of night hunting or go crepuscular to score rodent at sunrise or sunset. Of course, I'm basing that on a now under-fire belief that snowys are diurnal feeders, meaning they like to see their meals in the light of day before putting it in their mouths. There's some ornithological hubbub over whether or not snowy owls are as fully committed to daylight feeding as the books would have folks believe. 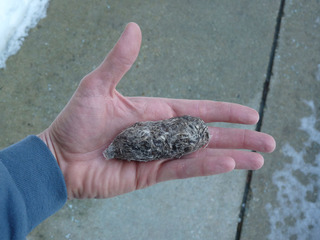 Here's a read from experts at http://www.projectsnowstorm.org:

"Observations of Snowy Owls in the northern U.S. during irruptive winters like the current one show that the owls are pretty inactive during the day. So much so that many birders and (and some ornithologists) have previously thought that many of these irruptive owls must be starving since they are seen eating so little.

"So one question to ask is what happens if Snowy Owls have a choice of hunting when it is light or dark? That would really be the way to determine if they were diurnal or nocturnal. These preferences may be based on the individual and its circumstances. We’ll need a large sample size of tracked Snowy Owls in a variety of situations before we can make any wide ranging assessments of whether they are diurnal or nocturnal. The test will be if we predict individual owl behavior based on the time of year, the habitat, owl age, owl sex, and other relevant factors...."

Science note: Crepuscular animals are those that are active primarily during twilight (i.e., dawn and dusk).

Visually, there's no way of telling if a snowy is seriously skinny under that feather overcoat of theirs.

A last-minute reminder that there is a hot auction tomorrow over at the Eagleswood Fire Company, Radio Road, West Creek. There is decent showing of fishing stuff and some fine decoy. Here a video look, It barely scratched the surface of all that will be auctioned off. I'm worried I might be a sucker for a lot of the stuff if the price seems right. Even if you've never been to an auction, this is well worth a stop-by. Just remember not to idly stretch your arm over your head or wave to someone across the room. "Sold to the man with the clueless look on his face ... for $1600. Enjoy your sterling silver Victorian vanity set."

Check out some of the goodies ...


For Information on the January 9 Auction,  follow these links:

We will be ushering in the New Year with an astonishing mix of antiques and collectibles from all eras, unlike anything that we’ve offered before.  We’ve hand picked items from homes in Washington, Barnegat, Tuckerton, West Creek, Berkeley, & Manahawkin, NJ as well as Catasauqua, PA.  The multi-estate auction will be held at the Eagleswood Fire Hall on Saturday, January 9 beginning with the auction Preview at 8 a.m. Hundreds of photographs can be viewed in the Gallery Section and the majority of items are also listed.  Follow the links above, and come join us!  Food will be available by Chef Rich.

State of NJ and Non-NJ Resale & Absentee/Phone Bid Forms can be found here: 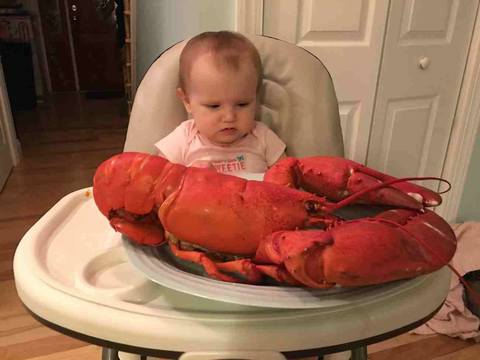 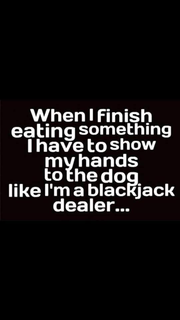