Friday, February 27, 2015: My read on the nasty-ass deflagration explosion on Oak Avenue Friday, February 27, 2015: It’s the middle of an iced in, snowed in, bored in winter and still I’m busy to the hilt. Whenever news hits, it hits my desk very early on. Then, there are follow up and what I call trickle-down effects.

For instance, the nasty-ass deflagration explosion on Oak Avenue led to calls asking what the overall danger might be from gas leaks. Folks know I don’t pull any punches. If need be, I’ll say, “We’re all gonna die!”

So, I took a couple jabs at the Natural Gas Company and the folks there offered something of a party line, assuring that such explosions are one of those rare-as-hen’s-teeth things – and that’s likely true. However, you get shredded by that one hen with pit bull teeth and that rarity thing gets blown to pieces – which are still hanging in the trees around the blast site.

What gets weirder and a shred spookier is the thoroughly snakey way the natural gas fumes slithered into that doomed building by sistering up with an entirely different entity, namely water pipes. 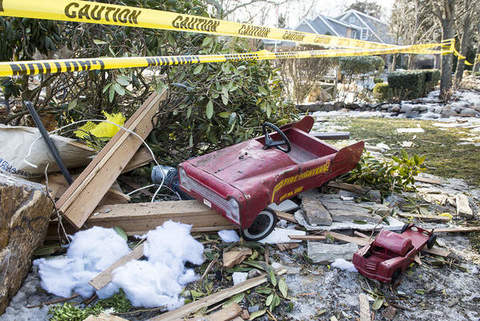 Upon hearing this, my mind’s eye first envisioned the gas actually invading the water pipes, to go with the water flow – right into the building. Turns out it just can’t happen that way. How do I know? I checked with the largest water flow company in the state, New Jersey American water.

I chatted with a quite-knowledgeable company spokesperson who emphasized the fact that water within pipes is under pressure, first from gravity -- as water literally drops from water towers to ground level – then, from a mechanical push via pumping stations.  “That constant pressure in the pipes is what keeps water safe, by forcing out anything invasive trying to come in.,” said the spokesman.

Then, how did the leaking gas in Stafford use the water pipes to worm into the house on Oak Avenue?

It all has to do with the way buried pipes travel in the same circles -- a few feet underground and close to one and other. Gas mains and water mains are often kissin’ cousins, as workers in both utilities know all too well, should they swing a pick in the wrong direction.

Based on the dirt those pipes lie within, what happened at Oak Ave. could be a geology thing.

The ground where pipes are laid -- along the roadways and branched into homes -- is disturbed by the digging, sometimes called trenching.  The disturbed ground, even when filled back in, is far less dense than the surrounding undisturbed ground. Gravity and humanity then pack down the surface of the disturbed surface ground, creating a relatively impervious layer above the pipes. This time of year, frozen ground up above further caps the buried pipes. They become encased, on all sides, by something of a natural piping effect. 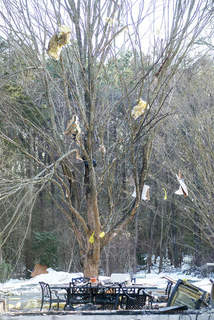 You see where this is going, right? When a natural gas main breaks underground, the escaping vapors seek the path of least resistance -- which wasn’t upward in this case.

In many cases, leaking gas is noticed/contained within the ground out near the road. Fixes can be done without explosive ends. But, in the Oak Avenue case, it seems the lay of the land – or proximity to the mainline gas leak -- might have been the main player. The doomed building just happened to be where the gas found an easy path (of least resistance) by following the subsurface piping lanes into the house -- and toward the atmosphere, where all gases are wont to go. 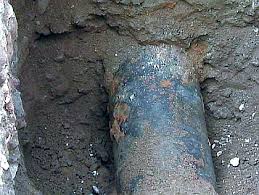 Again, the frozen ground had not allowed vapors to reach the surface – and nostrils of folks up above – until it was pretty much a jail break situation for the gas – rushing into the chosen building.

Yes, the gas company was already on-scene due to the entire neighborhood smelling natural gas. However, things were far more out of control than anyone could have known. It should be noted that the gas workers had just homed in on the main source of the odor. It gets ugly from there.

What sparked the deflagration might never be known. Was it a sudden spark or simply a steady flame (pilot light) in a gas-filled atmosphere that had reached its flammability limits?  By the by, to become explosive, the air (atmosphere) must contain 5 to 15 percent natural gas. Despite having a high ignition point (1,163 degrees F), concentrated natural gas becomes increasingly susceptible to reaching its limits. 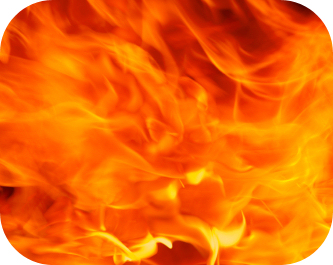 The lingering question is what might have happened if that building had been occupied. Truth be told, anyone in the home would have been a goner long before the blast. Which actually brings up a more upbeat point: Folks inside a home filling with natural gas would likely notice it and dash for cleaner outside air.

Back to spooky, one must worry what might happened if folks go to bed early on a cold winter’s night and don’t detect a night-long buildup of gas.  That scares me even writing it.

Yes, there are in-home detectors that seek gas buildups. I like the First Alert Plug-In Explosive Gas and Carbon Monoxide Alarm. Sidebar: I know folks in England who saw the cop cruiser dash cam video of the house blowing up. It’s yet another reason I have dash cams, facing forward and back. Thumbs up to the PD for releasing that footage, which would have been worth a small fortune if issued through paparazzi pipelines.