Below: Another reason why uncles don't make great babysitters ...

Friday, December 23, 2016: Well, the weather has respected my vacation in a fine way. The woods have been ideal; a coolness made for metal detecting, digging old dump sites and, most of all, bathing.

Yep, bathing in the woods, which is becoming a huge thing in Asia. But it’s not quite as it sounds.

“Forest bathing,” is the new colloquial term for something called Shinrin-yoku Forest Therapy.

Below:  The Evergreen State College class about to forest bath. 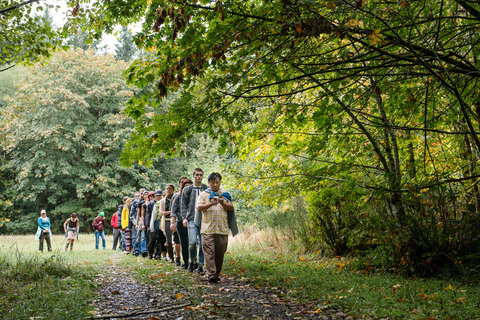 Shinrin-yoku means "taking in the forest atmosphere" or "forest bathing." It was developed in Japan during the 1980s and has become something of a sensation in the realm of preventive health care and healing in Japanese medicine.

To get therapeutic wid it, you simply walk into a forest – or an acceptable facsimile, like Park or a really good flower shop -- and commence to communing with nature, Shinrin-yoku-style.

Sure, communing with nature has been around for eons – and has sorta been done to death. However, forest bathing is the new commune on the block, born in 1988. And it’s making a huge splash, even with scientists. It sure seems to be helping the ill and heightening the health of the healthy, even succeeding in places where the stodgy established-medicine falls short. Shinrin-yoku is now an accepted part of the Association of Nature and Forest Therapy Guides and Programs. According to www.shinrin-yoku.org, “Researchers primarily in Japan and South Korea have established a robust body of scientific literature on the health benefits of spending time under the canopy of a living forest.”

“Scientific studies that are demonstrating the mechanisms behind the healing effects of simply being in wild and natural areas. For example, many trees give off organic compounds that support our ‘NK’ (natural killer) cells that are part of our immune system's way of fighting cancer.” 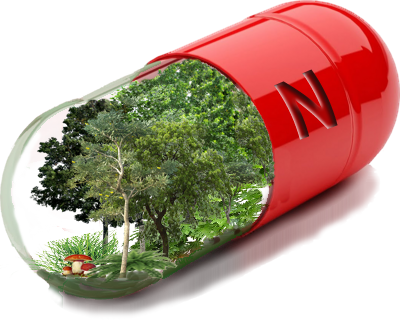 While I’m not fully buying into the preventative medicine side of forest bathing, I can sure vouch for the fact that I usually come out of the Outback feeling like I had been plugged into some cosmic battery recharger. And I merely dip my feet, so to speak.

To organize Shinrin-yoku forest therapy walks in our local areas so people can directly experience the practice and its benefits.

To increase public awareness and acceptance of shinrin-yoku, forest therapy, and other practices that mobilize the connective and healing power of nature.

To establish areas of natural forests on public lands as designated sites for forest therapy activities, such as walking and meditation.

To transform our cultural relationship to forests through fostering deeper relationships and positive experiences with forested areas.

Below: One of my former Shinrin-yoku ... before I knew what it was. 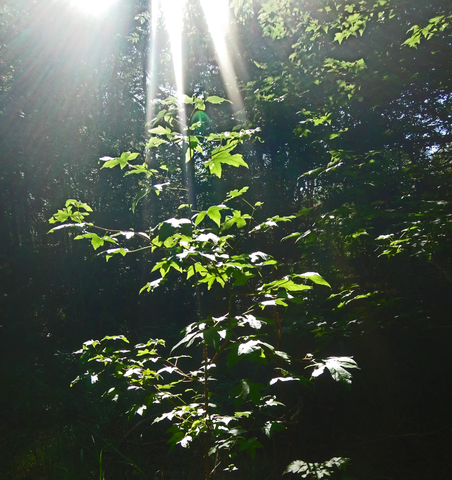 While I don’t have the time to fly to Japan to learn Shinrin-Yoku with the masters, I’ve got this urge to devise a slew of Shinrin-Yoku-ish things to do in the woods to increase the whole commune-with-nature thing. Just today, I was digging and decided to stick my face into a foot-down Pinelands hole … just to sniff around. It was fresh and cool and awesome. Sixty years hanging in the Pines and I never once tried that. The main fragrance, outside a hint of eau de irony minerals, was sassafras. There must have been some sassafras roots nearby. I have to try that face-in-hole asana in other wooded areas. Maybe I’m a natural-born Shinrin-Yoku master, Grasshopper.

Below: Too deep, dude. 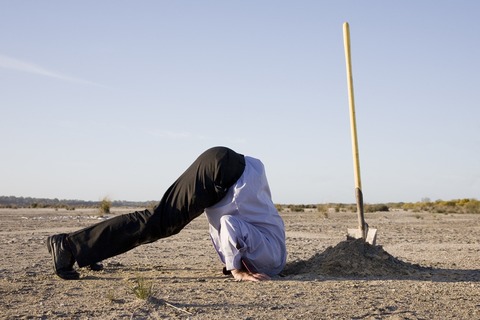 I know for a fact I’m a natural-born treason hunter. Although, I got skunked hunting a Colonial site today, I came across some fun more-modern collectibles, proving minor treasures might pop up anywhere. Below is a look as today’s minor, but fun. Sorry for the occasional soft focus. My Canon is acting up on the focus front.

HOLGATE MATTERS: Today, some buggy folks had parked on the oceanside edge of the refuge (around 3,000-foot mark) and walked across federal land to clam the nearby mudflats – less than a football field away. Well, you can’t get there from there, i.e. you can’t cut across the posted area. That was officially pointed out to the crossers.

I know full-well there could be some conceptual dispute over mean tide lines -- and that the erosion zone no longer meets the criteria for private property. But you damn well better be ready to go full-guns, legally, to challenge the refuge’s position – and signage. It’ll be your dime against the federal mega-bucks. 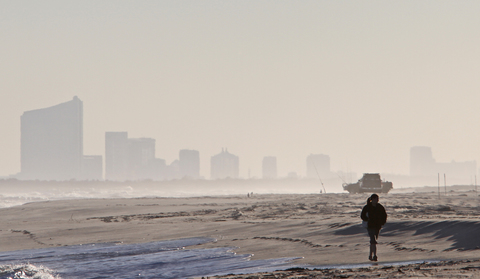 More importantly, it’s far better for all involved (with Holgate) to fully respect the refuge’s boundary markers. The great majority of folks do, including mobile anglers and beachcombers. That respect stems from a usage agreement that took decades to eke out. Violating the agreement threatens all public usages of NJ’s beaches adjacent to the refuge – via a complicated principal. The annual summer closure of the Holgate beaches for nesting endangered and threatened species, proves the feds can appropriate control of adjacent lands – within limits -- when human usage violates the mandates of the Wilderness Act.

Below: It's barren ... and belong to the refuge. My shot. 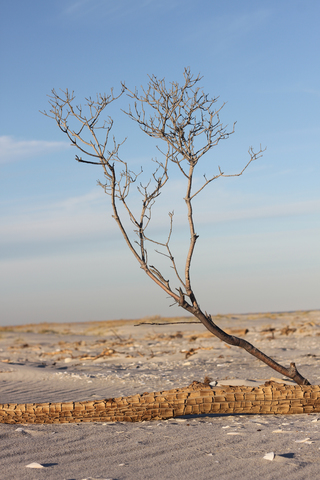 Note: This past summer, other state-owned beaches on the Eastern Seaboard were forced to close for the first time to accommodate federally-protected nesting birds.

Let’s keep it a happy Holgate. I wonder how the late, great Bob Ross would paint that. I sure miss his artistic genius. WEATHER-WISE: December mildness -- when compared to the freeze a short while back -- will not only continue but even turn up the heat. I see more 50s and some potential for 60s (mainland) next week. I'll take it.

The winds for many days ahead will stay mainly westerly (with a southerly tilt), ushering in the milder air in the Midwest. There shouldn't be any alarmingly hard winds.

Christmas Day will be just fine; brisk winds but not cold. Sorry kids, not a snowball's chance in you-know-where for a white Christmas. Still, I see where a slew of betting folks went with the 20-to-one odds -- and lost again. 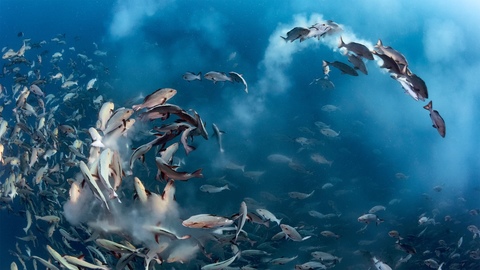 As the sun gets ready to set on yet another season, don’t forget about black sea bass –
Big blackfish, good late-season action on porgies & sea bass, a smattering of striped bass, and the first reports of winter flounder around Belmar. The holiday weekend video forecast for the New Jersey, Delaware region!

Every mom wants her young sons to know this ...

Yesterday at approximately 6:40pm GMT, Sea Shepherd’s patrol vessel the Ocean Warrior intercepted one of the harpoon ships of the Japanese whale-poaching fleet in the Southern Ocean Whale Sanctuary.

"The crews of the Ocean Warrior and the MV Steve Irwin have been battling through thick fog and ice to protect the whales in the Australian whale sanctuary," said Captain Adam Meyerson of the Ocean Warrior. "The Yushin Maru was hiding behind an iceberg and came out on a collision course."

The harpoon ship was located approximately 165 miles northeast of Australia's Casey base, well inside the Australian whale sanctuary (64˚15' S 115˚06' E). Sea Shepherd's vessels are now on the hunt for the centerpiece of the illegal Japanese whaling fleet, the floating slaughterhouse known as the Nisshin Maru.

"Finding one of the hunter killer ships hiding behind an iceberg in a thick fog means that the rest of the fleet is nearby,” says Meyerson. “We all hope to have whaling in the Southern Ocean shut down by Christmas."

In the meantime, foggy weather conditions have made for poor for visibility for the whaling fleet, which is a great sign for the whales.

Operation Nemesis is Sea Shepherd’s 11th Antarctic whale defense campaign. In Sea Shepherd’s past ten campaigns over 6,000 whales have been spared the grenade-tipped harpoons of the illegal Japanese whaling fleet. Japan’s so-called “scientific research” program used to justify the killing of whales has been rejected by the International Court of Justice and the International Whaling Commission’s scientific committee. In 2015 the Australian Federal Court fined the Japanese whalers $AU1 million for hunting within an Australian whale sanctuary, however it remains unpaid.

Established in 1977, Sea Shepherd is an international non-profit, marine wildlife conservation organization. Our mission is to end the destruction of habitat and slaughter of wildlife in the world's oceans in order to conserve and protect ecosystems and species.

Sea Shepherd uses innovative direct-action tactics to investigate, document, and take action when necessary to expose and confront illegal activities on the high seas. By safeguarding the biodiversity of our delicately-balanced ocean ecosystems, Sea Shepherd works to ensure their survival for future generations. For more information, visit: http://www.seashepherdglobal.org/