ALERT: Tomorrow is the Barnegat High School’s Fishing Bengals’ Fisherman’s Flea Market, running from 9 a.m to 1 p.m. This even is perfectly timed for Christmas gift giving. Might even be some handcrafted plugs floating around. The school is located at 189 Bengal Boulevard in Barnegat Township (Not Barnegat Light on LBI). Directions down below.

Friday, December 09, 2016: How’s that chill feel? Feels kinda cold doesn’t it? So now we don’t need to feel it any more, the novelty has passed. And I see a fairly quick recovery by Sunday, as light south winds. In fact, there could be lighter winds through much of the upcoming week. Boat bassing could be highly doable, providing rain gear is kept close at hand. There should even by a solid chance to get out to the wrecks for blackies.

Haven't mentioned the jumbo choppers also being caught just off LBI. Yet another species forsaking the surf.

Blowout tides will prevail through the weekend. 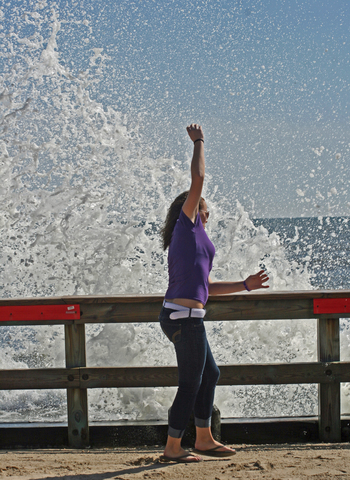 “Six years of low recruitment,” is what I'm hearing from the environmentalists, and what I keep getting told by those who WANT drastic fluke reductions (after all, the NOAA fluke cuts in 2017 will decimate the industry, drive more party boats out of the picture, and reduce the number of anglers on the water – it’s what the white collar, elite anglers have always wished for.) But six years poor sampling rates on younger, smaller fish, that’s a little scary, right?

But did you know that NOAA Fisheries got themselves a brand new survey ship in 2009? Yup, the 200-plus-foot R/V Bigelow started doing fisheries assessments roughly 6 years ago – you don’t think, perhaps, that fancy new government ship might be using the wrong equipment to do trawl surveys on small flounder, do you? I mean, it's just a coincidence, right? Bureaucrats and environmentalists wouldn't try to deceive the angling public, would they?

DIRECTIONS TO BARNEGAT HIGH SCHOOL FLEA MARKER (Getting to the high school is a tad tricky for the unfamiliar.)

Traveling from North Jersey (heading South on the GSP): Stay on Garden State Parkway and take exit 67 Barnegat.  Bear right onto Lighthouse Drive and come to

the stoplight (WAWA will be on your right).  Make a right at the light onto West Bay Avenue and at the 3rd light make a left onto Barnegat Blvd.  Follow Barnegat Blvd (you will pass the Collins school/Brackman school on your right) and make a left at the 2nd light onto Bengal Blvd.  Follow Bengal Blvd and make right into Barnegat High School – follow the signs.

Traveling from South Jersey (heading North on the GSP): Stay on Garden State Parkway and take exit 67 Barnegat.  Make a right onto West Bay Avenue and at the 2nd light make a left onto Barnegat Blvd.  Follow Barnegat Blvd (you will pass the Collins school/Russel Brackman school on your right) and make a left at the 2nd light onto Bengal Blvd.  Follow Bengal Blvd and make right into Barnegat High School – follow signs.

Traveling from Manahawkin, Tuckerton, etc. (heading north on Route 9): Make a left onto Barnegat Blvd at the light (Wawa will be on your Passenger’s side at the light).  Make a right at 1st Light onto Bengal Blvd.    Follow Bengal Blvd and make right into Barnegat High School – follow signs. Many thanks to my fellow Jersey residents who contribute to this fund through the sales of Conserve Wildlife license plates and the tax check off on our income tax return!

Carly Sibilia was an all star volunteer intern who helped make a positive impact on conserving our local hard shelled critters, the terrapins, this past summer!!

It's super easy to swap plates or make a donation through your tax return!

December 9, 2016 -- WASHINGTON (SAVING SEAFOOD) - This morning, the court accepted a declaration by New Bedford Mayor Jon Mitchell in support of a lawsuit filed yesterday by a group of 12 commercial fishing organizations, businesses and municipalties including the Fisheries Survival Fund and the City of New Bedford. The lawsuit alleges the federal government's Bureau of Ocean Energy Management (BOEM), failed to adequately consider the voices of commercial fishermen in the consideration of a proposed offshore wind farm off the coast of New York.

"During my administration, the City also has become a national leader in the development of the offshore wind industry," said Mayor Mitchell. "Among other initiatives, my administration established the New Bedford Wind Energy Center, the only local economic development agency of its kind in the US, and has facilitated investment in port infrastructure and workforce training programs to support the industry."

When BOEM previously designated wind lease areas off the coasts of Rhode Island and Massachusetts, New Bedford worked hand-in-hand with BOEM to ensure fishing voices were considered. Consequently, the wind lease areas were drawn in such a way that they had minimal impact on the commercial fishing industry. In the case of the proposed New York wind farm, however, BOEM, according to the Mayor, has failed to take the same steps to ensure commercial fishing voices are heard.