New bus driver listens to the kids wanting him to hit the dip in the road at 50.

Friday, August 26, 2016: Light onshore (and variable) winds are doing very little to knock down the heat -- though it's still better on the Island than the mainland, which is sweltering.

The ocean is trying to clean up and should be sweet by tomorrow. Swells are not more that a couple feet.

We’ll continue to see the mixed light wind pattern, with likely some nighttime westerlies followed by northeast.  I now see Sunday hosting easterlies at no more than 15 mph.

It sure looks to be a damn decent fishing weekend. Here’s hoping the upcoming switch in winds to the northeast will push out the off-color water right along the beach, so surfcasters can enjoy one of the last summer weekends – based on Labor Day, Sept 5.

Below: Banded rudderfish; often pop up this time of year. Always looks like it's in a bad mood. 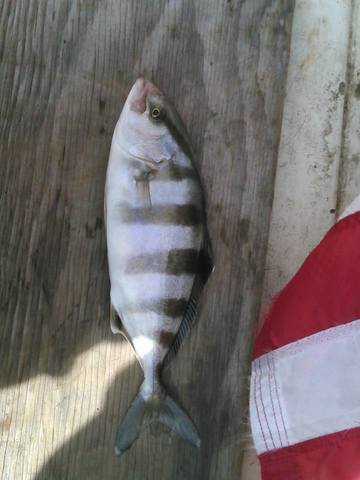 I had mentioned that things got oddly quiet on LBI this week, as back-to-school factors into the mix. Mirroring that is a total downturn on fishing folks contacting me via social media, emails, etc. Here’s hoping arriving hardcore fall casters will let me know what’s what on the angling front. As I always note, I’m very willing to stay mum on exact locales. Truth be told, most readers are more interested in looks at what was caught and how the fish were caught – baits, rigs, time of day … all that good stuff.

BUGGY BANTER: It’s not too early to chat buggying. We can’t do that without bringing up the ongoing replenishment. It is currently taking place within the Nebraska Avenue zone, south to Beach Haven. That work might be going on when the beaches should be open for driving. After that replen phase, work will move to 57th Street, Brant Beach, and work down to Nebraska Ave.  Next, it seems Ship Bottom will inexplicably get re-sanded.

Then, it gets a bit tricky – seemingly based on federal funding. I’m now getting word that Brant Beach, from the Ship Bottom border southward, could also get a re-replenishment.

So what’s all that mean for mobile fishing buggying? A rough road ahead from Brant Beach to Beach Haven. Smooth sailing from Ship Bottom northward., i.e. all of Surf City, North Beach, Harvey Cedars and Loveladies – providing those towns oblige.

Face it, Long Beach Township could simply delay beach access to all LBT beaches regions because of work on certain zones.  That thinking is, admittedly, paranoid. I think Mayor Mancini will see the need to allow un-fettered beaches to be buggied upon, namely, Loveladies, North Beach and Holgate proper. We can hopefully bank on the Holgate refuge area being buggy-friendly. However, the just-replenished Holgate zone doesn’t offer a prayer of being driven from Beach Haven all the way to the refuge. Hell, adjacent to the Holgate parking lot there’s a 20-foot hill of sand preventing a buggy from going around the bend.

As to areas that might be under construction come fall, I’m hoping that Great Lakes has go-no-further signs in place. It’s really tough to see what’s-what when driving around night fishing and approach work areas. At the same time, Great lakes has been great about accommodating beach uses right up to the edge of work zones. Check out this video I took earlier this summer: http://www.youtube.com/watch?v=kvdMKxMXo_k.

“Hot enough for ya?”

Every summer this re-arrives as the lamest, dumb-ass-est rhetorical question known to man. But you still smile, as if appreciating both its appropriateness and spontaneous witticism.

Don’t mind me, I get cranky when it gets this hot. Making me even more irritable is knowing both the heat and this lame question will only intensify, based on the forecast through September – and long-term science.

In worldly terms, the just-past July was the sultriest since reliable systematic global temperatures began hitting the book in 1880.

Per the thermometer mavens at NASA’s high-flying Goddard Institute for Space Studies in New York City, July 2016 was one/tenth of a degree warmer than former all-time July hotties, in 2009, 2011 and 2015.

Our latest July has become a link in a chain of ten consecutive warmest-ever months. Without even seeing what the rest of the thermometer-year has to offer, there’s a high likelihood 2016 will end up as the warmest year in 136 years of modern record-keeping.

Does that automatically mean this winter will a mild breeze? If only. A myriad of other more immediate earthly factors dictates what might be called the short-term skies. Even record-breakingly warm years, can be seasoned with spots of record-breaking cold. Locally, the notorious Jet Stream can quickly dish out dismal coldness, based on factors as divergent at sunspots – not to mention major players like el Nino and la Nina. What’s more, Jet Stream swings have seemingly gotten more radical in recent years,

Planetary heat-ups, which have regularly taken place over the past billion years or so, are best detected through large-span graphs put forth by dogged data-taking folks, like those up at Goddard. However, even 100 years is a single breath in geological time.

Whereas the last global warming event likely took a load of eons to play out, as seen in geological evidence, the arriving warmth may be on the fast track, if alarmists are correct. Based on pre-data-taking estimates, our current heat-up might even be discernable in the short-term. That notion is where debate heats up.

While I’m sweating out the obvious, somewhat insidious heating of the surfaces of our oceans, I just can’t subscribe to the notion that every piece of weather is purely warming-based. Even fast-tracked global warming doesn’t work like that.

All that said, all it really says is the immediate skies, i.e. this fall and winter, can be all over the board, based on, well, the weather.

After a great week catching smallies in northern Michigan I'm ready to get on the track today! 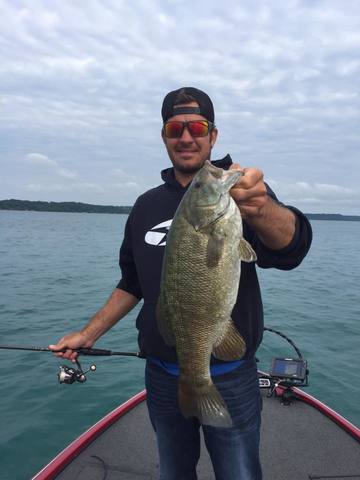 Most guys hit up the local florist when their in trouble or wanna make their wife smile, but that don't work at my house. I gotta hit up a local crabber and bring home multiple dozen soft shells . Thanks David @ Absecon Bay Softshells. Best local soft crabs by far! Seriously awesome day yesterday, save for a few mishaps. Had yellowfin in the 60 to 80lb range smashing poppers. Huge thanks to Ray for making a substandard day epic!
— with Jesus Gonzalez. 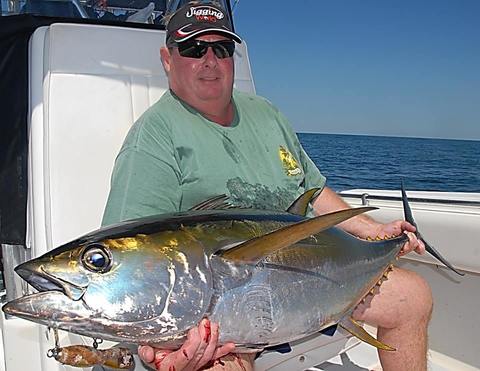 Marine scientist Greg Skomal of the Massachusetts Division of Marine Fisheries is usually on board armed with two poles: one for filming the elusive predators and another for placing acoustic tags. He's joined by a small crew of researchers and by Atlantic White Shark Conservancy executive director and co-founder Cynthia Wigren.

"The ultimate goal, really, is to learn as much as we can about the species to be able to protect it and support the conservation of white sharks," said Wigren. 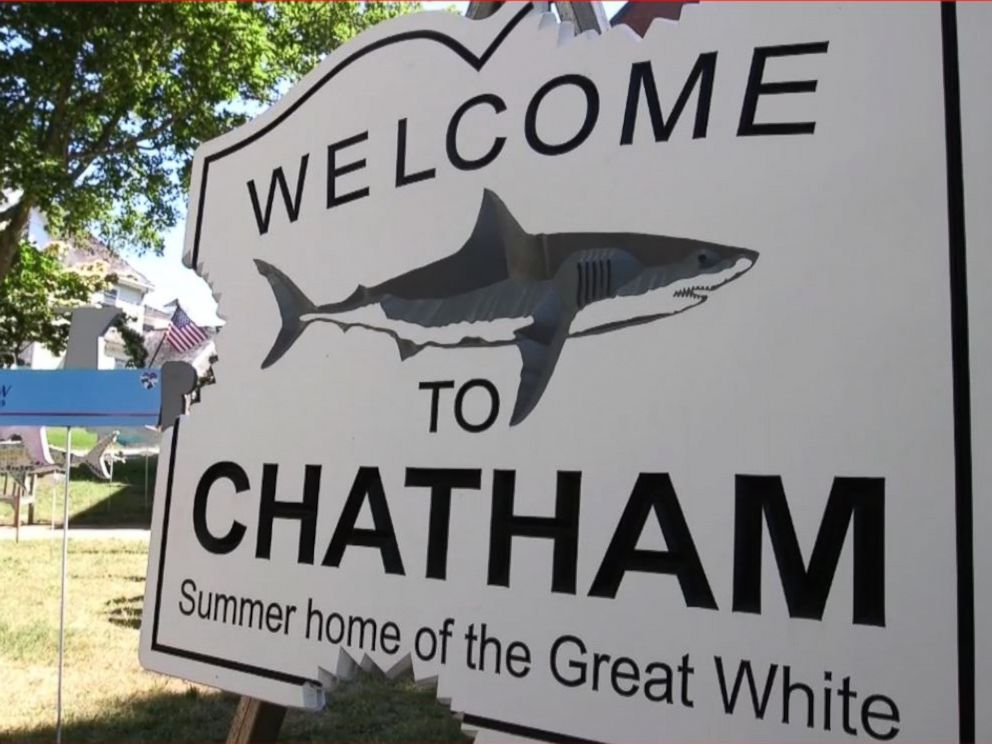 A sign in front of the library in the center of Chatham, Massachusetts proclaims "Welcome to Chatham. Summer home of the Great White."
END_OF_DOCUMENT_TOKEN_TO_BE_REPLACED

Flying overhead are their eyes in the sky, pilot Wayne Davis. "With every shark that he sees, he's going to give us a call on the radio," said Skomal. "We're going to steam over there as quickly as we can. Once we get up to that shark ... I'll be out on the pulpit, and I'll be waiting to get close to that shark."

In front of the library in the center of town is a sign proclaiming, "Welcome to Chatham. Summer home of the great white," and Wigren said she has seen a shift in attitude.

"People are starting feel like these are our sharks," she said. Signs at the entrance to the beach alert swimmers and beachgoers about the presence of great whites, encouraging people to take the proper precautions when they're in or on the water.

Skomal said, "People aren't running away in fear. They're flocking to the beach in fascination."

Bringing Our Community Together


Meet the Candidates! We are your team to work tirelessly for Long Beach Township! Remember to Vote on November 8th!

About Committee to Elect Myers, Hagler and Beaty, candidate for


This is the lure that never made it , because the paint had a bad reaction with the finish coat I was using that time ,
Also one of my goals is to make flawless lures , no issues , nothing and the most important they must swim deadly , 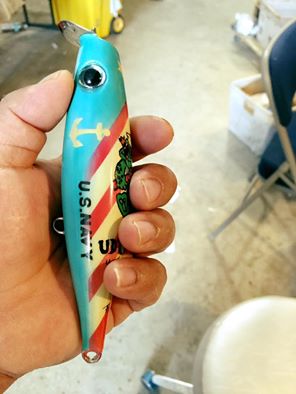 And in case you're wondering what that crowd is in the distance, someone caught a shark 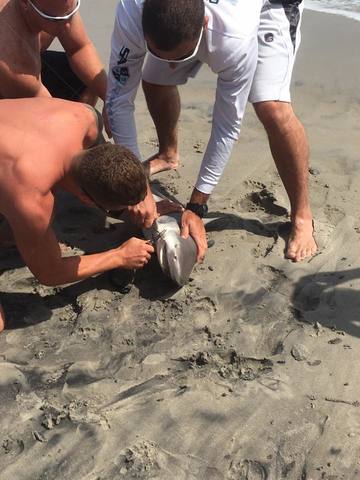 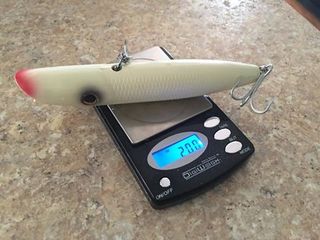 Got my hands on the new northbar darters.

Slight wider than the SS darter but same length.

One thing to note, is they only weigh 2oz (I weighed 3 different ones) and the packaging says 2.5oz

Will have to see if they are loadable too.

When a man swimming naked in a Bavarian lake felt a strange pain in his nether regions, he looked up to see a fisherman on the shore. "Don’t pull!" he shouted.


At first the man thought he had just become tangled in some weeds, but when he looked down he noticed in horror that a fishing hook was tugging at the most sensitive part of his body, the Augsburger Allgemeine (AA) reports.

The man, who told the local paper he wished to keep his identity secret, is a regular at Augsburg’s Kaisersee, a popular bathing spot for naked swimmers.

He was doing the crawl with his head under the water when he felt the unpleasant sensation in his thighs - and only then did he notice that there was a fisherman on the shore.

After he shouted out his warning to the fisherman to hold still, he swam towards the angler's position on the bank.

It was then that he realized the extent of the problem: the hook had pierced his penis and he was unable to remove it.

Using a knife which the fisherman had on hand, he cut the hook free from the line and proceeded to cycle home with his new body piercing hanging between his legs.

Back at his house he lowered himself into his car and drove the final stretch to the hospital emergency room.

“The doctor couldn’t hide the grin from his face,” the man told the AA.

Luckily though the medic was able to remove the hook from his genitals and treat the wound. The result was nothing more serious than a swimming and shower ban for a week.

But the fisherman reportedly expressed little sympathy for the swimmer’s plight.

“He told me it’s not an official swimming lake and that it’s his right to fish here and there are signs up to prove it,” the swimmer said.

He explained that he hadn't seen the signs, but added: “From now on I’ll swim a bit further into the middle.”