(MINOR BEACH BUGGY UPDATE: I have never ever gotten so many calls, emails and Facebooks asking about the status of the front beaches for buggies. Please believe me when I say – on the behalves of Island municipalities – that there are tricky last-minute beach tweaks needed to give the final OK – and offer the permits.

I will go out on a limb by highly unofficially saying that it seems towns are amenable to buggyists this fall. Still (!), beach entrances/exits must pass muster, legally, before the final go-aheads are given. Those access/egress points are a real question mark in Surf City where final crossovers are just being begun by the Army Corps. And there are also some erosion problems in a few parts of Long Beach Township, Beach Haven and Holgate. However, those are nothing we haven’t seen many times in the past.

Holgate is quietly hopeful, as the NJBBA helps the refuge place boundary markers.) Note: Not that anyone has to be told this, per se, but it has been a beyond-average bitch getting on LBI in the morning. It has little to do with the Causeway construction. Folks are day-hopping and weekend warrioring like never before. I just bring this up to remind anglers heading for charters and headboats to get a huge head start. Same goes for beachgoers. Either arrive pre lifeguards or have plenty to do when waiting in line -- starting as far away as west Manahawkin. 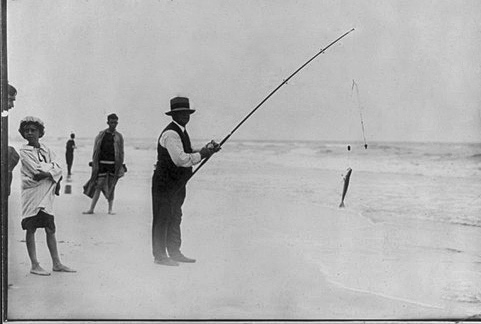 Run-down: It’s what might be called ongoing gorgeousness. Though some very unstable tropical air looked as if it would play weekend spoiler, but the saucy system to the south seems to be losing steam – which might give us a decentish weekend after all, showers notwithstanding.

The current cool night air will surely spark the fluke bite, mainly near the inlets. However, you can’t rule out good to very good fluking at all common flattie locales, bayside (even west). 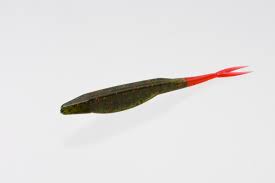 Speaking of fluke, the really big ones being caught in the ocean continue to regurgitate sand eels, likely scarfed up closer to the beach. That might suggest a slight switch to darker GULPS and other sand eel lookalikes. 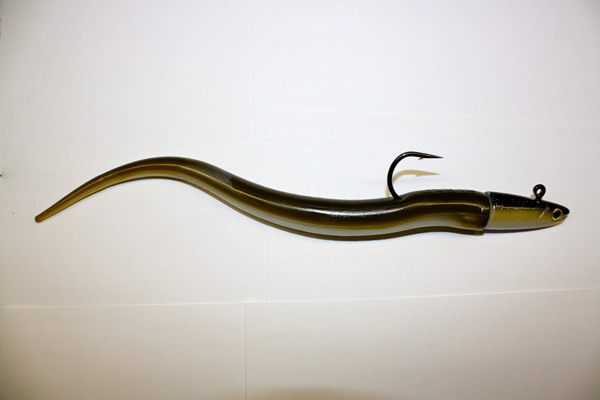 While it’s always a good strategy to go with larger baits when trying to single out doormats – from loads of little stuff – I had two emails about 5-pound fluke going for more subtle offerings, including a half-ounce Spro with squid/spearing being used (because of a slow drift) that won over a 5-11 fluke, with nothing in its belly when cleaned. I always note that fluke are violent regurgitaters when hooked. In deeper water, they’ll offload everything they’ve eaten when being fought; then, when being cleaned later, it seems they were starving. Not likely. There are no starving fluke anywhere, unless sick. If they run out of readily available forage they’ll gladly dine on their little ones. 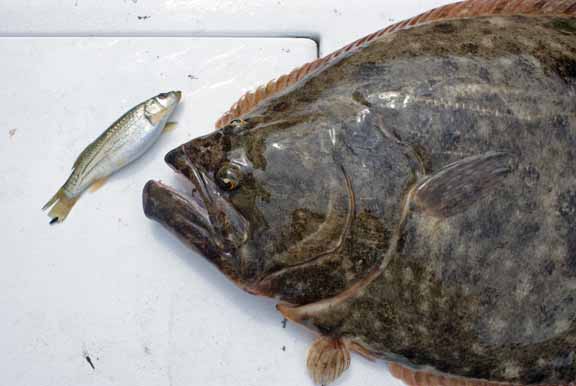 Blowfishing remains insanely good once they’re chummed up to an anchored boat. I did get a bit of a chuckle when a relative newbie to chumming asked what he was doing wrong, having chummed “twenty bucks worth of chum for squat.” I just happened to ask about how his chumline looked behind the boat. “It was hard to follow. We kept drifting away from it.” Gospel truth. I explained the anchoring prerequisite and he was all gung-ho to grab another twenty bucks worth of chum. It must be nice to have chum money at one’s beck and call. I had written about this same (very nice) fellow last spring. He had bought a new Lexus for his daughter’s graduation – from frickin’ high school! While 12-year-old Zachary Reyna fights for his life against a brain-eating parasite, the Florida Department of Health has issued a warning for swimmers.

High water temperatures and low water levels provide the perfect breeding ground for this rare amoeba, called Naegleria fowleri, officials said. They warned the public “… to be wary when swimming, jumping or diving in freshwater” with these conditions.

Zachary’s family told CNN affiliate WBBH-TV that the boy was kneeboarding with friends in a water-filled ditch by his house on August 3. He slept the entire next day.

Zachary is an active seventh-grader, his family said, so sleeping that much was unusual. His mother took him to the hospital immediately. He had brain surgery, and doctors diagnosed him with primary amoebic meningoencephalitis, according to WBBH. The family said he is currently in the intensive care unit at the Miami Children’s Hospital.

The Centers for Disease Control and Prevention said it has been in touch with Zachary’s doctors and has released the same experimental anti-amoeba drug used to treat 12-year-old Kali Hardig recently in Arkansas. The Arkansas girl is only the third person in the last 50 years to survive this deadly parasite.

Zachary’s family is hoping he becomes No. 4.

Getting Naegleria fowleri is extremely rare; between 2001 and 2010, there were only 32 reported cases in the United States, according to the CDC. Most of the cases have been in the Southeast.

The cases are nearly always deadly, but Kali’s condition is giving the Reyna family some hope.

The Arkansas girl was infected with the same parasite a couple of weeks ago and was in the intensive care unit at Arkansas Children’s Hospital in Little Rock.

She is in rehab, which is “really a great sign for her,” hospital spokesman Tom Bonner said Tuesday. She is listed in fair condition.

Kali has shown so much progress that she can now sign her name, her mother, Traci Hardig, told Bonner. Kali can’t talk yet because of a sore throat from the breathing tube and the general grogginess she feels from medication, Bonner said.

Naegleria fowleri is found in hot springs and warm freshwater, most often in the Southeastern United States. The amoeba enters the body through the nose and travels to the brain. There is no danger of infection from drinking contaminated water, the CDC said.

“This infection is one of the most severe infections that we know of,” Dr. Dirk Haselow of the Arkansas Department of Health told CNN affiliate WMC-TV about Kali’s case. “Ninety-nine percent of people who get it die.”

Dr. Sanjiv Pasala, one of Kali’s attending physicians, said doctors immediately started treating the girl with Impavido, an experimental anti-amoeba drug they received directly from the CDC. They also reduced the girl’s feverish body temperature to 93 degrees. Doctors have used that technique in some brain injury cases as a way to preserve undamaged brain tissue.

Several weeks ago, doctors checked the girl’s cerebral spinal fluid and could not find any presence of the amoeba.

Willow Springs Water Park in Little Rock is the most likely source of Kali’s infection, the Arkansas Department of Health said. Another case of the same parasite was reported in 2010 and was possibly linked to Willow Springs, a three-acre sand-bottom, spring-fed lake.

“Based on the occurrence of two cases of this rare infection in association with the same body of water and the unique features of the park, the ADH has asked the owner of Willow Springs to voluntarily close the water park to ensure the health and safety of the public,” the health department said.

The first symptoms of primary amoebic meningoencephalitis appear one to seven days after infection, including headache, fever, nausea, vomiting and a stiff neck, according to the CDC.

“Later symptoms include confusion, lack of attention to people and surroundings, loss of balance, seizures and hallucinations,” the agency website says. “After the start of symptoms, the disease progresses rapidly and usually causes death within one to 12 days.”

Here are some tips from the CDC to help lower the risk of infection:

• Avoid swimming in freshwater when the water temperature is high and the water level is low.

• Hold your nose shut or use nose clips.

• Avoid stirring up the sediment while wading in shallow, warm freshwater areas.

• If you are irrigating, flushing or rinsing your sinuses (for example, by using a neti pot), use water that has been distilled or sterilized.