FRIDAY 4/15/2016: OSPREYS PREYING: I heard an interesting report about

Below: Firstly, explain the initial intent ... then we'll discuss the choice of equipment.

Below: Formulating how he'll explain this to Geico. "And then I swerved to avoid a sturgeon  ... They're endangered, you know?" 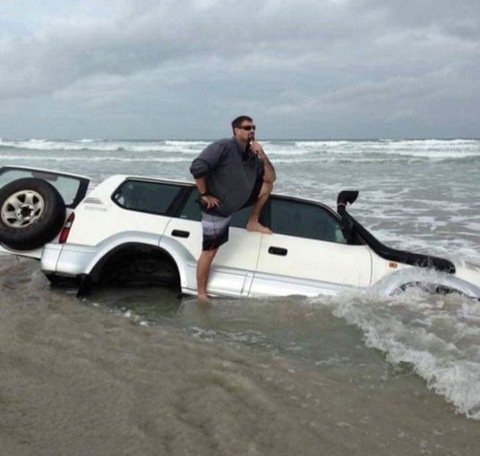 OSPREYS PREYING: I heard an interesting report about an eye-opening flock of ospreys continually circling over Lake Pohatcong, aka Tuckerton Lake. The raptors are merrily picking off the surface-oriented trout that have been stocked there. 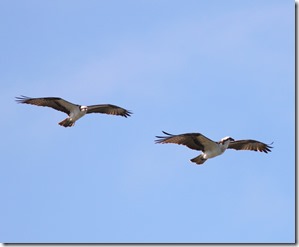 Why surface-oriented? The trout have learned, from their until-now lives at the Pequest Trout Hatchery, Warren County, to receive their handfed foodstuff as close to the water’s surface as possible. Oh, the high-tech Pequest trout feed sinks, it just seldom gets a chance to do so. In fact, if you’re a pond-wise hatchery fish, you learn to get your nose clean out of the water at chow time. So, now, the utterly-confused, just-transplanted fish are routinely hanging near the surface, knowing it worked great in the good old days -- like last month.

Below: Trout feeding frenzy at the Hatchery. 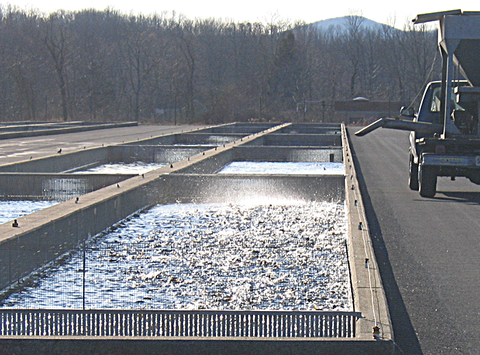 On the other talon, the eagle-eyed ospreys are super stoked over the surface-hanging stocked fish. Imagine such a soft-skinned, sweet-fleshed, surface-hugging meal smiling upwards like that. Who needs bunker?

Obviously, a balance will eventually be reached whereby a declining trout count won’t be worth the osprey-effort needed to circle – or fight the maddening crowd of fellow fish hawks.

So how many trout might the osprey take when compare to the number of fish stocked? I’m afraid I don’t have the time or wherewithal to hang along the lake’s public walkway and do a daily count. However, say we have 20 osprey taking maybe three trout each, per day. That number may be high, it may be low -- so it works. At three trout per day, 60 fish are taking a one-way flight, daily; that’s 420 trout-be-gone a week. That comes to, well, a goodly number of fish per month. 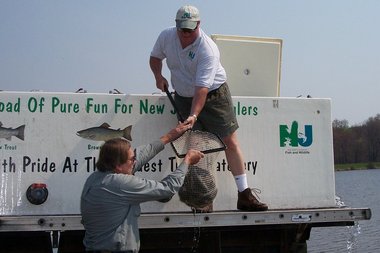 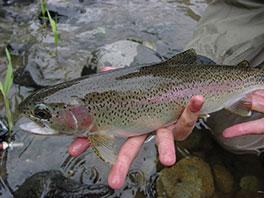 That said, far more fish than that have been stocked.

More importantly by my thinking, is the fact there are no headfast rules declaring the state’s farmed fish are grown and released exclusively for human utilization.  The hatchery itself states, “Pequest strives to teach … about a variety of natural resource topics - from fishing to forestry - in the hopes that visitors will develop the behaviors and skills necessary to become stewards of wildlife and natural resources.” You know as well as me, there is an ongoing, humanly-appreciated comeback of ospreys in NJ. I’ll venture to say a large majority of Garden State residents – countless bird lovers leading the pack -- would be just fine with farmed trout feeding both humans and wildlife. In fact, I think one of the main reasons Tuckerton has such a wonderful showing of river otters is the trout presence. You might recall the photo from last winter showing three otters frolicking on the frozen lake. 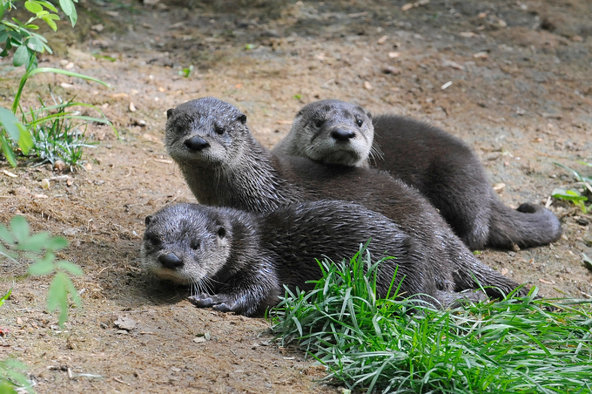 And I’ll bet the fish farm there isn’t a Pequest Hatchery soul who isn’t OK with their effort benefiting both humans and wildlife. At the same time, the Hatchery must fully discourage raptors feeding at the facility. Such over-easy grabs actually creates an unnatural feeding scenario that would come back to haunt the birds when later forced to fend in nature. 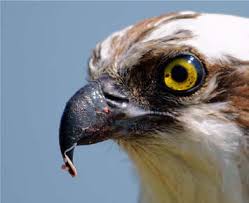 None of this is meant to reduce the angling element one iota. In fact, what kind of angler doesn’t enjoy seeing an osprey carrying a fish back to the nest or an otter zipping along the walkway? When it comes to tasty trout, it’s all good.

As to bass fishing, the River continues to rock it. I'm told of fine Mullica fish but
haven't
seen much photo evidence. Those upriver folks can be a tad photo-shy anyway. I'll (
quietly
) be fishing the landings again. I'd like to write on it but I'm being given some backyard accesses that I don't want to compromise. This current long-term batch of
sunniness
will
surely
be
activating
the bite on
artificials
.

The
shoreline weather
still looks near ideally bright for this weekend. The winds? Highly
problematic
. There's just no escaping spring windiness. I have to think bayside angling might actually take advantage of the onshore winds -- that could get into the 30-mph range.

Please drop me a line if you're dropping a line ... even if you don't hookup.

Down below you'll see a cool photo of a
beautiful
rockfish taken in the
Chesapeake
on a "kayak troll." This is an ideal time of year to troll via kayak. I do it by simply resting the
between
my legs and over my shoulder -- then paddling. There are now a slew of trolling holders for yaks. Plastic work perfectly providing the jigheads have syringe-
sharp
hooks.

distance
for us but this pic shows the set-up -- and results. Below: Some anglers even resorts to kayak trolling motors. No fair. 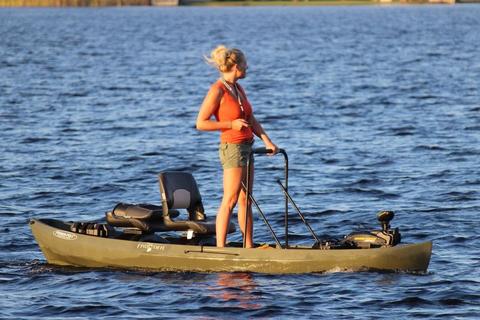 Below: Avery continues to rock the Delaware. He's a bit hush-hush about exact sites but those buildings in the background might be a tip-off. Just kidding. That background was Photo-shopped in ... or not. Another river fish ... looks like a line burn on belly. 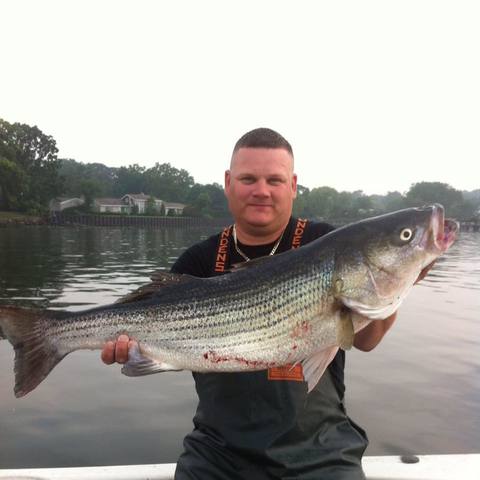 
Yeah, this definitely happened today. After putting in 20 miles, I finally found the fish, in a BIG way! A dozen fish, with the smallest at 33". Other than the monster I got a month ago, this is probably the biggest striper I've ever gotten. of course it was RELEASE

He swam away to eat another day!!

I can't help it I love Wood Ducks. "The Wood Duck is one of the most stunningly pretty of all waterfowl. Males are iridescent chestnut and green, with ornate patterns on nearly every feather; the elegant females have a distinctive profile and delicate white pattern around the eye. These birds live in wooded swamps, where they nest in holes in trees or in nest boxes put up around lake margins. They are one of the few duck species equipped with strong claws that can grip bark and perch on branches".

Below: What in hell has that been feeding on?! That's a midsummer belly on that bad-boy.

Tough start to the day but man what a trip it turned out to be. Below: Limiting out ... Guy musta never heard of catch-and-release. 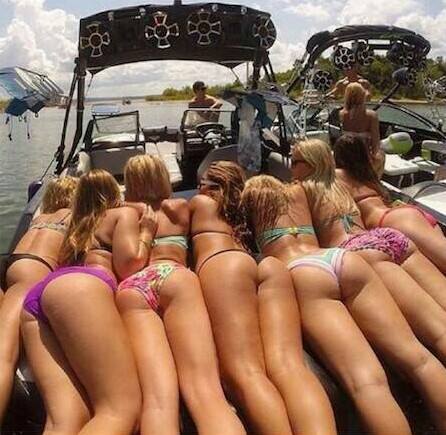 Volleyball time is upon us ...