Via Dante Soriente. Mike and his family hammered the kings today with a dozen and a half, 6 bluefish, a few spot, a few small fluke, and a blow fish. Little kids were great.

Friday, August 31, 2012: What the hell’s going on with TV? Is there some sort of an election or something?

One thing the convention hoopla won’t overshadow is the action heading east to LBI. Island roads are already bumpering up and air temps in the 90s will spark those on the cuff about coming down.

Virtually everything that had been biting is still biting. I got emailed the fourth or fifth photo of filled coolers – fluke, seabass, kingfish, blowfish combos. That’s just fun fishing – though I’m only know about to see time where I can cash in with regularity.

Look for a protracted period of swells from passing hurricanes -- well offshore (hopefully). 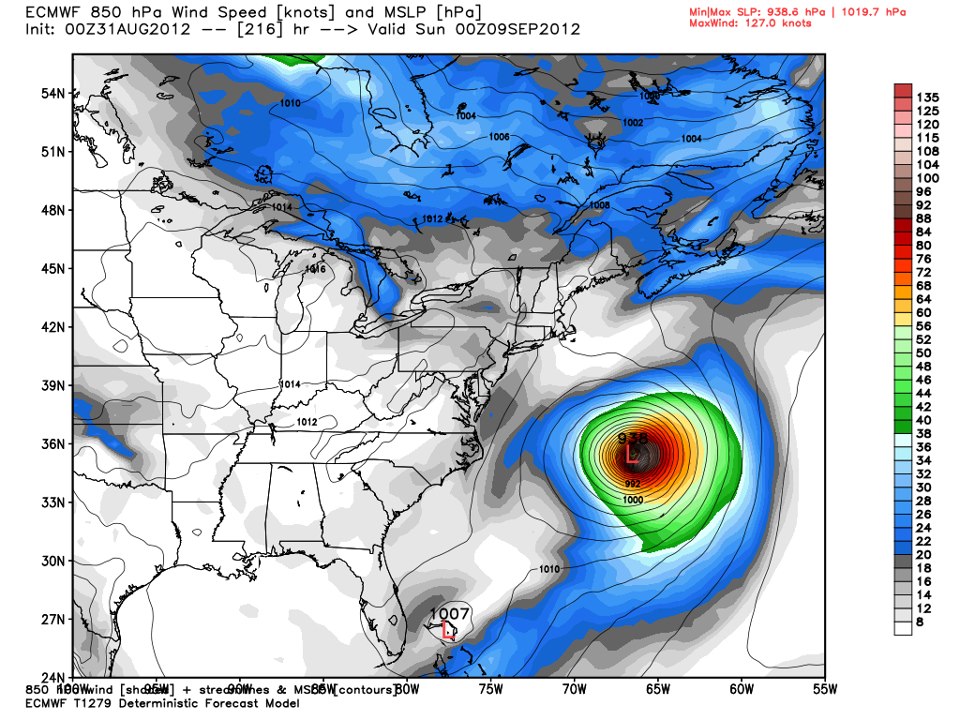 On a Holgate note, I want to emphasize to beachcombers that the south end will open tomorrow, right on schedule. You will be allowed to foot-access the end, beginning around midday tomorrow. In fact, I’ll bet the lack of buggies will greatly increase the number of folks making the 2-mile-ish hike to the end and around the west peninsula. What’s more, the boat people will likely be going crazy out there at the back cut -- anchoring up and picnicking away. If any of you boat folks are reading this, just remember that technically Rover is not supposed to be running around out there. My guess is Chris and Stu will be letting dog-bearers know that. Also, every year there are walkers who think the entire Holgate south end, shrubberies and all, is open. Fat chance. You cannot go onto the vegetated areas. Your tracks will give you away.

I got a bit of a chuckle from an email with a photo of a massive kingfish take. The funny part had to do with the angler reading about Gary F.’s visit here and his using fresh shrimp as bait for kingfish. Obviously, not many shrimp get used due to bait size. Well, this emailer decided to grab some Shop Rite medium shrimp and damn if he didn’t nail the kingfish. “I even got some with just a piece of shell on,” he said. Still, bait shop offerings remain the best way to go, as do premade kingfish rigs. 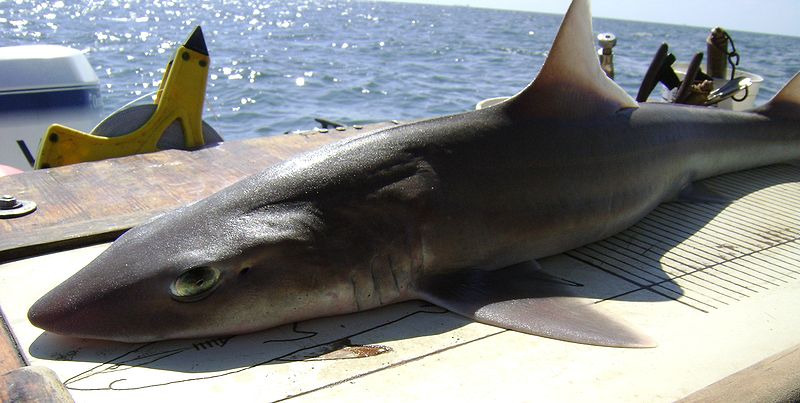 Odder tale of the day came via a cellphone photo of a smooth dogfish – or what remained of a one-time smooth dogfish. It had been bitten down to a quarter-length (head) in such a way that you could see the slight curve of the shark bite that had dissected it. It does give rise to the possibility of our larger sharks helping to reduce the number of dogfish. However, I’m guessing the semi-devoured dogfish was a DOA, one of many flung back into the ocean by surfcasters. With all the baitfish out there, a larger shark wouldn’t go to the trouble of chasing down a speedy dogfish. However, if a dead dogfish were just festering on the bottom, a quick bite would be irresistible to a passing shark. 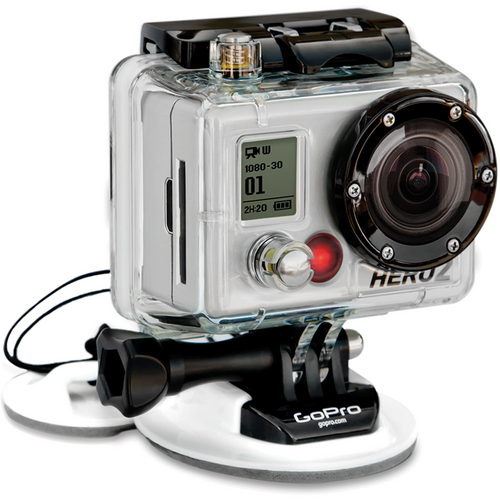 CAMERA READY: I’m perfecting using the rough-and-ready GoPro Hero2 mini-camcorder. I’m not shooting anything publish-worthy, just feeling it out, mostly via a dashboard mount on my truck. I made that improvised mount with sticky-backed Velcro strips and the black plastic top the GoPro unit comes packed atop.

I’m now proficient in getting it turned on and at the ready for shooting -- with a quick push of the topside button. A load of blinking red lights make it very easy to know when you’re recording. Readiness training is a must. You have to be well-tuned to your camera when that shot-of-a-lifetime rears up.

The GoPro’s high-def images are kick-ass. The fairly acute fish-eye lensing is oddly inconsequential. The peripheral gains from a wide-angle lens greatly exceed any distraction from minimal image bending around the edges. In fact, the image curvature adds an element of “being there” to the recordings.

The sound when the GoPro is in watertight case (Surf edition) is only so-so but there are ways to amp it up to near professional grade, via non-watertight cases and push-in micro-mics.

The greatest trait of this astounding camera is its ability, make that need, to go rough -- or to go home. It was literally designed by extreme sporters.

My first test of the GoPro’s kick-ass attitude will be attaching it to a heavy-duty surfcasting set-up – I’m talking 50-pound test and a “harpoon” bait stick  -- and casting it out, tied right next to my bait. I’ll finally be able to see what sashays on up to check out my bait. A single Scandisk can easily record 30 minutes of underwater time. That’s about as long as my ADHD allows me to leave bait out there. Using my laptop, I can reel in my GoPro and see what fishes I just missed. And if I do hook up – whadda show that’ll be.

Thanks again to Jim V. for donating that to my blog cause. 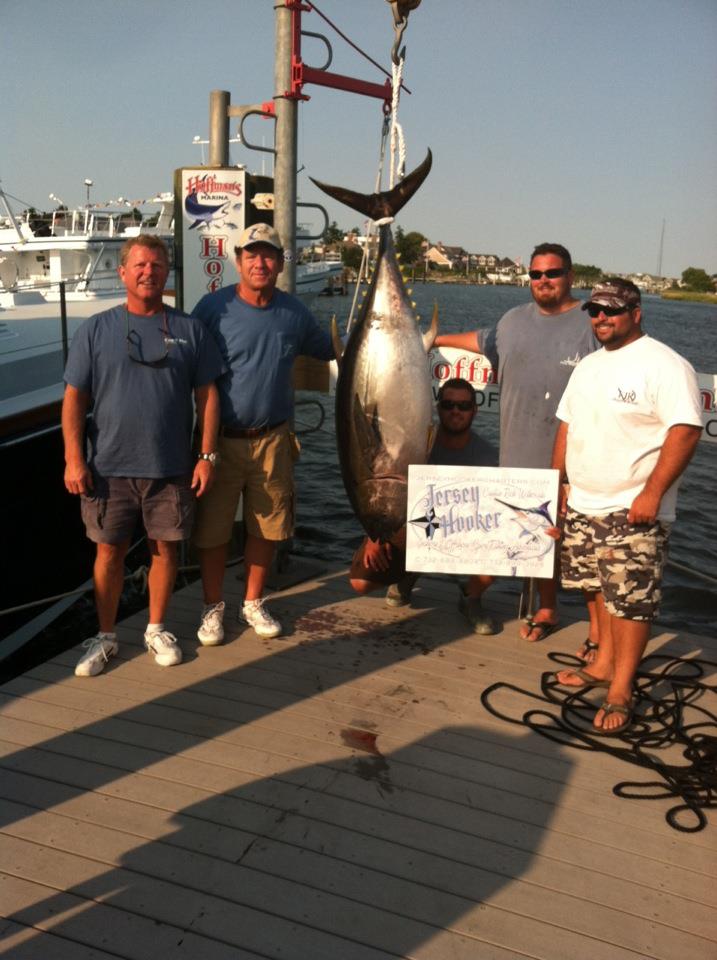 Sushi on the hoof. 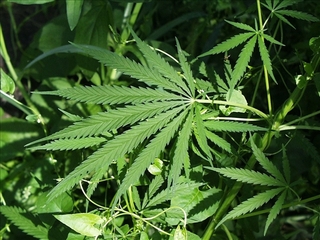 I’ve done so many dumb-ass things in my illustrious career, a.k.a. life, that it takes me a lot to ask someone else WTF(!) were you thinking!
I’m referencing Fred Scheimreif Jr, 46, Manahawkin, now in jail with a $25,000 bail, no ten percent. You may have read about this by now.
Fred’s woes began, technically, when Stafford police got word that some very nice shrubberies were being tenderly and c

aringly grown in the Manahawkin Trailer Park. No problem there, per se. The greenery was nicely displayed, in the open, for neighbors and friends to admire.

The problem for arriving cops was the nature of the plants: They be good-old, home grown mari-ji-juana herbs – and damn decent in size and girth.

Immediately seeing one MaryJane plant fully in view, incredulous law enforcers began sniffing around the premises and even the surrounding woodlands.

It became quickly clear that Fred had a flare for horticulture, quite the green thumb when it comes to certain herbaceous species. However, I’m thinking that when it comes to strategically placing, let’s say, certain more infamous herbs, he comes up a tad short on deep rootedness, if you get my drift.

Per the police report: “When police arrived a marijuana plant was observed in plain view. … in addition, (Fred) was growing numerous others in a wooded area at the end of Oxycoccus Road. The investigation yielded approximately 12 plants in all.”