TOTALLY CLASSIC,  April 11, 2013: Just a quick note to say the first meeting of the newly formed – and still forming – Long Beach Island Surf Fishing Classic “tournament committee” was long and very productive. Much of the time was spent hashing out  structuring the group and to assign subcommittees to address issues like sponsorship and marketing the Classic.

Initially, there will be 13 voting members of the Classic committee. However, the majority of those “members” are voting on behalf of entire tackle shops and clubs, meaning they bring what might be called a consensus vote to the table. This works exceptionally well since it allows numerous voices to be heard and considered before a vote is made. This further establishes the event as being angler run. Should it become necessary, additional committee seats could be added at a later date.

Though much of today’s meeting was a tad technical in nature – including pricing hats and such -- we did set the dates for the 2013 Long Beach Island Surf Fishing Classic.

“The LBI Surf Fishing Classic Committee is revitalizing their efforts for 2013, expanding the board, soliciting volunteers and seeking financial donations to make this island tradition stronger than ever.

If you look closely at the starting date, it’s a tad different than in the past. We will be starting on a Monday – the first Monday after the Merchant’s Mart/Chowderfest weekend. The Classic had always started on a Saturday.

This start date takes advantage of that high-energy weekend, without conflicting with the Chowderfest crowd. We had steered clear of that huge weekend since the roadways are packed and the beaches around Beach Haven are overloaded with tourists. There was the potential for nasty conflicts between beachgoers and buggyists. That quiet-down Monday looks like a perfect fit.

Technically, the event will remain eight weeks long since it had actually been running eight weeks and two days. We just shaved off that added weekend.

The Classic committee is meeting again in a few weeks. This allows the subcommittees some time to do their assigned tasks.

It is vitally important that we get the community at large to chip in and throw sponsorship support into the Classic. It is doubly important to do so now since we're once again preparing this event for the long haul. It might even be looked upon as the next great phase for a classic already approaching its 60th year. The next 60 can be even better.

As progress is made on this year's Classic, I would love to get input from all y'all. There's no better way to structure an event than making all participants -- or even just fans of the tourney -- feel like they're part of it. 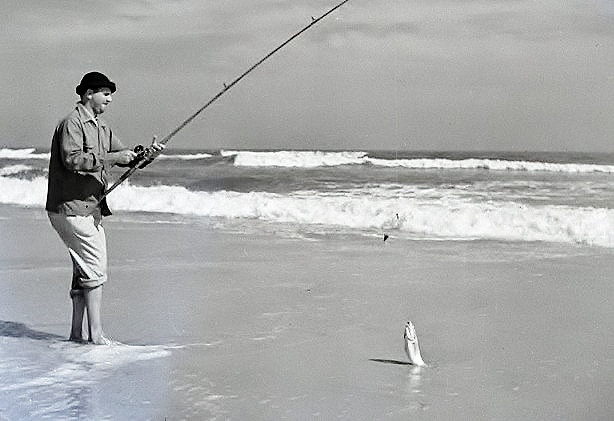