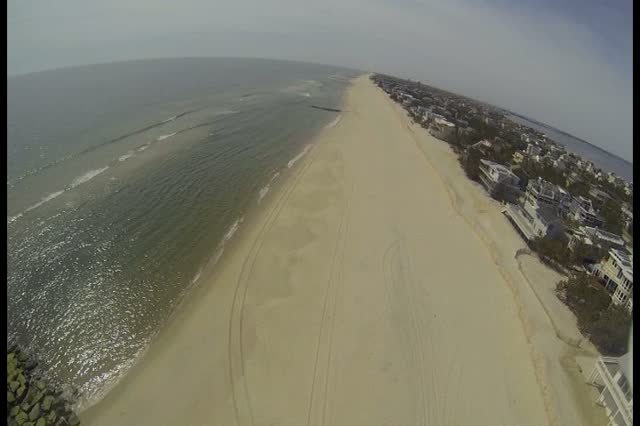 Losing Sleep for an Aurora Bullealis; I’d Love to Drone on This Summer 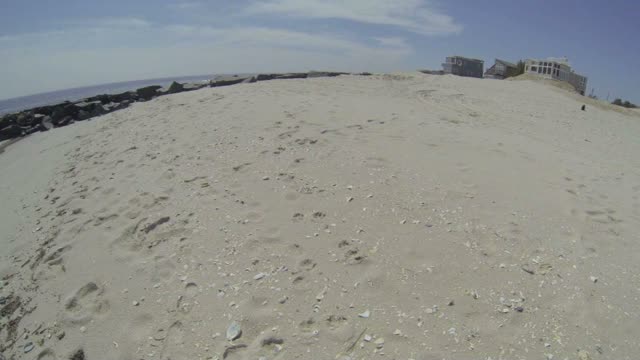 COME FLY WITH HIM: The fellow who got me into Go-Proing, Jim V., has gone to new heights in an effort to home in on videoing LBI from angles rarely seen, except by stunt pilots and, maybe, paragliders.

Jim’s initial test flights haven’t gone stratospheric, by any means. He’s been unpiloting along the lower air space of LBI, recording what he tells me are “boring” scenes of beach life down below.

They’re a long way from boring, my friend. To me, it’s mesmerizing to see hyper-common beachfront locales in a whole different light, so to speak. I liken such localized glide-along videos to those TV shows that offer tours of entire cities from the sky, with only mild music along for the ride.

Even more intriguing is the fact Jim’s drone is so low in altitude it captures images even low-flying aircraft can’t grab. Actually, it’s the look of the future. A drone in every home. Yes, I’m partially pondering investing in UAV building firms.

While Jim is most often on photographically aesthetic missions for his website, I instantly see an amazing angling angle in being able to sky cruise, low and slow. It would be a breeze to UAV out to, say, just past the sandbars. What a way to get a firsthand read on bunker balls, not to mention the comings and goings of game fish.

Perfect example: How many times have we buggied along the beach, hungrily eyeing insane surface action splashing about just beyond casting distance? Soon (for me?), a close-up look at a feeding frenzy could be a mere drone launch away. No, it won’t get me, bodily, any closer to the action, but simply knowing what’s eating what is hugely beneficial. To me, a close-up photo is almost as good as a hook-up.

I won’t even publicize the possibility of flying lures way out there on the bottom of a drone, bomb bay-like. Dare I mention that drones can easily be launched from boats? I can already hear the big-game tourney people shaking their “Oh, no!” heads. New polygraph question: “And did you at any time, prior to landing your $1 million tuna, utilize a drone to locate fish?”

As you might have guessed, I’m craving a drone of my very own. I’ll add a section to my website, jaymanntoday.ning.com, titled, “Come fly with me.” Coolly, I’m sold on naming my drone Major Tom. Can’t you just hear me now? “Ground control to Major Tom.”

WORMERS UNITE: Here’s a weirdish tale out of Maine. A war of glares and rake rattling is taking place in the Up-there State.

My buddies the bloodworm diggers are miffed in the mud over proposed legislation that would ban digging worms in certain conservation areas set aside for clam seeding. 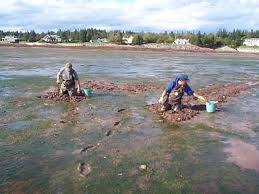 I doubt there are many places in the world where wormers and clammers are ready to take off the gloves to go at it. Considering the metal-toothed tools of both their trades, it could get utterly ugly if things ever reach a full-contact point. 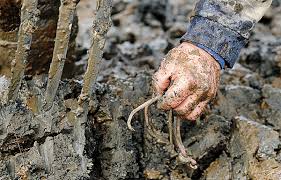 Having run the only locally dug bloodworm business ever known on LBI, I can say with irreversible certainty that turning over mud in search of bloodworms is ecologically beneficial. It is fully akin to turning turf for gardening. It busts up compressed mudpacks and aerates areas that have become either anaerobic or rancid. While “rancid” is my word, if you’ve ever smelled recently turned rotten mud, you’ll run with (and from) rancid.

In my 10 or so years of digging bloodworms, the mudflat areas I repeatedly dug always became richer and richer in benthic life, due solely to my aerating. Squares (digging zones) produced more and more bloodies the longer I tilled the soil, using applicable farming terms. 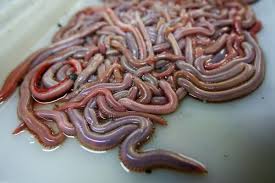 As for any clams I dug – and always released to help clean the arriving high-tide waters – they totally thrived in the mud I loosened. It actually freed them to more easily move up or down. It was a win-win. In fact, I’m sending Maine’s DEP a more technically written paper on this subject. The two user groups can surely prosper, hand in muddy hand. 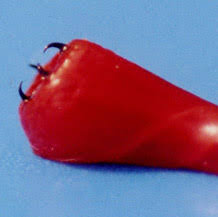 IN THE RAW: Shellfish beds in the Little Egg Harbor section of Barnegat Bay have reopened. This finally opens all legally clammable sections of Barnegat Bay to harvesting of hard-shell clams. Bon appétit. 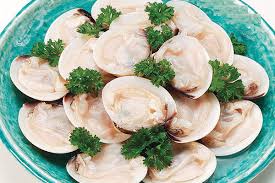 Point in the raw: When the first wave of sushi and sashimi cuisine inched in from Japan, Americans were fully icked-out, some repulsed, by the notion of anyone eating raw fish. It was damn close to uncouth. Wholly overlooked was the fact we, in America, had been eating raw clams and oysters – on the half-shell, technically still alive – for hundreds of years.

REVENGE OF THE BASSINESS: Bass bite is back with a vengeance. Actually, it’s not so much a vengeful reappearance as simply being where it should be. But since we’re all trying so hard to paint things with normalcy brushes, mere funnish stripering is worth a media alert. Be alerted: Bass are back in bays, beaches and inlets. 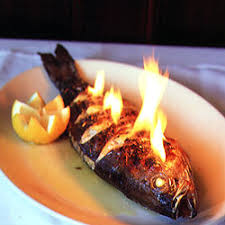 I even got four fishing e-reports, which is a boon. Most folks had stopped touching base with me when Sandy killed the 2012 Classic in its barely made tracks. I truly appreciate every e-word I get, be it about fishing, the great outdoors or even the damned freakiest things you’ve ever seen. 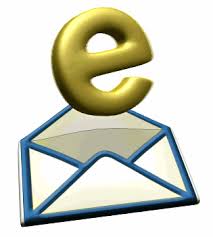 TACKLE DOWN: Many non-fishing communiqués in recent months have been along the lines of damage control, as related to salvaged tackle, resuscitated boats and the marvels of WD-40 as a stop-gap measure to at least slow down the worms of corrosion. Huh?

An ongoing and apropos question coming at me again and again: Why is it the juices from the flood seemed way more corrosive than mere saltwater?

I initially went with the less-toxic rationale, namely, most folks simply didn’t get to their goods in a timely manner – to rinse things down, per custom. However, in my case, I reached my tackle the day following the flood. I royally hosed things down. Weirdly, it didn’t help all that much. When I later returned to the rinsed tackle, the eating-away had carried on. There was surely something more sinister in this rust-making mix. 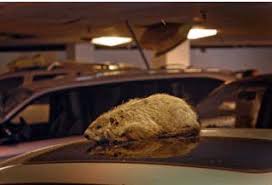 That heightened the probability that the corrosion was the result of chemical “extras”within the floodwaters. Homes and vehicles felt that eviler bite.

Chemically speaking, I think it had to do with escaped grease-cutting cleaners. I use stuff called Purple Power. A single capful added to a half gallon of water can still clean off an engine block. It loses very little of its degreasing oomph in dilution. Gallons and gallons of cleaning stuff went AWOL under Sandy’s reign. Even when a-mix with nature’s waters, those chemicals could instantly remove beneficial greases and protective oils from flooded-over objects, from furniture to fishing reels. They were essentially prepped for corrosion. 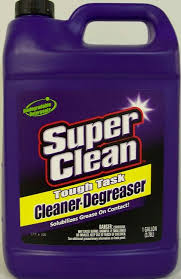 Whatever the caustic cause, many a caster is just now seeing and feeling the foul aftereffects of flood-fouled fishing gear.

FIX-UP TIPS: By the by, flood-chewed hooks and hooked rigs are almost impossible to salvage, especially if they’re still in the plastic or cellophane packaging. Problematically, they might seem to clean up, but the first kick-ass fishes will prove, at the worst possible times, the hooks had actually lost their solidity. They’ll all too easily straighten – or just plain break. Don’t risk it. Just nix ’em.

Flood-wounded plugs are highly salvageable, once you squirt off the rust stains with Whink, and also replace not just the hooks, but also the split rings. Speaking of which, many mass-produced plugs have piss-poor split rings, made of base metal. Replace with stainless rings. And use a split-ring opening tool when handling them. I’ve seen even top-notch split rings, vital to a plug’s action, bent out of shape by over-prying with the likes of a penknife. Once misshapen, they can screw up the treble’s waggle, part of a plug’s overall play. Also remember to replace a wounded plug’s lead swivel, a piece of tackle that can seemingly look fine on the outside while being terminally ill on the inside. 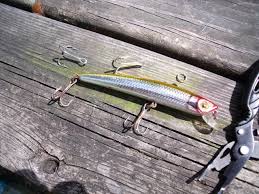 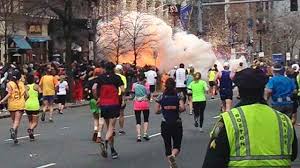 things in most daily lives are family and pets. That actually gives me profound hope in true humanity, as opposed to that we see in political circles – and the daily news.

That said, the Boston massacre was the first terrorist act I lived through within the Facebook realm and I clearly saw – and felt – how profound terroristic evil can instantly pierce the inner core of everyone’s lives.

That attack was domestic guerrilla warfare. Face it, the enemy is among us. However, we cannot get all paranoid and retaliatory. Both paranoia and the urge to blindly retaliate are just what the forces of demonic evil want. They literally thrive in that tar-black environment.

Nothing spooks terrorists more than being dragged into the light, i.e. being discovered. As cocky as they are behind a cloak of rat-like secrecy, they become proportionately desperate when taken alive. 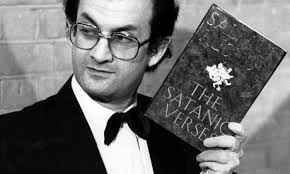 When they’re kept alive, the true low-lifedness of terrorists comes to the fore. They crack like thin ice, often giving up even their mothers to save their pathetic butts.

The less riled and overtly vindictive we are in the wake of the Boston massacre, the more confused it makes our adversary. Instead, we viciously fight back by quietly and confidently allowing forensics to work its bulldogged magic. 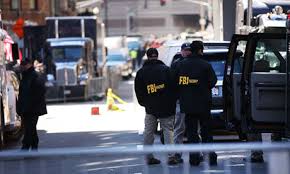 Forget bombing someone back to the Stone Age. Nothing makes America appear more dangerous than being on the intellectual hunt. I’m truly not being trifling when I relate it to the American Wild West tradition of sending out an almost machine-like, totally inescapable posse. The “We’re gonna get ya in the end” aura is truly terrifying to terrorists. 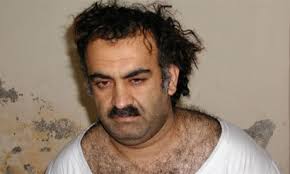 AURORA BULLA: I was fully fired up to take in the predicted Saturday night aurora explosion above N.J. After I’d been fooled for years into peering into black skies in rapt anticipation of never-arriving meteorite showers, the cruel powers that contrive bogus sky events knew I wouldn’t again be tricked into staying up all night waiting for “shooting stars at a 10-a-minute rate.”

They, themselves, then stayed up for nights on end devising some new, hitherto untried subterfuge to make me sacrifice a night of beloved sleep to blindly stare into the heavens at do-nothing skies.

Transcribed minutes from their last meeting: “This is gonna be tough. How do we fool him again? He got kinda pissed after that ‘meteorite shower of the millennium’ thing we pulled off last time. It was kinda strange that was the only night in over 10 years when there wasn’t even one single meteorite detected. High five.”

“Hey, I got a wild idea. Forget the shooting stars. Let’s say there will be a massive aurora borealis!”

“What? He’ll never fall for that. Besides, there’s no way to predict an aurora.”

“Nobody knows that. We just have to very convincingly pretend one can be predicted. Get this; we’ll claim there was this solar flare thing that actually launched an aurora. Quit laughing. I got some friends over at AccuWeather who’ll help us out. This is gonna be great. He’ll be up till the crack of dawn looking for phantom auroras. And on a church night, no less. Knuckles.”

Bastards! I’ll tell you right now, if I ever track them down, they’ll be seeing stars.