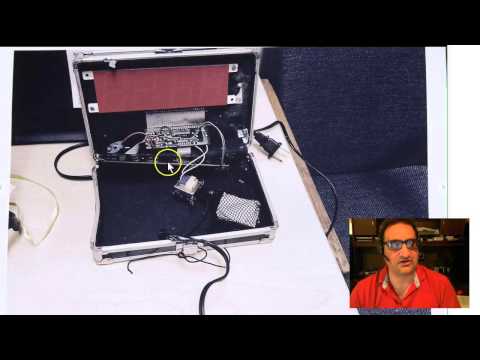 SOMEBODY CLOCK THAT KID: Growing up, I recall many a pier and bridge that had “No Fishing” signs all over the place. I’m betting many still do.

Oddly, those sites jumped back to mind as I tried make a connection with a recent, hugely-bizarre news story … a news story you’ll instantly flash upon, as I share how I can now openly fish in those barred places. Apparently, all I need to do is take a clear fishing lure, place some low-power LED numbers inside, add a battery, and seal it shut. Presto change-o, it is no longer a fishing lure but “a clock.”

“No, officer, I am not technically fishing here, I’m just inventively casting my ingenious clock into the water … for a school project.”

You must have heard about the 14-year-old Muslim school kid, Ahmed Mohamed, who brought an “invention” to school that looked so much little a bomb his teacher threw herself on top of it and told the rest of the kids in the room to save themselves.

OK, so maybe that’s not quite how it happened but the teacher was freaked enough to call in the troops. The teen was duly arrested.

In a freedom-of-inventiveness vein, I mocked the arrest – at first. Then, I got a close-up gander at the alleged “invention.” No way, dude. That’s a dummy bomb, if ever; presented by an alleged genius.

The wise-assed kid did nothing more than dissemble an everyday RadioShack alarm clock, embedding the exploded clock’s parts in an attaché case-type pencil box. He then pimped it out to pretty much look like your everyday urban terrorist bomb.

It exploded into his 15 minutes of fame, likely as he planned it to do.

The so-called invention was sub-amateurish; nothing more than a box filled with sundry electronic and computer components -- many of them nonfunctional, including an empty 9V battery connector. What’s more, the slapdash device is powered by household current, something no inventor in his right nondenominational mind would do in an experiment.

What’s more, in interviews following his arrest and release, the teen made a subtly incriminatory statement when he told The Guardian, “In middle school I was called a terrorist, called a bomb maker, just because of my race.” Just like that, his so called “innocent” clock stunt suddenly has revenge beaming forth from it.

Mohamed’s clock was not made for telling time but for evoking shock and awe.

However, if we want to rate Mohammed’s invention on that shock and awe value, he might deserve the instant-invite he has gotten to MIT. Yes, he did. Now, elsewhere, a kid has invented a humanoid automaton capable of making and serving delectable soufflés and he’s still on the MIT waiting list. Maybe if his robot had a bootleg LED clock in his chest …

My guess is Ahmed Clockmaker is now internally laughing over how many people were too stupid to see through his terrorism-mocking stunt. Oh, I should note that President Obama has invited Mohamed to bring his invention to the White House for due presidential acknowledgement. Hmmm.

(I hate when people play stupid just to be politically correct.)

Yet another reason why men hate windy non-fishing days ... 9/22/15: There is no good news on the wind front. The northeasteries will rule the skies through Friday -- with daily gusts to well over 20 mph. Then, come the weekend, far more troubling east winds will prevail. The easterlies blow directly onshore and perpetually present flood problems, as they push ocean water into the bay then hold it in place through the tides, something I refer to as stacking, though that is likely not a proper technical term.

I imagine some anglers will eventually get bored silly with these winds and face-off against the onerous onshores. Good luck -- and dress watertight.

There could very well be big bass in them-there suds. Let me know because I'll be out digging artifacts over on the mainland.

I'm more than little disgusted that this blowout is happening at the height of the mullet run; confusing the water so badly even the mullet are bouncing off the bottom. Of course, it means many a mullet that would have been netted will now make it as far as NC before being eaten. Enjoy your reprieve.

For me, I'm now banking on doing decently well with my once-a-year blog fundraiser, which commences (and ends) with the LBI Surf Fishing Classic. 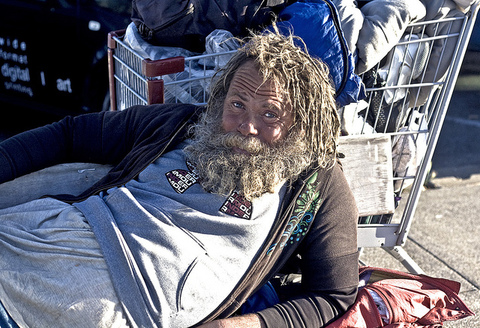 Prior to the blow, cocktail blues finally started to make their two-pound presence known from Barnegat Inlet southward, along the beachline.  Oddly, these fish were sorta thin. I can only guess the warm water has their metabolisms sky-high. They are burning off food as quickly as they catch and digest it.

Bassing might benefit from the northeast winds. There had been a night bite of keepable stripers but a blow like this can confuse migrating mullet, making them vulnerable to generally slowish stripers, helping the day bite.

It could be awhile before we can think panfish in the surf.  The waves have to be down to near nothing to properly target soft biters, like kingfish.

The bay is still alive with juicy blowfish. Feasts are being had by those targeting these puffers, using chum.

Spike weakfish are being taken by boats working just off the beach. They may still be there for fun-fishing when the swells die down.

Hear that?  That is the sound of the fat lady singing to the end of our 2015 fluke season.  With the forecasted strong NE and E winds and the seas continuing to build through Saturday fluking is pretty much done.  The ocean is in the mid to low 70’s and it will likely stay that way for a while.  But that is OK, because some of visitors from the south should stay here after the blow.  Visitors like Spanish Mackerel which are around this year. Sunday morning Dave Werner was on board for an inlet / ocean trip.  Before sunup we found slot bass willing to smack our poppers.  After that we found some bird play about a mile out of the inlet. Seeing two Spanish mackles bullet out of the water I busted out the trolling gear and Clark spoons. We worked the area for about an hour and boated three nice Spanish Mackerel, a fish I have not seen in our waters in quite some time.  Attached is a picture of Dave and yours  truly with some of the macks.  After that we found the beach front along Barnegat Light going off! For countless blocks there was hundreds upon hundreds of birds diving as mostly small blues tore up rainfish. There were some false albacore in the mix but the best we could do was lose one.  Even trolling @ 9 mph the small blues were hitting the spoons intended for albies, ugh. With the Spanish mackerel and false albacore around the fall run is already shaping up nicely.

I am now booking for the fall run but still have some prime dates open.  Contact me to get in what looks to be a great fall run. 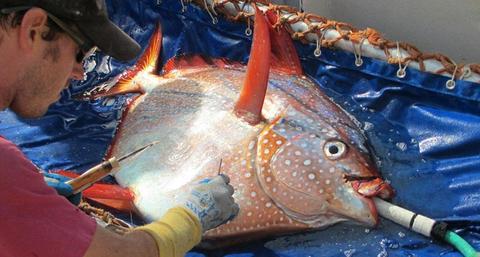 NOAA scientists have discovered the ocean's first fully warm-blooded fish. The opah, also known as the moonfish, maintains its body temperature by circulating warm blood through its body.

The opah roams the depths of the ocean, where most of its neighbors are slow and sluggish. Unlike its friends, the opah constantly flaps its fins, which heats up its body and fuels its metabolism. In turn, it also has a distinct predatory advantage, as the opah can move more quickly than other marine predators.

"Before this discovery I was under the impression this was a slow-moving fish, like most other fish in cold environments," said NOAA's Nicholas Wegner, the lead author of the new study. "But because it can warm its body, it turns out to be a very active predator that chases down agile prey like squid and can migrate long distances."

Wegner and his team unraveled the opah's mystery by attaching temperature monitors to opahs off of the western United States. As the fish dived to the depths of the ocean, their body temperature remained considerably warmer than the surrounding water temperature.

EYE OPENER: Think you can identify which species of game fish these eyes are from? See all of them here: http://fishtr.hk/1L34Y9y

Can you guess the species of fish by looking at just the eyeball? Got this 23 incher from the surf yesterday in about 2 feet of water. 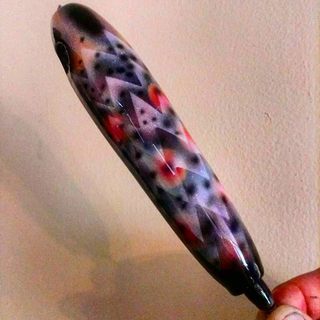 Winding Down the week-end.......just out of the fridge, been chilling since the start of the Eagles (torture) game !!! 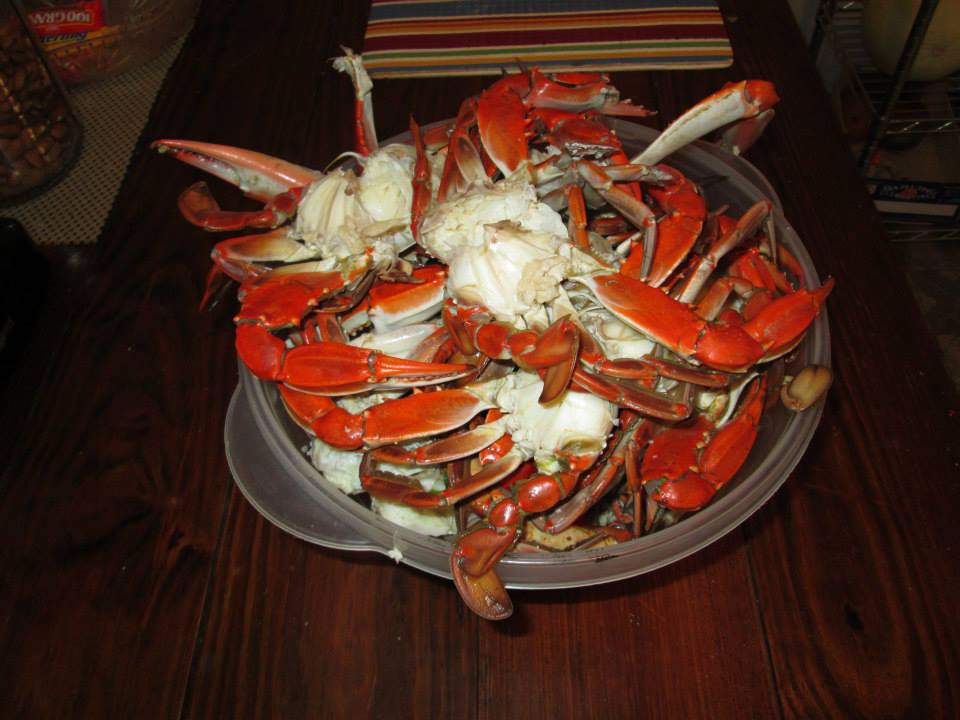 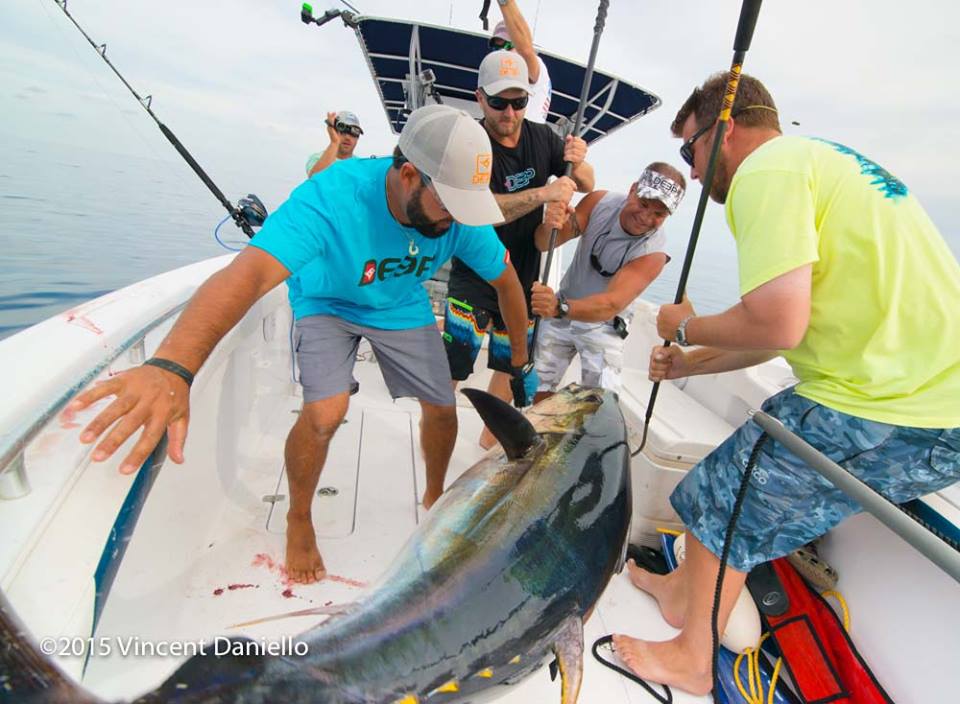