Sunday, December 02, 2012: It’s already tough enough trying to get in some boat fishing, then nature leaks in and royally fogs things up. There were some zero visibility conditions reported i… 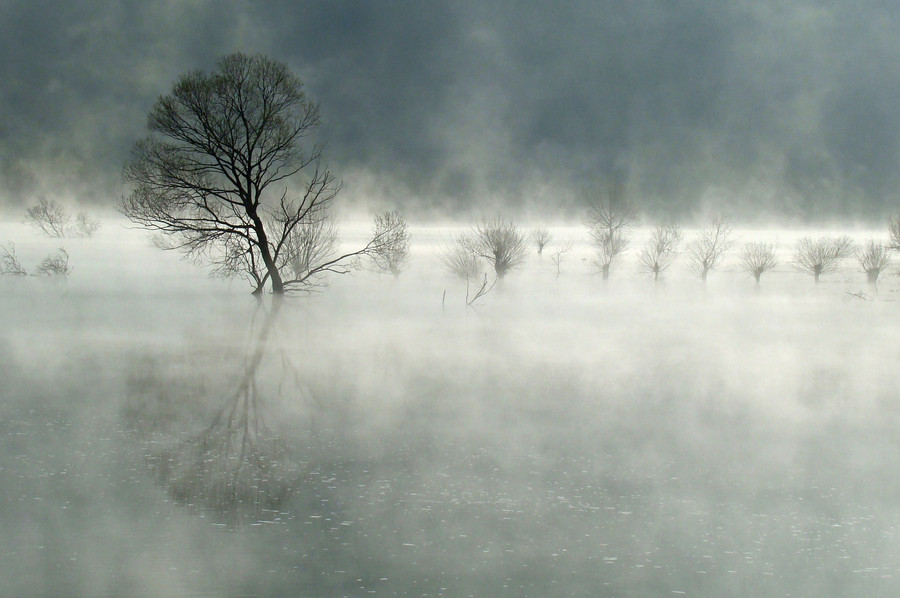 Sunday, December 02, 2012: It’s already tough enough trying to get in some boat fishing, then nature leaks in and royally fogs things up. There were some zero visibility conditions reported in our area.

By midday, there were some fishing vessels bumping around inlet areas. What little radio chatter there was – and those folks I got through to – indicated the same old story of feast or famine fishing. That’s kinda normal for the “schooling” season, though the type of bait or lures also looms large. 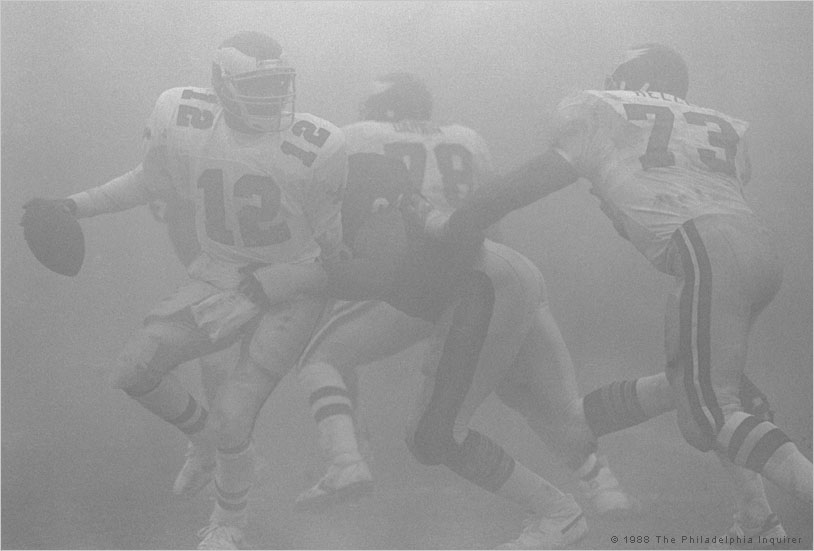 A couple fellows at church today told me they caught a couple take-home fish yesterday. One angler had a lone keeper out of “over a dozen” hookups. The other had one of those famed “fish on” events within minutes of first casting out, landing a 32-incher. Then, he had nothing but big skates until he ran out of patience. 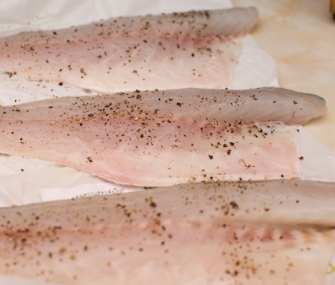 Both anglers were using thawed bunker. That might explain the skates, which can smell things going bad from a mile away. 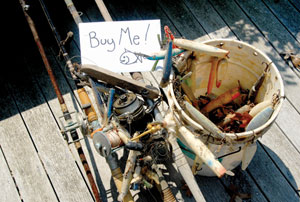 MORE FLOOD LOSSES: I had the first of what I fear will be many, “I can’t believe they threw away my fishing stuff!” stories.

The now low-on-gear angler had allowed folks (I won’t get specific here) to begin the post-Sandy garage cleanout process. The throwers-out knew where begin began but weren’t real sure at what point begin began overstepping its boundaries.

No, they didn’t throw away the rods and reels. But, three “loaded” tackle boxes hit the road, because, he was told, “they were totally soaked inside.”

I had no qualms about commiserating with the angler, as we fast-factored that quite easily a thousand dollars worth of fully salvageable plugs, Hopkins, Avas and assorted tackle had been sent packing.

The angler then turned his pissedoffedness toward the “vultures” (his word) who must have scavenged the curbside tackle boxes within a 24-hour period – when the angler finally got down from the city.

In a more upbeat direction, I have a few reports of “found” tackle boxes, as people get around to finally sorting through garages and basements unprobed for many a decade. In one instance, granddad’s fishing rear from the 1940/50s was found tucked way back on an upper shelf in the garage. He had essentially hidden it from the kids, obligingly responding to grandma’s terror that “someone could lose an eye” should the box’s hook-laden innards be loosed. There was nothing real valuable in the box but a second nearby metal box indicated granddad was a huge fan of the horses, borne out by bundles of newspaper “race results” clippings. Many of the old clippings had particular winners circled in pencil. There was also a load of granddad’s little notations. I liked one that read, “I got Christmas covered!” There were no dates but it has been quite some time since virtually all daily newspapers faithfully carried horse race results on the tail end section of the sport pages.

By the by, there are many antique dealers, consignment shops, auctions and such interested in quality old stuff. Obviously, we’re not talking flood-damaged goods. But, from what I’ve seen, many a valuable is being launched in an odd form of guilt by association – if not full-blown collateral damage. Despite graphic warning about “junking,” the streets remain alive with grabbers, some in very new vehicles, including a brand new black Escalade that has been working the streets of Ship Bottom.

And, damnit, I can’t fully blame those pickin’ folks. I’ve been over to the crushing grounds off Stafford Forge Road where relatively unsorted mountains of Island and mainland storm stuff is being “reduced in volume” for shipping out to Ohio.

In some way, those people PO’ed at pickers are saying, “If I can’t have it, no one can have it.”

I most like towns like Ship Bottom where the public works folks are meticulously going through each curbside heap pulling highly recyclable – highly valuable -- scrap metals. This maximizes what the towns can make toward astronomical cleanup costs.

As the 2012 fishing season comes to an end, the captains of the Beach Haven Charter Fishing Association are wistfully putting their boats and gear away for the winter and planning already for the 2013 fishing season.

Captain Jimmy Zavacky who runs the “Reel Determined” reports his boat was undamaged from Hurricane Sandy. He temporarily moved the boat to Waretown where he experienced some good striped fishing out of Barnegat Inlet. He will be pulling the boat out of the water in Beach Haven soon for its winter’s rest.

Captain Fran Verdi of the “Francesca Marie” out of Cedar Run truly symbolizes the spirit of the captains of the BHCFA.

Fran had over 30 inches of water in his house in Cedar Run that sits about six feet off the ground. There was 2 inches of mud in the first floor. With much hard work and some gracious help he now has his house cleaned out and power restored to the house.

Captain Fran put the “Francesca Marie” back in the water the night before Thanksgiving. He has already put a goodly number of striped bass in the cooler. He plans to run a few more trips for bass and even some wreck fishing for blackfish.

Captain John Koegler reports he has put his boat, “Pop’s Pride,” to bed for the winter. With the weather creating so many unfishable days since Hurricane Sandy, he decided to cease operations until the spring.

Captain John says the Holgate Wildlife Refuge appears to be changed with a couple of over-washes still open. In addition the north cut from the bay to the ocean looks closed with some changed offshore sand bars. He also believes the sedge banks near the Rutgers Research Station are greatly reduced.

Captain John Lewis has put his boat “Insatiable” away for the winter and has created a new web sitewww.insatiablesportfishing.net  Captain John has been busy doing boat deliveries in the off season going to North Carolina and Florida as well as several shorter trips.

Captain Lindsay Fuller has just moved his boat “June Bug” down to Manteo, North Carolina, where the boat will spend the winter. Captain Lindsay usually has his maintenance work done there and gets in some bluewater fishing out of Oregon Inlet.