Sunday, January 12, 2020: It’s noon and my fairly accurate truck thermometer is taking a 67-degree reading outside. Mainland areas are pushing 70. Don’t want to say I told ya so but … We will stick w…

Sunday, January 12, 2020: It’s noon and my fairly accurate truck thermometer is taking a 67-degree reading outside. Mainland areas are pushing 70. Don’t want to say I told ya so but …

We will stick with the winterless feel for a few more days (50s) before we dip into a stint of normal winterness, with a couple nights going mid-20s. Still, that’s not even close to deep-freeze times. Those rock-solid chills could come next month based on a couple projections. However, we’re so close to a temperature demarcation line that we could just as easily drift to the milder side of things. Also, 30-day forecasts are about as accurate as fishing predictions – which, by the way, I predict as being unseasonably good to almost great as of today.

There are not only small stripers still cruising the beachline, but I even got a report of over a dozen taken in a single session, on jigs and plugs, by a single caster, albeit a highly skilled caster, i.e. not me.

Today should offer some good backing winds to the many anglers down for the weekend. I guess the report of mild weather attracted a slew of folks who would otherwise hang back home. Since there isn’t a major fight for angling room right about now, I’ll burn an area by saying that Harvey Cedars has been epicenter for this rare January bass bite.

Where do those near in bass go from here, come coldness? I’m told the fish here now simply slink pretty much straight off, into deeper water, where the thermocline offers milder temps down deep.

Bass feed steadily all winter, taking in bottom crustaceans most of the time though rising up into cold water lenses to nab sand eels. Come spring, the local bass head for spawning grounds, likely up in the Hudson, though a case can be made that the Delaware has a spawn. While some anglers and researchers claim the Mullica River estuary system has a striped bass breeding biomass, it sure doesn’t show with young-of-year showings, which are minimal in seine pulls.

DOWN SOUTH: Per usual, I’ve been Holgating with relative regularity. Not that there’s a whole ton to see. Birdlife is scant, almost to a spooky degree. Rat gulls are around in usual numbers, but raptors are down to one large perpetually-cruising resident hawk. Snow bunting are barely showing in this their favorite time of year.

I did get word from Tom B. that he and his wife spied at least half a dozen seals heading up in Little Egg Inlet near the Rip. These are surely harbor seals. I hope to get some pics, providing I come across the seals doing something photogenic. I have a photo obsession with capturing odd and unusual looks. Seals don’t always offer such, short of highly appealing doglike faces that all but shout “Pet me” -- at which time they’ll not only tear off huge chunks of your hand but will introduce ferocious bacteria into the wound, which can be fatal in the long recovery run.

Clamming has been decent, though they’re sure not jumping out of the mud. This time of year, the clams are deeper down, meaning my killer Ribb rake, known as the “Snapping Turtle” is put to the test.

I’m seldom a keyholer, i.e. looking for air holes made by clams. I instead do the old Northern 40 plowing. It’s great exercise, though after an hour or so the aerobic novelty wears thin. I’ve been easily nabbing my 150 in that time slot – tides permitting. Coming off a full moon, tides have been running quite low, which opens plenty of ground. Holgate’s fully natural clams are the best clams anywhere. I have been finding an occasional striped clam – yes, I’m serious. Those are the hybrid clams being hand-raised in the southern part of Barnegat Bay. I'll be doing a larger story on B-Bay aquaculture, 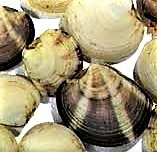 HOLGATE HOOPUP: I met the new head of the Cape May Bird  Observatory (https://njaudubon.org/centers/cape-may-bird-observatory/) Brett Ewald. He was cruising Holgate looking for a rare species of sparrow.

Believe me, you need to be a mighty keen birder to differentiate between the dozens of sparrow species and subspecies that might be a-flit hereabouts, though winter does somewhat downsize the population of these ubiquitous little Passeridae. What’s more, if seeking to photograph wintering Vesper, Harris’s or Brewer’s sparrows – just to name a few of the rarest types -- in the Holgate high grasses, you better be quick on both the focus and trigger.

To most of us, the all-too-common house sparrow is all but underfoot on a daily basis. This is due to its unusual and highly survivalistic trait of hunkering up to mankind like few other birds. Calling it the most common bird in the world, the Smithsonian (www.smithsonianmag.com/science-nature/the-story-of-the-most-common-...) notes “The house sparrow depends on humans to such an extent it might be more reasonable to say it is native to humanity rather than to some particular region.”

I bring up this common sparrow species to hint at the complexity of seeing through the forest of house sparrows to pick out remarkably similar but rarer breeds. Many of the rarer sparrows are wilderness types, as opposed to mandkinders. 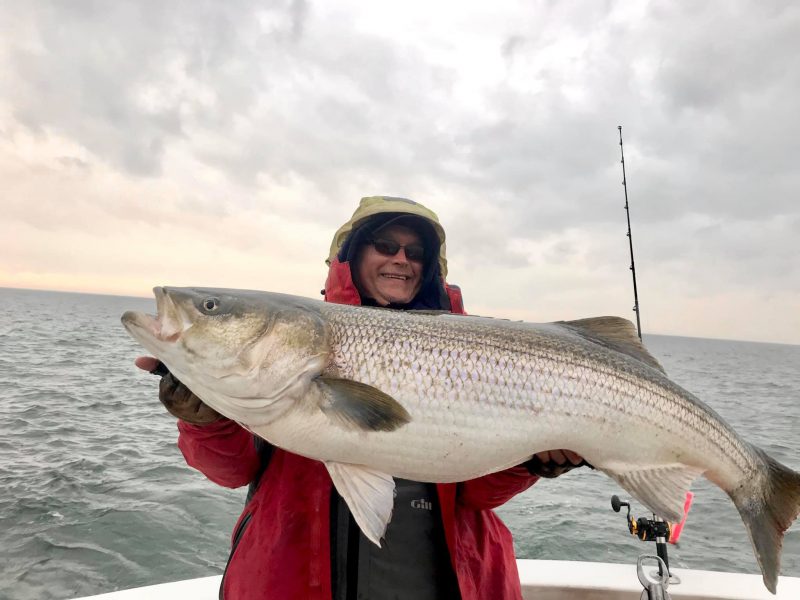 With a headline that stopped many striper fishermen in their tracks, the Virginian-Pilot reported yesterday of a “world record striped bass caught and released off Cape Charles.” The striper, however, is not in the size class of the current 81.88-pound IGFA world record striped bass caught in Connecticut in 2012. Instead, the 48-inch striped bass caught and released by West Virginia angler Alex Foster, while certainly a big striper, nabbed the IGFA’s All-Tackle Length Release Category, a category created in 2011 that hasn’t received the same attention as their weight-based record categories.

Foster’s 48-inch striped bass is expected to replace the current C+R record of 46 inches, caught off NJ by Captain Frank Crescitelli. The 48-inch mark is certainly vulnerable, as we have multiple striped bass over 50 inches caught and released in our Striper Cup tournament every year. The next record holder could be you, if you’re willing to take the time to meet the IGFA’s requirements, purchase their $49 ruler, and pay the associated fees.

Or, you could go after the bluefish record of 34 inches, currently held by “The Chicken Man” Wade Boggs. Then you’d be able to say that you beat Boggs.

I had the opportunity to work a field season for NJ Fish & Wildlife, during which I helped monitor threatened species of shorebirds as they embarked to nest on the crowded summer beaches of New Jersey. It inspired me to do a lot of painting!

There was one particular oystercatcher named T2 – his moniker based on the unique set of color bands attached to his legs for the purpose of tracking his life as an individual bird. From the time that he was banded in 2007, T2 and his un-banded mate had not been able to hatch a single chick. Nevertheless, the pair would explode back on the scene each March in Barnegat Light, loudly broadcasting their arrival and going no-holds-barred while performing their territorial displays. T2's resilient spirit made him well-known, well-loved and widely rooted-for by those familiar with his story. After a decade-long struggle, the stalwart pair finally fledged two chicks - also banded.

It seems that T2's life's work was complete. The following spring, as everyone anticipated his arrival, it was eventually discovered that although he had successfully migrated back to Barnegat Light, he perished soon after his arrival. You can read all about it in this post by Conserve Wildlife Foundation of NJ.

My website where you can view my other artwork or link to my online print store:

Distracted driving continues to be the leading cause of fatal accidents in New Jersey, outpacing driving while intoxicated and speeding, according to a newly-released State Police analysis of crashes that took place on Garden State roads during 2018.

Separately, data maintained by the state Department of Transportation shows that there were roughly 1,400 crashes related to cellphone use in 2018, nearly 75% of them involving handheld devices. Only one fatality is listed among the incidents, but 503 injuries were also reported.

Some holdover 2019 LBI and area photos: 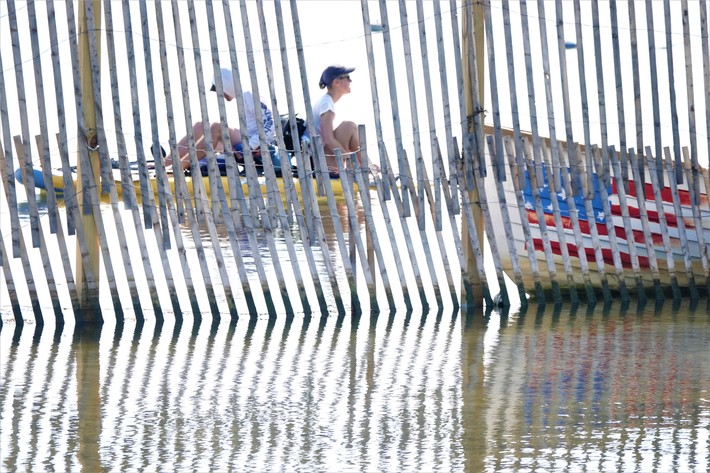 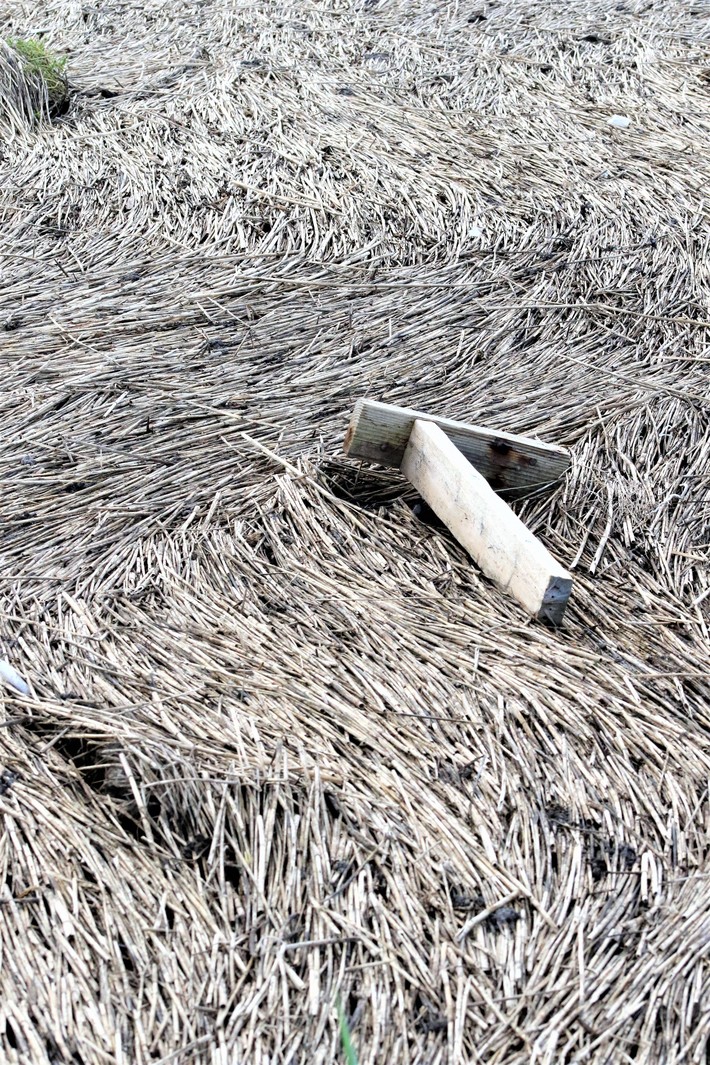 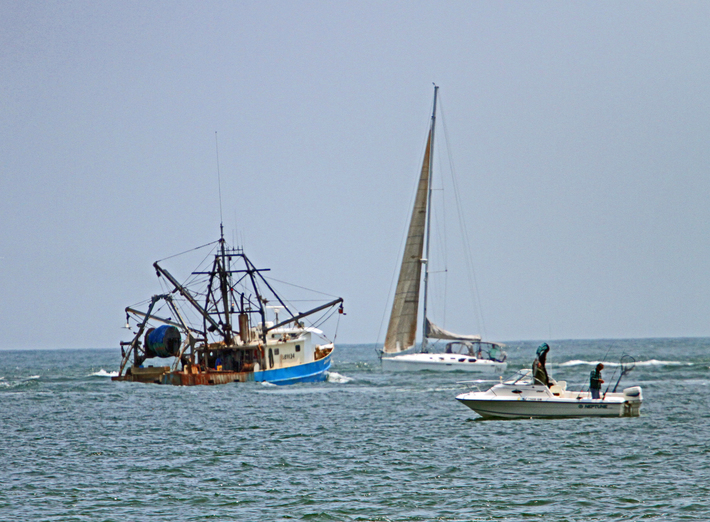 Ocean Cleanup has been hard at work on creating a device to attack the plastic waste crisis for seven years, by creating a device that captures plastic in its fold like a giant arm, according to Business Insider. The company announced that it was able to capture and hold debris ranging from large cartons, crates and abandoned fishing gear — or "ghosts nets," which are a scourge to marine life — to microplastics that are as small as one millimeter, according to an Ocean Cleanup press release.

"Today, I am very proud to share with you that we are now catching plastics," Ocean Cleanup founder and CEO Boyan Slat said at a news conference in Rotterdam, as CNN reported.

The system's success in capturing microplastics came as a welcome surprise since microplastics tend to fall to the ocean floor rather than float on the surface, according to the press release. Since microplasitcs tend to sink, Ocean Cleanup focused on large pieces of plastic.

Slat posted a picture on Twitter of collected debris along side a forsaken wheel.

The Ocean Cleanup device is a U-shaped barrier that drops a net below the surface. As the current moves, the net traps faster moving objects that float into it. Fish, however, are able to swim beneath it, according to CNN.

Slat first presented the concept of a giant barrier near the Great Pacific Garbage Patch in a TEDx talk when he was 18 years old. But the project has been slowed by some spectacular failures that Slat and his team learned from. Last year, a design flaw stopped the barrier from holding onto the plastic it captured and a 59-foot section of the barrier disconnected from the device. In its next attempt, the design team noticed that plastic was floating over the top of a cork line that was supposed to stabilize the system, as Business Insider reported.

The team also noticed that the barrier, known as System 001/B was picking up speed from the ocean currents that outpaced the plastic litter. Therefore, after some rethinking and some upgrades, the device was slowed down by a parachute-anchor. That allows faster moving plastic to float into the barrier. After the parachute-anchor was on, the team fixed the corkline so very little plastic was able to pass over the top of the barrier, according to Ocean Cleanup's press release.

"Our team has remained steadfast in its determination to solve immense technical challenges to arrive at this point," said Slat in the statement. "Though we still have much more work to do, I am eternally grateful for the team's commitment ..."

The Great Pacific Garbage Patch, which is twice the size of Texas, is a swath of plastic debris brought together by the ocean currents and kept in formation by a whirlpool of currents, as The Guardian reported. Ocean Cleanup now wants to scale up the project so it can hold plastic for a year before collection is necessary. It has the goal of removing half of the Great Pacific Garbage Patch.

The Ocean Cleanup said in its press release that it will now start on its next iteration, System 002, a full-scale cleanup device that will endure rough ocean conditions and retain the collected plastic for long periods of time between collections. Once the plastic is collected, it will be returned to land and processed for recycling.