Monday, January 23, 2017: This rapid nor’easter – winds will go west by tomorrow -- has a window-rattling sorta soothingness to it. I’m hunkered down at work, sipping on some Starbucks’s hot chocolat…

Monday, January 23, 2017: This rapid nor’easter – winds will go west by tomorrow -- has a window-rattling sorta soothingness to it. I’m hunkered down at work, sipping on some Starbucks’s hot chocolate, leisurely writing and feeling no remorse that I’m not outside. I’ve actually been running myself a bit thin lately, exploring and such. It’s a day of rest, topped off with this evening’s “Antiques Roadshow” episode. Not that I’m fully indoored for today. I’ll be doing ocean and bay checks to see if road flooding surpassing the forecast “minor” rating. I have to think tonight, after dark, could see some spots of moderate flooding in the usually suspect places.

I’ll re-mention that we’re not in a bad astronomical tide period. However, sideshore NE winds pushing 60 mph can crank up the high-tide volume real fast.

Early reports show the backbay areas of Ocean County could top the flooding chart. Another area that commonly gets overrun with baywater being blown in with these wind is Beach Haven, Boathouse/Ketch/Maritime Museum area, which actually protrudes out in the bay a bit. That can be seen looking north from the public dock.

The rain has yet to be a factor, though it has begun to pick up at 2 p.m. It could really ratchet up by this evening, adding to the after dark water buildup. Had it been snow? Not only 20 inches plus but as blizzardy as it get in Alaska. This is the first major hit being taken by some recently-finished beach replen zones. Such blows are to be expected. Even the accompanying sand loss is normal. It then comes down to how quickly and efficiently the rebound/rebuild effect kicks in. With honking west winds by tomorrow, the sand should begin a return berm very quickly. I’ll go broken-record by emphasizing how lucky it is that we now get mainly wham-bam storms and not three-day extended storms. Historically, it’s the third (or even fourth) days of big northeast storms when epic damage is done. For high impact storms like Sandy, damage doesn’t wait. Even 36 hours of stormage is enough to ruin things.

This fish is the beauty of Nature.

Give respect and we release our catch for a better future 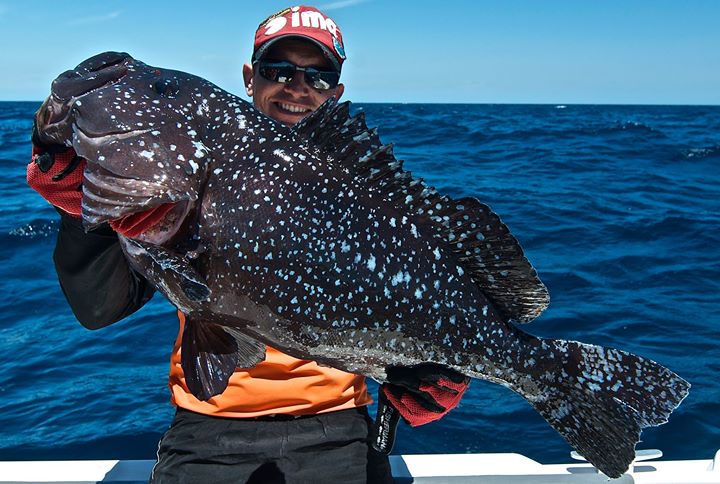 I'm absolutely not one of those bleeding hearts types but I need to go into the mind of this long-lived monster and think of the insane shock it must have felt at being caught -- of taking that one mistake bite this day. At the very same time, how many fish lives were taken to make this creature as big as it is? There is celebrating down below with the removal of this demonic eater. 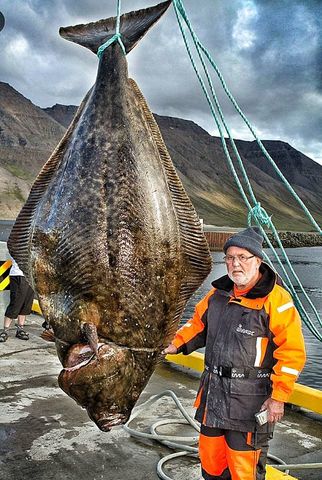 The Seafood Nutrition Partnership (SNP) has launched online education programs and resources to assist in teaching communities and individuals about the health and nutritional benefits of a seafood-rich diet.

“Through our work with health and nutrition influencers, we’ve seen an ongoing need for seafood education resources that supplement current nutrition education initiatives,” said Traci Causey, Director of Programs and Education for SNP. “The online resources we’ve created for them are both accessible and practical.”

The online programs are designed to build awareness and increase knowledge about the health and nutritional benefits of eating seafood; offer skill-building tools to help individuals confidently purchase and prepare seafood for their family; and provide tips and advice to assist Americans in meeting the seafood recommendation outlined in the USDA Dietary Guidelines. For nutrition educators, the resources are structured to be easily incorporated into an existing program or implemented as a new, stand-alone initiative.

“Nutrition educators are frequently asked about the role of seafood in a healthy diet,” said Dr. Judith Rodriguez, Chairperson and Professor at the University of North Florida’s Department of Nutrition and Dietetics, and an SNP Board Member. “This new online resource from Seafood Nutrition Partnership is a major step towards meeting this informational and educational need.”

Within moments of taking office, Trump pledges to roll back measure...

Within minutes of Donald Trump being sworn in as the 45th president of the United States, Trump and his team unveiled the President's new stance on energy issues, which made one of its cornerstones the elimination of the Waters of the U.S. Rule which is, to anglers, likely the single most important piece of legislation in existence. For Trump's detractors, the declaration was little more than a confirmation of fears that they have held throughout the campaign and run up to the election. But for Trump's supporters in the fishing and hunting communities, the stance may serve to put an end to hopes that Trump's pledges to conserve and protect lands for hunters and anglers—which many felt were buoyed by his son's avid sportsmanship—were anything more than empty promises.

If you’re an angler and are not familiar with the Waters of the U.S. Rule, or as it is more accurately known, the Clean Water Rule, then you haven’t been paying attention. A long list of groups fought tirelessly to see the rule come to fruition, including over 200 sportsmens groups—such as Trout Unlimited, the Theodore Roosevelt Conservation Partnership, B.A.S.S., Backcountry Hunters and Anglers, the Izaak Walton League of America and more—which signed a 2014 letter urging the EPA and the U.S. Army Corps of Engineers to “clarify and restore longstanding Clean Water Act protections for headwater streams and wetlands across the country.”

In time, the EPA and corps did just that via the Clean Water Rule. Put simply, the rule made clear that the almost universally beloved Clean Water Act of 1972 included protections for brooks, creeks, streams, wetlands and other water bodies which feed into America’s larger waterways—eliminating confusion caused by court decisions in 2001 and 2006. The rule not only helped restore protections to streams and rivers of vital importance to anglers, it also restored protections to waterways that provide drinking water for millions of people.

Despite the fact that the rule did no more than clarify existing protections put in place by the Clean Water Act (protections were not extended to any new waters) and that there has been no compelling evidence to suggest that the rule has in any way harmed jobs or industry (if anything, the rule is likely a boon to the over half a trillion dollar outdoor recreation industry), Trump made a declaration of his intention to eliminate the rule his first order of business.

The pronouncement was made through the White House website, which was updated within minutes of Trump’s inauguration, and noted

For too long, we’ve been held back by burdensome regulations on our energy industry. President Trump is committed to eliminating harmful and unnecessary policies such as the Climate Action Plan and the Waters of the U.S. rule. Lifting these restrictions will greatly help American workers, increasing wages by more than $30 billion over the next 7 years.

Sportsmen’s groups, several of which were some of the strongest advocates for the Clean Water Rule’s establishment, responded sharply.

“The only threat to jobs here are the ones that connected to hunting, fishing, and healthy ecosystems that support fish and wildlife populations in addition to feeding rural economies that rely on outdoor recreation,” John Gale, conservation director for Backcountry Hunters and Anglers, told Hatch Magazine.

“Ninety percent of all stream miles in some states are intermittent or ephemeral. These headwater, intermittent and ephemeral waters feed the public drinking water supplies and support native trout fisheries. Moreover, 20 million acres of prairie potholes, America’s ‘duck factory,’ and other wetlands in the lower 48 states critical to migratory waterfowl production are considered isolated.”

Gale continued, explaining that “This rule also goes a step further to protect important agricultural practices by language that provides clarity through specific exemptions to give our country’s farms and ranches operational certainty. That never existed before, and those driven by special interests are doing whatever they can to strip away protections for every American who depends on clean water, whether they are drinking it from the faucet or standing in it while casting to trophy trout.”

Whit Fosburgh, CEO of the Theodore Roosevelt Conservation Partnership told Hatch Magazine that "Sportsmen support clean water because they understand the critical role it plays in healthy fish and wildlife habitat and our access to great places to hunt and fish. Continued confusion over which waters are protected under the Clean Water Act not only hurts America’s sportsmen and women—and undermines our ability to contribute to the $646-billion outdoor recreation economy—but also prevents farmers, ranchers, and other industries from doing business with transparency and certainty."

President of the American Fly Fishing Trade Association, Ben Bulis, commented that “President Donald Trump noted yesterday in his inauguration speech that the ‘power’ is going back to the people, not those in Washington, D.C.," adding, "I hope he listens to the 100's of millions of sportsmen and outdoor enthusiasts that rely on clean water. We will do everything we can to protect and preserve the Waters of the U.S. and look forward to representing our industry with the new administration.”

Update: Article was updated to include statement from Conservation Hawks.

In the aftermath of Hurricanes Katrina and Sandy, attention has been focused on rebuilding resilient coastal systems to reduce damage from future disasters. “Resilience” has been defined in a variety of ways; in general, resilience is having the capacity to recover or bounce back from adversity and adapt to be prepared for the future.

As of 2010, more than 50% of the U.S. population (or 164 million residents) lived within coastal watershed counties; an additional 180 million tourists visited coastal areas annually. As a result, significant economic damage and loss of life have occurred from natural disasters and storms in the past decade. Coastal resilience has emerged as one way to address the need to prepare for and adapt to future hazards.

2) Resisting and/or absorbing the impacts of disturbances,

Planning for coastal resiliency encompasses typical and extreme storm events (single as well as multiple), as well as long-term changes in sea or water levels, human infrastructure and changing precipitation patterns, amongst other potential natural and human-related hazards. Resilience can be related to any aspect of the coastal zone, such as ecosystems; the natural or built capacity of a region to mitigate impacts of typical, extreme or long-term environmental processes; economics (e.g. commerce, tourism); community health, well-being and aesthetics; and other benefits of coastal regions.

Managing coastal systems to be resilient broadens the range of actions that a coastal community can utilize to reduce the likelihood for present and future damage. To prepare, communities can comprehensively evaluate the range of typical and extreme events, including unlikely combinations of events that may not have been experienced historically. Measures can be put into place to resist damage (e.g. efforts to reduce the rate of shore erosion) and/or absorb impacts (e.g. a natural or created retaining basin to temporarily hold flood waters and reduce inundation).

Rapid recovery means ensuring there are multiple networks and redundancies so that loss of one evacuation route or protective structure does not significantly impact the system. Vulnerabilities and weak links in the system can be identified and somewhat mitigated by planning to rapidly recover (e.g. stockpiling sand at narrow junctions in a barrier island). Adaptation can be proactively addressed by providing community education, identifying evacuation routes and establishing early warning procedures; and planning for alternative measures and/or actions in advance of future change.

A just-published dedicated issue of Shore and Beach includes papers that summarize research and advancements in coastal resilience, including new planning tools and adaptation methods presently applied in coastal communities. Shore & Beach is a peer-reviewed technical journal of coastal management and science published quarterly by the American Shore & Beach Preservation Association since 1933.