Monday, February 22, 2016: Gorgeous day. It was custom made to sit inside at a work desk bemoaning a gorgeous day.

In the news business, Mondays are busy. It seems people, over the weekend, think about things that piss them off – including some stories that have been written -- and just have to call first thing Monday.

I don’t mind Monday madness since I like folks who get involved … with even the most inane things. In fact, for me, the more inane the more I’m into it.

What I’m not wild about is the way many a caller-in wants me to somehow make things right, via the advancement of story they read, or, more often, a new story based on whatever it is they’re riled over. Of course, in code, that means I’m supposed to exclusively write their side of the story. That works perfectly with most personality pieces/features. However, in politically taunt stories, daring to probe into both sides of the story gets me suddenly injected into realm of “the stinkin’ media!” Whatever, I still enjoy hearing what folks are thinking, especially those so moved that they’re willing to, if need be, sit right down and write me a letter, i.e. letter to the editor.

The far-worst calls are folks who are onto a good story – maybe even immersed into it – yet demand “But don’t use my name or quote me on it.” Happens constantly.

That work-related note made, I did get out for a quick woods jaunt right before dark. Dark is now coming a tad later than it was before … surely the result of global warming, per the Church of the Later Day Global Warmists, better known as the Stormans.

We make the big light leap on Sunday, March 13. That’s when our American Daylight Saving Time 2016 begins at 2:00 AM. For me, that’s akin to a celebration-worthy event. Let’s all sing a couple verses of “Here Comes the Sun.” 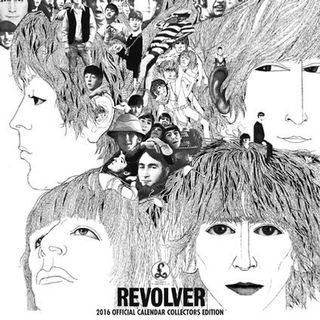 It had long been secreted from music media sites? In an insanely complex legal situation, changes came about in the wake of Michael Jackson’s passing.

In 1985, a devious King of Pop paid a reported $47.5million for between 160 and 260 Beatles classics, including Yesterday and Let It Be. He had outbid Paul McCartney for the music. Thereafter, Paul openly hated the King of Pop. Jackson’s death only slightly reduced Paul’s fumings. News reports have Paul possibly getting the Beatles songs back, though that has yet to even remotely play out. Also, the estate of Jackson is in the mix to buy back the shares Michael had sold before his death.

Whatever, it’s amazing to hear the Beatles songs again. They were the most important rock band in music history. And they sound it. Below: Listening to All You Need Is Love ...

In the woods yesterday, I had a quick chat with an ignobly-dismounted dirt biker.

The quite brightly attired dirt biker, had noisily “dropped” his buzzy mount right near where I was digging old bottles. His body was a-fly when I looked up.

I ran over to check on him. I was properly concerned, considering the odd crunching sounds I heard as he hit the bushes.

It wasn’t until he raised the greenhead-fly tinted face shield on his spaceship helmet that I saw a smile, indicting either no injuries or a knocked-silly state of mind. 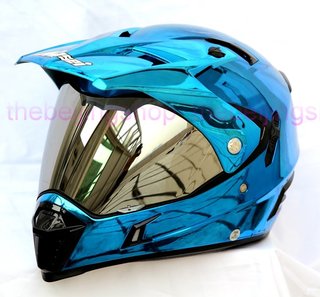 He was a slightly older guy, who seemed shocked at my instant on-scene presence.  Hey, the feeling was mutual considering it was private property.

Brushing himself off, the rider seemed far more concerned over his riding wear, which was made up of an odd assortment of pattern leather pieces in cobalt blue, lime green, blood red and standard black. I was soon to learn it wasn’t just any dirt biking outfit. I knew something was different when he angstfully asked me to check of the outfit for tears. I told him I didn’t see any. A minor hoot of relief went up. I though it was over his not having suffered any bodily puncture wounds. Not quite. Turned out he was doing a leather check. Catching me looking at him kinda oddly, he explained the outfit was actual kangaroo leather. Ah, that explains everything. Wait a minute, no it doesn’t.

He went on to explain that the out-there jacket and pants were Aussie imports. I think I read the brand name Spidi on them, which I could only guess was the closest an Aussie could come to spelling Speedy.

Suddenly interested in what I just might look like in, say, a glowing red, yellow and cobalt blue kangaroo jacket, I made a little cost inquiry. It turned out this dirt rider was enwrapped in well over $1,000 in kangaroo skin. Crimy, Mate! I think even his boots had a hint of outback to them. 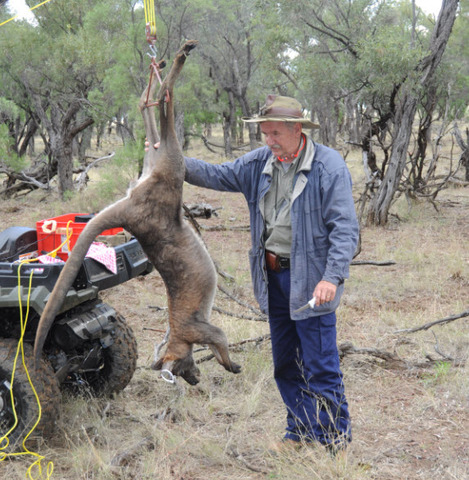 I suggested it would be cheaper to just fly down to Sydney, run into the outback and skin any roadkill kangaroos or wallabies I came across.

My softer side then surfaced. Maybe I wasn’t all that enamored with Down Under folks skinning all those cool kangaroos, even if they did practice skin-and-release. 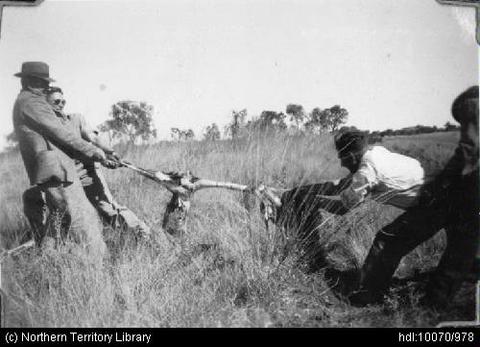 Of course, I couldn’t overlook the impressive endurance-point of the “roo” skin being worn by this rider. As he fought like the dickens to get his flooded bike started again, then dust-clouded off, his body and leather look was no worse for wear. Maybe just a vest worth of kangaroo skin would work for me. The roo would then still be hopping around, only missing a vest-shaped section of skin.

There's more than one way to skin a roo. 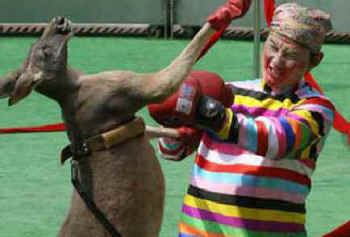 MARTHA'S VINEYARD Fish House is scheduled!!!! If you are interested in coming up to fish the Vineyard with us let me know and I will send available dates and details. Dates are June 5-19. This is a great trip, lots of fishing, easy fishing, mostly wader fishing. 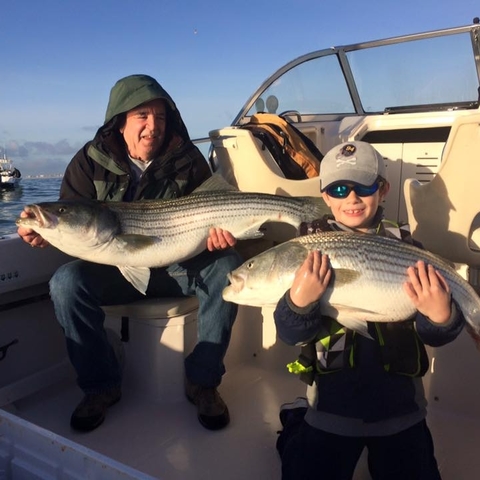