1/22/2016 8:23 PM: This is an excellent time to let the riled pre-storm rhetoric retire for a snowy slumber of sorts. As flakes begin to fly and gather on LBI, it’s now far more helpful for one-and-…

As flakes begin to fly and gather on LBI, it’s now far more helpful for one-and-all to simply settle in -- and watch. If possible, pass on any useful observations, particularly any trouble spot. Hopefully there no snow-thunder. I don’t know if Cantore’s heart can take it.  Recall this?: http://www.youtube.com/watch?v=qJt4nV6hM1Y 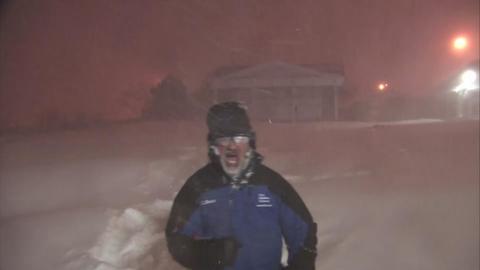 Although Facebook posts have a small timeline, i.e. “posted two hours ago,” it helps in tricky situations like now to actually include the time a report is being made.

USE YOUR PHASER, SCOTTY: For the first phase of this storm – and I promise it is going to a multiphased storm here along the coast -- you might want to pull your vehicle’s windshield wipers away from the glass. With the onset of this storm, it’s still plenty cold enough for those costly wipers to freeze in place after you park -- and the warm water from your heated windshield sheds into the wiper’s resting place.

It also helps to have the wipers pulled out when removing snow. Nothing is worse than trying to recover after a snow storm and having ripped wipers that streak and smear instead of clean – as you constantly have to spray the windshield to clean off salt spatter from the roadways. You can likely tell that’s another of my been-there/done-that things. Maddening. 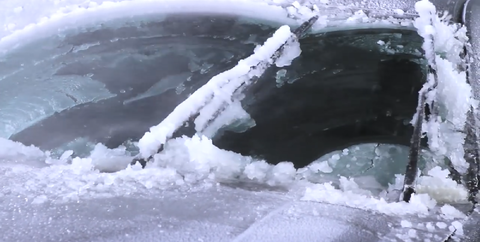 Oh, you did remember to top off your windshield cleaning fluid, right?  You forget?!

As to that multiphase angle to the storm. I’m betting we could get a decent snow phase through a good chunk of the night. Then, the NE winds will slowly warm things up, ushering in a sleet and, possibly, a frozen rain phase.

As noted before, frozen rain happens when surfaces are below freezing, instantly changing water/rain to ice. It’s a lot like the Zamboni effect on an ice hockey rink. You might ask: If it’s warm enough too rain, wouldn’t outdoor surfaces also be above freezing. Not necessarily A snow-cover can actually seal over the frozen ground and such. In a way, it’s insulating it from the warm. Then, in places where the rain seeps through the snow, it hits still freezing-cold ground and objects, making for a transitional period where some nasty ice can form. 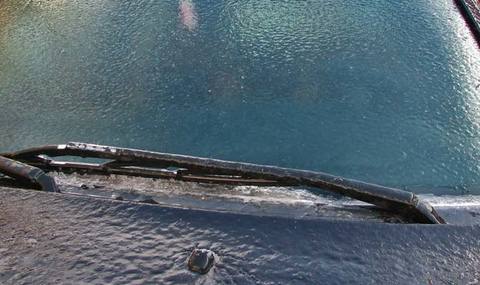 The rain phase remains the most problematic by my thinking. If it begins early in the day – and snow lovers please don’t shoot the messenger – it could literally melt away every inch of overnight snow. If, on the other freezing hand, the wind has a lot of north – with so much icy air in the atmosphere up north – the rain period could be minimal … or even nonexistent. No rain is highly unlikely, though that is exactly what happened when we got nailed by 28 inches of snow back in (I believe it was) 1978. Of course, that storm there was 34-degree ocean water, unlike the current 40s not that far offshore.

The transition back to snow could come as early as tomorrow evening. Then we get into the precipitation wrap-around phase, when the storm is out at sea but potentially thick snow-bands begin curling in, counterclockwise, in out of the north and west – if you’re watching the radar. While those departing storm bands usually mean minimal snow for the coast, this low will be so wound up by then it could loose a load of white stuff. Making matters worse, the Jersey shore will remain in the closing snow window later than likely anywhere else on the coast, except maybe eastern long Island and far-east New England. That said, it all depends on the when we transition back to snow and if those snow bands form. Bridge Closures Possible Depending on Wind Level, According to Police Chief

Moran: Stafford ‘Prepared But Not Panicking’

In the event of sustained winds of 45 mph or greater, cars would be allowed, but high-profile vehicles such as box trucks would be prohibited, Giberson said.

“We’re prepared, but not panicking,” according to Stafford Township Administrator James Moran.

The New Jersey Department of Transportation is prepared to clear the Causeway Bridge and trestle bridges with plows and loaders, he said. The only section he foresees being problematic is the narrow part where it’s one lane in each direction.

But it all depends on a lot of different variables that no one can truly predict, he added.

Alerts have been issued to residents via phone and the MyPD app, Moran said.

The parking restriction on Heron Street has been suspended for the weekend to allow Mallard Island residents to park cars on the higher ground there. People can also park at town hall, at the Home Depot on the garden center side of the building, and at St. Mary’s Parish Center on McKinley Avenue. St. Mary’s and Ocean Community Church are also standing by to become emergency shelters if necessary.

For the town’s part, the plows and sanders are at the ready and the crews are resting up in anticipation of getting called out to work tonight. Trash and recycling were collected early today in preparation for the snow.

But there has been no talk of evacuating, Moran said.

How to Make Your House Insta-Cozy For the Blizzard

Once you’ve grocery shopped, put fresh batteries in the flashlights, and turned up the heat, it’s time to think about ways to make your house cozy for the impending storm. We’ve all seen the Instagrams: steaming cups of tea left on the sills of frosty windows, cable-knit blanket cocoons, socks toasting in front of the fire. We can’t help you with that last one unless you’re architecturally blessed, but you’re going to be stuck inside for the next 36-72 hours, so you might as well act out some of those darling photos. Here, 7 tips for living out your Instagram-inspired snowstorm fantasies.

If you’re going to be inside all weekend (with the exception of a few hours spent ambling through the snow), you’ll want your house to feel calm and serene. So take 15 minutes in each room to first pick up any items that belong elsewhere, and then do a quick tidy. Don’t worry about actually cleaning–unless you’re in the mood–instead, this is about restoring visual order.

2.Pull a chair up by the window.

It’s worth taking the time to rearrange your furniture a bit if you want to have the best seat in the house to watch the flakes fall. Pin back the curtains, grab a comfy chair, and arrange it so your view looks out the window.

Your morning coffee won’t get you through a whole day of snow gazing, so stock up on some decaffeinated herbal teas, hot cocoa mix, wine to mull, and apple cider. As the day turns to dark, feel free to slip a little bourbon in there.

Crisp sheets feel good in any weather, and a well-tucked bed piled with your favorite blankets will feel especially alluring while the flakes fall. If you’re feeling really inspired, turn your heating pad into a slapdash bed warmer. Just slide the pad down into the sheets for a few minutes, warming things up before you get in. (But don’t forget to monitor things carefully, and turn the pad off when you get into bed to avoid the risk of fire.)

There must be at least a half dozen magazines and a few good novels lying around that you’ve been meaning to get to. Tidy them all into a little pile to give yourself some options (and a photo opportunity). Stack that pile next to your chair, position your hot beverage nearby, and dig in.

All you need is a cozy corner, an assortment of pillows and throws, and access to a power outlet (so you can keep your laptop charged while you binge watch Empire, obviously). The key to good nook is plenty of smooshy pillows to fold into whatever shape is comfortable and, if you have a sheepskin, laying one down for optimal snuggling.

You’ve surely stowed away dozens of samples of bath salts and scrubs over the years. Now’s the time to break them out, line them up along the edges of the tub, and fill it on up. Put on a mask, grab a novel, and step in for a nice long soak. (But be sure to apply lotion after. Hot water can dry out skin.)

And, of course, stay safe. The CDC’s Preparedness Checklist has all the info you need to prepare for winter weather.

Is there a bigger drama queen on the planet than Jim Cantore?