Below: You'd think they would have learned after genetically developing killer bees.  Saturday, November 14, 2015: The winds are making up for any lost time yesterday. It’s not just gusting over 3…

Below: You'd think they would have learned after genetically developing killer bees. 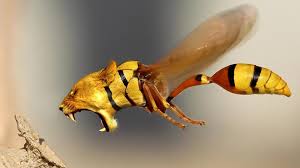 Saturday, November 14, 2015: The winds are making up for any lost time yesterday. It’s not just gusting over 30, it’s also blowing steady at over 20 mph. Nonetheless, I just drove a chunk of beach and there are plenty of chunk-casters out there, mostly mobile anglers using their buggies as wind blocks. There are also a few walkers-on but they’ll be going home with quite a wind burn.

The ocean is pretty much flat, as was expected. The temps remain 58 to 60. The water has gone turbid, though not to an extreme … yet. It'll get nippy tonight but in nothing flat the weather will turn oddly mild for all next week. That could mean south winds to perk the bite.

For the few miles I drove, I saw no surface action, like surface baitballs or bird play. However, a number of boats are out there fighting what has to be serious snottiness. Many a dedicated boat angler is running on memories of last week’s bass bite. Per what little boat chatter I’m hearing this a.m., there’s nothing resembling that recent frantic-catching action.

Getting back to surfcasting, a few very nice (40-plus) rogue bass and some choppers were taken in the surf yesterday; all on bunker chunks.

Here’s a look at the Classic weigh-ins. I should note that a 40-pounder was caught in the surf by a non-contestant.

To fish the surf today, it might actually be best to pin rods with extra lead. It offers a tight bend that doesn’t get all antsy with the gusts. What’s more, the fish now being sought can easily pin a rod even if it’s anchored with five ounces of lead or more. Using a circle hook on a fishfinder rig will assure a hookup shines through wind “noise,” that nervous windblown rod tip. 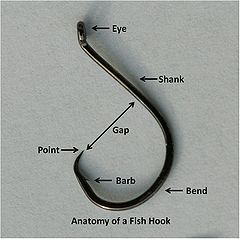 For wanton pluggers and artificialites, brightly colored deep-divers (including Rat L Traps) can work well. Jumbo poppers, retrieved erratically and nosily (bog pops then stops) might also draws some looks, despite the water being murky. For me, these are superb jigging conditions when using a steady, retrieve. That means plastics should include Sassies, Wildeyes and any other plastic with a fast-wagging tail. It's not great day for big hops and jumps of jigheads since it leaves too much of a lag time with the wind bowing the line. 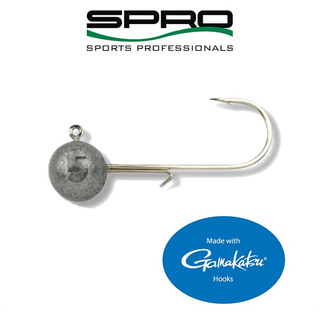 Below: Still the sharpest ... Kalin Counterintuitively, I've also had real good luck on days like this by slowly straight-retrieving sand-eel imitations; offering no action at all and allowing the jig to swim deep -- with a stop or two thrown in. My favorite sand eel imitation remains Fin-S Fish "Arkansas Shiner."

A close second is the Felmlea "Real Eel." These can be eel-rigged (too much work) or simply run off a nice jighead. Don't worry about how long these Felmlea plastics run. A bass knows to completely suck in an eel. Admittedly, a blue will tail-gunner it but blues have not been a huge problem for plastics this fall. 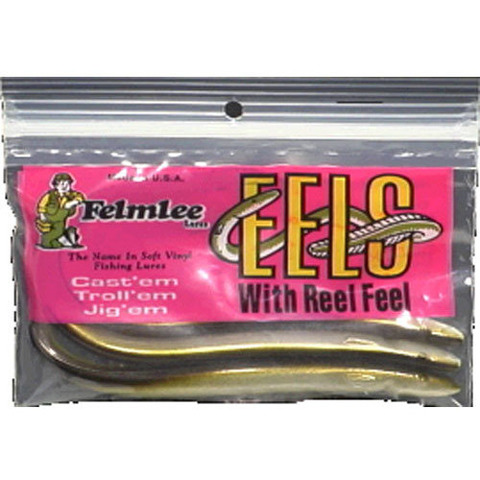 I'm still not sold on spraying them with the likes of GULP essence, though I used to soak my Fin-S in (oddly) shedder crab oil and it seemed to improve the action. I've never trusted WD-40 for diving plugs or jigs. It surely works with surface swimming plugs, as it leaves a trails of essentially bunker oil emanating outward in rainbow hues. Be sure and check out my next article in The Fisherman magazine which chronicles 2015 as, 'The Year of the Bait Fish' with highlights from Maine to New Jersey. Here's an example of one of the outstanding sights from 2015...a bait ball of mature menhaden maneuvering the ridge line between the wash and the trough, right next to the shoreline.