Above: Holgate's dead forest run.  Here's a look at the dislodged peat from when Holgate area was vegetated ... possibly as a sedge Island way back when:  https://www.youtube.com/watch?v=DfOtEol64Y… Here's a look at the dislodged peat from when Holgate area was vegetated ... possibly as a sedge Island way back when:

Some bluefish are showing in the surf. See Classic scoreboard at http://www.lbift.com/tournament.php?id=839 I'm going out for some firsthand info (midday). 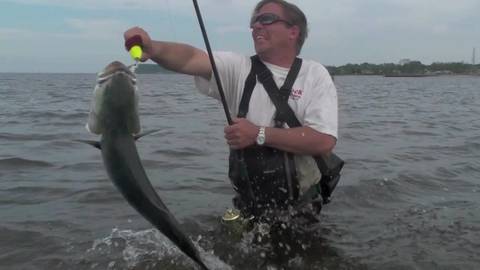 Sunday, November 01, 2015: It’s gusty out there but not overly raw. In fact, as of midday – adjusted for Standard Time – there was a dang good showing of surfcasters; split between drive-ons and walk-ons. The entire upcoming week would seem surfcasting friendly, with some of the lightest winds this entire fall about to move in. Air temps will be seasonable to slightly above normal. This is before we start to see the oddly warm side o winter starting next month. Do not pick this year to bet in favor of a white Christmas at the Shore.

Here are the long term odds of 1", 5', 10" snow on Christmas morning. With this year's Godzilla El Nino working against it?

The ocean is clean and should remain so for days to come. However, heavier surfcasting equipment is called for -- you know, just to be ready for the imminent onslaught of chopper blues and cow bass.

Speaking of big bass, I'm among a dedicated group of writers an reporters who refuse -- to the end, if need be -- to refer to the largest most impressive of bass as "slobs."

Oh, you know you've heard them called that and you've even pondered trying to sound amazingly hip by calling anything over 30 pounds as "a slob." Maybe you've practiced in the bathroom mirrow, "Yeh, I was plugging Holgate and hooked this insane slob ... It hadda be pushing 40 pounds of, uh, slobbery. The slob got away after it straightened my hook. I fished the rest of the afternoon and all I got was a couple rodents ... oh, wait, I meant rats."

Below is an actual ratfish ... 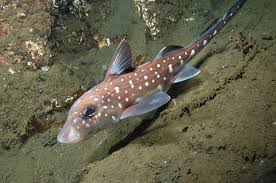 There is not such thing as a slobfish ... unless you want to rename this thing: And what's with fish "straightening hooks"?! What in bloody hell do you think drags are meant to prevent!?  I think they should go back to embossing a little message on fishing reels, right near the drag, reading: "To prevent hooks from straightening when in a fish's mouth, use this drag device. See manual for directions." 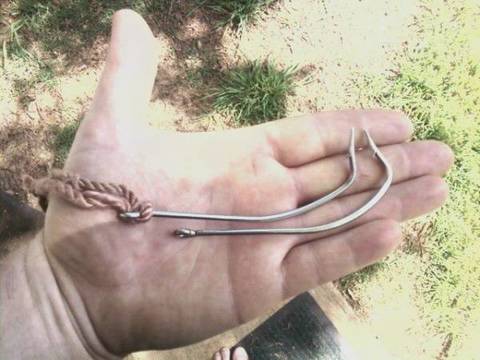 I realzie I'm a practiced panfisherman but I still question the concept of "getting spooled." Oh, I know what it means. I also have an abiding sense of distances. A guy told me he had gotten "spooled' and I looked at the reel which got spooled. The friggin thing held over 200 yards of line. That's two friggin football fields worth of line ... off into the distance! What the hell did he hook into that it received the bait kickoff in the end zone and not only fought forward the length of the football field but no sooner did it reach the other end zone than it doubled back and ran the entire field's length again -- for good measure. "I was down to the last few wraps on the reel!" Really?! Well then the question arises as to what happened when you got down to the very end, where the braided line is tied to the spool? That line ain't breakin', dude. I envision that spooled angler flying through the air, like that grandmother walking a great Dane when the dog sees a rabbit it wants to chase. 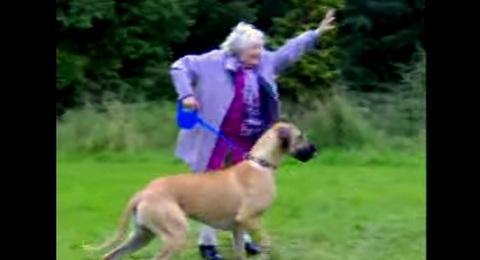 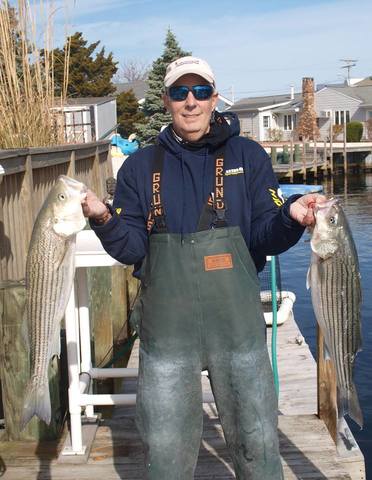 this week I am stoked at the weather forecast. Looking to sail an open boat Monday with 2 spots open (3 person max). This will be a light tackle plugging and live bait trip fishing around the inlet and back. Also have the other days and magic hours trips available. Fishing is hot and weather is going to be warm so give me a call if you want the do a back bay / inlet or ocean trip

But back to the current run of slow luck on the catching front. Hey, how can I not call a spade a spade and a skate a skate? The big news as I did a quick ask-around was a spiny dogfish of decent size. I saw a very large spiny dog about to succumb to being caught, despite decent efforts to resuscitate it. I’m sure it’ll wash up later today and I’m going to skin it to experiment with making a shark hide sheath. I’m told that worked dogfish skin becomes very subtle, needing a lot less kneading to make it shapeable. I’ll know soon enough.

That, of course, is a minor upside to the now highly-aggravating showing of surfside junkfish of mainly a skate ilk. Overall, I’m fully into oddly-valued “garbage fish” but what one does with dozens of small skates is even a tough call for the fine folks at garbagefish.com. Below, they do offer a read and recipe of skate. I’ve eaten them and short of an odd texture when in the mouth, they’re fine to dine upon. The trick, for me, is to cook them whole and pick the white, flounder-looking meat off the corrugated cartilage in the wings. Larger skate can be easily filleted. “Perhaps the most enigmatic of our garbage fish species simply because of the difficulty in cleaning them. That is not to say they cannot be done well after a few tries. Skate is my favorite of our garbage fish because they are more prevalent, and a nice 4 pound fish can yield quite a bit of meat. But, it's the meats unique difference from most other fish you'll find that make it number 1 for me.

“Skate are a very delicate, velvety meat which has a striated pattern/structure to it. You can poach it, fry it, bake it, make it into fish cakes, or even serve it raw. The urban skate myth is that they are used to make fake scallops by using a cookie cutter/puncher to cut them from their wings. I've talked with many a commercial scalloper and none of them have corroborated this rumor. I doubt this happens as skate meat and scallop meat are nothing alike but good luck getting a commercial fisherman to admit he makes counterfeit scallops.

“We recommend experimenting with skate meat and not overcooking your fish as it will dry out easily. But, one thing is for sure, skate has a delicious flavor to it all its own. Not fishy, not gamey, not difficult to prepare. You don't have to soak it in grandpa's blue fish mayonnaise marinade to make it edible. I first had skate 10 years ago at one of the nicest Italian Restaurants in Baltimore, Md. called Kali's Court, in Fell's Point. I paid nearly $30.00 to try something I'd been throwing back for years and I've been hooked ever since. Unregulated, we recommend you take one or two, but not the whole ocean's worth of these fish to try out and see what you think. Email us if you have any questions.”

Me and a buddy caught these off the surf at 1pm or so today. Bunker chunks in pretty close. 28 and 31. They're biting in the daylight now...

Breaking in the rod ;p